[pics] Story Told! Land Use Guy from the Navy

RLTC3 training5 vlls1
We asked ModernJeeper contributor, author and land use advocate Todd Ockert to tell his story.  We featured him a while back as one of...

How does a guy go from doing Naval Aviation Maintenance to doing Land Use?

It all started with a simple post on the California Four Wheel Drive Associations forum years ago from Dennis Mayer (R.I.P.).  He asked if people were interested in learning Land Use through a course called Volunteer Leader and Land Stewardship (VLLS) workshop. 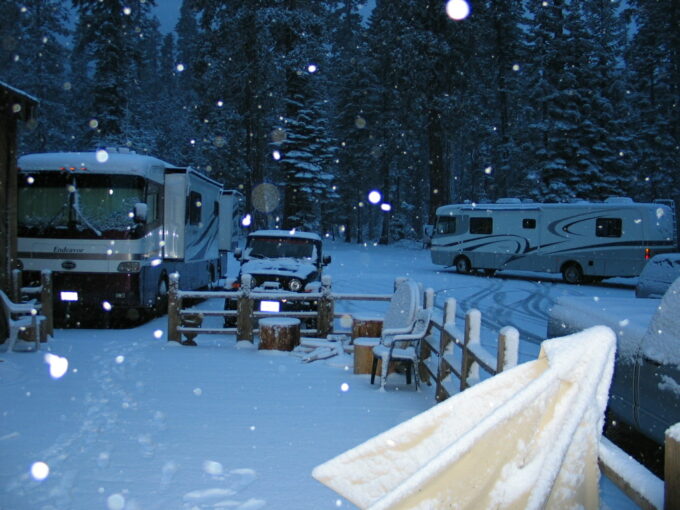 Snow at Robbs Resort during the VLLS workshop

I posted that I was interested and then forgot about the post.  Around 6 months later Dennis reached out to me and asked if I was still interested in attending.  I was a money poor Navy guy with a Jeep and told Dennis that I did not really have the extra money to attend.

I thought I was going to have to pay for food, lodging and all the fun stuff besides the travel to get there.  The training was about 5 hours north of us at the old Robb’s Resort.  Dennis let me know that everything was paid for except my travel.  The training was scheduled for November of 2006.

I loaded up the Jeep with a few things and headed up to Robb’s Resort.  I came rolling in at around 11:30 pm and met Randy Burleson (Jesus) and he showed me off to my cabin for the weekend.

This was going to be three days of intense land use training taught by the master Del Albright.  I showed up at the main cabin the next morning to greet my fellow campers and trainees for the weekend.  Breakfast was provided by the sponsors of the training, and they pulled out all the stops to ensure we had plenty of food.

Oh, did I mention that the bar was also stocked.  No drinking until training was done for the day though.  As you can see in the picture, it did snow while there and made for an interesting drive home. 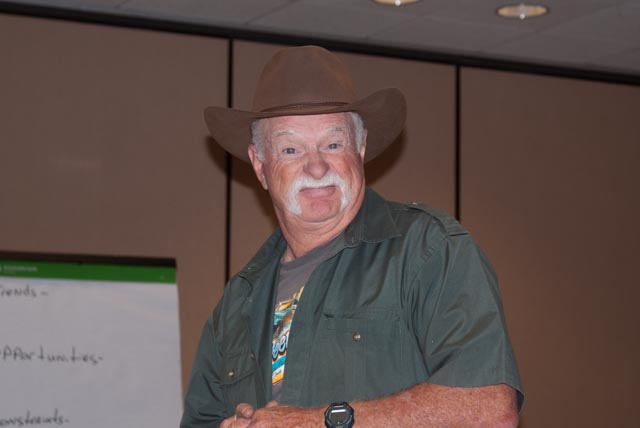 VLLS Instructor Del Albright, the Army guy, shows his reaction to a Navy guy being in the workshop.

This course is based on the 10 module Recreational Leadership Training Course (RLTC) that Del has developed.  I still have the binder from this training and have also completed the 10-module training since then.  This training was developed from Del’s military training and fire service training.

The Incident Command System (ICS) that is shown in the training is no different in function than the ICS system that is used around the country for fires on public lands and other disasters.  We had to develop an ICS plan for a weekend event during our training modules.

We all graduated with honors at the end of the weekend and headed off on our separate journeys home.  I am not sure how many people Del has had through his training over the years, though I know a few of them have continued to use the training and became leaders in the fight to protect our access.  If I tried to list them here, I would forget someone. 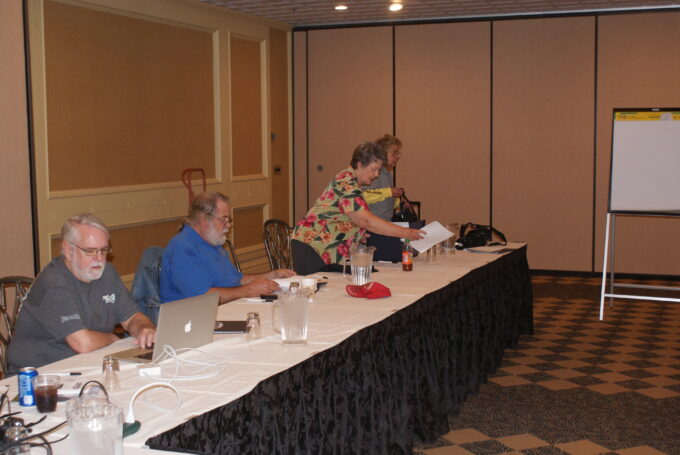 I took this training and used the network that was formed within the group to continue to learn more.  I met John Stewart (pictured above) who was on the board at United Four-Wheel Drive Association (UFWDA) as their Director of Environmental Affairs at the time, and he helped get me involved with them. 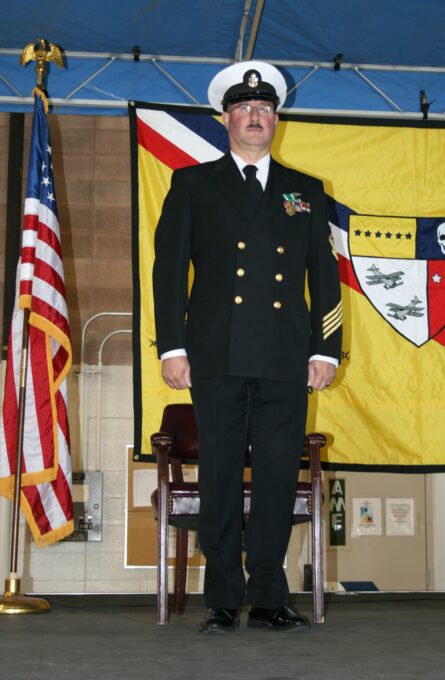 Retirement day from the Navy.

I was still active duty Navy at this time, and it did make things hard if I had to deploy or such during this time.  I stepped away from UFWDA when I had to go on a deployment so they would not have a gap in land use while I was deployed with limited internet access.

Around 2009 Del reached out to me to fill an opening on the BRC board and this seat is for 3 years.  I jumped at the chance to get back on the board of a national organization that was in the fight for land use.  Not that I was not doing anything during this time off.  I was active in California Four Wheel Drive Association and helped them in different capacities over the years. 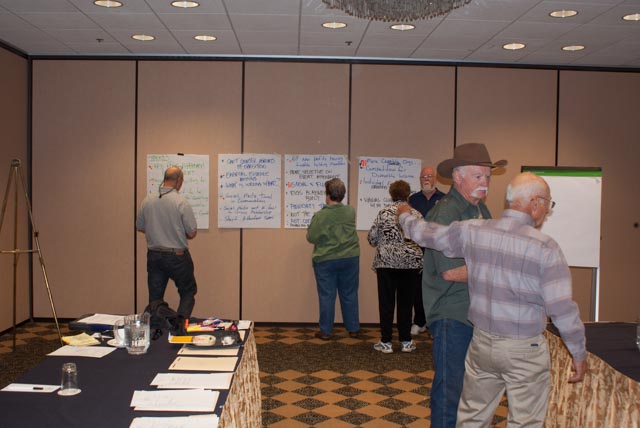 I was elected to the board at BRC and attended their fall 2009 board meeting in Las Vegas to meet everyone.  Around 2012 I became the board secretary and then in 2015 I became the board President.  I held this position before I stepped away for family reasons in 2018.

During all this time I went through a divorce, got remarried to a wonderful woman and became better friends with Del Albright.  Met many people who are still friends and land use associates.   I retired from the Navy and went to work for Chevron.  Then made a move from California to Texas for work, and the land use issues here in Texas are far less than probably any place else.  That is because we have very little public lands here.  Most recreational wheeling is done on private land and private parks. 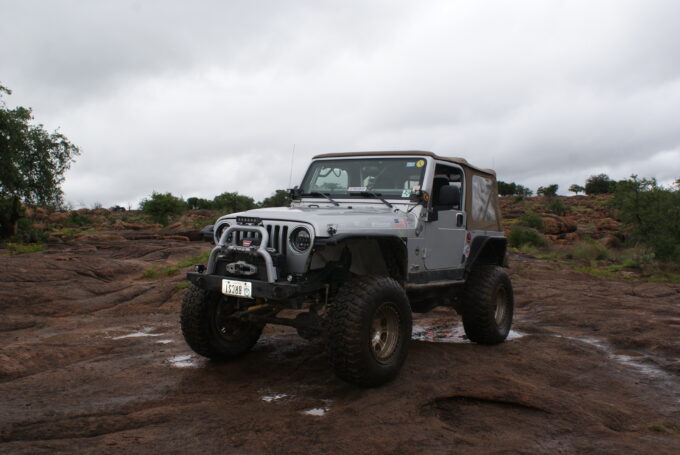 Crawling private OHV parks is more the style in Texas

I have used a lot of the leadership training from my days in the Navy to the RLTC training Del provided to help organizations succeed.  For me, that is the best part about being involved in these organizations and ensuring that public lands are available way into the future for the new generations to recreate on.

One of the best things I did in all this, was take the VLLS class at Robb’s Resort and meet people to network within Land Use and Access.  The one group that I am still very active in is the North American Motorized Recreation Council (NAMRC), and this group meets just prior to the Specialty Equipment Manufacturers Association (SEMA) show in Las Vegas in November.  I have taken over most of the facilitation of this meeting and working to move it forward.

This is how I pretty much started and continue to progress my work on Land Use and Access, and trust me, I do not regret any bit of it.  All the new friends I have met while attending events representing the organizations along the way are great and the work that has been accomplished to maintain trails and access is great in this team concept.

Let’s continue this journey, and get more people involved.  As a team, we are a better organized and recognized fighting force for land use and access! 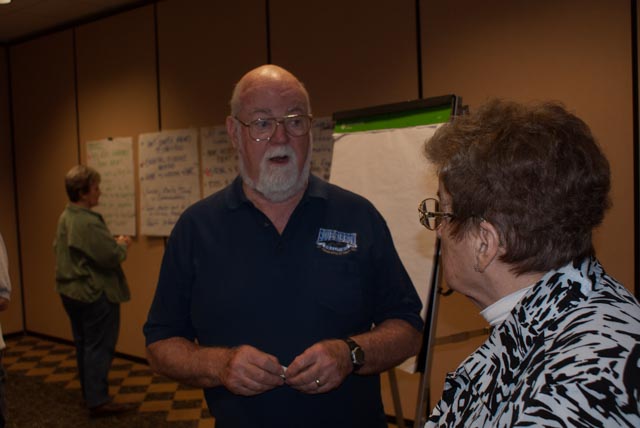 Jack Welch and Kay Lloyd at the BRC fall meeting in Las Vegas.  Kay was at the very first meeting when BRC was formed with Clark Collins.

Del Albright and Glen Zumwalt discussing land use issues at a BRC meeting. 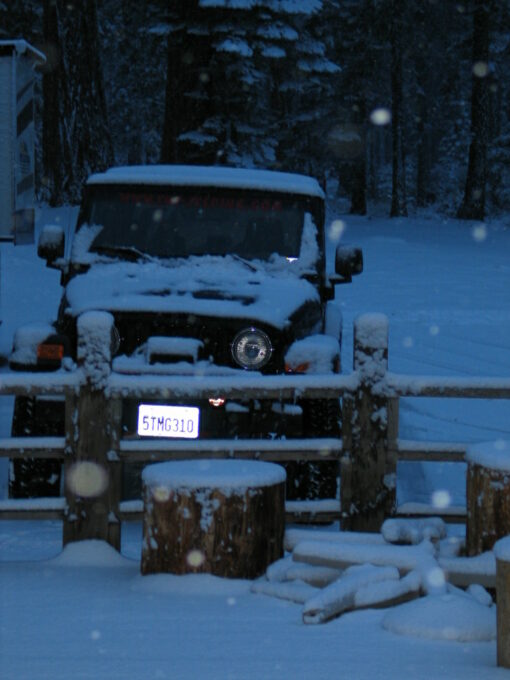 Jeep in the snow at the VLLS workshop at Robb’s Resort. 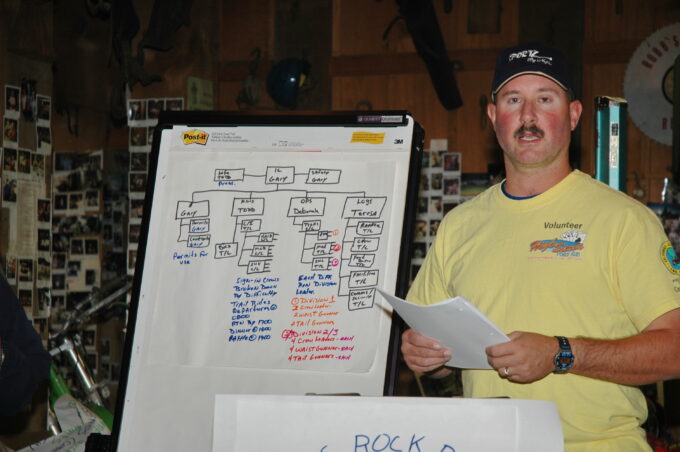 One of the many presentations we had to do during our workshop. 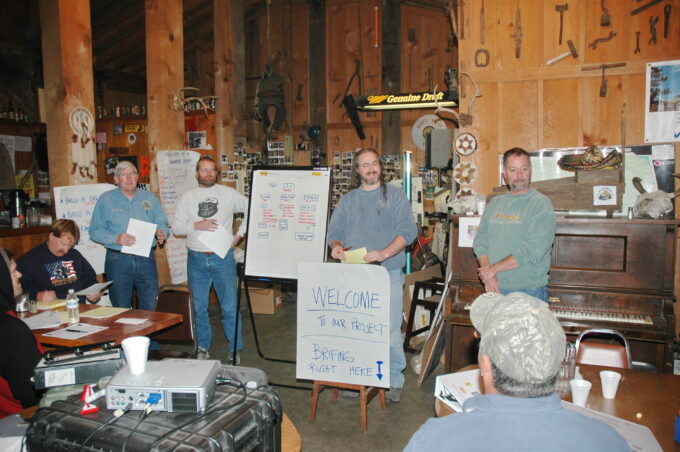 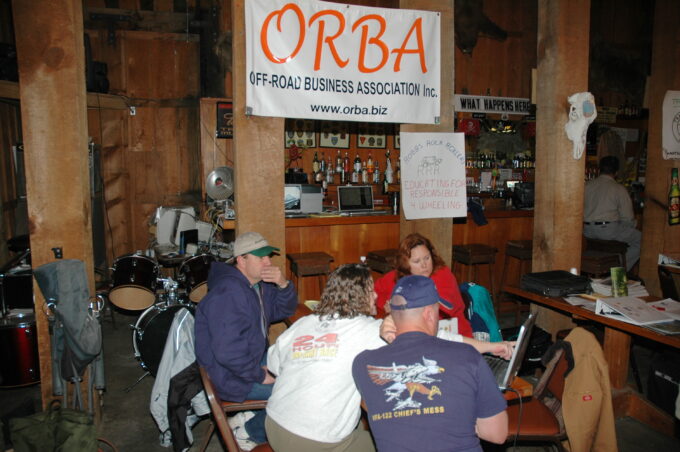 Each table named their group. Robb’s Rock Rollers working on their plan 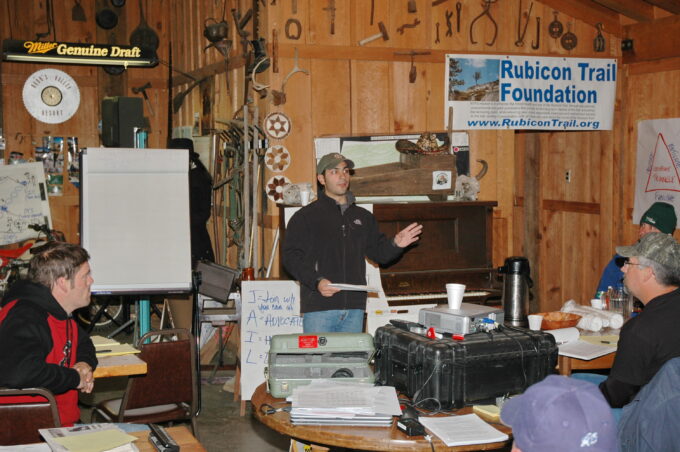 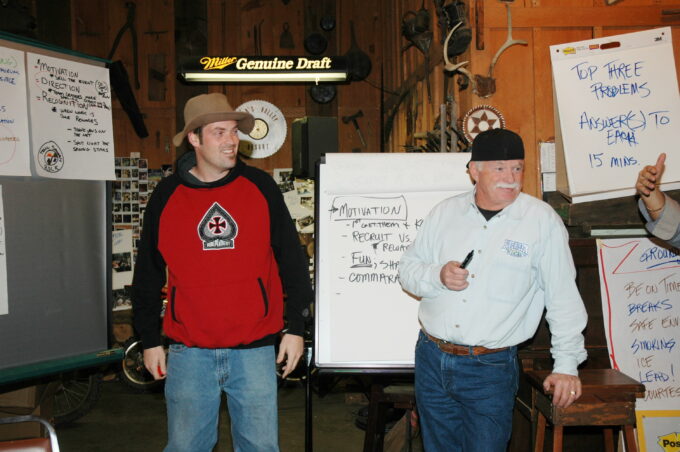 Changing of the “Hats” 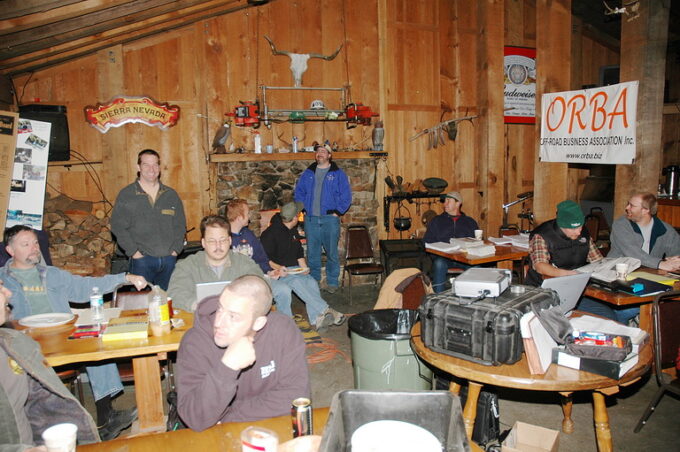