Continuing our Week of Heroes today we bring you two heroic organizations. 4 Wheel to Heal from the East Coast and Wheelers for the...

Continuing our Week of Heroes today we bring you two heroic organizations. 4 Wheel to Heal from the East Coast and Wheelers for the Wounded of California/Nevada from the West. 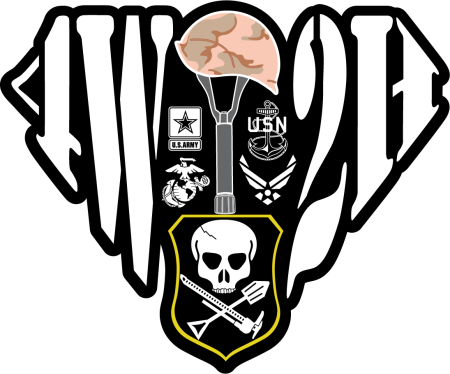 John Purser joined the Air Force in 2001 and is currently a Technical Sergeant in the Air National Guard. Inspired by his father and grandfathers to serve, John has never stopped the pursuit of helping others whether as part of Operation Iraqi Freedom, Operation Enduring Freedom and Operation Noble Eagle or as Co-Founder of 4 Wheel to Heal.

John took the time from his busy schedule to share some information about 4 Wheel to Heal for the ModernJeeper community.

What inspired you to start 4W2H? – We wanted to give back to the Veteran Community. We loved Off-roading and the camaraderie reminded us of the time spent in the service.

What is the mission of 4W2H? – 4 Wheel to Heal is a Non-profit organization that’s dedicated to taking Wounded and Disabled Veterans Off-Roading.

To date how many Veterans have you served/helped? – We average about 20 events a year in 6-7 different states. Our average Warrior count is about 1 – 3 an event. Some bigger events we have had 7-10 Veterans at.

Can you tell the ModernJeepers about a couple of the Veterans you’ve helped? – One Veteran I am always happy to have supported would be Cody. He is a retired Marine and Purple Heart recipient.

What’s his story and what has he personally gained from the 4W2H experience? – Cody lost his leg to an IED (improvised Explosive Device). Cody has been on a few trips with us. The most impactful would have been Moab in 2015 for Easter Jeep Safari. Cody had an anxiety attack on the trails and we worked together to get him breathing and calmed back down. Later on that morning him and I were standing on an overlook at a beautiful canyon and we spoke about how much he appreciated this trip and how great it was to be around other Veterans and off-roading.

How many volunteers does 4W2H have? – 4 Wheel to Heal has around 70 to 80 dedicated Volunteers in a number of different states.

Are you looking for more? – 4 Wheel to Heal is always looking to expand the mission and looking for dedicated Volunteers.

What is your favorite story from over the years? – Too many to count. One would be conquering the Mud Hole at Big Dogs Main Jambo with a Wounded Warrior named Eric Hunter. The crowd was cheering us on and it didn’t look like we were going to make it but my Jeep kept pulling and digging and we walked out the other side with the crowd going nuts. It was a great moment to have spent with an amazing Amputee and Friend.

What is the most inspiring moment you’ve experienced over the years? – I always am caught off guard a bit, realizing how impactful our mission is, when the Veterans we bring out thank us for the experience. I always tell them that we do it to thank them for their sacrifice and to introduce them to our sport and the camaraderie of our offroad community.

How can ModernJeepers learn about and support 4W2H? – Follow 4 Wheel to Heal on Facebook and Instagram. We take donation through Facebook and PayPal on our website www.4w2h.org. We are always running events and supporting Veterans so any type of support goes a long way. 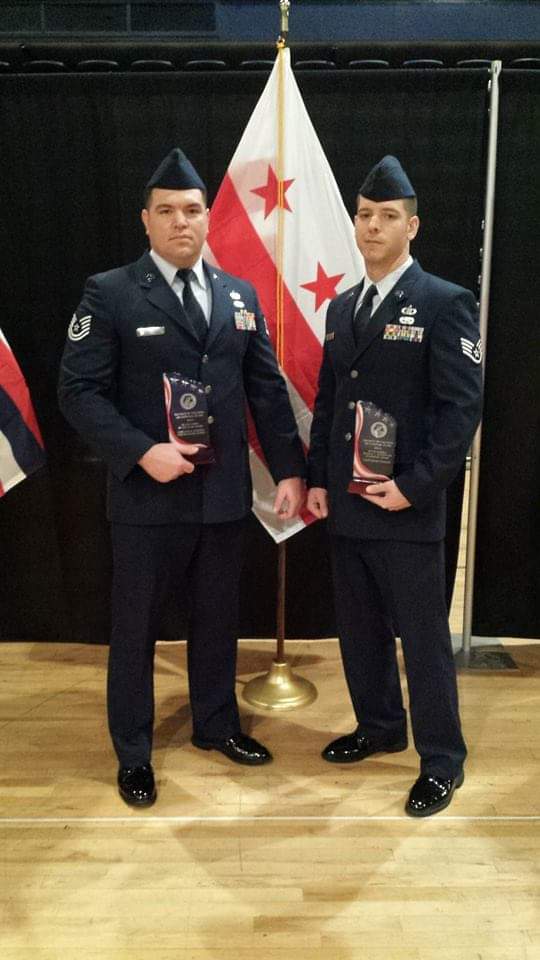 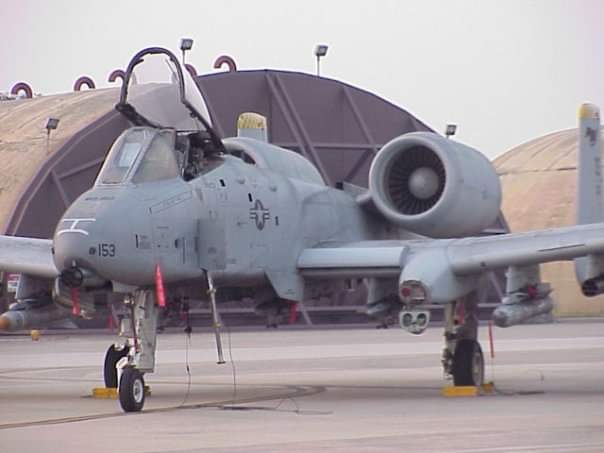 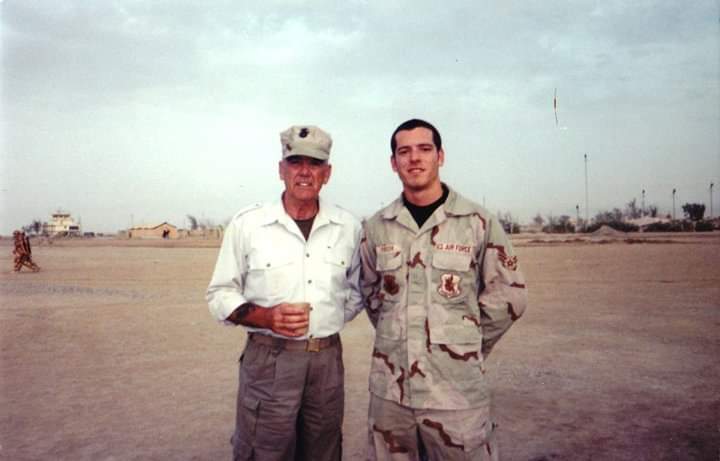 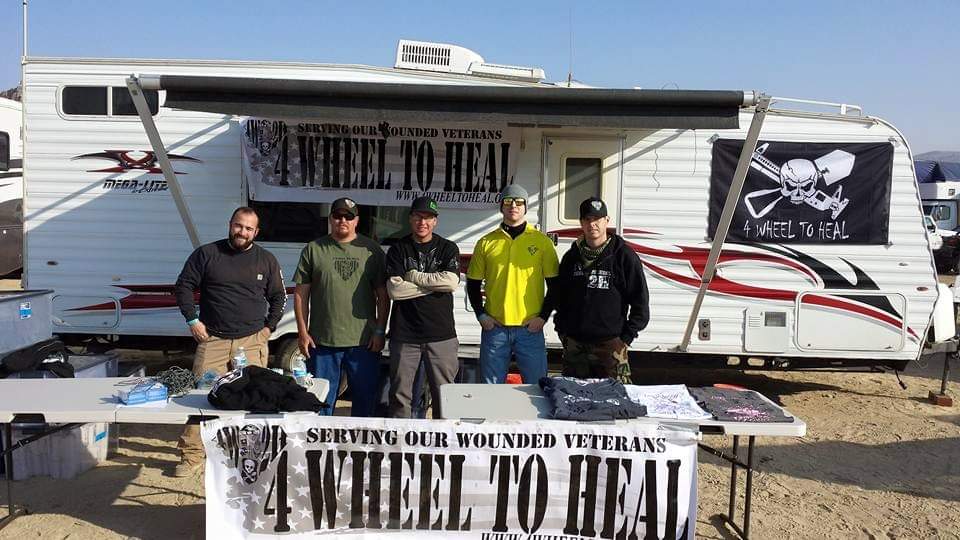 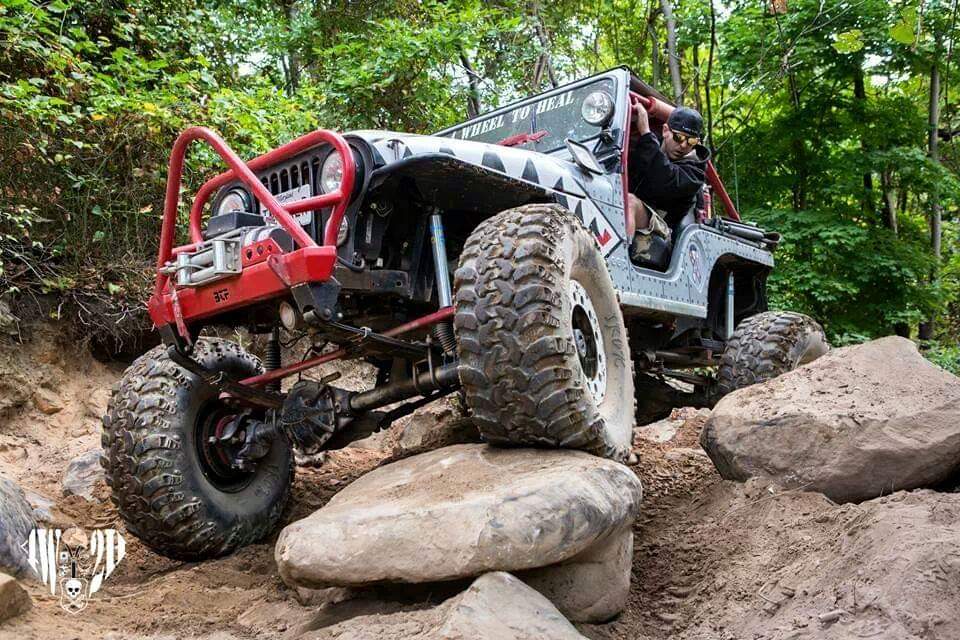 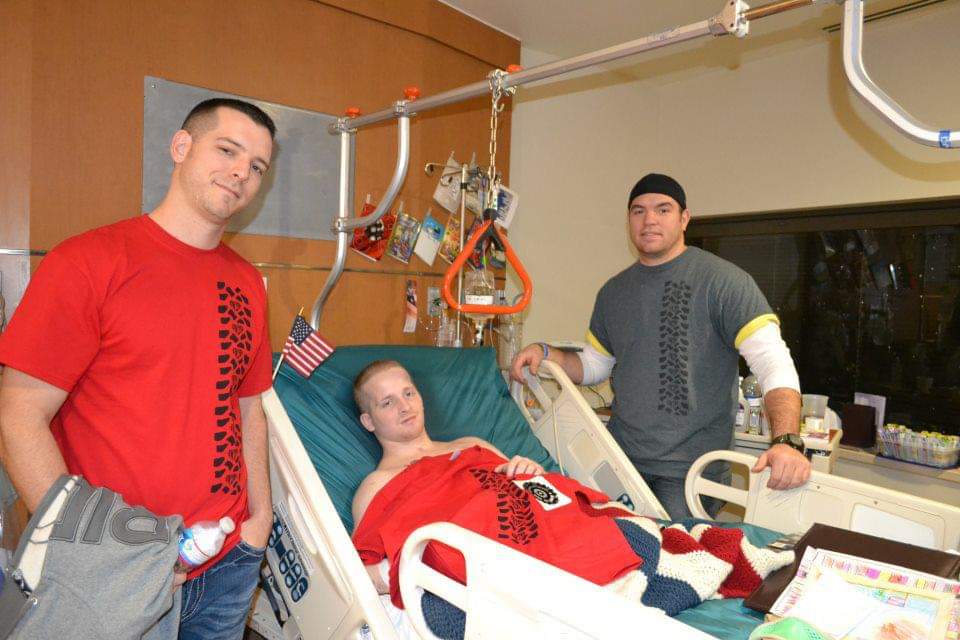 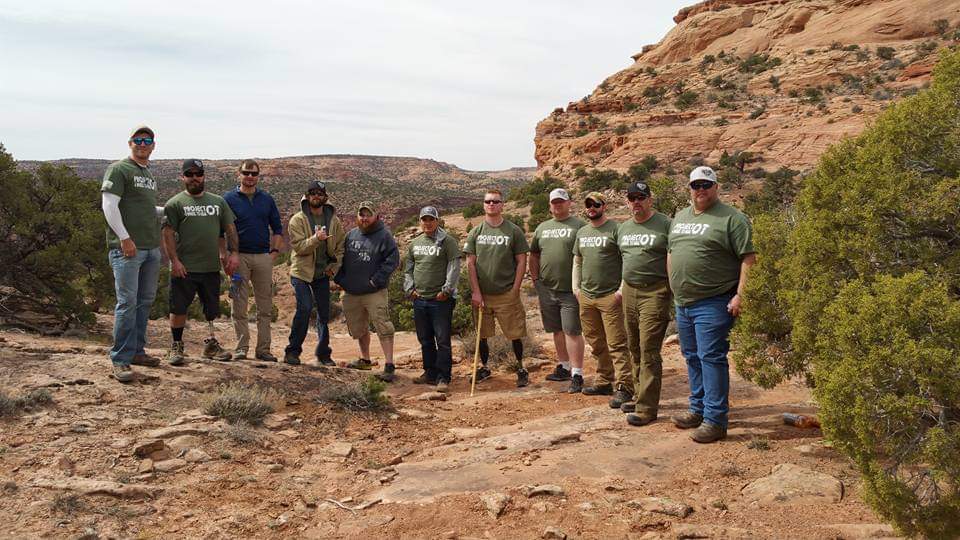 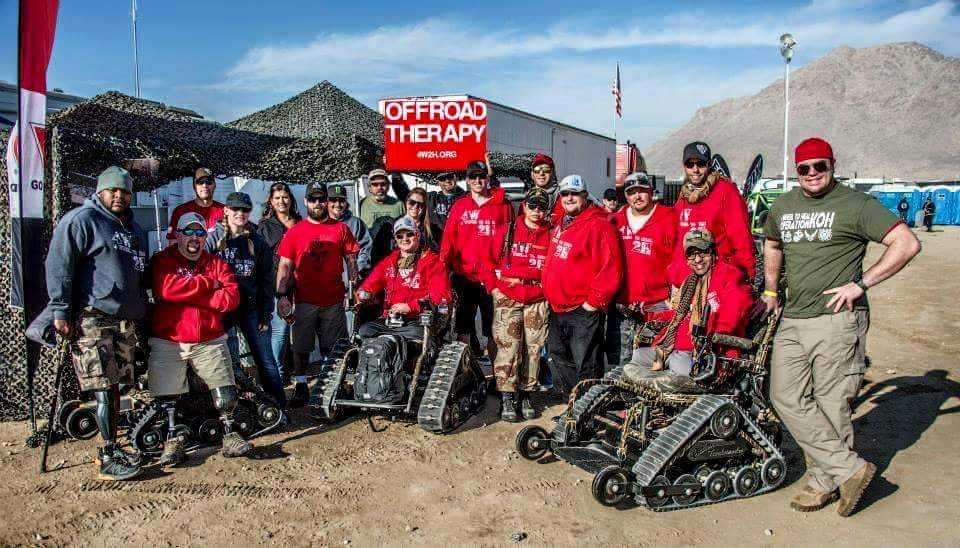 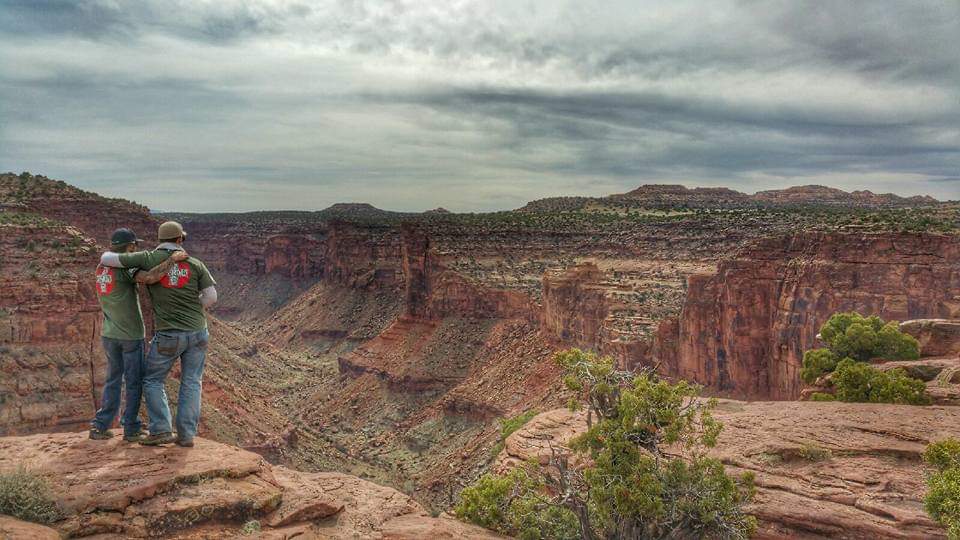 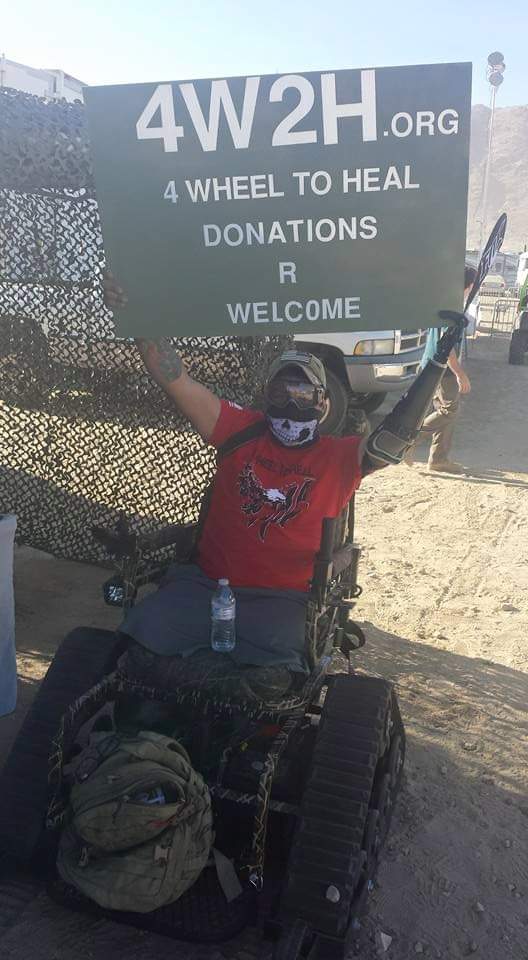 Wheelers for the Wounded of California/Nevada

Wheelers for the Wounded of California was founded in 2009 by Kevin Carey a US Army Airborne Air Assault Veteran. Kevin suffered from a stroke in 2017, and though he is still very active in WFTW of CA/NV, board member Eric Chennault agreed to take the time to share some information about this amazing organization with ModernJeeper.

What is your role with WFTW? – I am the Secretary and Nevada event coordinator

What inspired you to join WFTW? – Being able to pair my love of off roading and rock crawling with helping Veterans see that they are appreciated.

What is the mission of WFTW? – Provide a weekend of camping and four wheeling on the World Famous Rubicon Trail as a small token of gratitude to our nation’s Purple Heart and Combat Served Veterans

To date how many Veterans have you served/helped? – We have served over 300 Purple Heart and Combat Served Veterans.

Can you describe the type of Veterans you serve? – Most of the Veterans we serve do not have much or avoid social interaction. Most of them suffer from PTSD and do not like being around a lot of people. At our last event (which happened to be our 10th anniversary event) we had two 95 year old WWII Veterans, a Korean War Veteran and a triple amputee Veteran.

Can you tell the ModernJeepers about a couple of the Veterans you’ve helped? Their stories and what they personally gained from the WFTW experience? The first Veteran, who coincidentally has attended all 10 years is 1ST Scott “MF” Jackson US Army Vietnam and the second is SGT Tom Doherty US Army Vietnam. Both of these men attended the events only after practically being drug to them kicking and screaming. Both of these Vietnam Veterans wanted nothing to do with civilians, other Veterans or the outside world and mostly kept to themselves sequestered in their homes. I first met SGT Doherty at a PTSD symposium in Reno NV. The SGT stood behind his wife looking at the floor and would not speak or make eye contact. We gave his wife our information and she somehow got him to attend our event. As luck would have it, the driver we paired him with was also a Veteran, Crag Clark US Army Vietnam. These two have become the closest of friends as a result of our events and are inseparable now. SGT Doherty went from standing behind his wife and not speaking to a full on advocate for Veterans, attending counseling meetings and talking with and helping other Vets get service connected or the help they so desperately need.

Another Veteran that we believe has benefited from our program is Simon Huber Sgt US Army. Simon was another Veteran that did not want to attend our event as he really did not want to spend time with other Veterans. After several years of asking him to come, he finally accepted and attended. Simon took the brotherhood he found at our events and channeled it into his work environment by establishing a Veterans group that gives back to the local community. He was surprised to find just how many Veterans worked where he did that wanted something more and a cause that they could give of themselves. Simon also took on additional responsibilities by becoming a board member of the Eldorado Hills Veterans Memorial after being asked by another Veteran Robert S Leon Sgt USMC Vietnam (one of the founders of this memorial) to help the cause. It is rewarding to see Veterans that wanted nothing to do with other Veterans, an organization etc, step up in their respective communities and lead the way for other Vets.

How many volunteers does WFTW have? Are you looking for more? Everyone that is involved with WFTWofCA/NV is a volunteer including the Board members that are not compensated. Every penny that is donated to the organization is spent on the event and the Veterans. It is something that we are very proud of in that no one asks for anything in return for their time. For each event their are roughly 40 volunteers from drivers and support to cook crew.

What is your favorite story from over the years? One of the things that SGT Doherty would always say is that when he came home from the war there were no parades given and that no one cared. During Sierra Trek in 2014, Amy Sagraves organized a small parade route for our Veterans to go through when we came off the trail. As we rounded the corner into main camp, there were several hundred people lining both sides of the road waving flags for our Veterans. There was not a dry eye there as SGT Doherty hugged me and said “I finally got my parade”. Once again the off road community stepped up and made our Veterans feel like the hero’s they are.

What is the most inspiring moment you’ve experienced over the years? There really are to many to say. I would say its seeing our WWII, Korea and Vietnam Veterans sitting around camp or the bonfire telling their stories to the younger Vets. I have heard these men tell the younger ones, “don’t make the mistakes we made. learn from them” and then go on to take the younger vets under their arms and help them get service connected etc. Especially the Vietnam Veterans who are normally so hardened that they are unapproachable. To see them truly care about the young Vets and trying to help in any way they can speaks volumes to their character when they easily could just turn their backs.

How can ModernJeepers learn about and support WFTW? You can follow our Facebook page and help support us through monetary donations. We are always looking for things to give to our Veterans at the end of our events. One woman from the Chico area in her 80’s crochet’s a Purple Heart afghan for each of our events to give to a Purple Heart recipient. A business in Sparks Nevada donates aluminum military flags to us to give to a Veteran at each event too. It is personal things like this that mean so much to our Veterans. 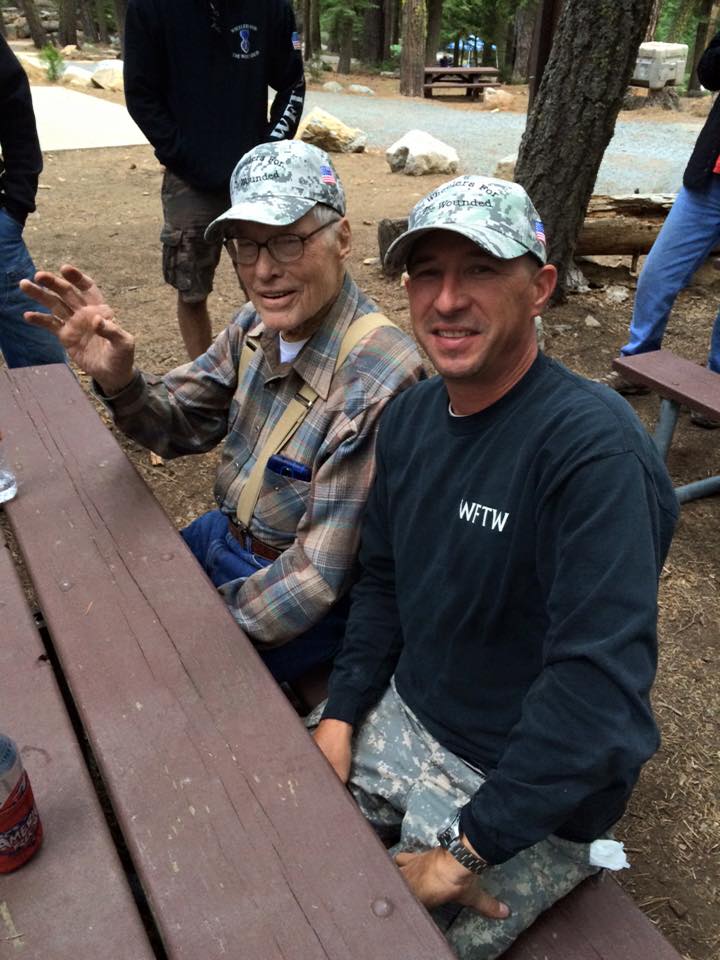 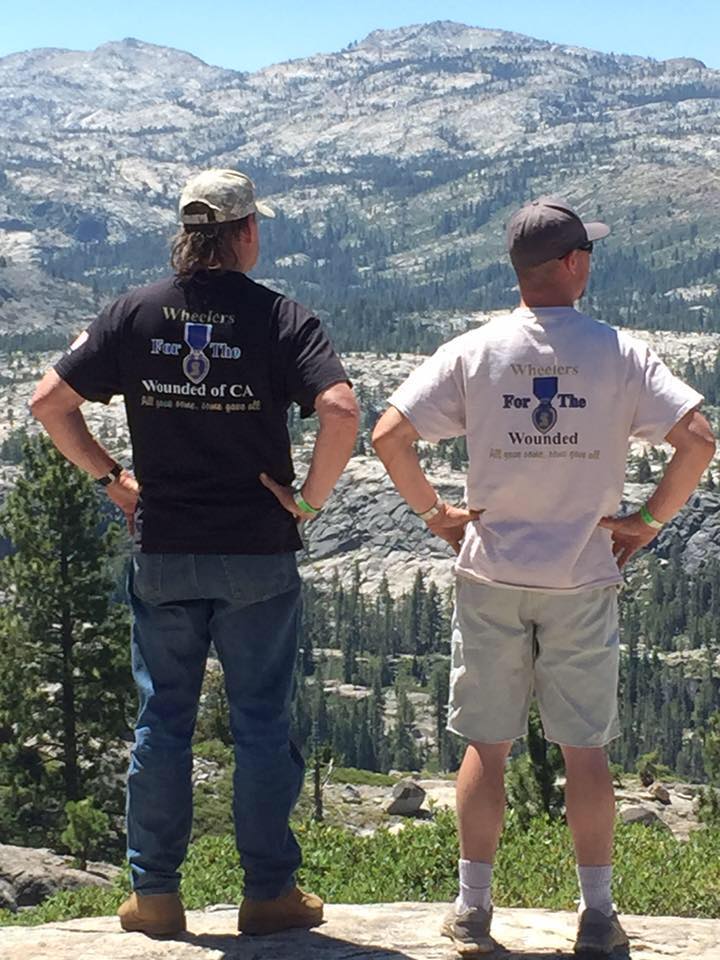 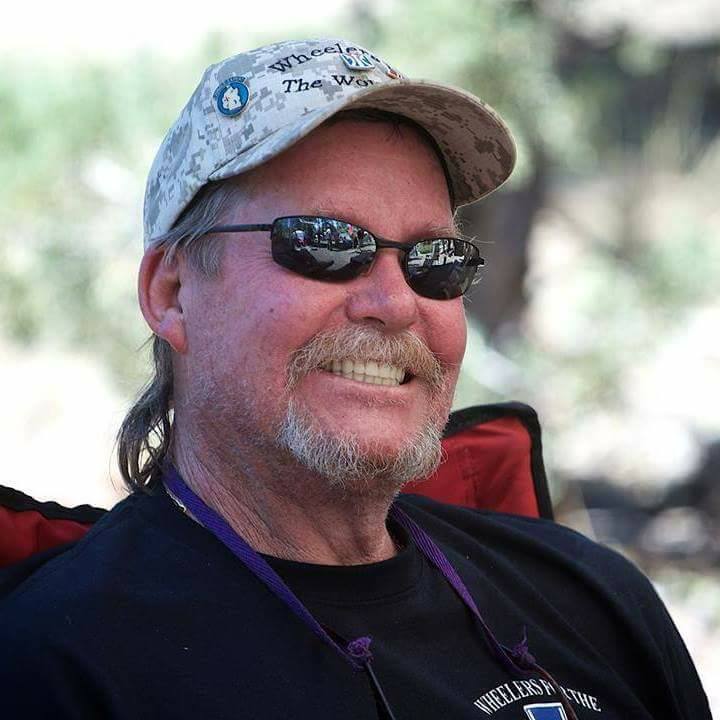 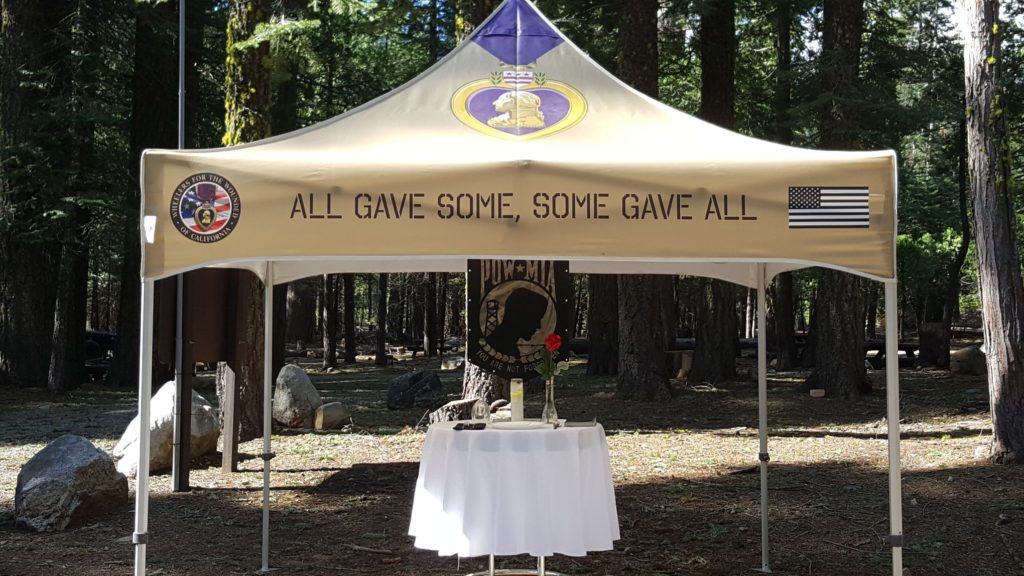 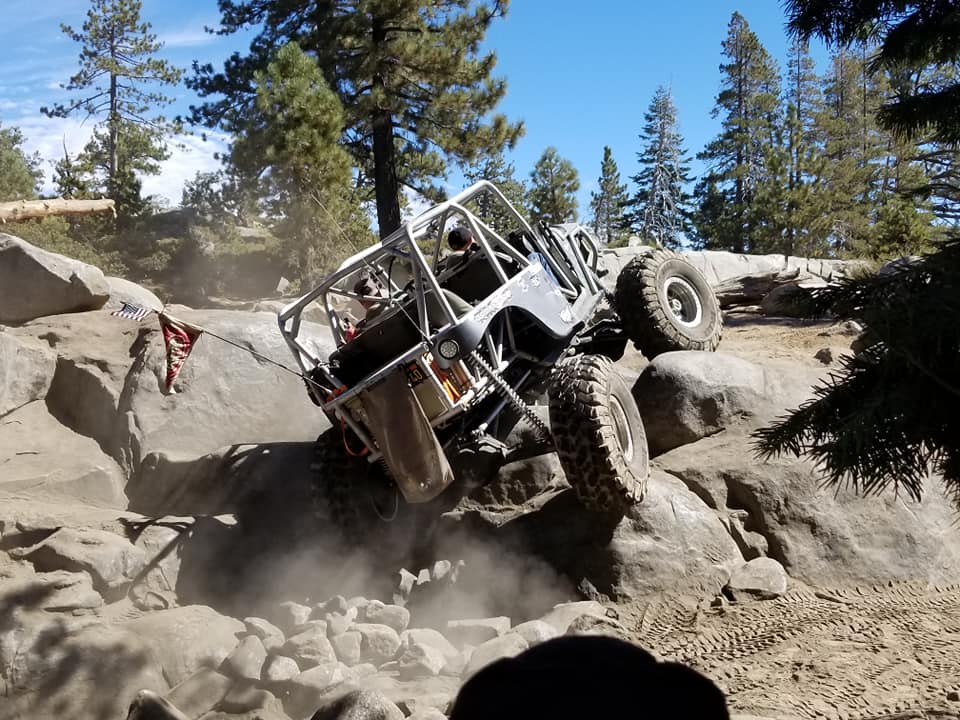 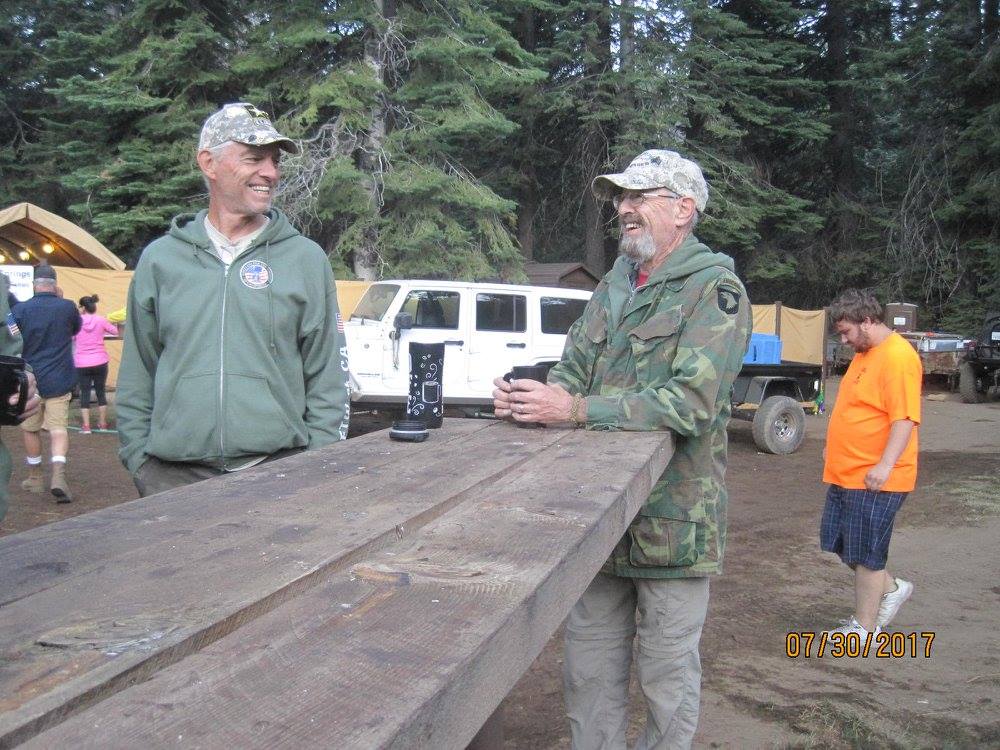 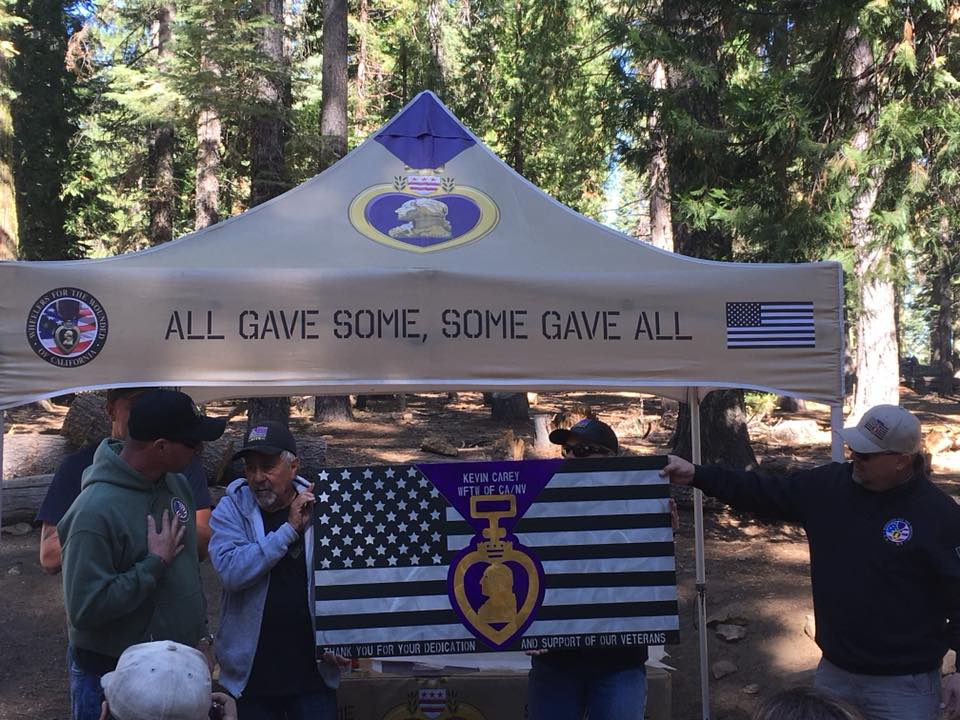 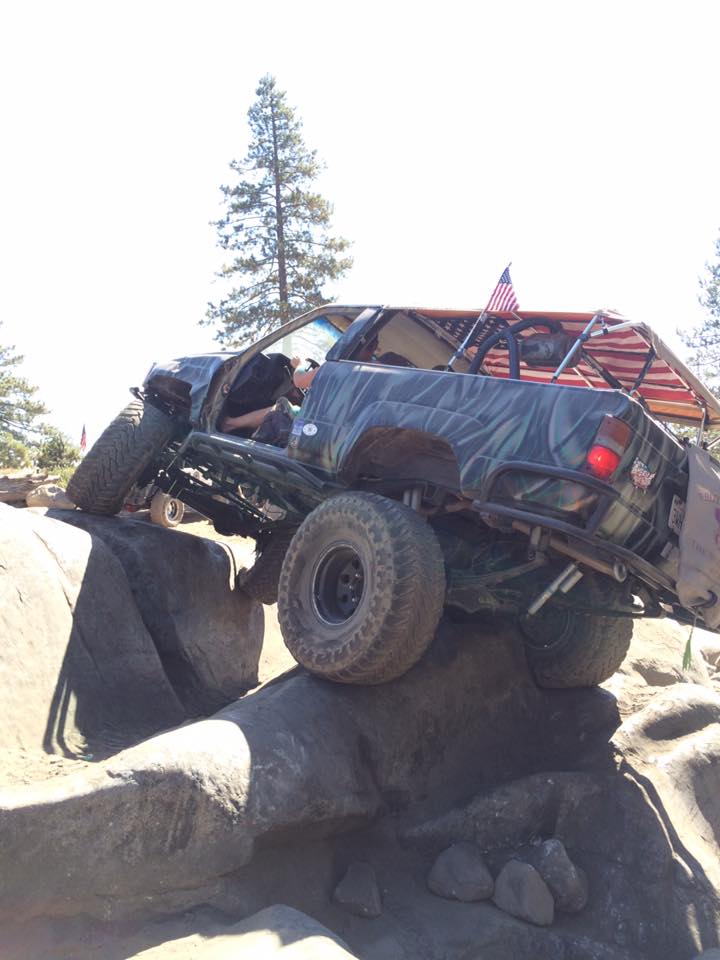 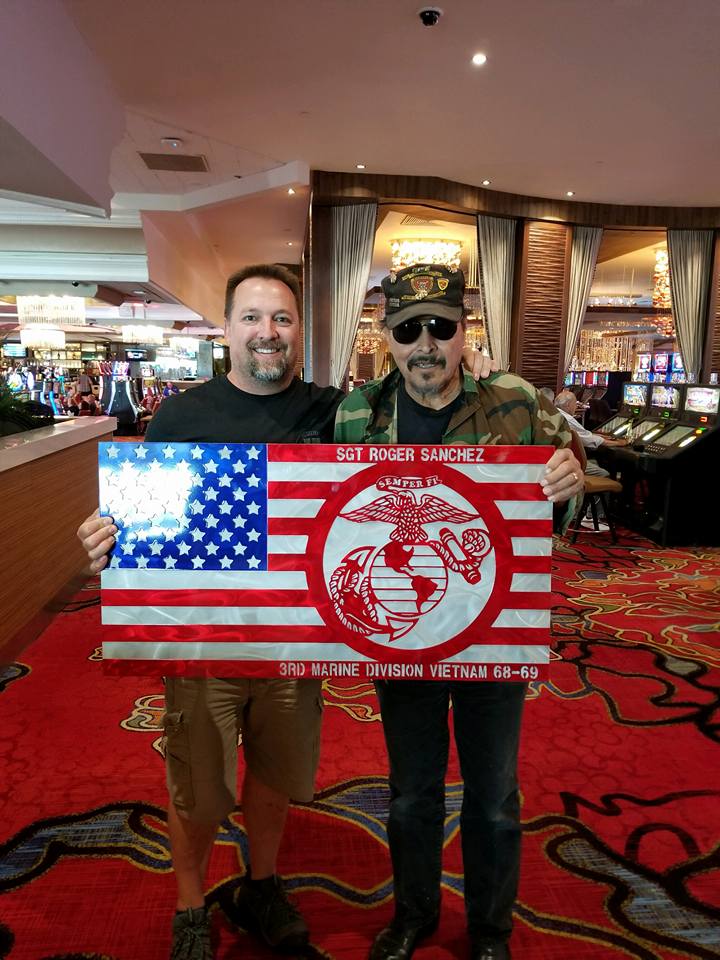 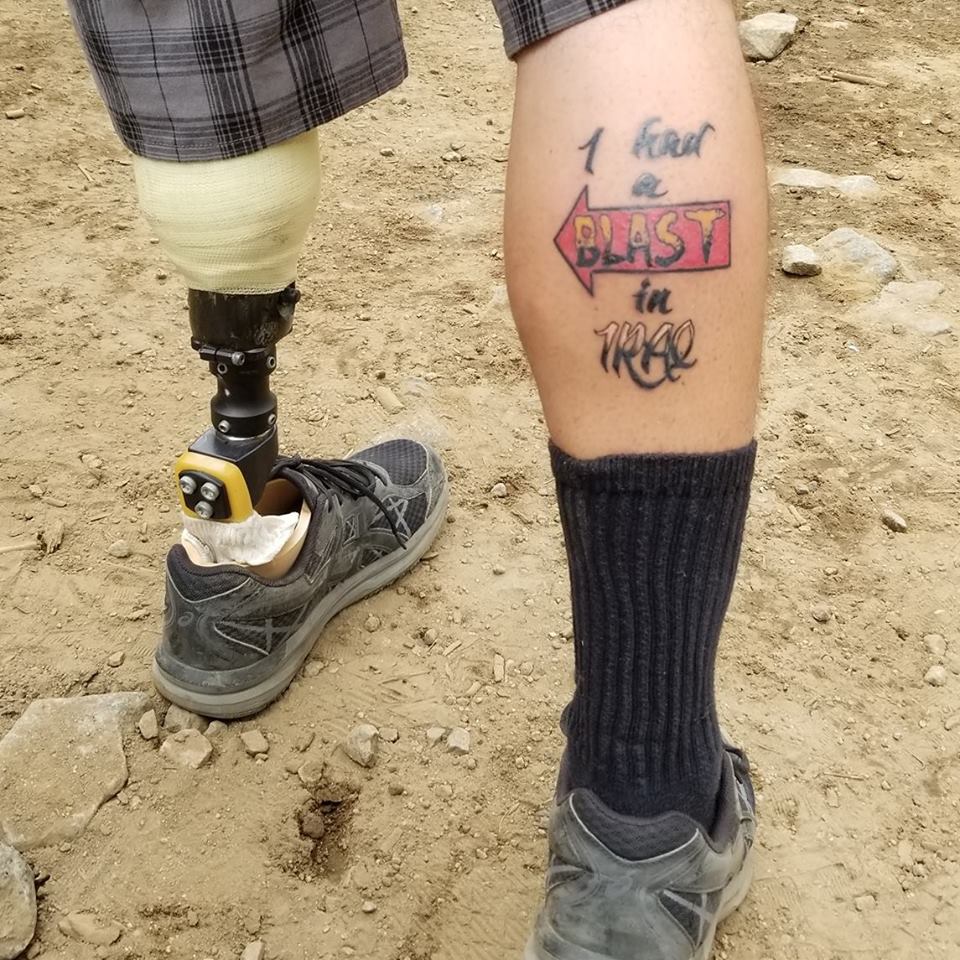 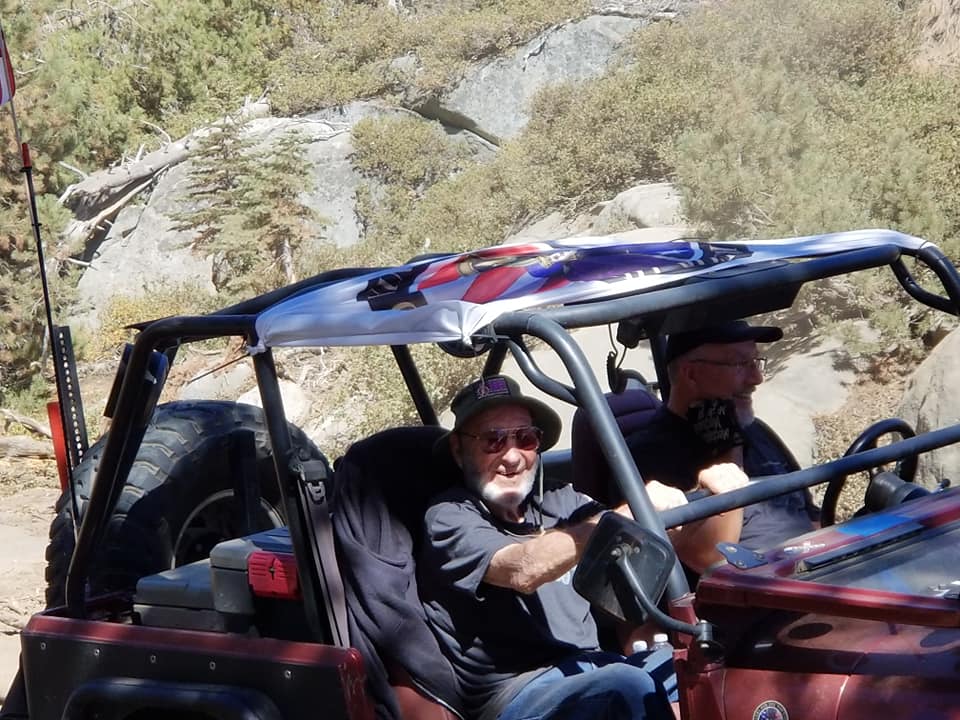