The Most Dreaded Phrase in Four Wheeling

rockcrawling8
My mid-life crisis began this summer on the Rubicon trail. While attending the Steaks and Stories event with my son, I saw the new...

My mid-life crisis began this summer on the Rubicon trail. While attending the Steaks and Stories event with my son, I saw the new Jeep Gladiator for the first time in person. With a decent lift and 37 inch tires on it, my salivary glands started gushing as it rolled over the rocks past us.

The rig was just plain gorgeous. While there is still some debate in the off-road community if the new Gladiator is worthwhile or not, for me it was love at first sight.

Not being able to really go over the vehicle and take a close, in-depth look of the vehicle while on the trail, the day I got home I made a bee-line to the nearest Jeep dealership. They had two Rubicon models out front that I started scouring over immediately. I do not want one, I NEED one.

But as quickly as I had fallen in love with the thing, a salesperson popped out of thin air to hover over me. He lured me inside the dealership by telling me they had a white one with a dealer installed lift and larger tires than stock. While I would rather purchase and install my own lift, I wanted to see the Gladiator inside the dealership just to see the stance of it with a lift.

Unfathomably, the dealership had lifted a “Sport” model, meaning the base model without all the features of the Rubicon: lockers, gearing etc. While it may impress the soccer moms at the mall, it would be less than ideal on the trail. It would have made much more sense for them to lift the more capable Rubicon model on the lot.

I think I need this.

Anywhere and every where…

It was not the lift on the base model that got my eyes rolling however, it was the words out of the salesperson’s mouth while he slapped the hood. “This thing can go ANYWHERE!” (Emphasis on “anywhere”)

God I hate that phrase. I actually abhor that phrase. I am so sick of hearing it, that I want to jam ice-picks in my ears when it is uttered. Yes, I realize that it is just a phrase, just words. But words shape people’s realities. They change how we see the world, and that often-used phrase has lead to creating a mind-set in people that can actually be dangerous to our lifestyle. 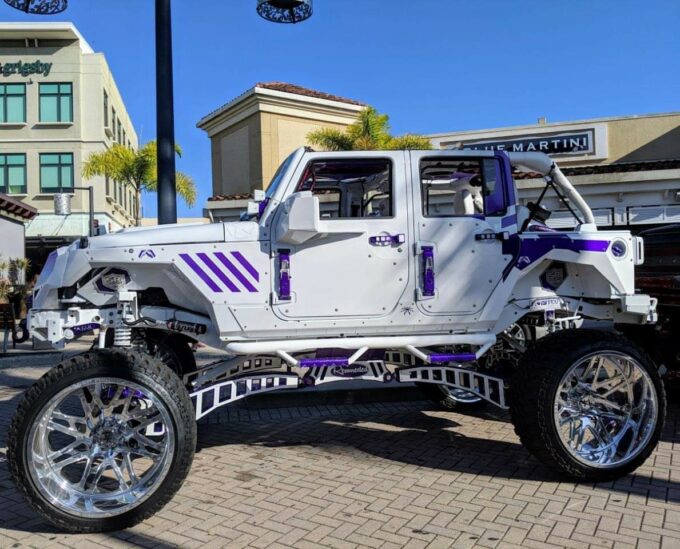 The owner says “This thing can go ANYWHERE!”

Many new Jeep owners, emboldened with the belief of “this thing can go anywhere,” tend to end up getting in way over their heads. This normally happens in mud or snow where they high center and sink themselves even deeper by romping on the gas.

While some learn very quickly that their vehicle is not as invincible as they first thought, many more keep making the same mistake time after time. This can, and has, lead to some very dangerous situations, especially down snow-laden trails in the mountains. Nearly every year there are people who become stuck far back in the woods in deep snow, ill-prepared and ill-equipped to deal with the situation they have gotten into thinking their vehicle would make it.

You could throw all sorts of money at your Jeep like a lift, lockers, gearing, etc., but by far the biggest factor when wheeling is driver ability.

How about that ego…

It is important to keep your ego in check here. Most guys tend to think of themselves as awesome drivers, but wheeling, especially rock-crawling, is much more technical than people realize.  You are not just “driving over rocks”.  Taking the right line, having the right tire placement, the right amount of throttle, it may look like tic-tac-toe, when really it is more like a game of chess.

Learning how to wheel is a continual process, and you will NEVER learn it all. I have been wheeling for more than 30 years, even still, I have been shown up more than once by some old grey-haired guy in stock Willys flat-fender on an obstacle that was giving me issues. Driving skill trumps any upgrade you can do to your vehicle. 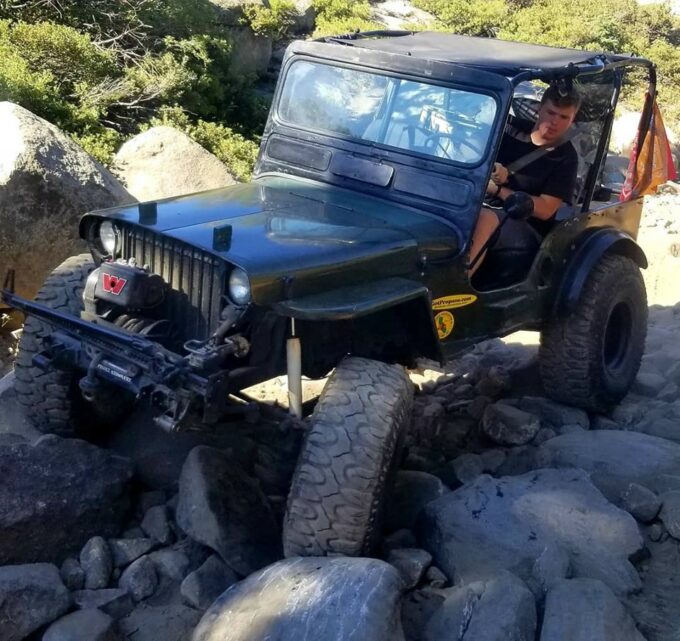 Go over the rocks, not around them

Take a clinic or attend a local “skills day” (like the one given by Metalcloak every year) to improve your wheeling skills. While it is said, “practice makes perfect,” you will not learn if you are still depending on the vehicle to get you down the trail. There are guys out there who have been wheeling for years, that still have not learned how to actually wheel. They just rely on the vehicle.

In actuality, the best vehicle to use while learning how to wheel is a stock one with open diffs, where you are FORCED to use the right skills to get over the rocks.

Ok, I know what you are thinking. You are thinking: “Yeah…but I am talking about my vehicle in itself. This thing is bad ass. It can go ANYWHERE! It has even been through the Rubicon!” 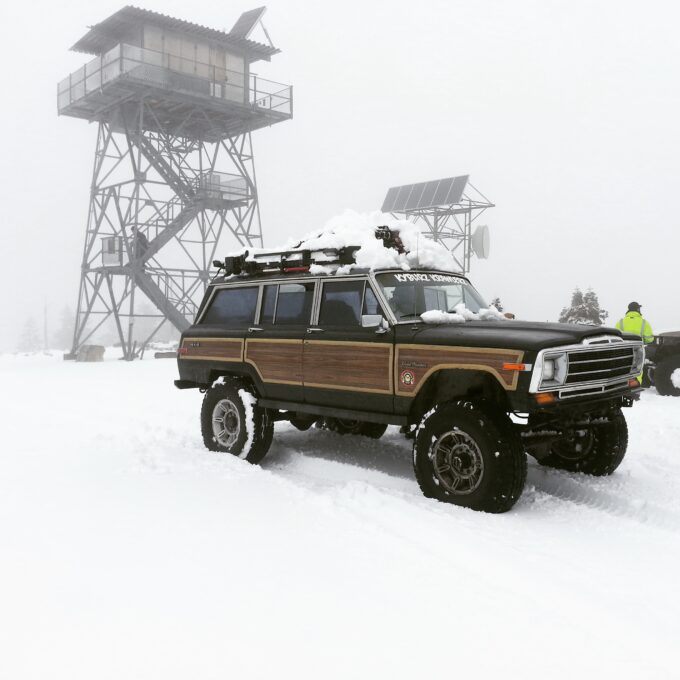 Despite what this article says, Jeep Wagoneers can actually go anywhere.

Well, I hate to be a Debbie-downer. But no. It can’t. Just like there is always someone bigger, tougher and faster than you in a fight, there are trails out there that will eat your vehicle and then vomit it back out.

More than once I have taken people who have boasted those absurd words about their vehicle to trails in the Hammers, or rock-strewn canyons in Arizona, or boulder piles in Nevada, only to hear them exclaim things like; “That is a trail?” “That’s not a trail.” “There is no way anyone could drive up that!” and the infamous, “I would try that, but I don’t want to scratch my paint.”

Furthermore, there are many different types of wheeling, which require different types of 4×4 vehicles. This is what Ultra4 racing thrives on. It is impossible to build a rig that will do great in the rocks and then 120 mph in the desert.

A Georgia mud-bog rig with massive tires and high horsepower will never make it down a narrow California rock trail. A west coast rock-crawler will just sink in the Florida sippy-holes. A Northwest snow rig will just embarrass itself on a Tennessee rock bouncer hill. No one type of rig can do it all.  It has to be set up for the terrain you want it to wheel. 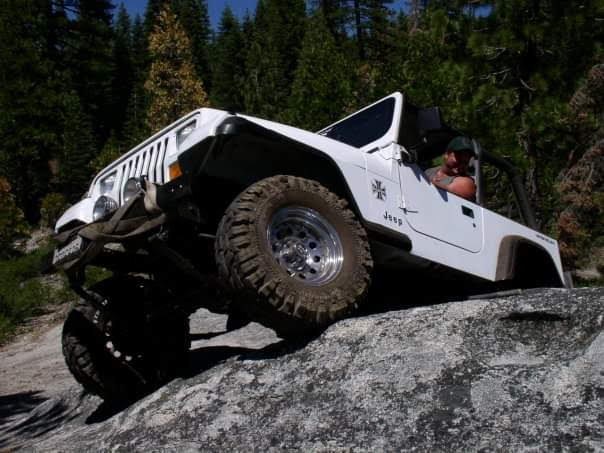 Thornbirds will allow you to go anywhere!

This brings us to the most important issue with the phrase and mindset of “This thing can go anywhere.” Your vehicle can not go off trail. It can not go beyond that gate. It can not go into that mud pit on private property.

Just because a vehicle can go anywhere, does not mean that it should. Our access to public lands is already extremely limited, and every time someone is caught off-trail, they not only damage the reputation of our crowd, they also put us in danger of losing even more access.  Unfortunately people armed with the mindset of “this thing can go anywhere” sometimes believe that gives them the permission to actually go anywhere.

Maybe I am just being too touchy. Maybe it’s just a phrase people use. Maybe it just words. Then again, George Orwell once wrote, “If thought corrupts language, language can also corrupt thought.” The next time you see a small boy playing with army men, ask him how long he has been playing with little dollies. I will bet he won’t be playing with them for long with that mindset.