The new E-CLIK system incorporates proprietary technology and tuning to deliver the perfect ride and control across any terrain, and on any surface. This is the first fully independently adjustable electronic suspension system for Jeeps. Nothing is out of reach. It is Suspension Without Compromise.

“You don’t have to get out of your vehicle to lock the hubs anymore, so why get out to adjust your suspension?” said Dan Worley, owner of SDi. “Suspension has always been about trade-offs. If you make an improvement in one area, you lose something in another. With E-CLIK ACTIVE, that problem has been solved.”

SDi E-CLIK Systems Overview
Originally announced in 2018 at the SEMA show in collaboration with Walker Evans, E-CLIK has progressed into three levels of suspension control for Jeep owners, all without leaving the driver’s seat. E-CLIK allows drivers to make suspension changes from their seat as needed via rocker switches. E-CLIK ACTIVE does the job for you, automatically, and E-CLIK PRO introduces ultimate tunability into the automatic, electronic system. 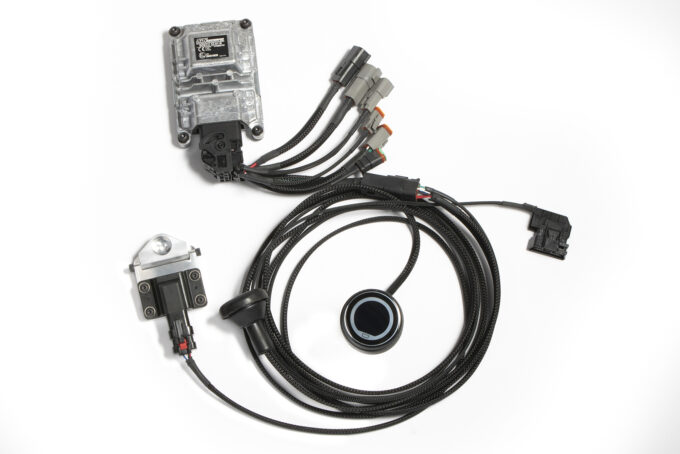 About the SDi E-CLIK Shocks
New technology and decades of suspension tuning experience come together in SDi E-CLIK. Available in three levels of suspension management, all E-CLIK systems utilize a 2.5” Piggyback shock which combines Walker Evans Velocity Technology with in-house custom componentry and optimizations to make the ultimate Jeep shock solution. Made in the USA, SDi E-CLIK shocks provide state-of-the-art vehicle dynamics and on-the-fly adjustability to the world of off-road. 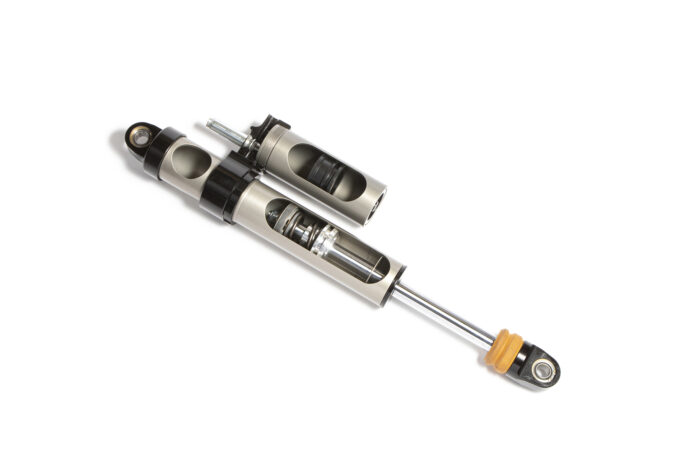 This truly is a custom shock solution. A custom engineered low-mass, low-friction free piston provides a smooth ride over small bumps and washboards. SDi’s patent-pending E-CLIK ACTIVE E-valve makes constant damping changes while driving. And Walker Evans’ Velocity Technology shock bodies provide bypass-like shock performance, creating a speed and position-sensitive system. Next, the DU piston band is all about durability and will outlast normal graphite bands. All SDi E-CLIK shocks come complete with a top-out spring to soften full-extension situations and are easily adjustable via a three-position clip to actually change the length of your shock. This makes it a shock that can continue to work for you as suspension set up or tire sizes change.

Designed for use with 4.0” lift kits on Jeep JL’s and JK’s, SDi E-CLIK systems are available now at your authorized SDi Dealer and come complete with seamless wiring and electronics integration.

What are your thoughts? Is this another “system” to have issues? Would you run it? Do you think this technology is beneficial?

FCA Is Hiring and Expanding!

Imitation Is The Sincerest Form of Flattery!