Editor’s Note: As Jessy prepares for Part 2, we thought it would be worthwhile to repost Part 1. When you chose your Jeep, did...

Editor’s Note: As Jessy prepares for Part 2, we thought it would be worthwhile to repost Part 1.

When you chose your Jeep, did you just know it was yours? Did you have visions about sitting in the seat with the top off, wind blowing, music up loud, rolling down the dirt road? Well that happened for me when I chose Rockstar…or did it chose me? This is the story of how we became partners. 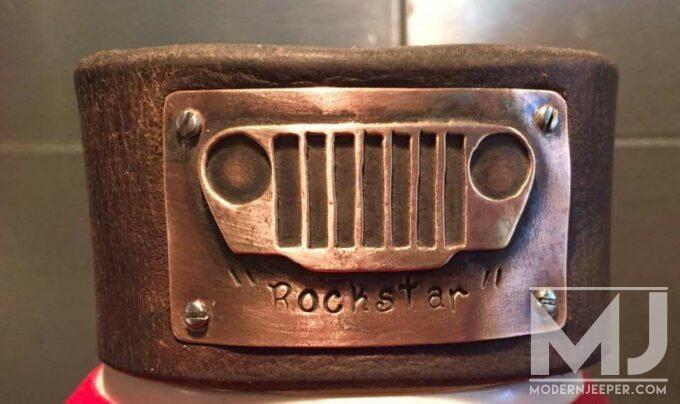 In Oklahoma City there are many car lots that line the highways. One evening, driving back from the movies in my red JKU “Lil Red Wagon”, I spotted  “The Jeep” on one of those high rise podiums, all yellow and awesome. It stopped me in my tracks, and I had to pull off the highway to take a closer look. I had been wanting another jeep to be my toy, because my JKU was my daily driver and I had just started getting into rock crawling. She was calling my name and I knew I had to have her. I went home and started stalking the dealerships’ web page to check the price and see if I could find some specs on her. There just wasn’t a whole lot of information, other than what I had already seen. It had 35” nitto tires and some faux beadlocks which made me curious about what gears it had in it. Everything was perfect…but the price at the time was kinda high for what it had. So I stalked the dealership more and drove by it each day for a week. At the end of the week, I checked again, and there was a pretty big price drop! So the next day I went to test drive her after I got off work. 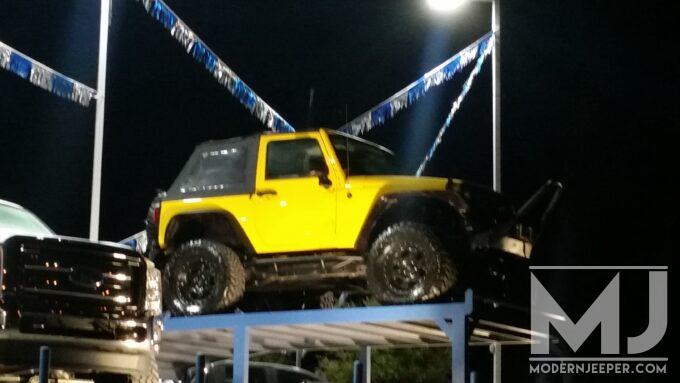 The salesman had no idea what gears were in it, imagine that. Obviously he was in for a lesson from me. When I drove it you could definitely tell that she needed gears for those bigger tires. I left, still on the fence, but it was pretty late and the weekend was ending so I would have to wait. Monday rolled around and I was so busy at work that I couldn’t get off till almost 7 pm. I called the dealership and was told that someone was there looking at “MY” Jeep. I asked if they would take $500 down over the phone to hold it for me, and to tell the other people that it was sold. I even gave them all my info to start the paperwork for financing. As soon as I got home I called and told them I was on my way down…the salesman got quiet and he put me on hold. I’m thinking this can’t be good …oh no!!! Long story short, another salesman that was showing it sold it without my salesman knowing. To say I was mad was an understatement!! 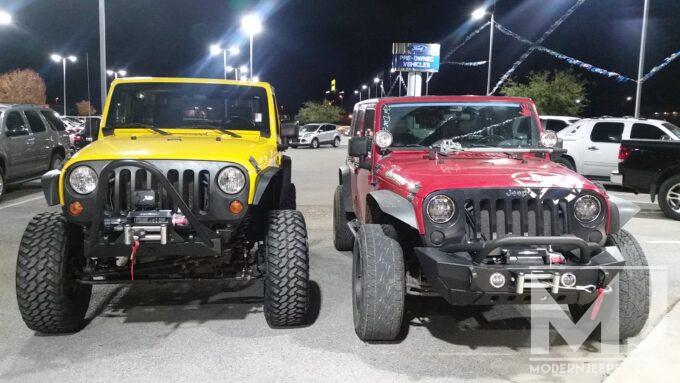 The next morning I headed to the dealership to see the general manager. They promised to make it right and find me another jeep, somewhat “the same”, but guess what? That never happened. I was heartbroken! How could this be? Didn’t they understand that we were meant to be together? I was upset and in tears. My jeep friends all knew about what had happened. They did their best to console me by sending me info about other jeeps for sale, but I wasn’t having it. I wanted “My” jeep!! A few days went by and one of my jeep besties called me and said I would never believe what just pulled up in her driveway!! What??? No way!! Yes, it was my jeep! So the story was that her sons friends parents had bought it!! What are the odds? Is this really happening? 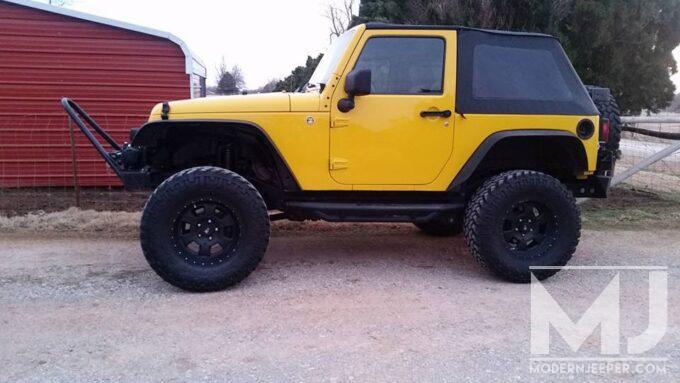 They had purchased it for him and she told him what had happened with my whole failed purchase ordeal. He was so sorry but what could he or I do? Weeks went by as I tried to get over this tragic breakup but I was still heartbroken. I started looking for another “match” when I got a phone call from my friend again. She asked me if I still wanted that yellow jeep…wait…what??? It turns out the kid wasn’t happy with the gas mileage and the jeep was costing him a lot…so he was over it. I was in shock. Did I still want it? Hell Yes! So, off to the bank I went. 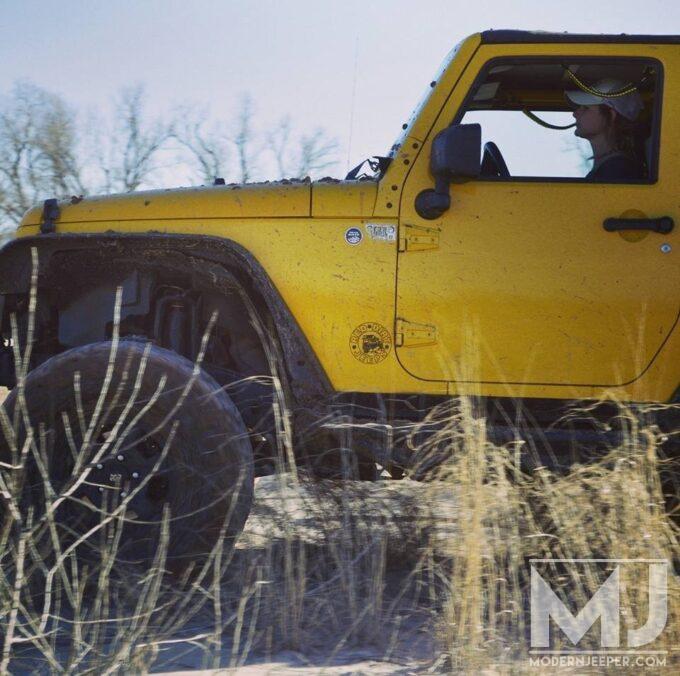 Meeting what would be my Jeep’s ex and getting the keys to “my jeep” was a glorious moment, AND I got it cheaper than the dealership wanted for it! I felt so relieved and was happy again. I was ready to give our relationship another try, I may have even cried a little!! But it was all mine now!

Everyone thought I should had called her “Redemption” but no, that wasn’t me. So I named her “Rockstar”. 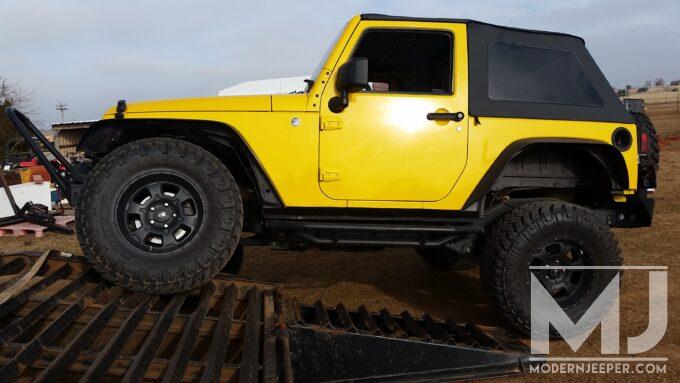 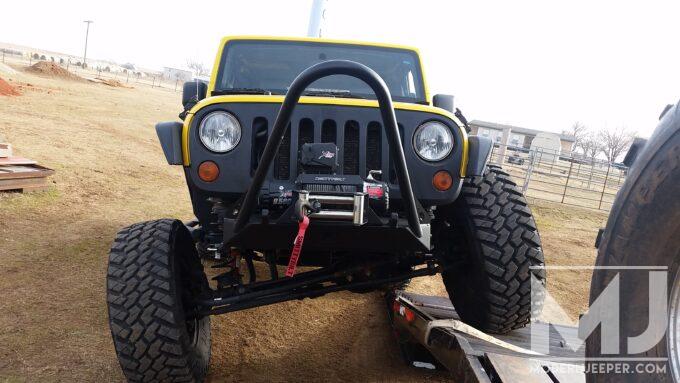 The reason for Rockstar is pretty simple. I fell in love with rock crawling and I love stars, perfect! The other part of the name comes from my love of music and hair bands as well as my love for singing. I had always wanted to be a rockstar, so all those parts fit me to a “T”. I have to say Rockstar has been everything I wanted (in a Jeep :-)) and I have become very attached to her. It’s me. It’s my other personality! She makes me feel strong and unstoppable. Rockstar has evolved into much more over the years and along with the never ending upgrades, she is a very recognizable jeep. The thing I enjoy most is when kids wave at me (as well as other jeepers!) and say how cool my jeep is! There is true pride of ownership…as Rockstar has given me new confidence and has literally changed my whole world. Pretty amazing how a vehicle, well “my Jeep”, can change your life. 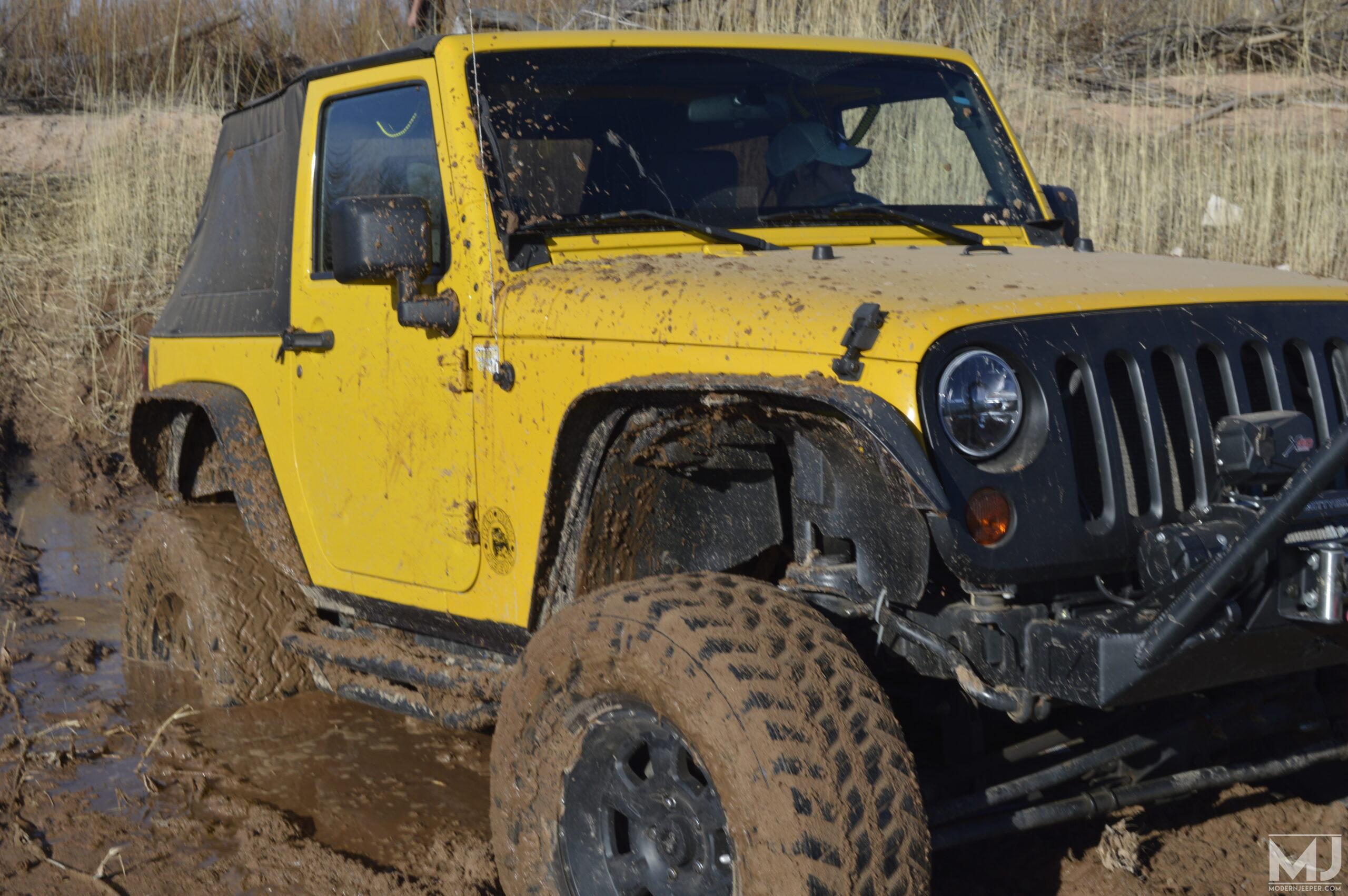 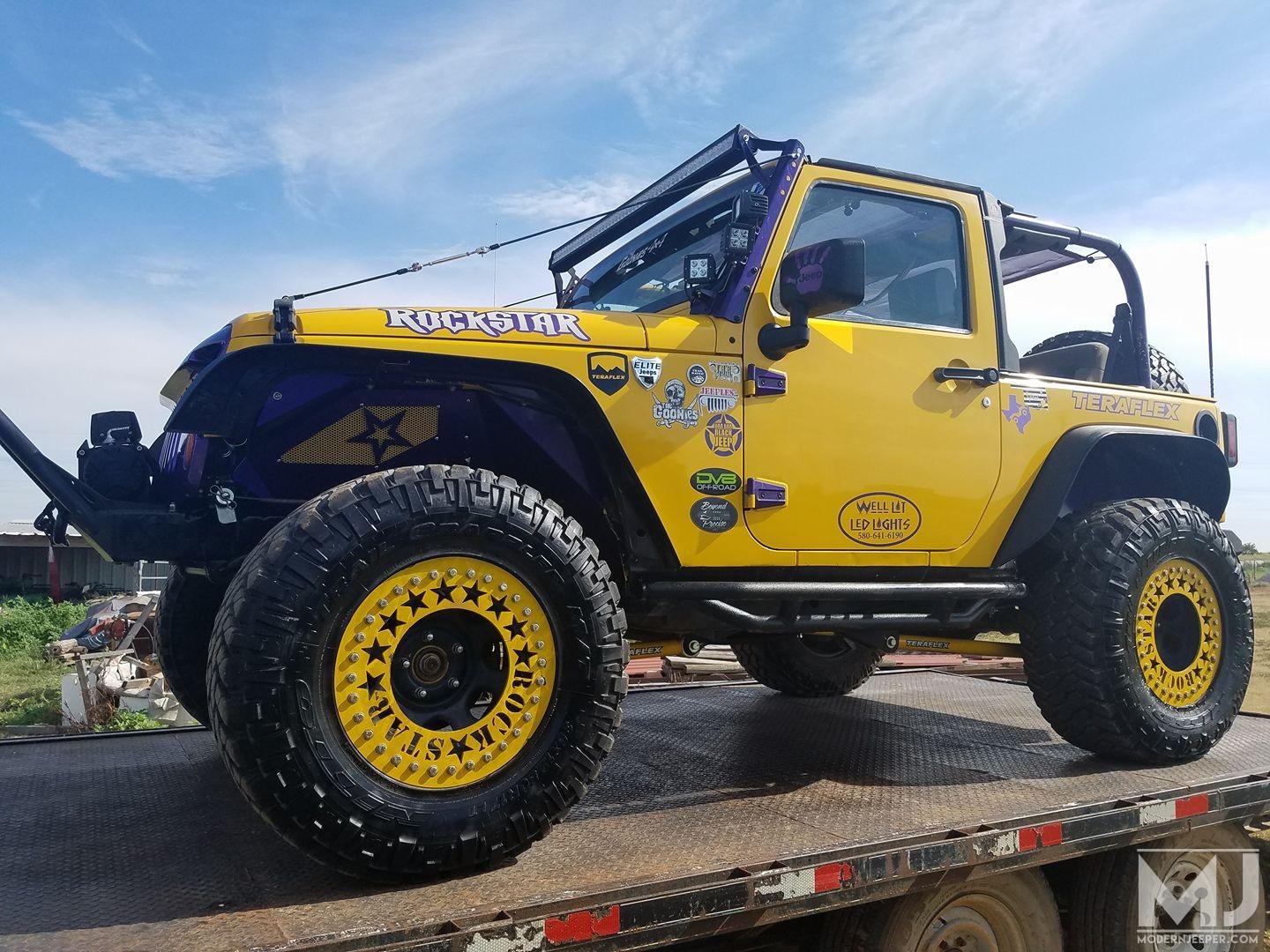 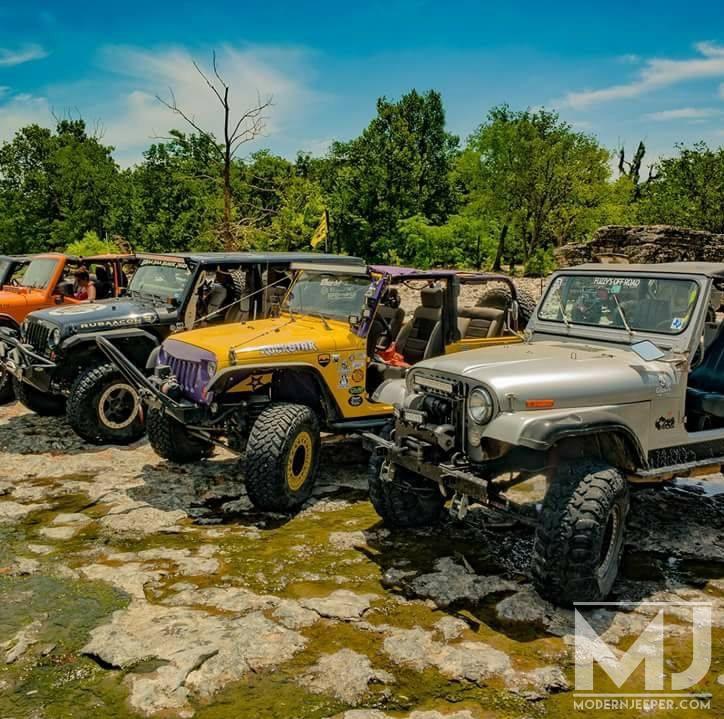 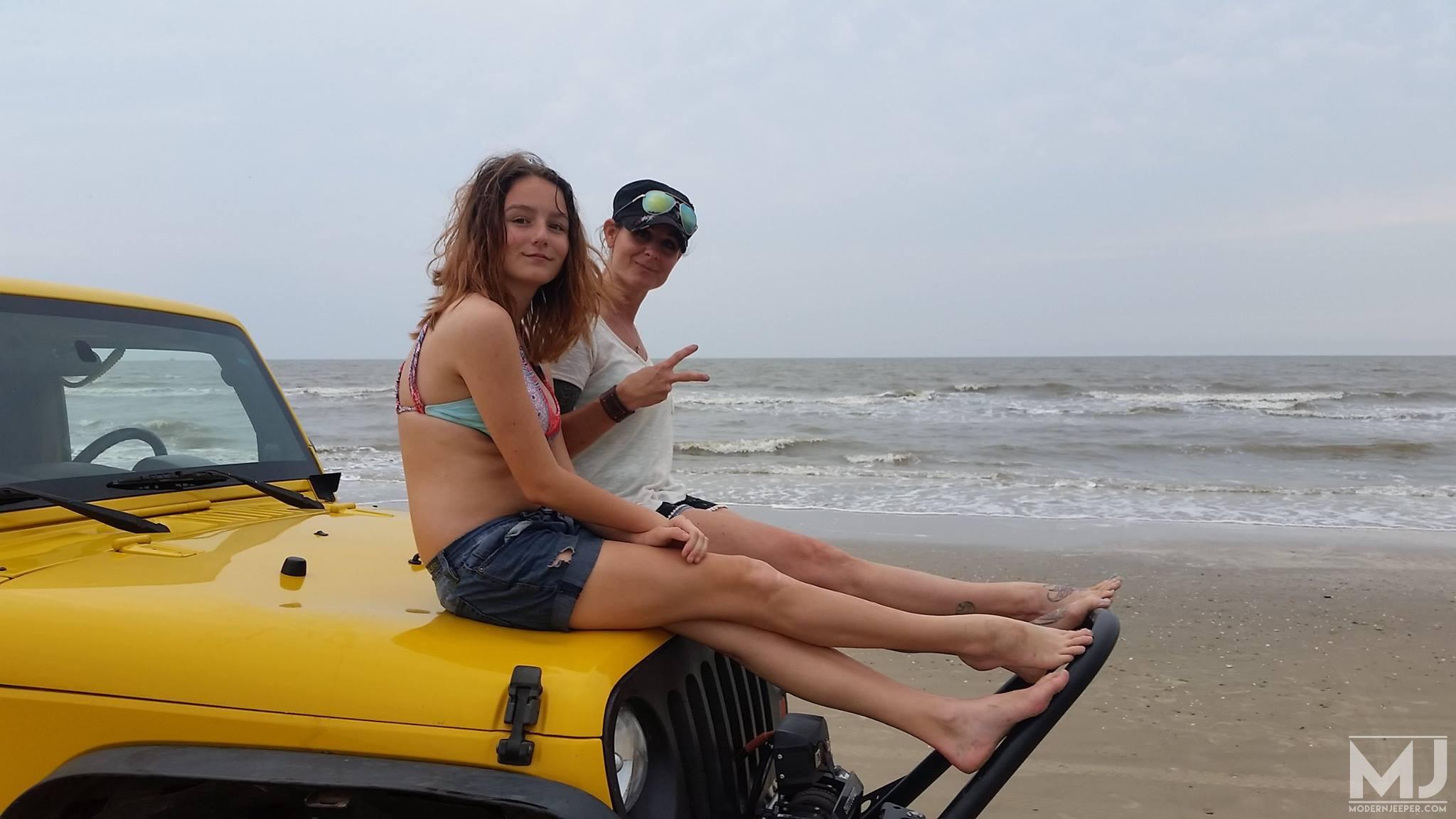 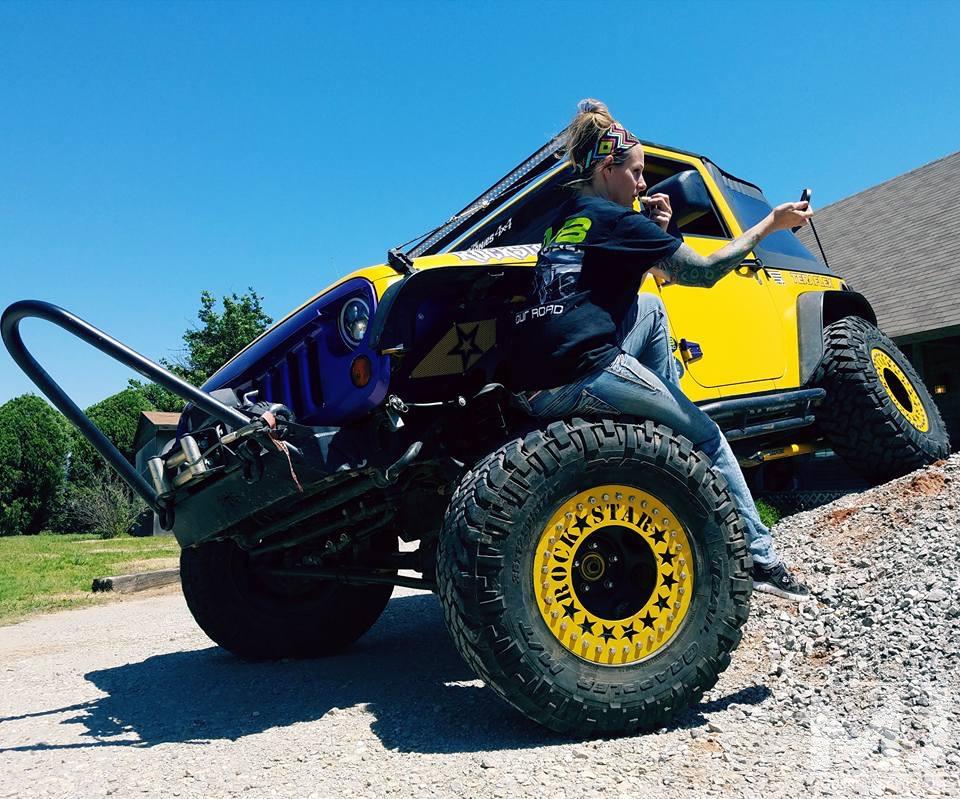 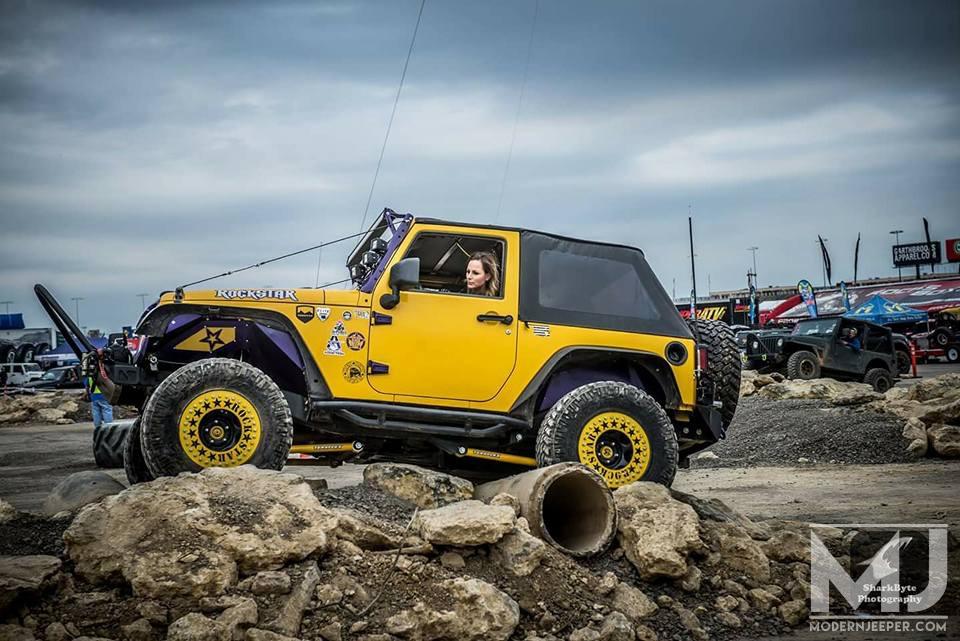 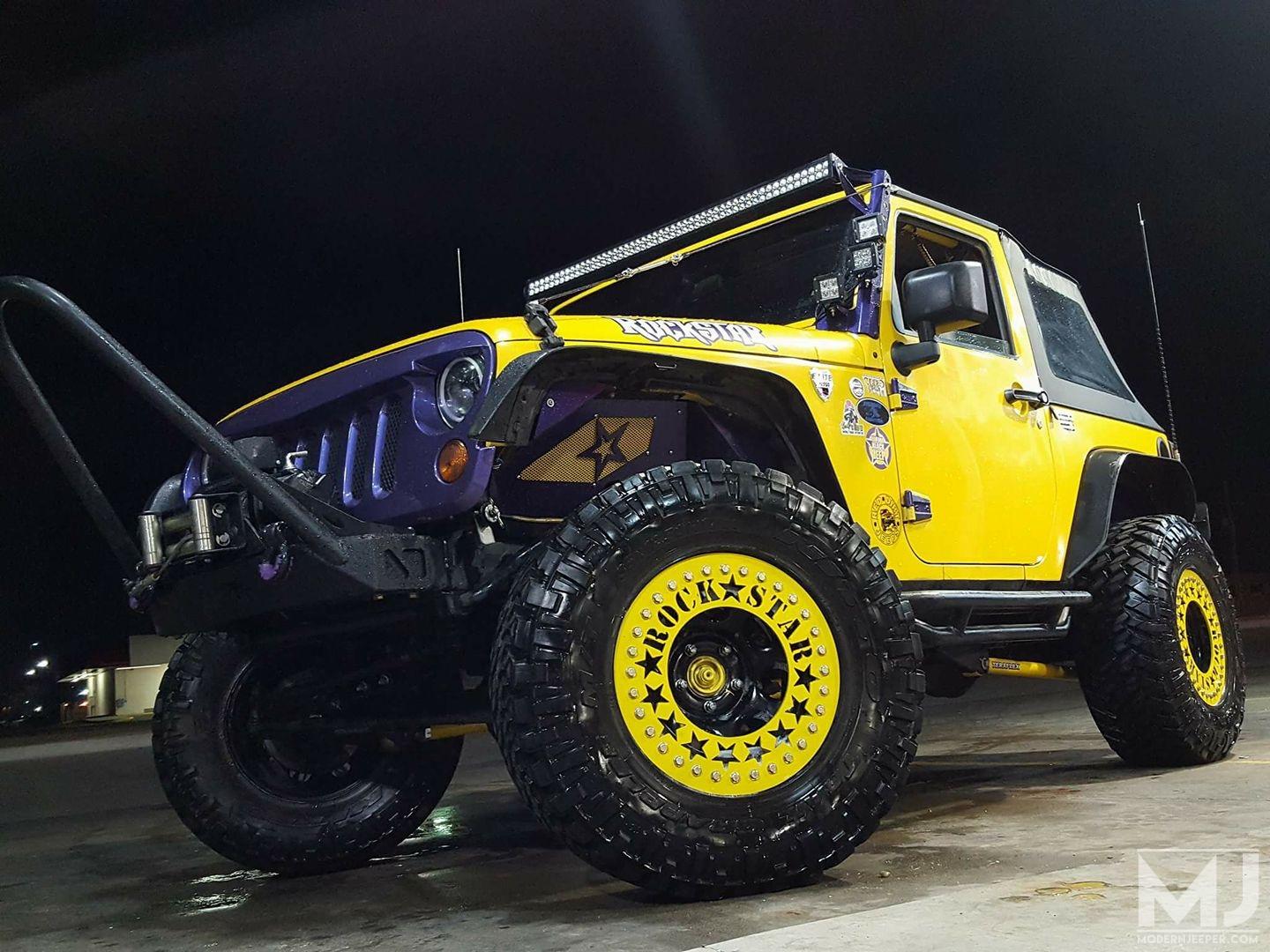 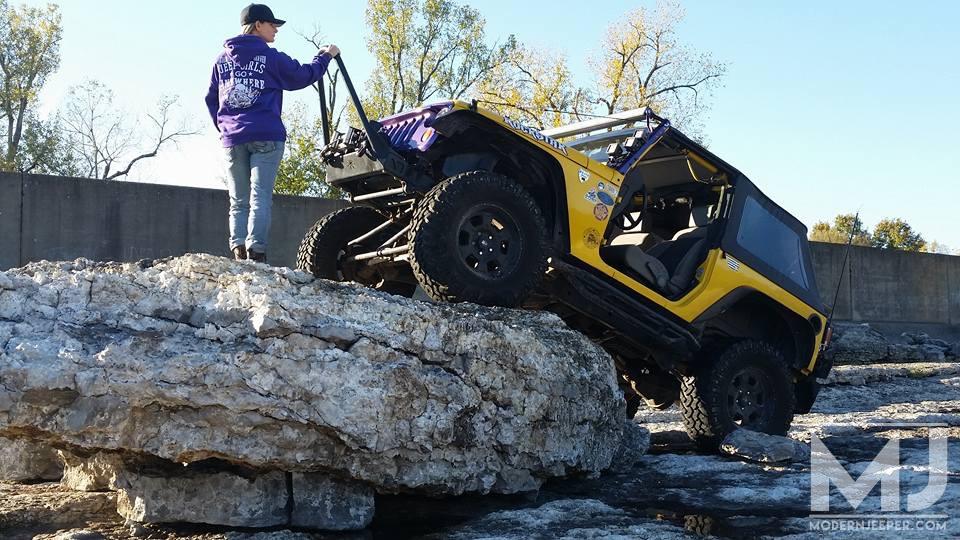 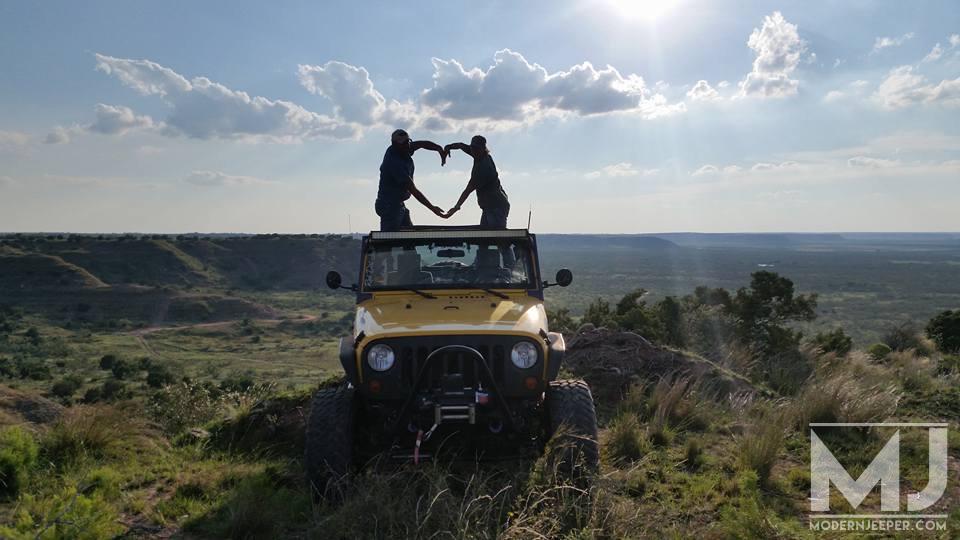 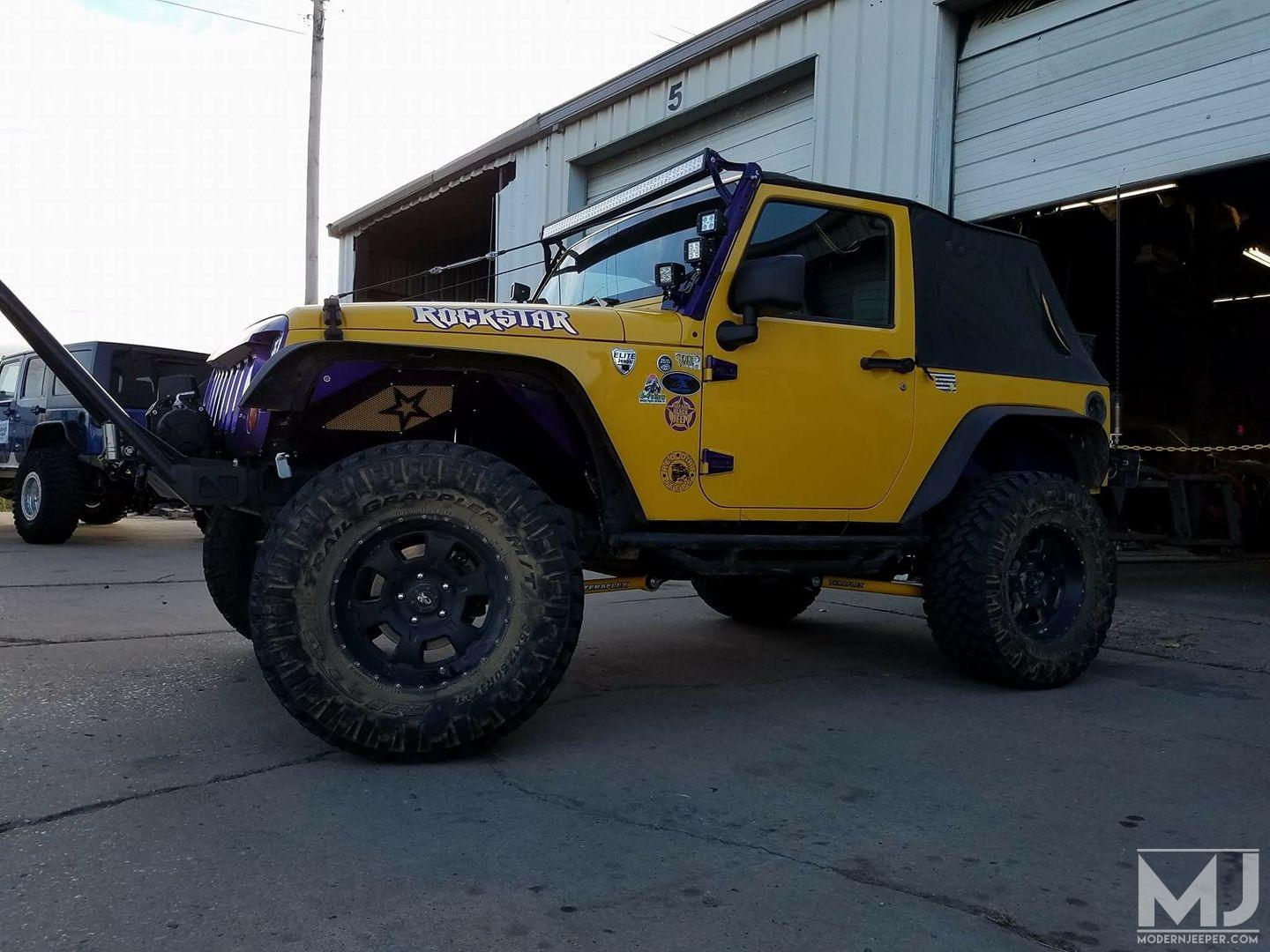 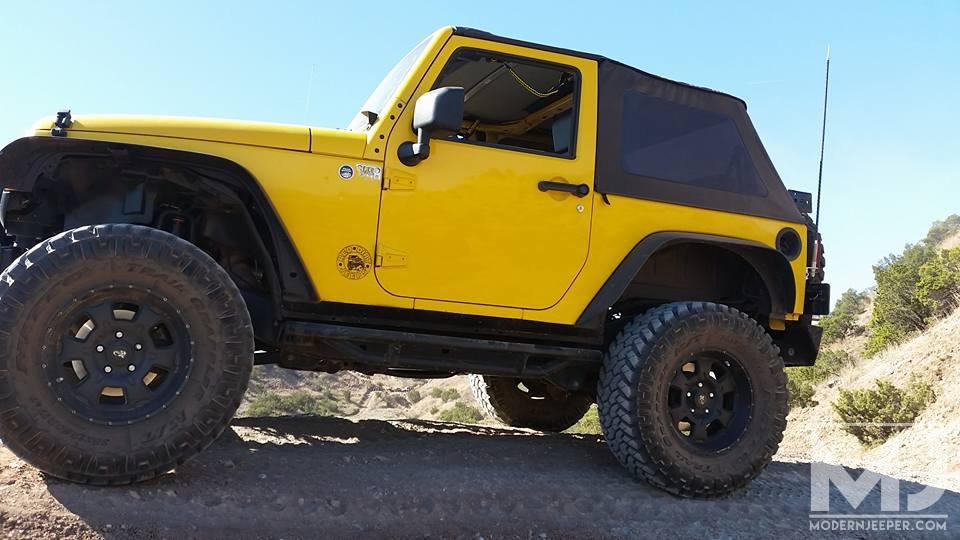 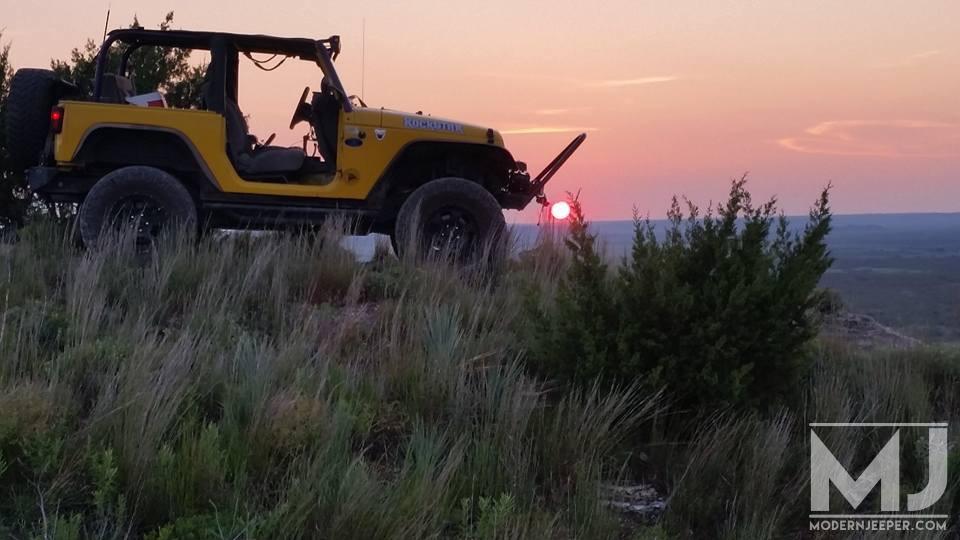 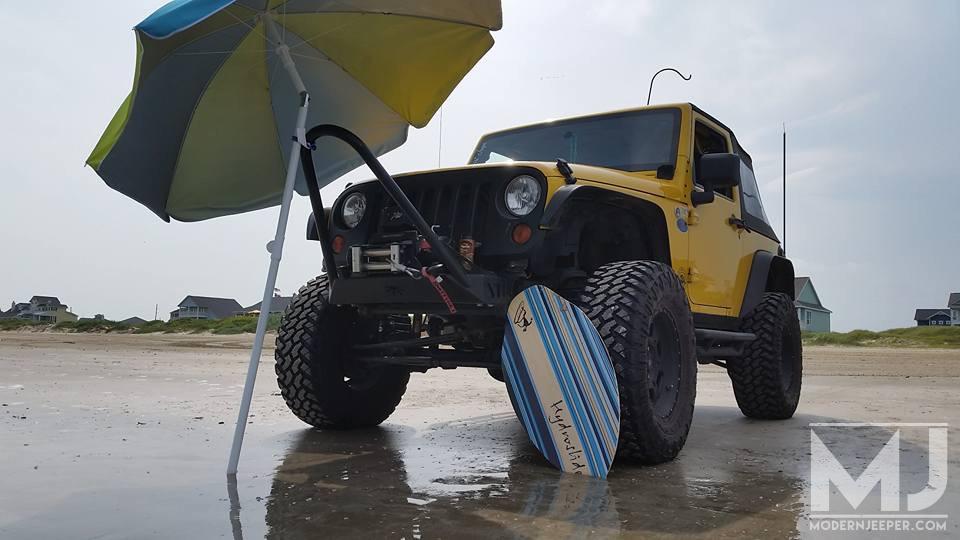 Stay tuned for part 2 of this story to learn about all the upgrades I have done, as well as the challenges Rockstar and I have been through to make her what she is today!! Like any strong relationship, they all take work!