Obviously we know that overland is a real thing and that more and more folks are becoming involved in “car camping”. Well, apparently the...

Obviously we know that overland is a real thing and that more and more folks are becoming involved in “car camping”. Well, apparently the folks at SEMA are paying attention! This year one of the halls actually has space dedicated for the overland rig! In an upcoming article we will take a video stroll through this artificial campground that caters to the overlanding manufacturer. 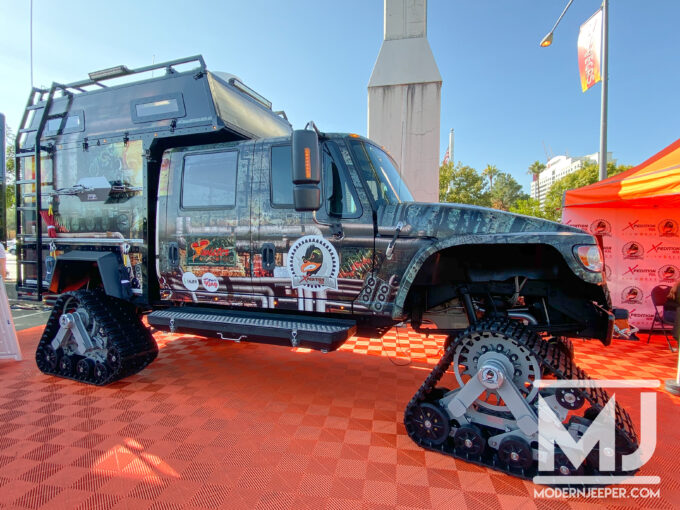 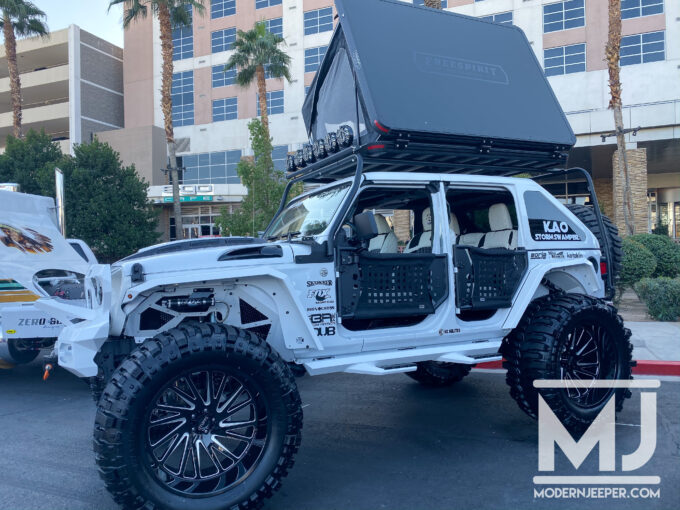 What used to be big wheels and tires…say 40’s on 20’s…is no longer big. I mean 40″ tall tires are still big for most of us to run in the offroad world and a 20″ wheel is a whole lot of wheel…but how about 44’s on 30’s? Yes, you read that right. 42’s on 28’s was also a common combination on a number of the large truck builds around the show. Not sure we will see them rolling through Johnson Valley anytime soon, but know that they are out there! 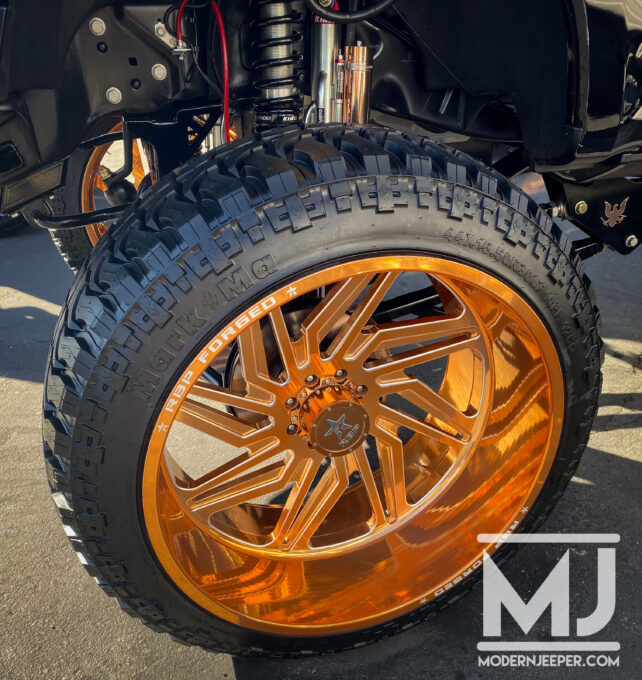 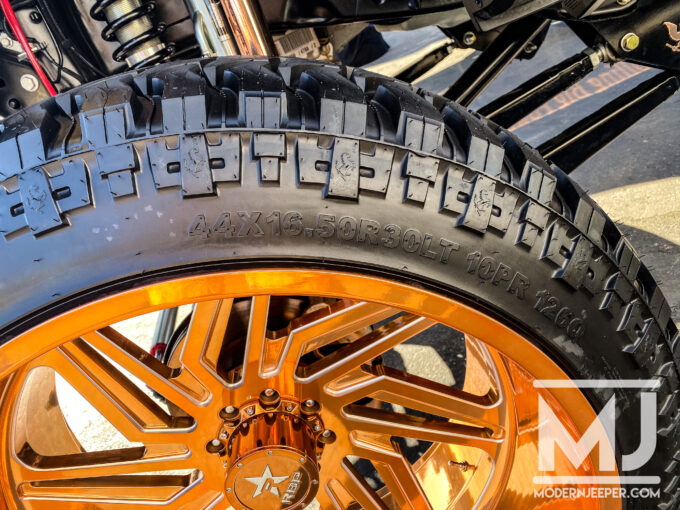 Over building is definitely not a new trend at SEMA, but the builds are becoming more creative as manufacturers and builders try to stand out in the sea of what is The SEMA Show. 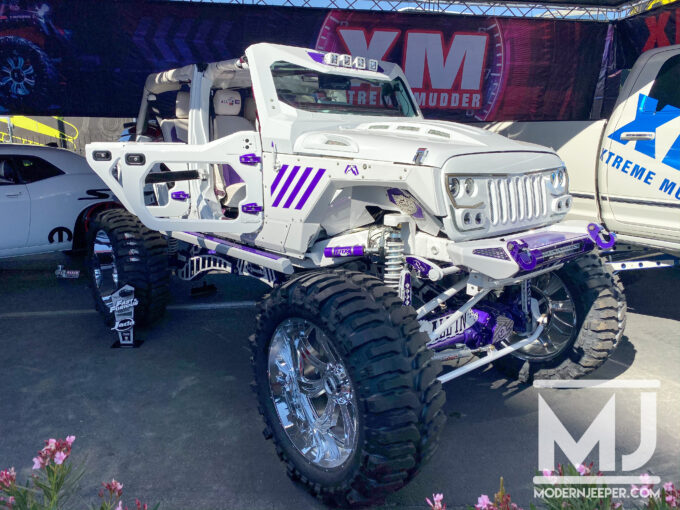 In another future article, we will take an in depth look at this white Jeep, known as “All In”. 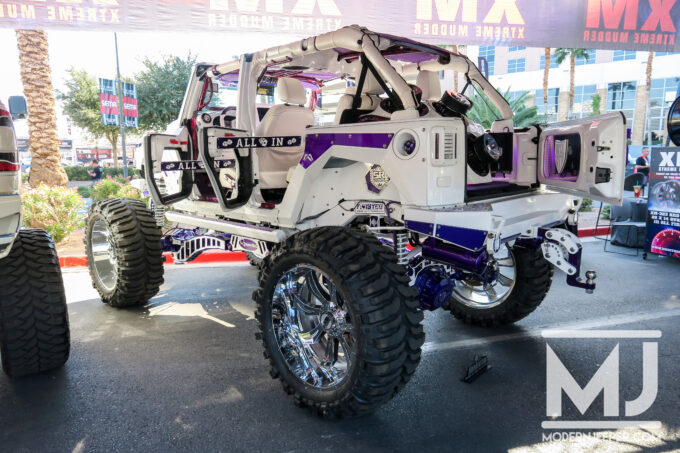 Another trend we are seeing are new and “creative” tread designs from tire manufacturers. Now sure how any of them actually work, but we are guessing is more about the look than the functionality. 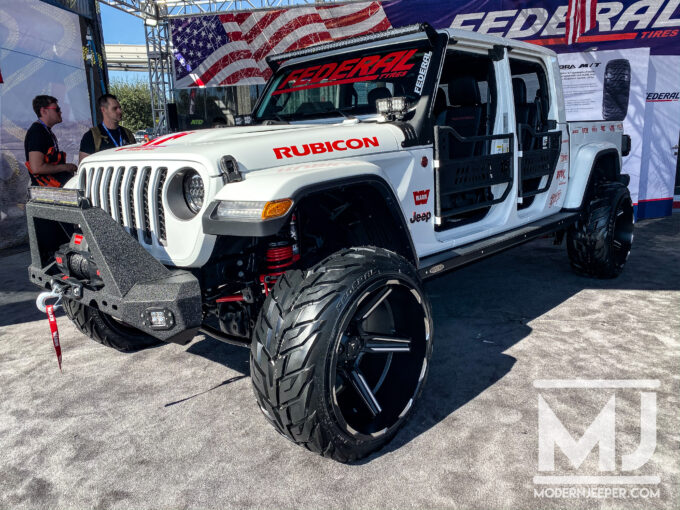 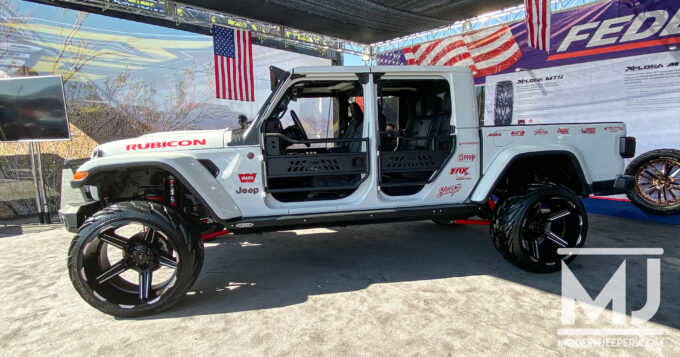 Even the racers are out here showing off their latest builds and creations. Wayland Campbell of Ultra4 racing fame brought out his new car…his 4th gen single seat, IFS car, which is one of the cleanest off road race cars I’ve ever seen. Putting out 830 HP its a good thing the car carries 55 gallons of fuel! Hopefully we will get a chance to see Wayland take a few checkered flags home with this car! 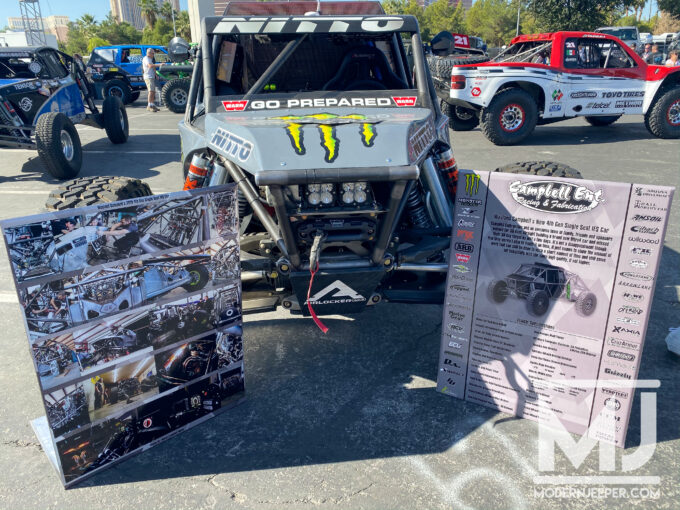 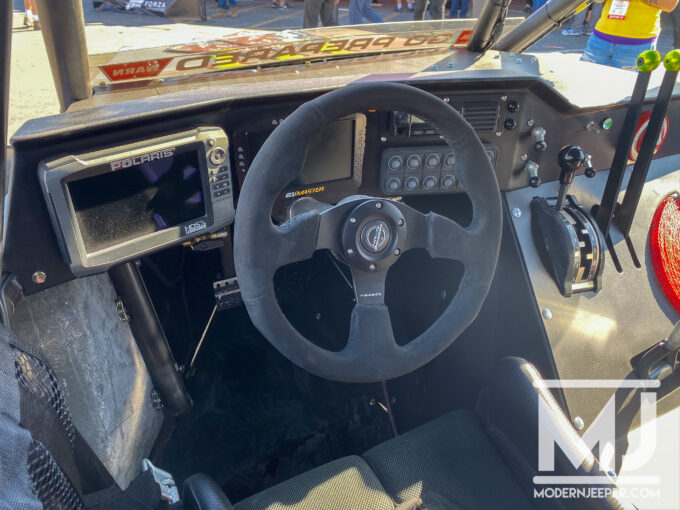 We will leave you with a few more images from Day 3, where the SEMA builders are still over the top! And yes, this TIS OffRoad rig started life as a side by side! 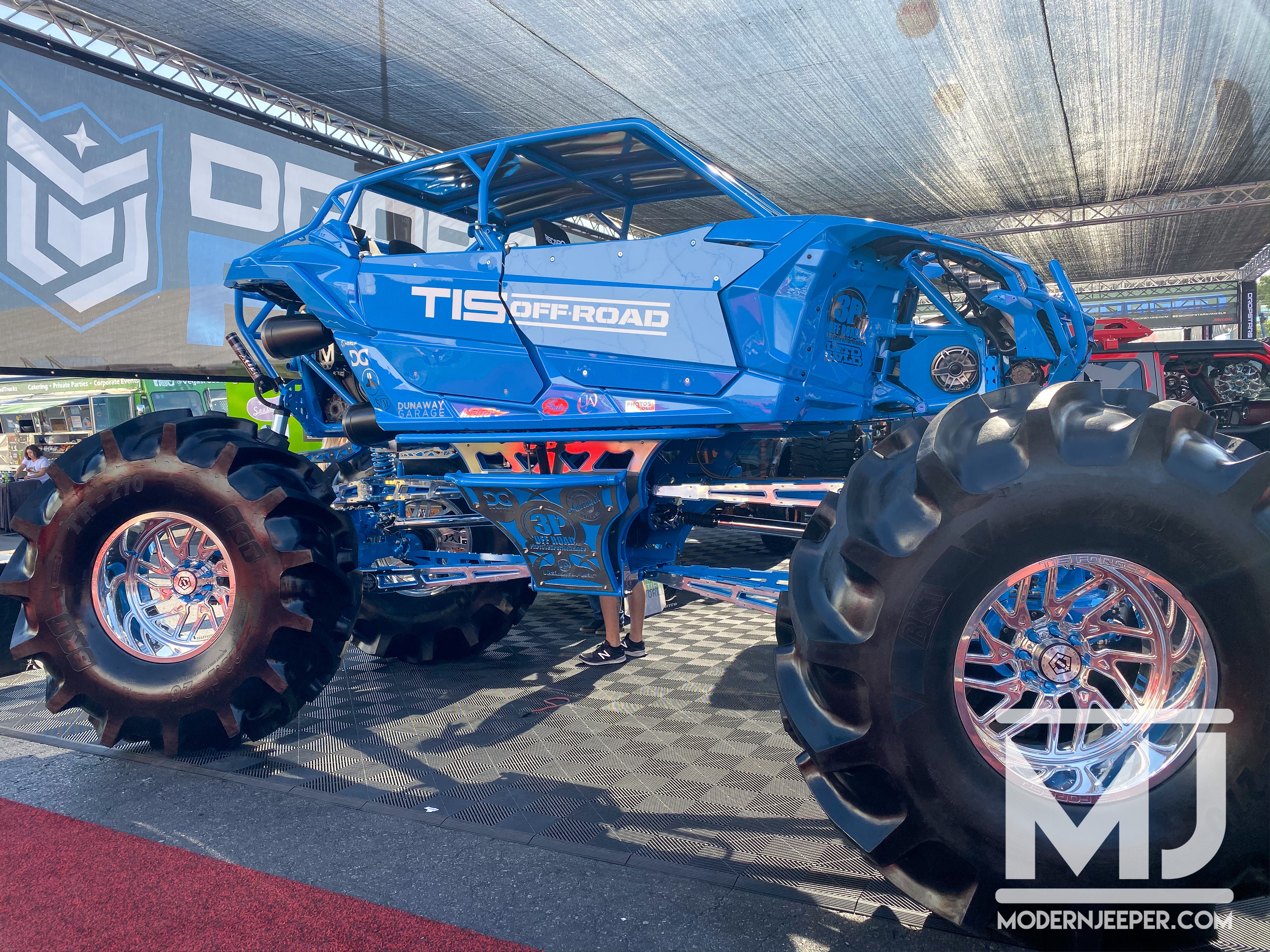 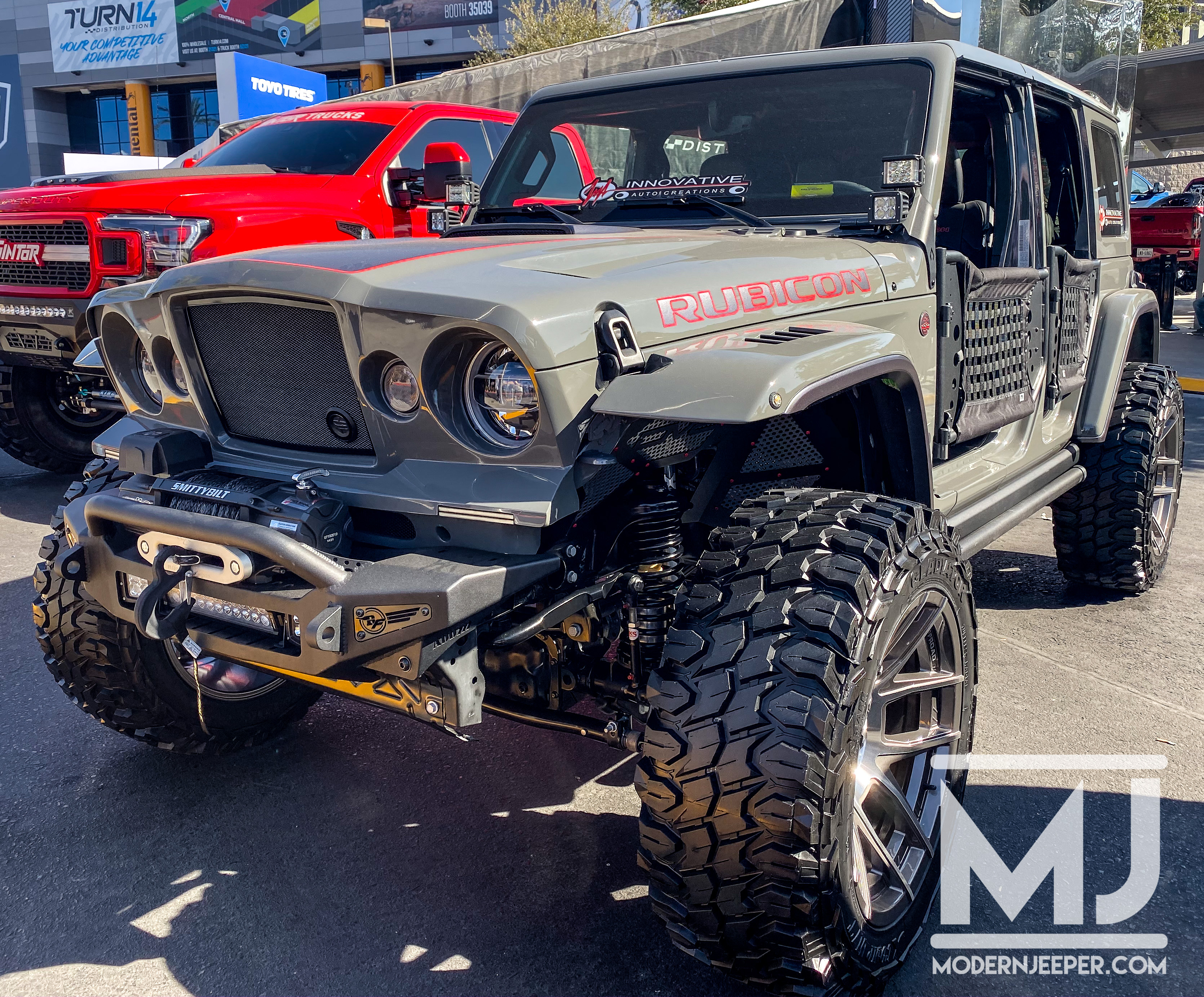 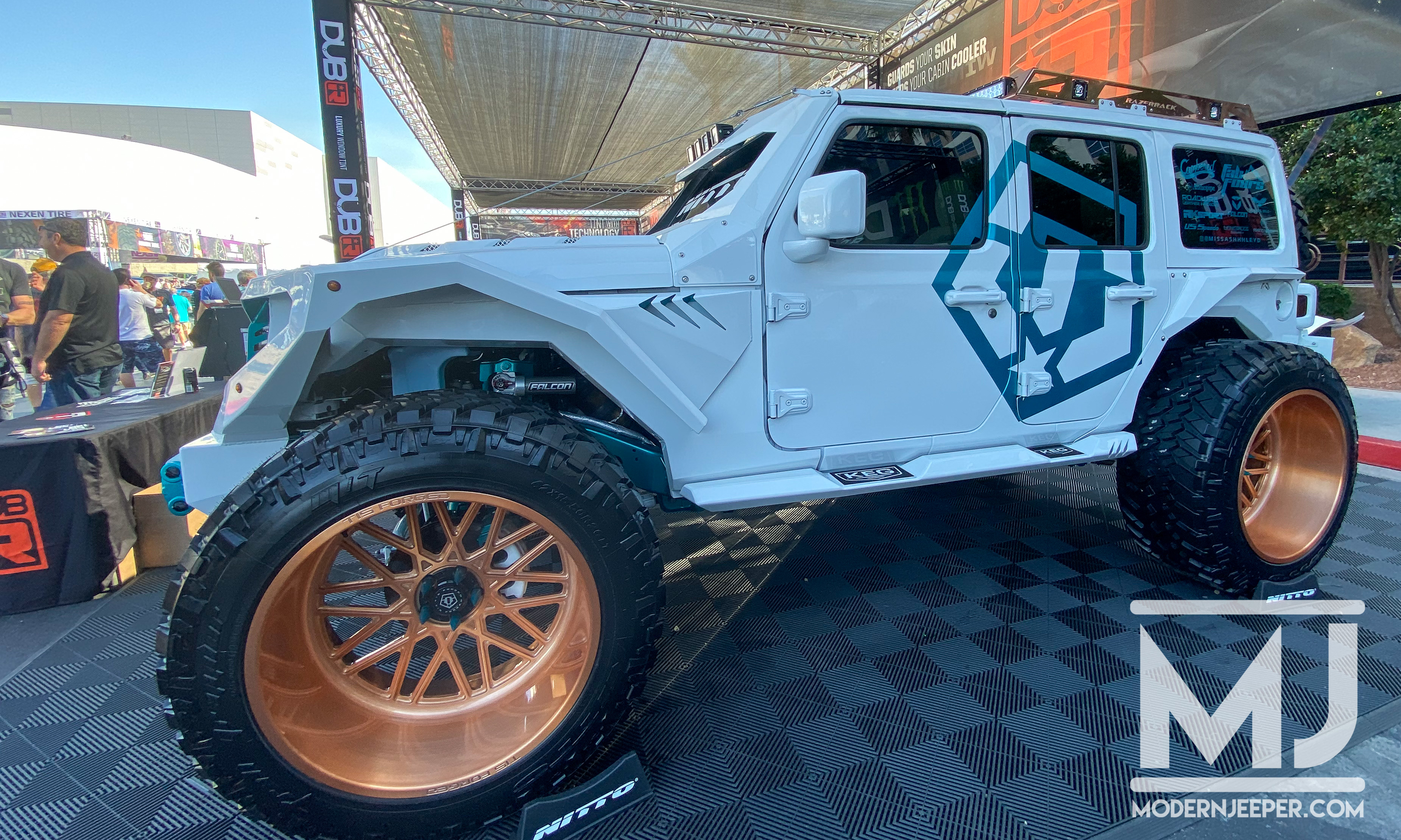 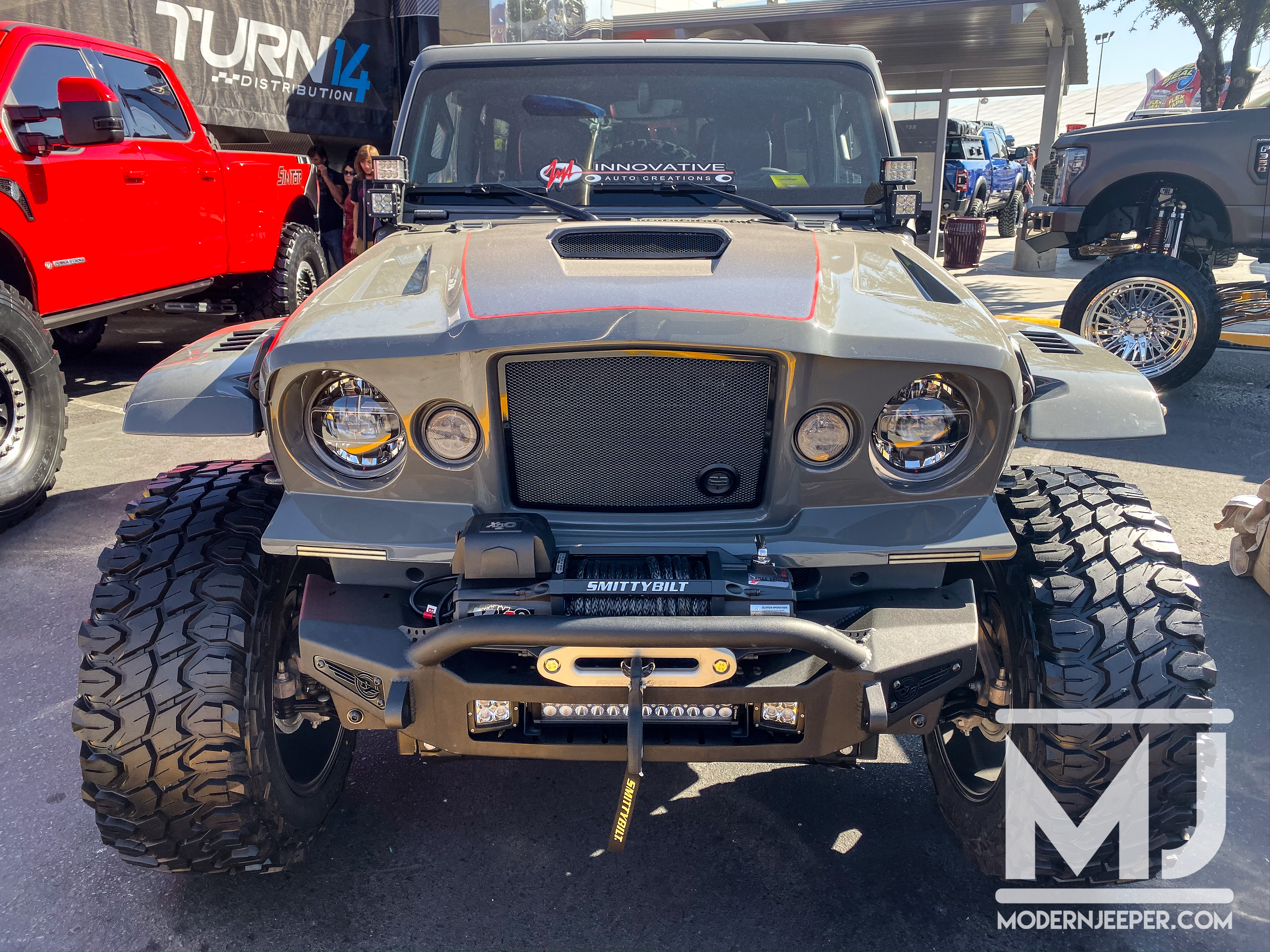 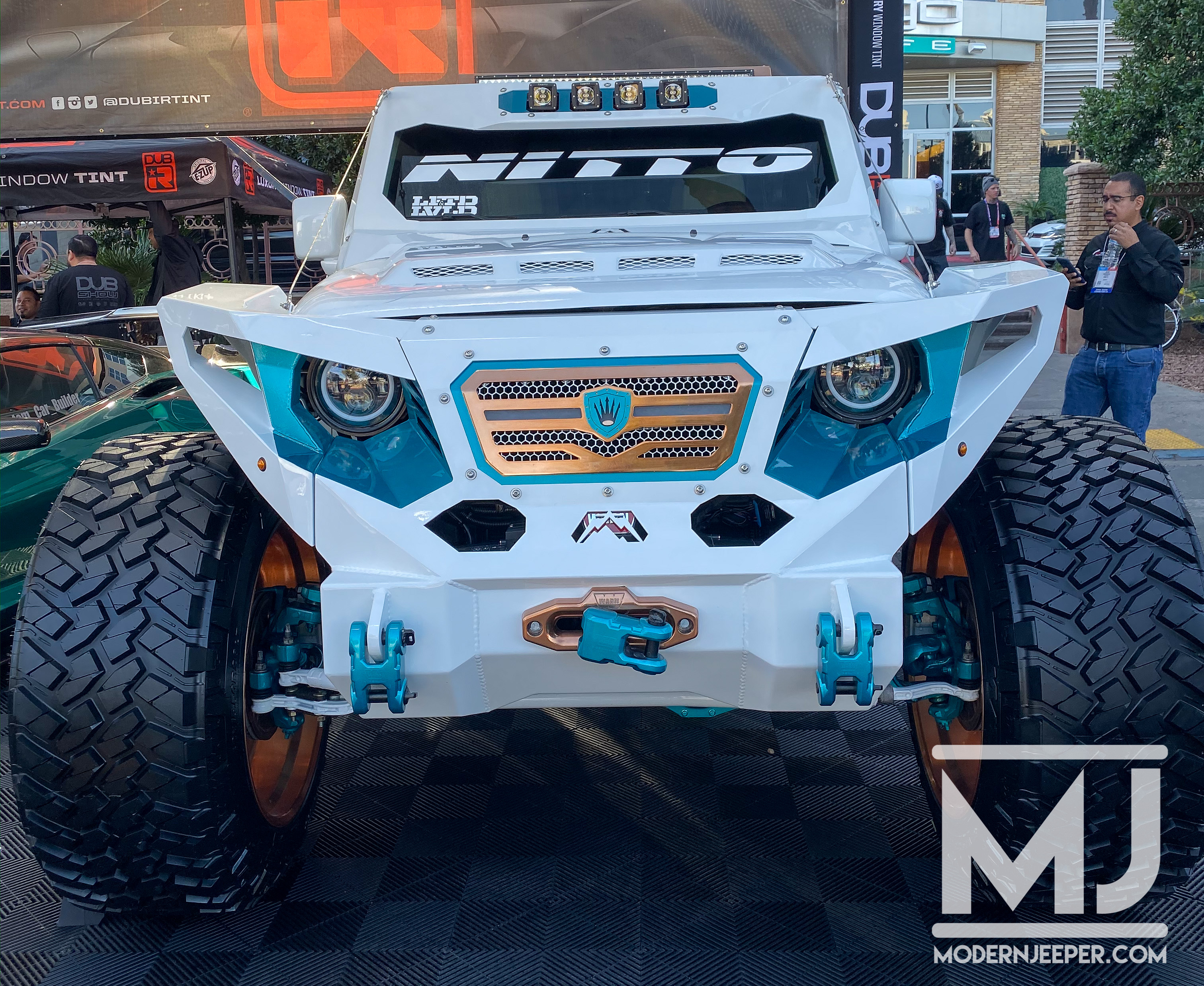 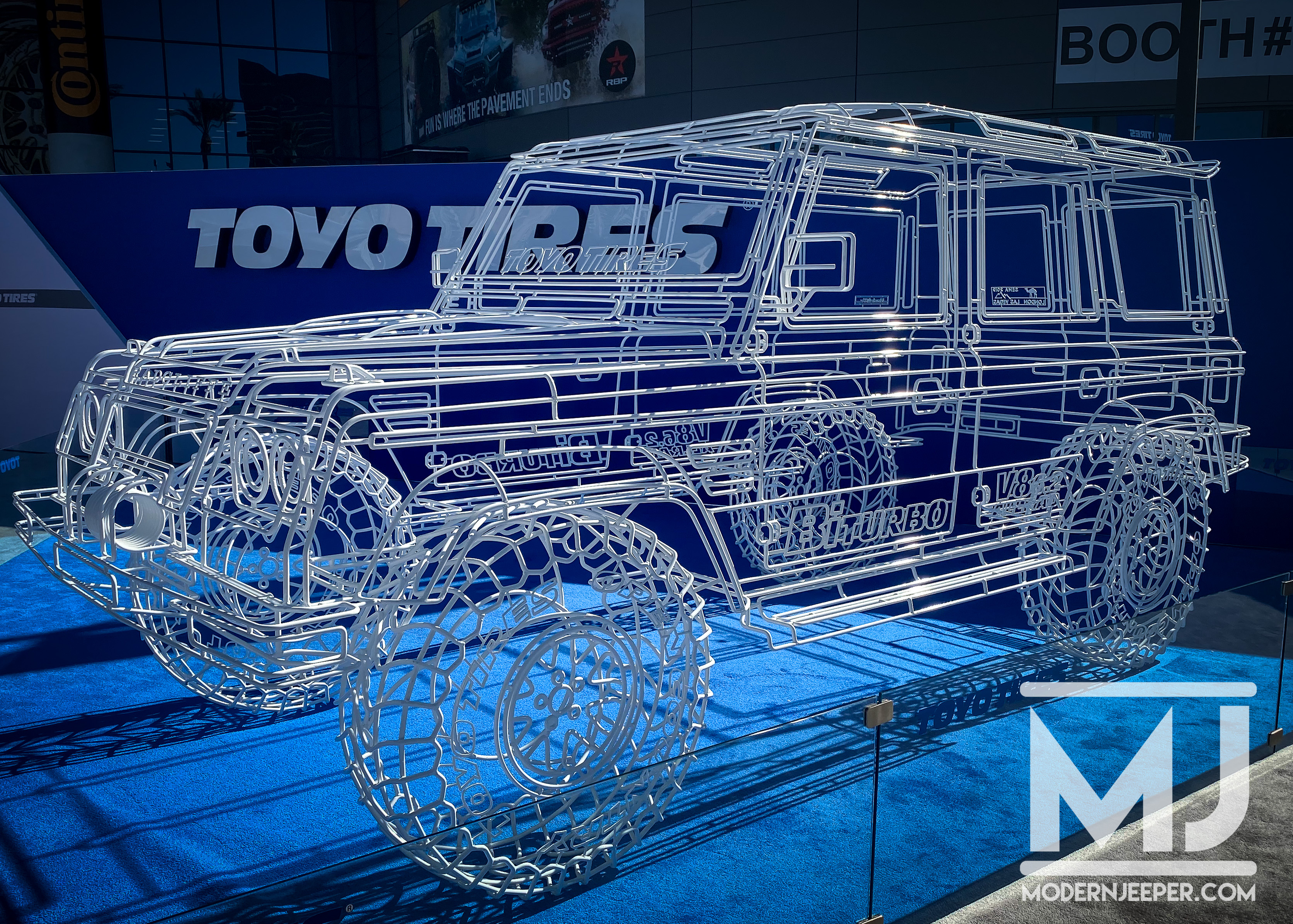 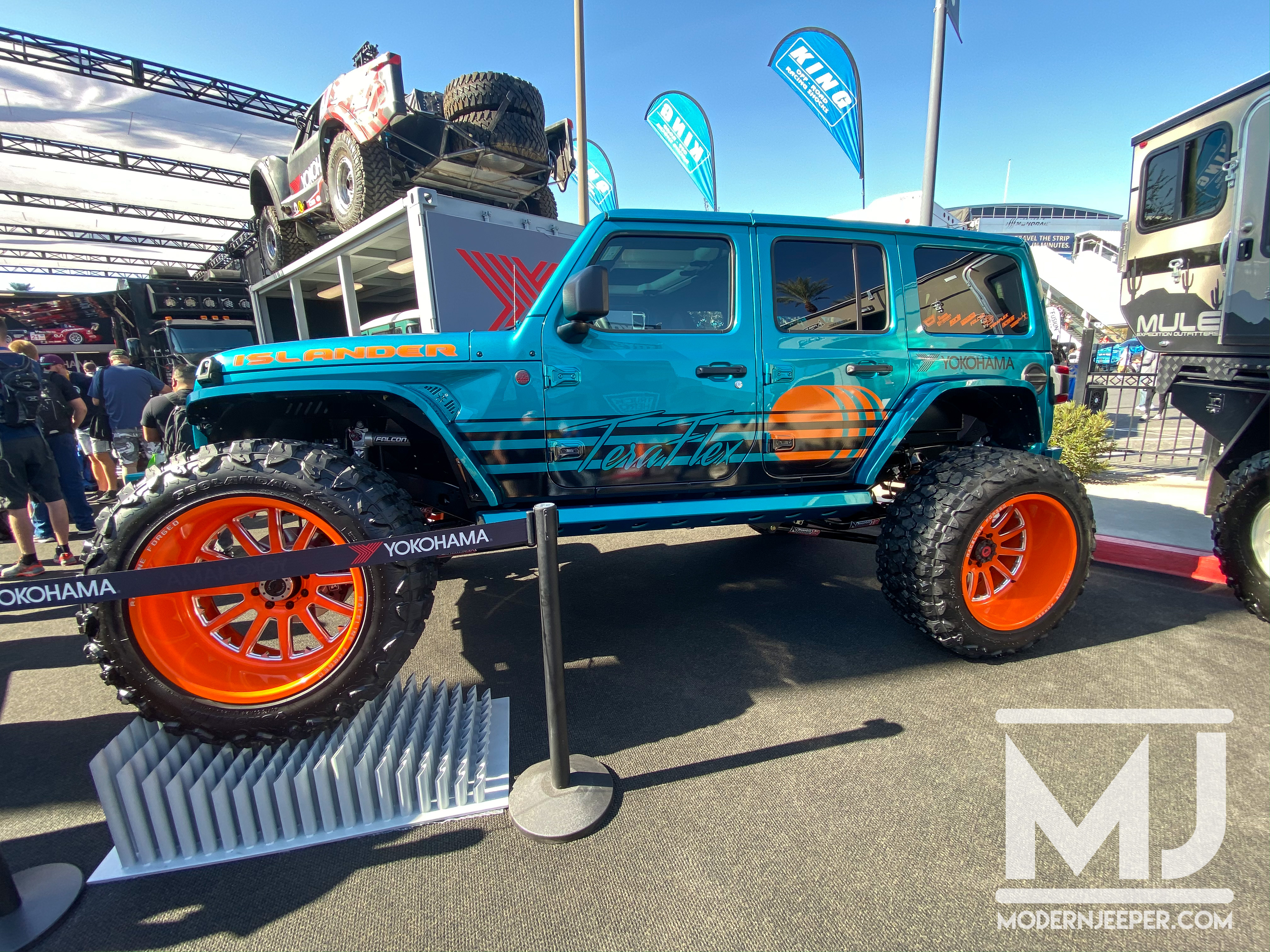 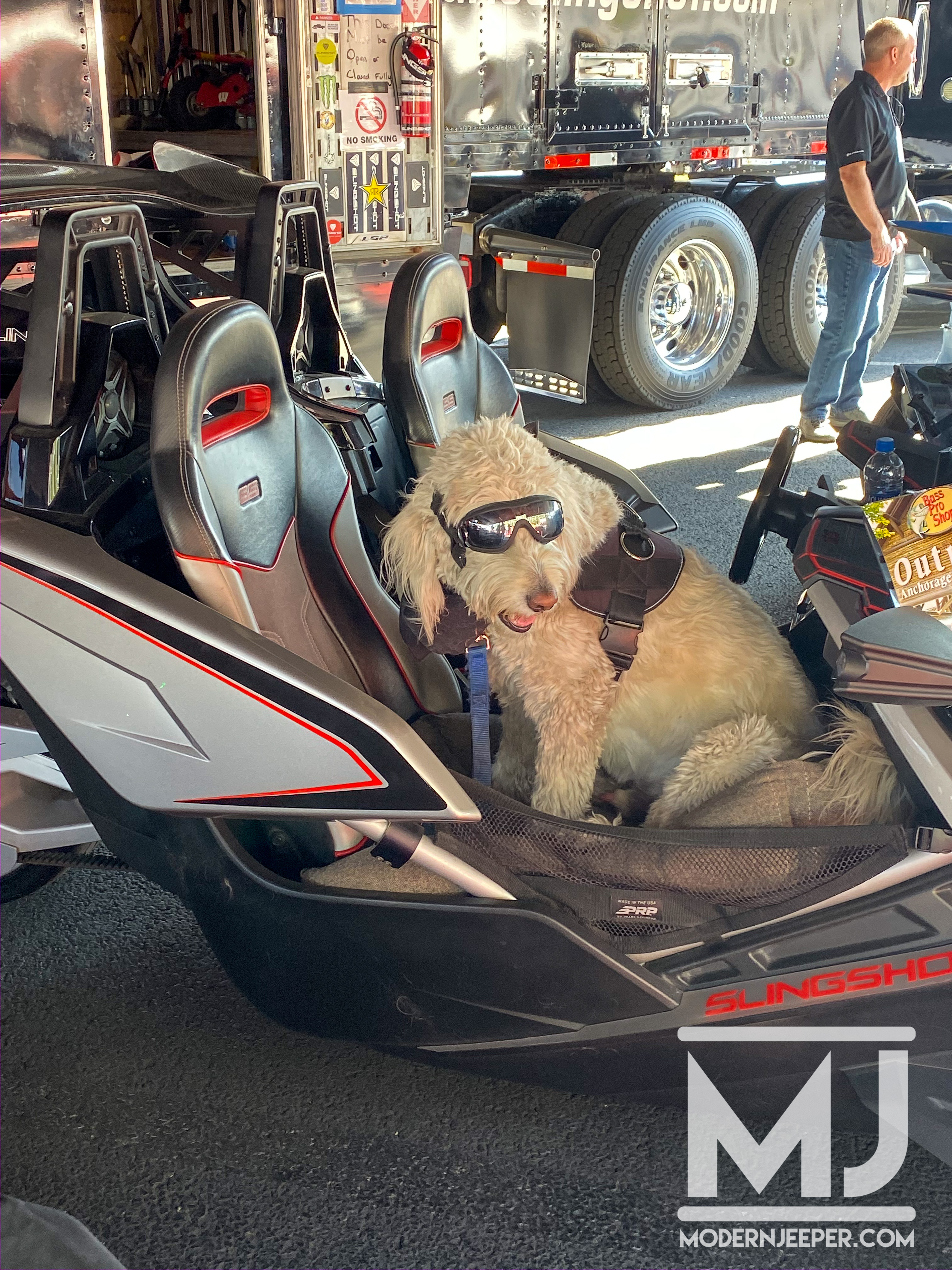