MJ Destinations4 Ouray1
One of the most popular areas in Colorado for Modern Jeepers is in Ouray, Colorado, known as “the Switzerland of America”. Ouray is located...

One of the most popular areas in Colorado for Modern Jeepers is in Ouray, Colorado, known as “the Switzerland of America”. Ouray is located in the mountains of Southwestern Colorado on US Hwy 550, 70 miles north of Durango and 98 miles south of Grand Junction. The portion of Hwy 550 between Silverton and Ouray is referred to as the Million Dollar Highway. 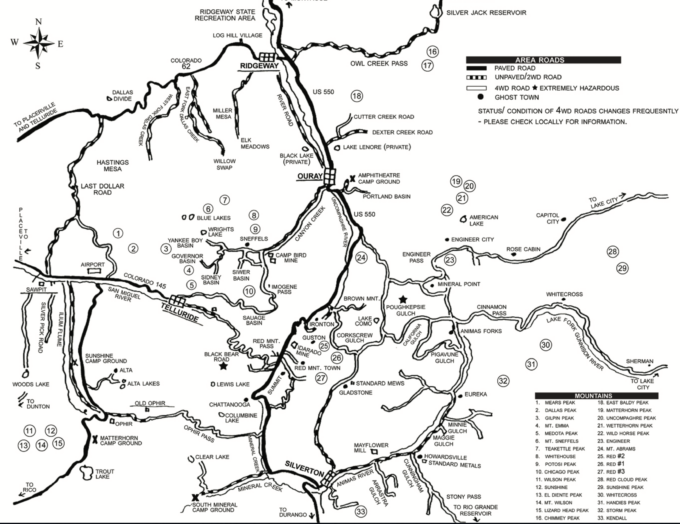 From OurayColorado.com: Seventy-five miles of rugged dirt roads and trails carve through the breathtaking San Juan Mountains. The Alpine Loop follows historic routes worn by Native Americans traversing the region as they returned to traditional summer camps and the mining roads that connected the booming mining towns of Silverton, Lake City, Telluride and Ouray. Along this route, you’ll encounter skeletons of old mining towns and mills that once promised great hope and prosperity.

It’s best to begin your Alpine Loop journey out of Ouray southbound on Highway 550. The posted mileage for the “loop” can be deceiving – a trip out and back to Ouray exceeds 100 miles and will easily take an entire day to explore. Even better, break it into a multi-day adventure! 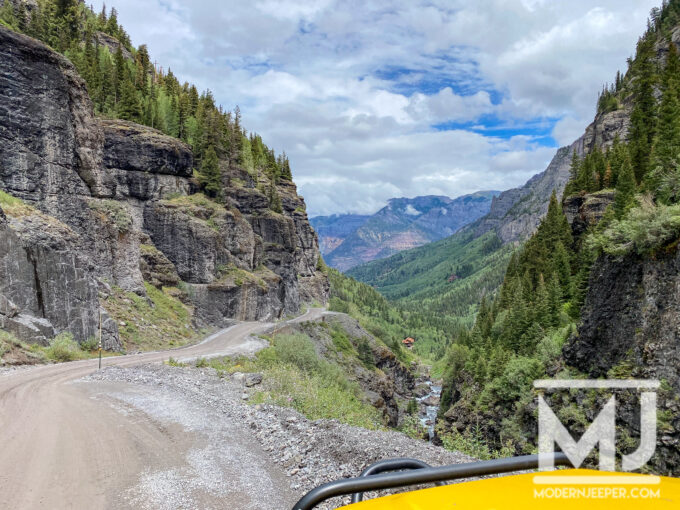 The recommended route for the tour between Ouray, Silverton and Lake City is to start at Corkscrew Gulch, eight miles south of Ouray. At the beginning of your trip, you will see the iconic Red Mountains #1, #2 and #3, which get their color from the high concentrations of iron oxide in the soil and contrast dramatically with the yellow mineral-rich dirt around the historic mine sites. Travel over California Gulch, north of Silverton, and spend some time at the amazingly preserved ghost town of Animas Forks. Connect with Cinnamon Pass and travel to Lake City, where you can explore the charming Victorian mining town. Return via Engineer Pass, making sure to stop at Rose’s Cabin and Mineral Point. You can also return via California and Corkscrew Gulches for an easier route home.

The Alpine Loop rises above tree line at most of its passes, both Cinnamon and Engineer top out well above 12,000 feet. Up here, the weather is easily 20 degrees colder than at lower elevations; be sure to bring a jacket and warm clothes. While driving the Alpine Loop, you’ll see a number of routes that take off from the main road. Many of these historic trails are blocked with rocks, logs, gates, dirt berms, or other barriers. These routes are not open to motorized travel and the barriers are used to protect private property, prevent vehicle damage to fragile meadows or tundra, or prevent vehicle access to Wilderness or Wilderness Study Areas as required by law. The routes also intersect at many points, so pick up a more detailed map before your actual adventure. 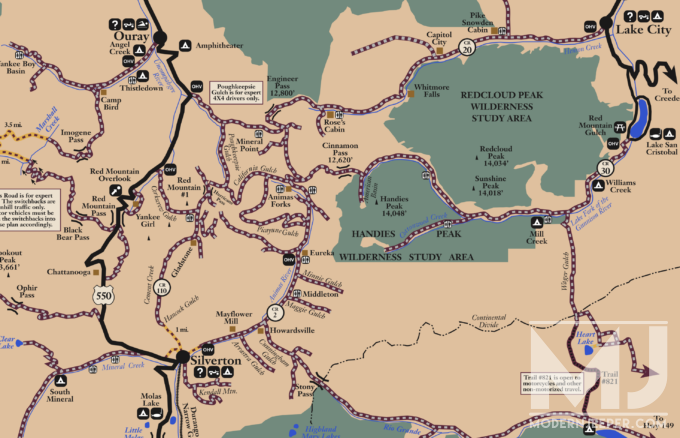 Ouray, Colorado is named after the most famous chief of the Ute Indian tribe, who made his home in the Uncompahgre Valley. The Utes first arrived in the San Juans about 1300 and by the mid 19th century considered the San Juans their land. The first treaty between the Utes and the U. S. govern- ment was signed in 1849. Ouray saw that fighting the white settlers and soldiers would bring ruin to his tribe and he tried above all else to be the white man’s friend. Ouray said, “agreements the Indian makes with the government are like agreements a buffalo makes with a hunter after is has been pierced by many arrows. All it can do is lie down and give in.” 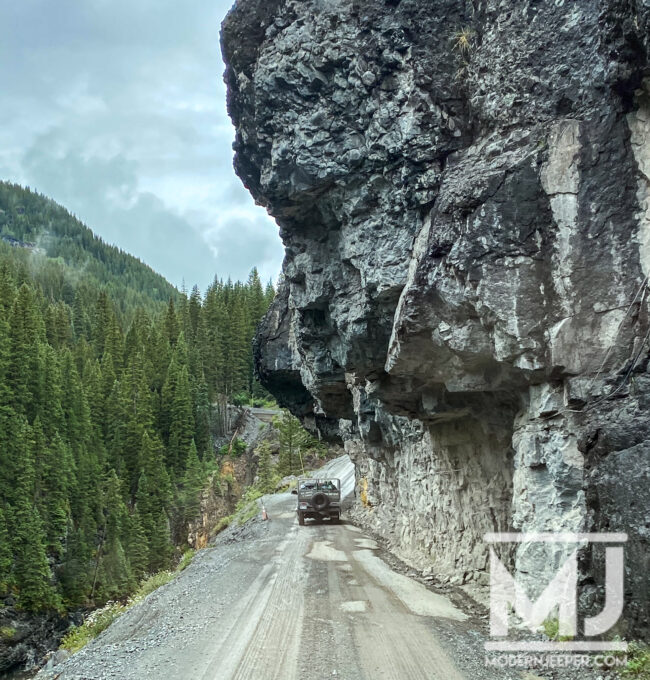 This easier trail is especially sought out by photographers for its spectacular explosion of wildflowers in the late spring and early summer season, and for its serene waterfalls. Follow Camp Bird Road (CR 361) 10 miles, taking the right fork to Yankee Boy Basin. After stopping to enjoy Twin Falls, follow the trail into the basin just below Mt. Sneffels. The last two miles may be very steep and rough; you can choose to park and hike the remaining distance to the base of Mt. Sneffels. This is a one-lane road in many places with a lot of traffic, including heavy equipment, large trucks, hikers, bikers, and motorcycles. Please pay attention, share the road and always spot your nearest pullout.

You can spend many days (and nights) in this area as the exploration is never ending! 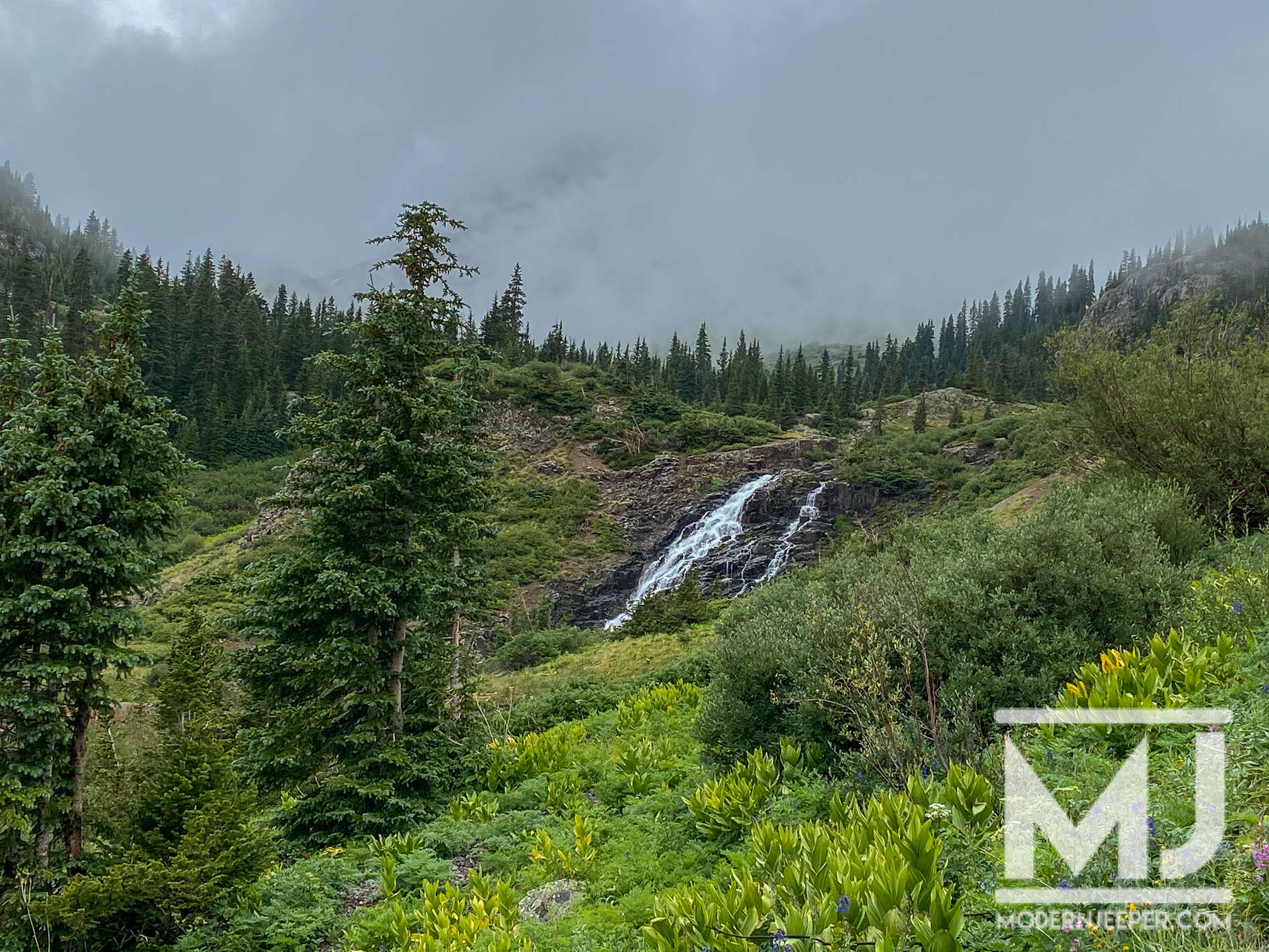 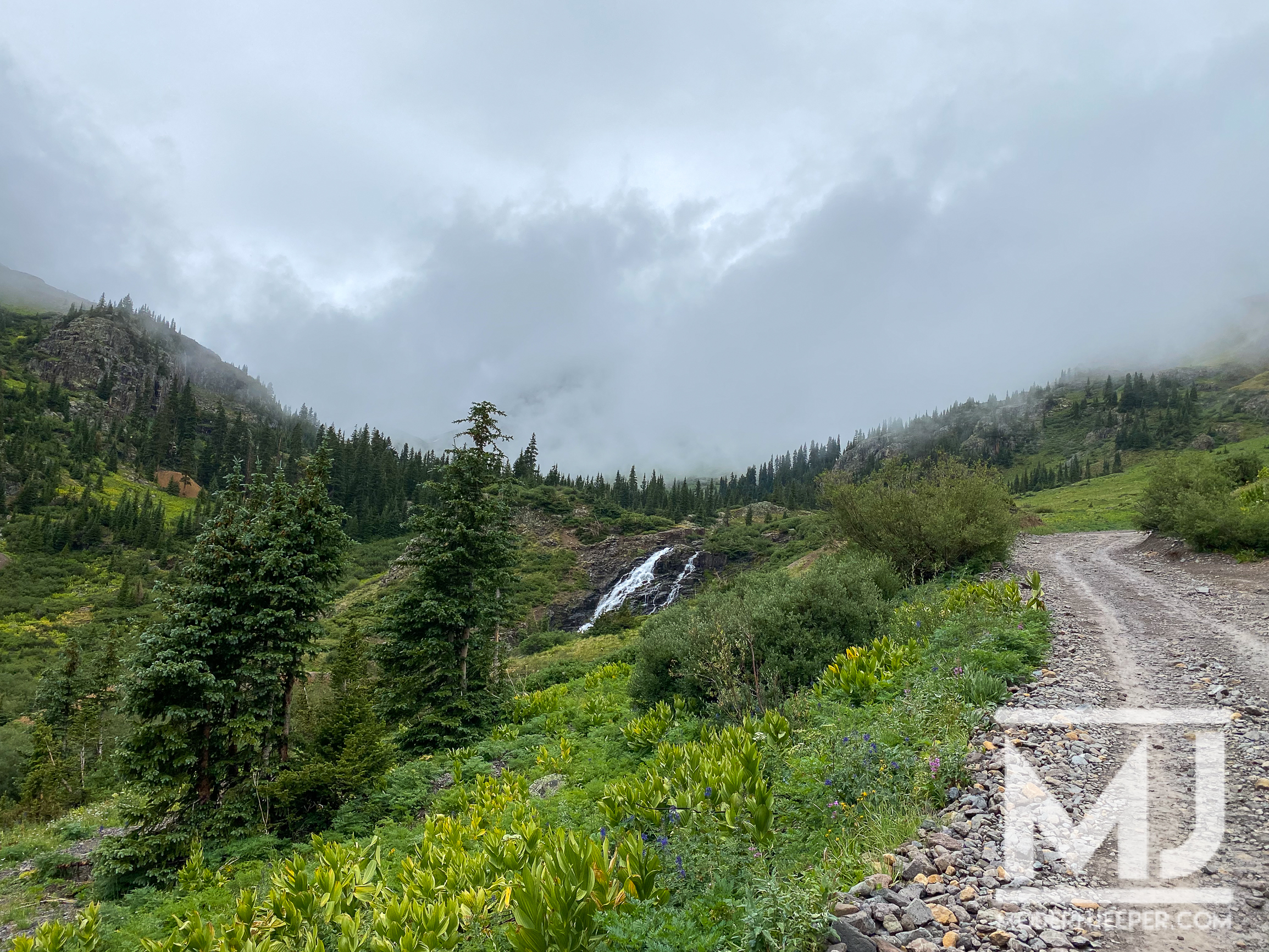 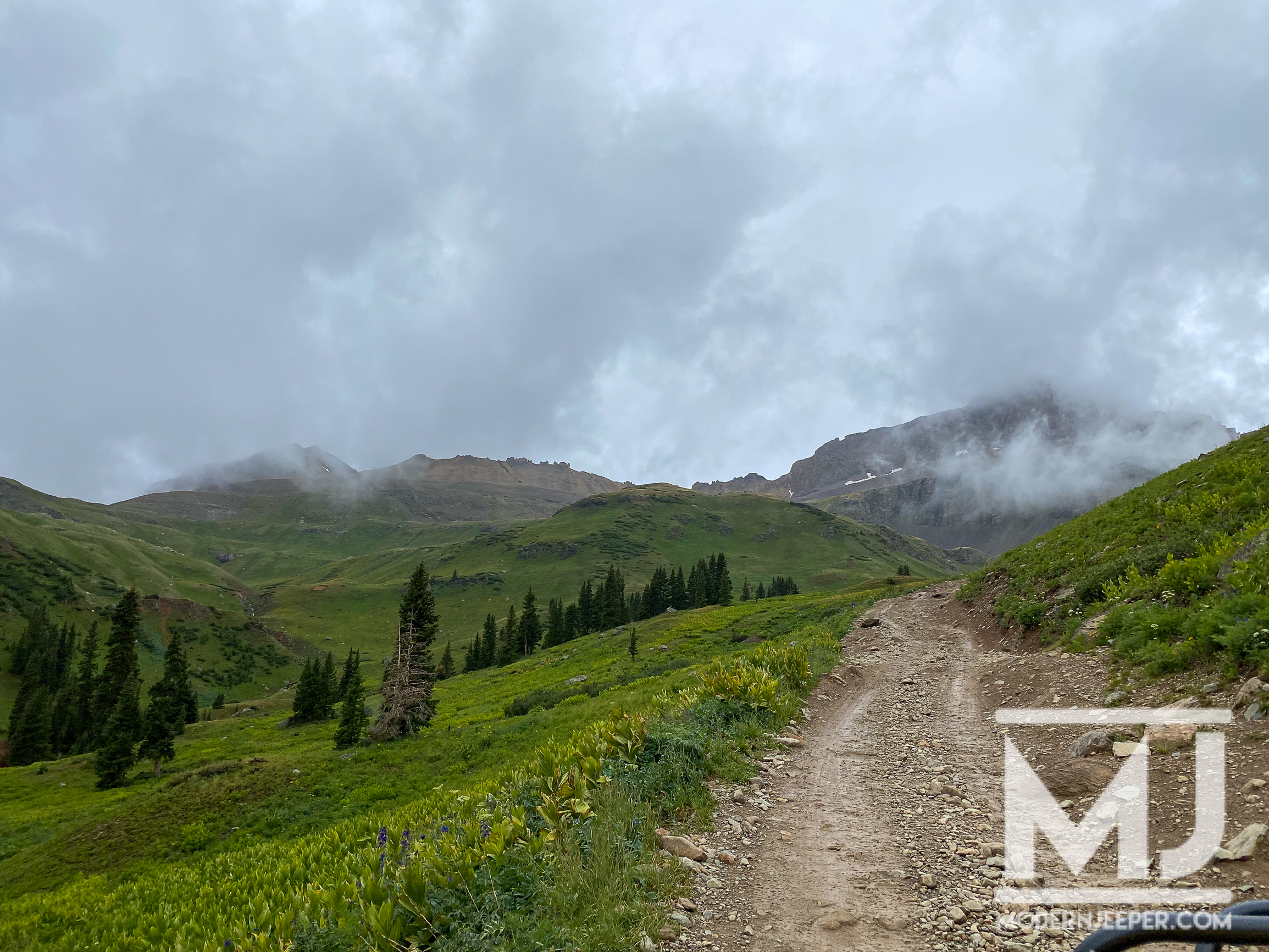 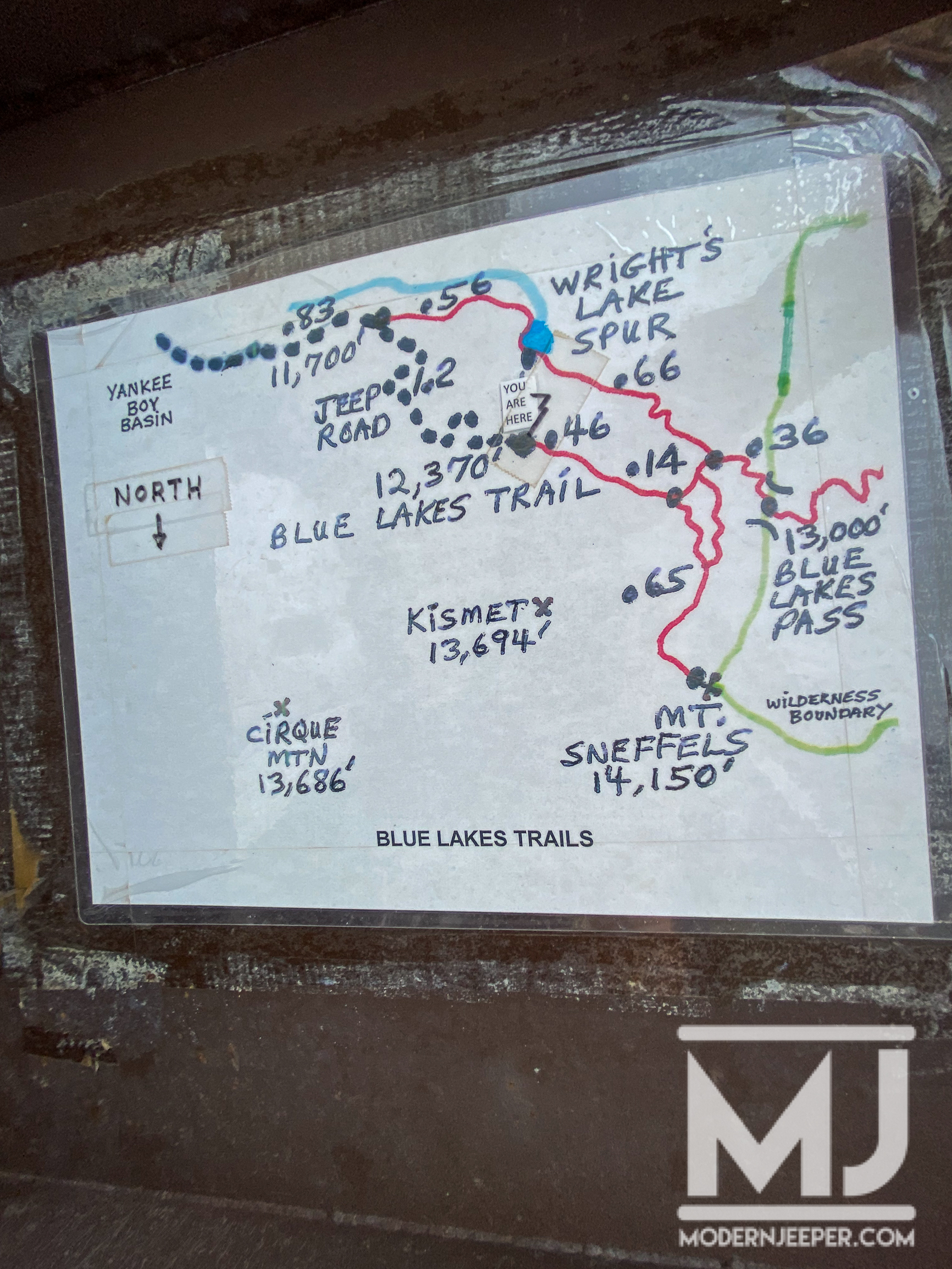 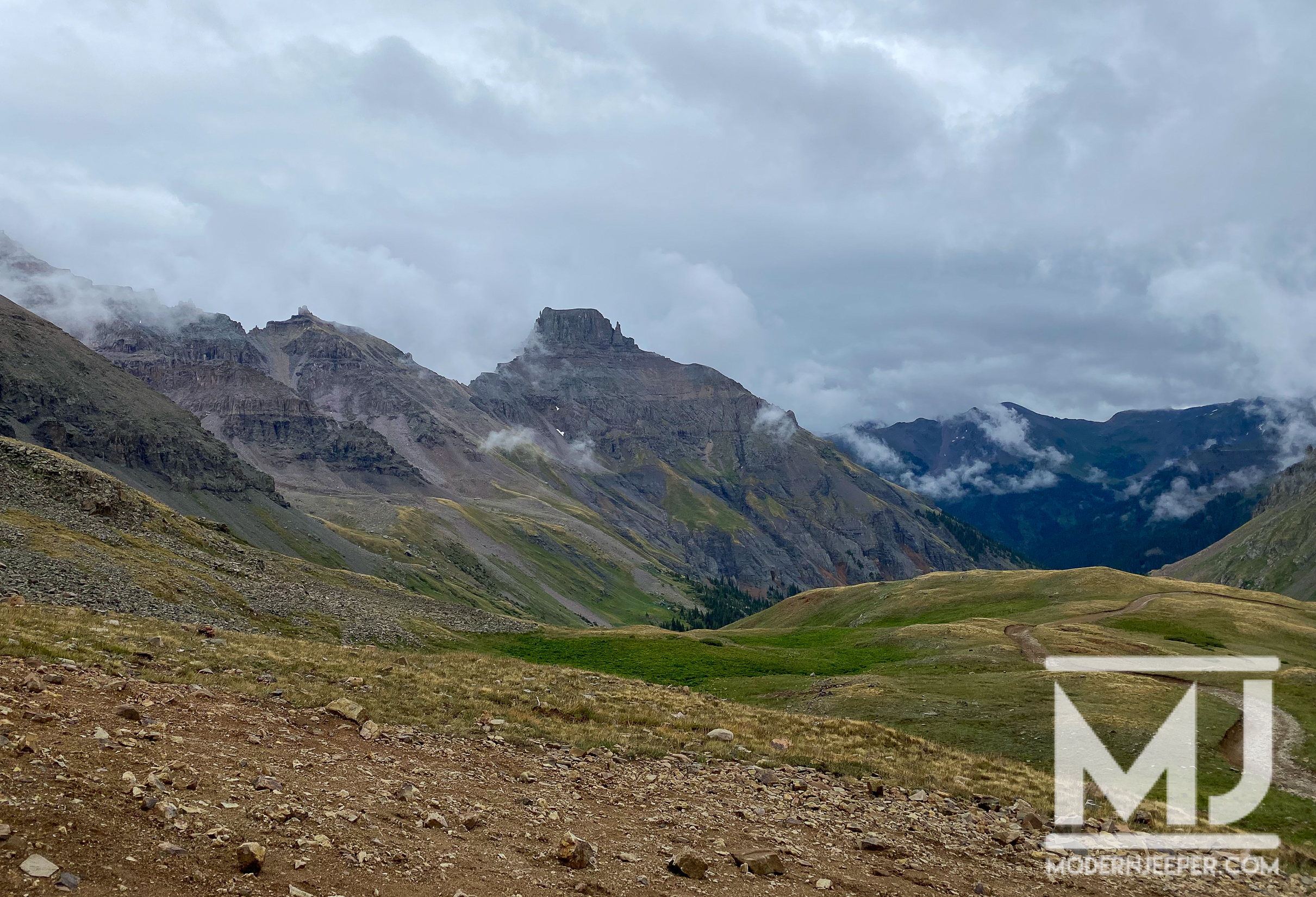 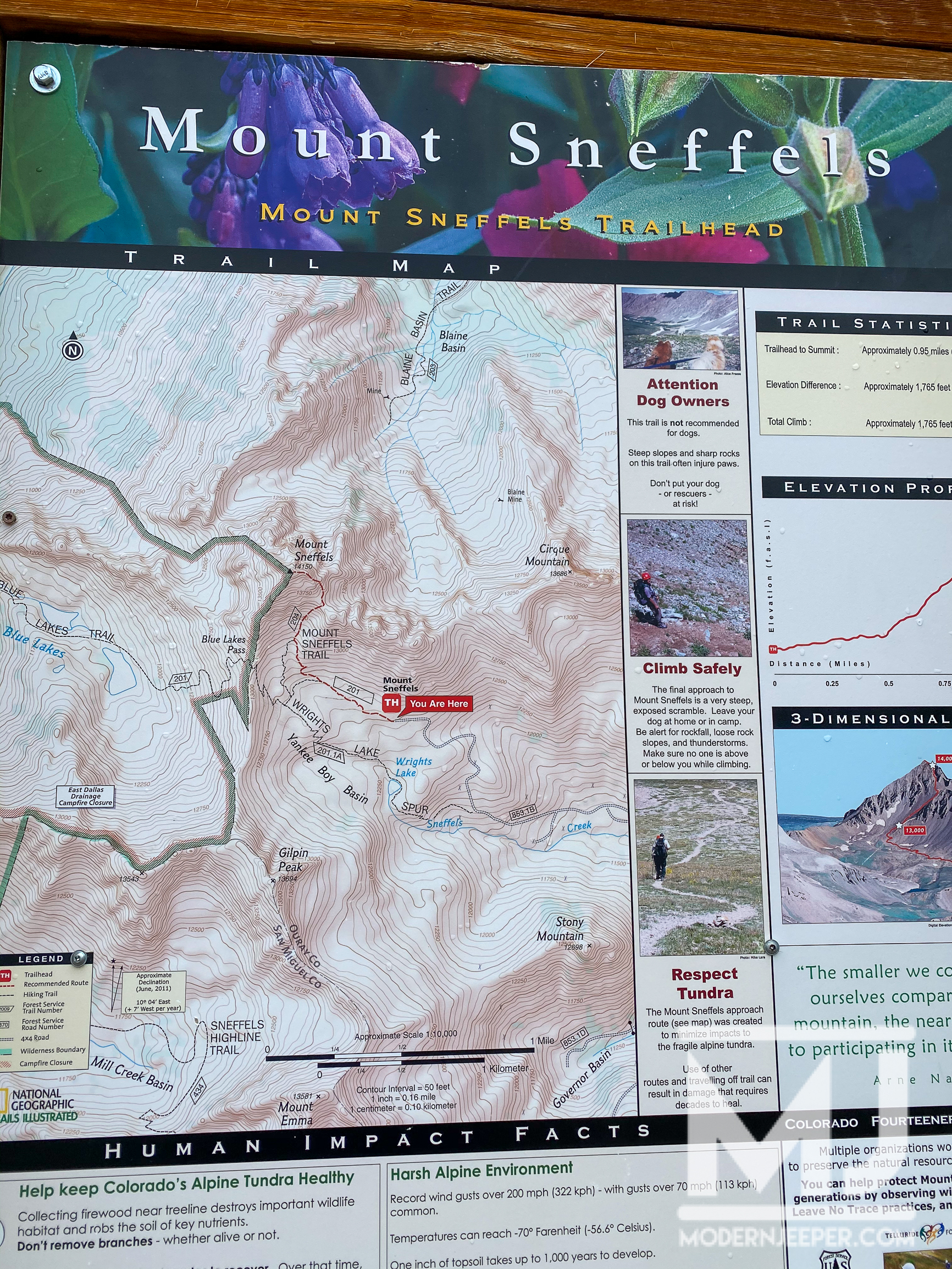 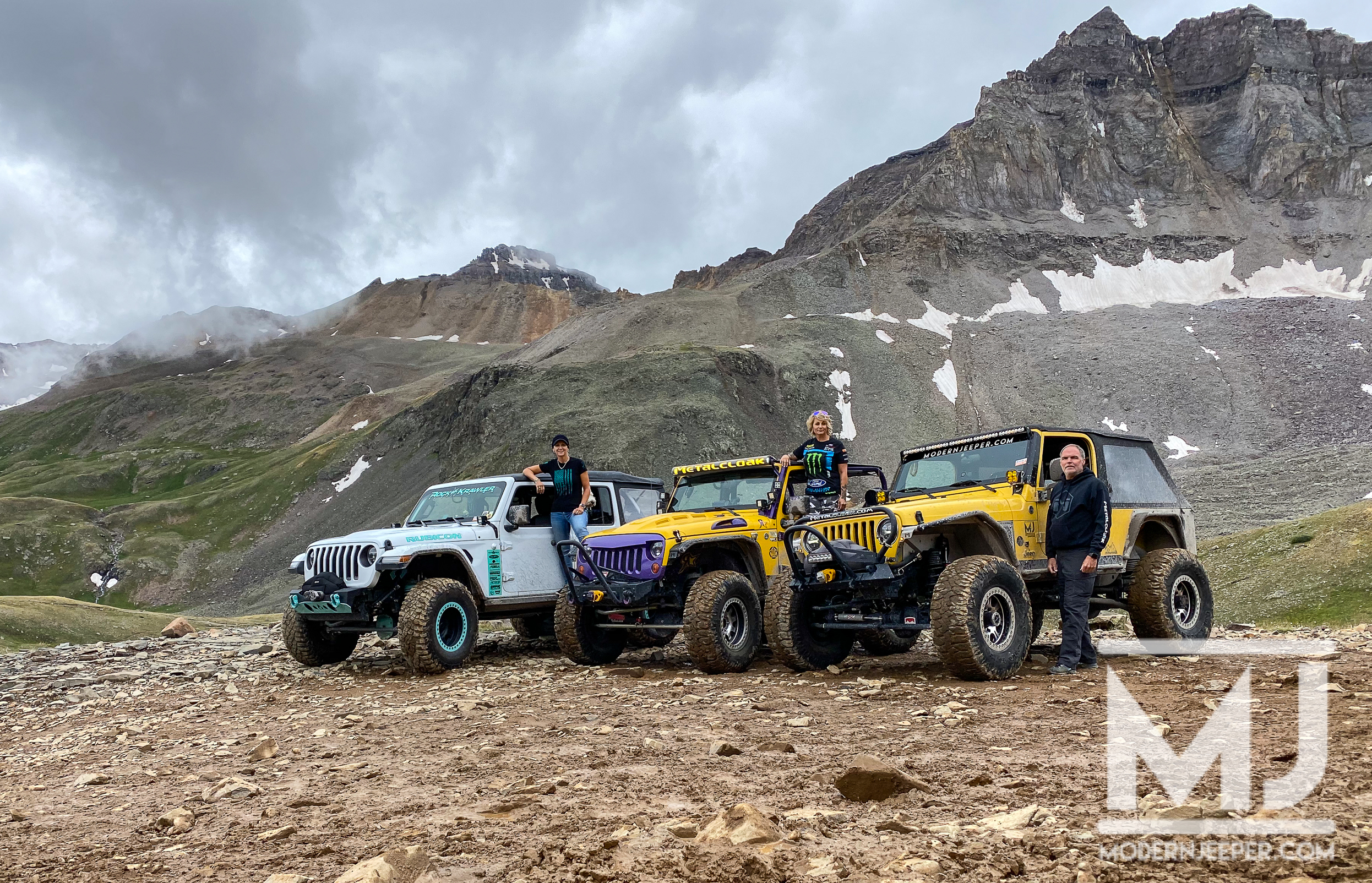 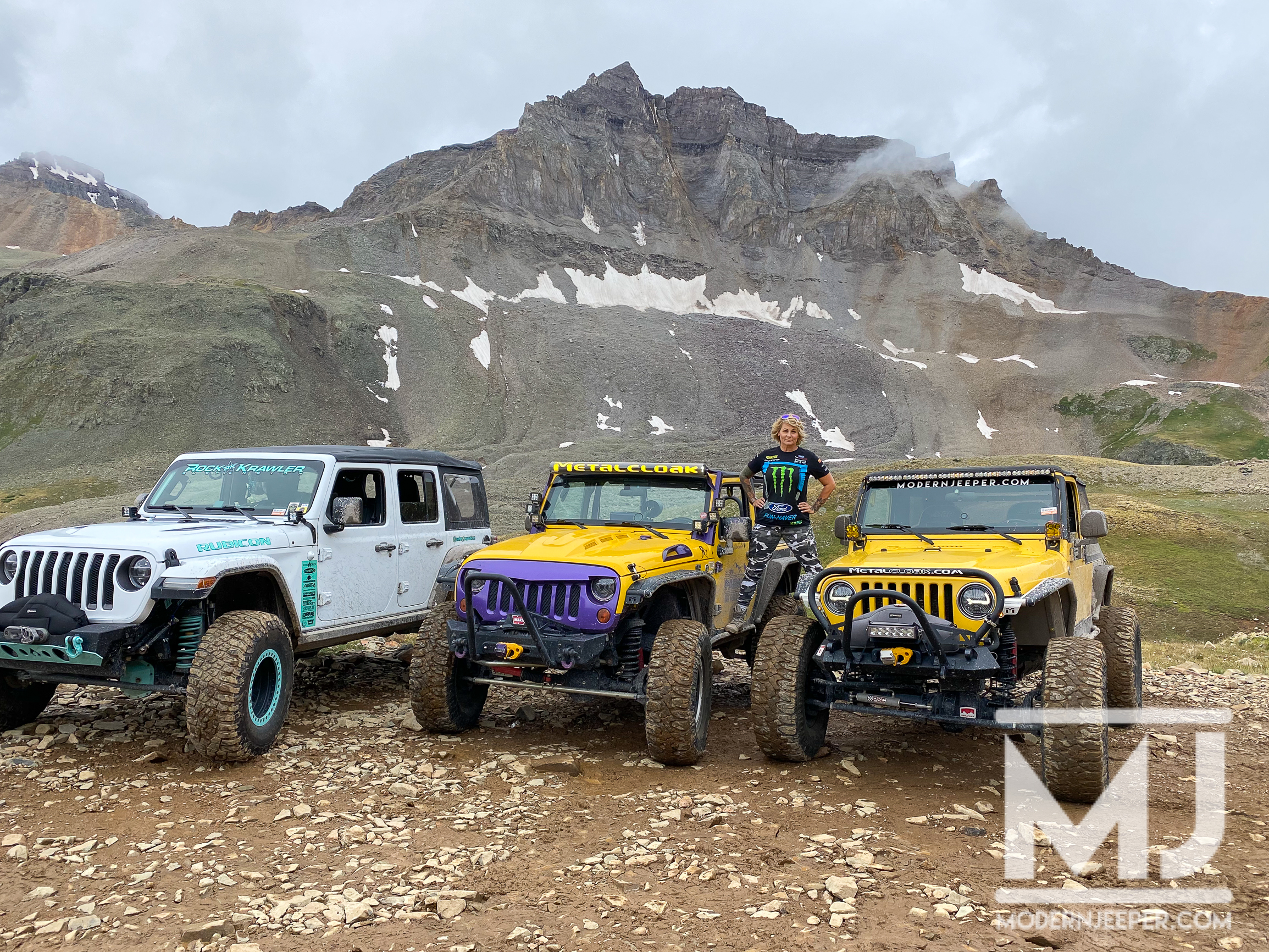 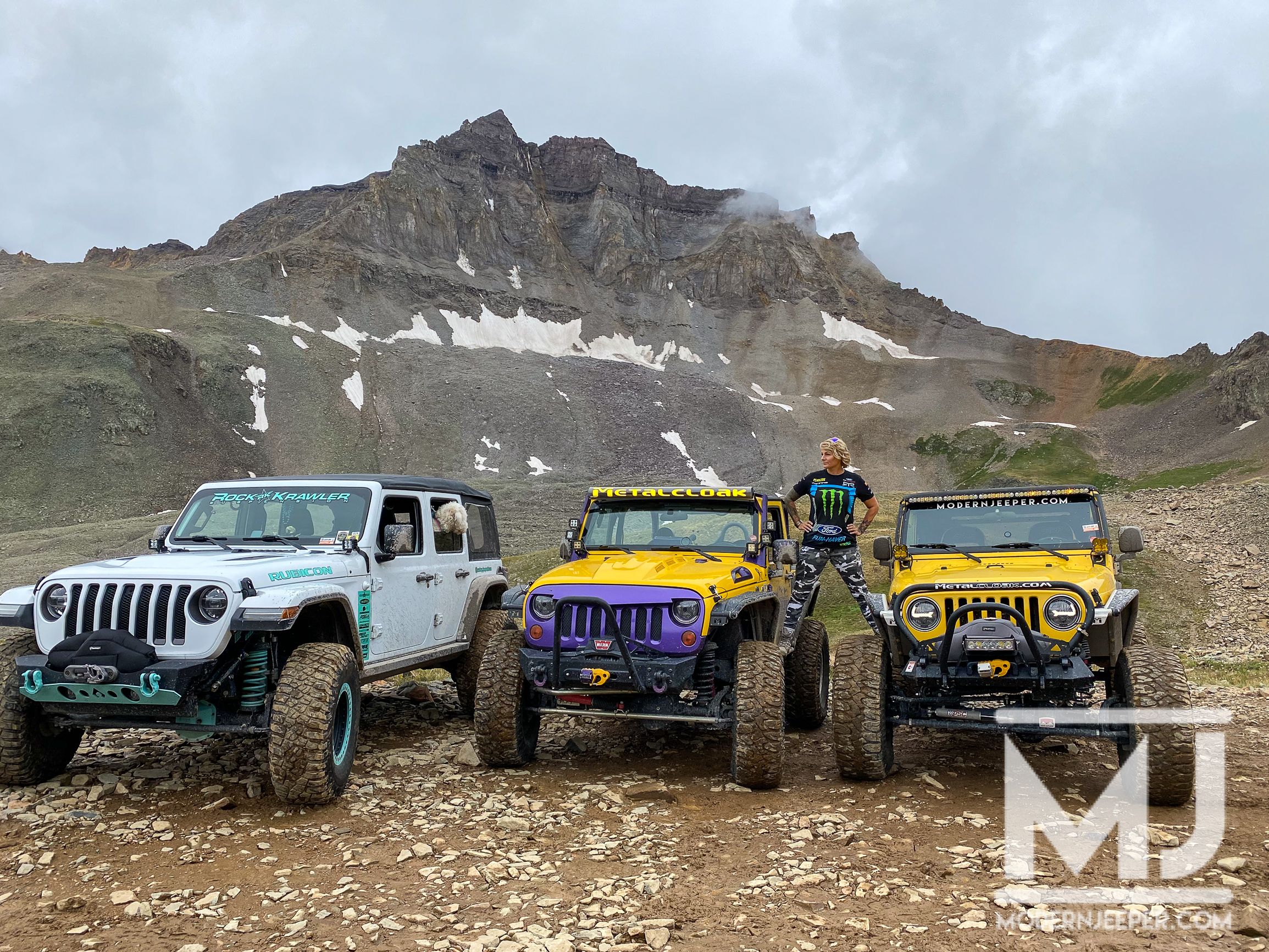 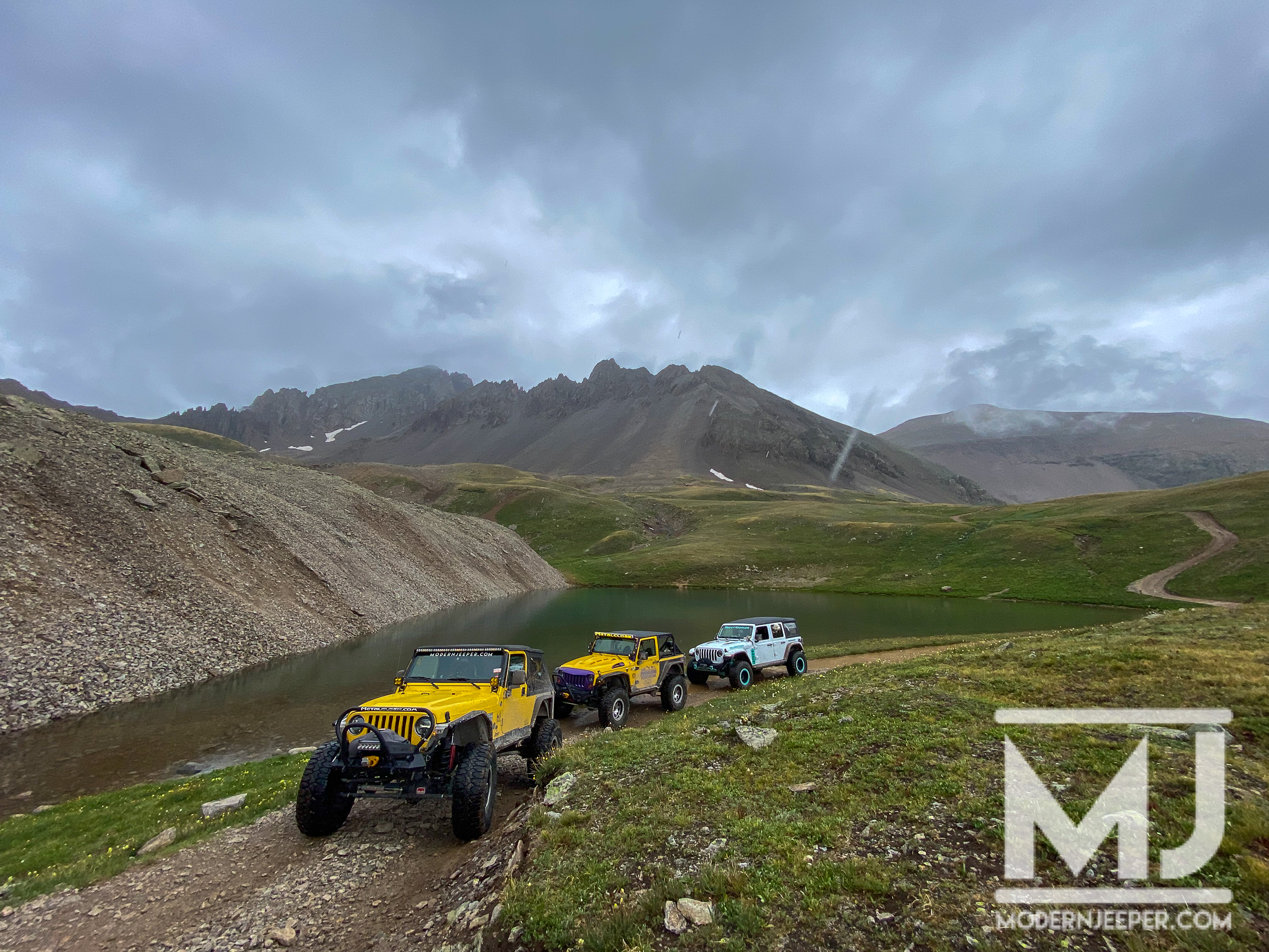 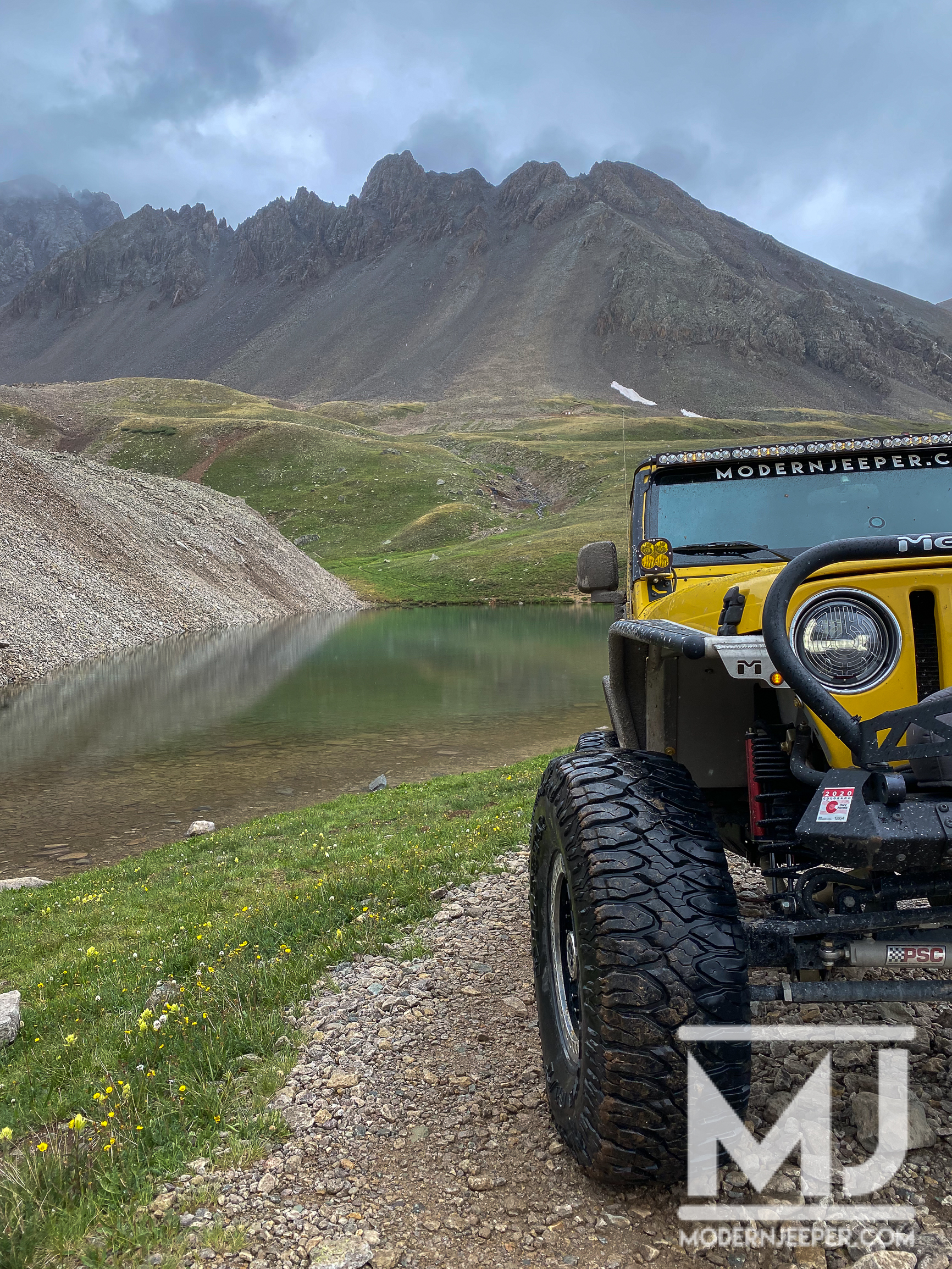 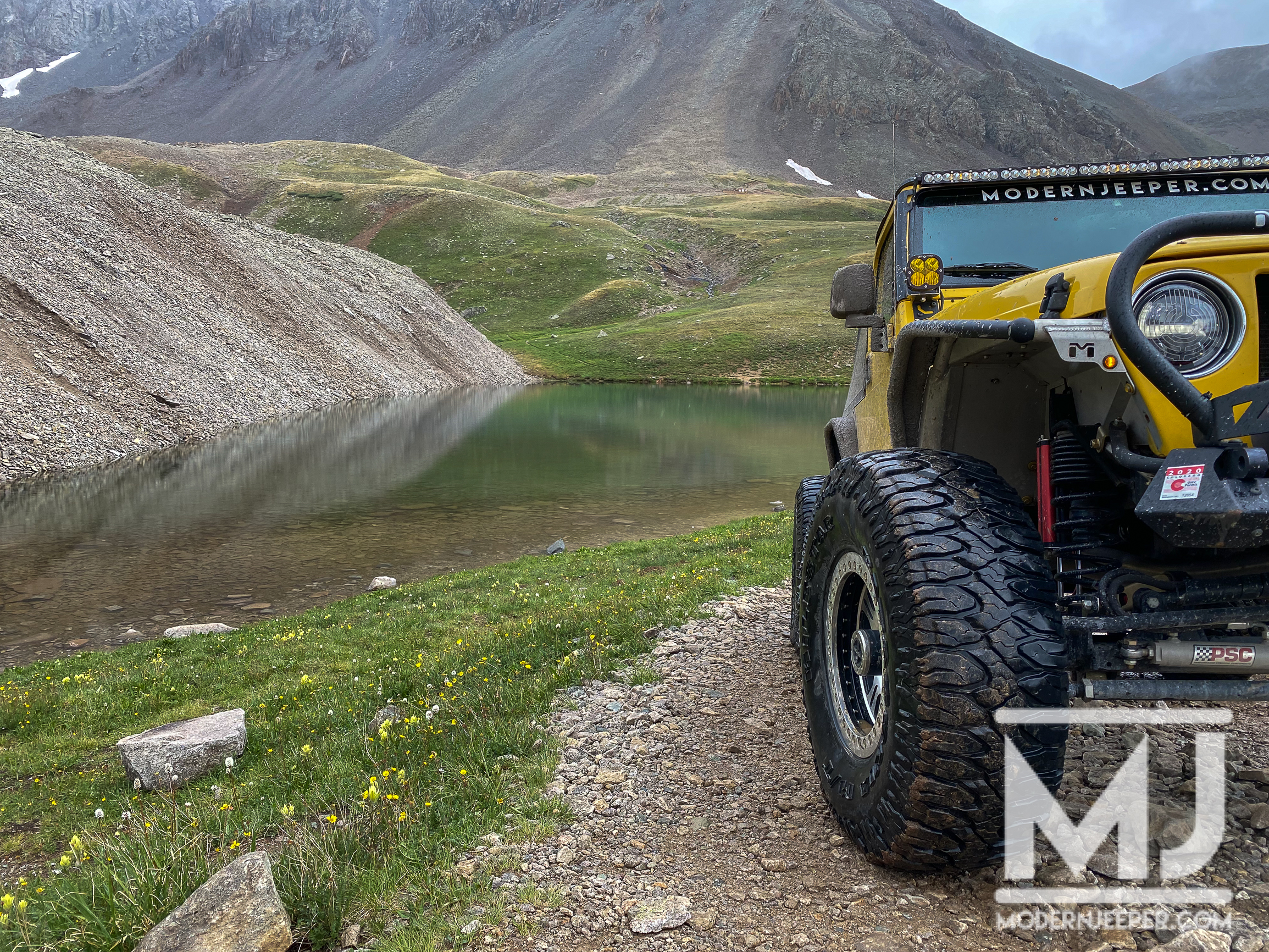 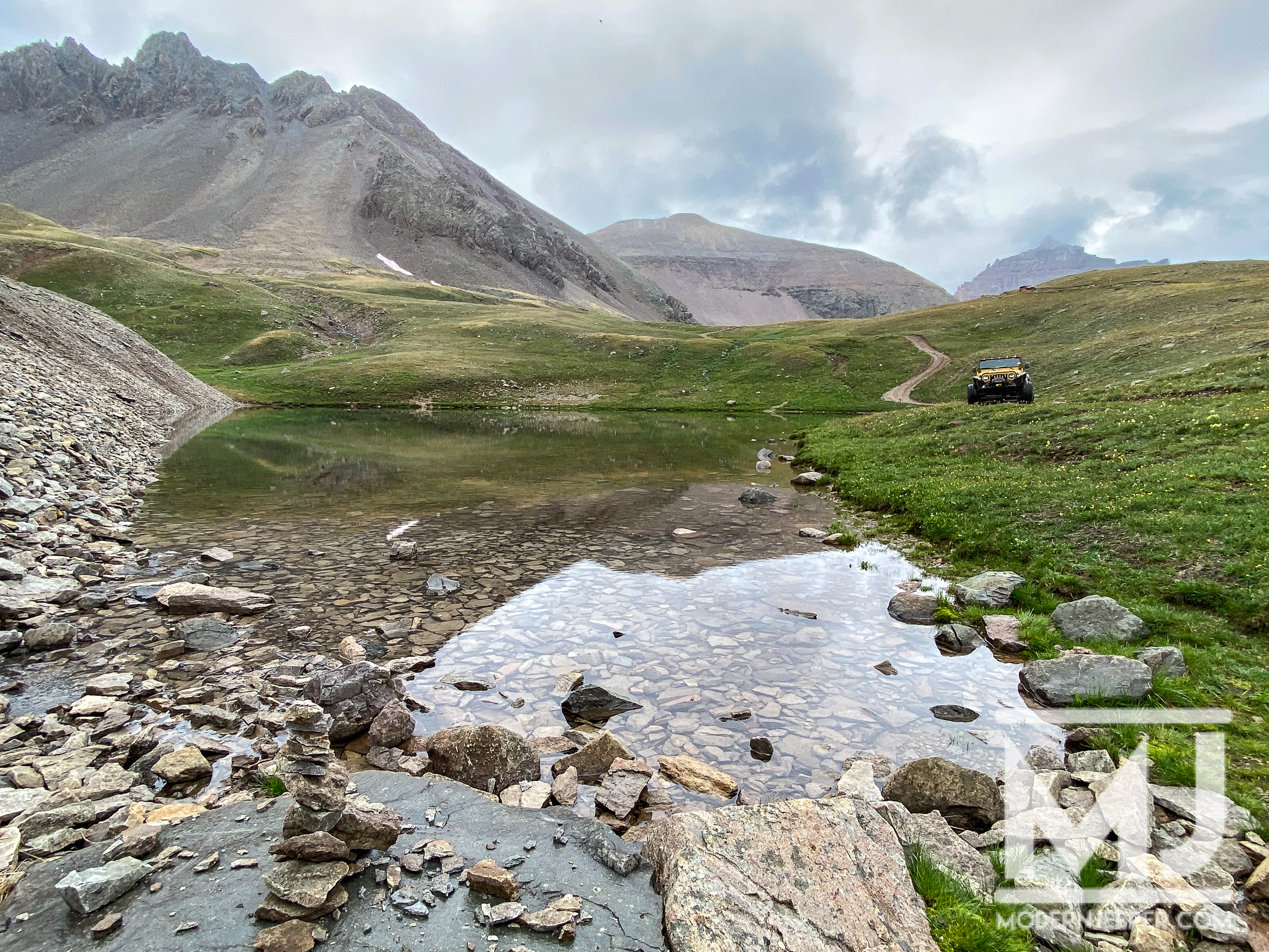 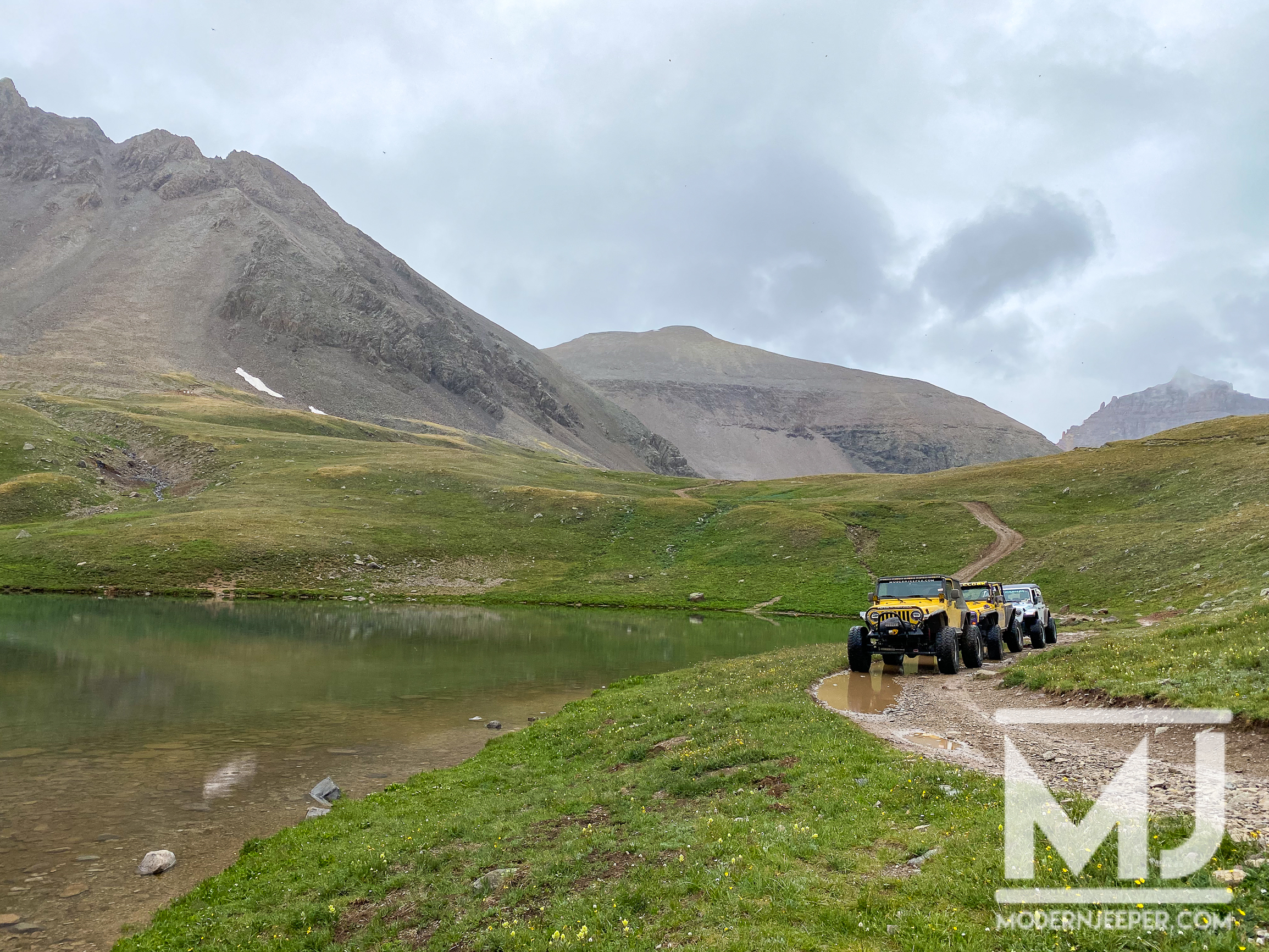 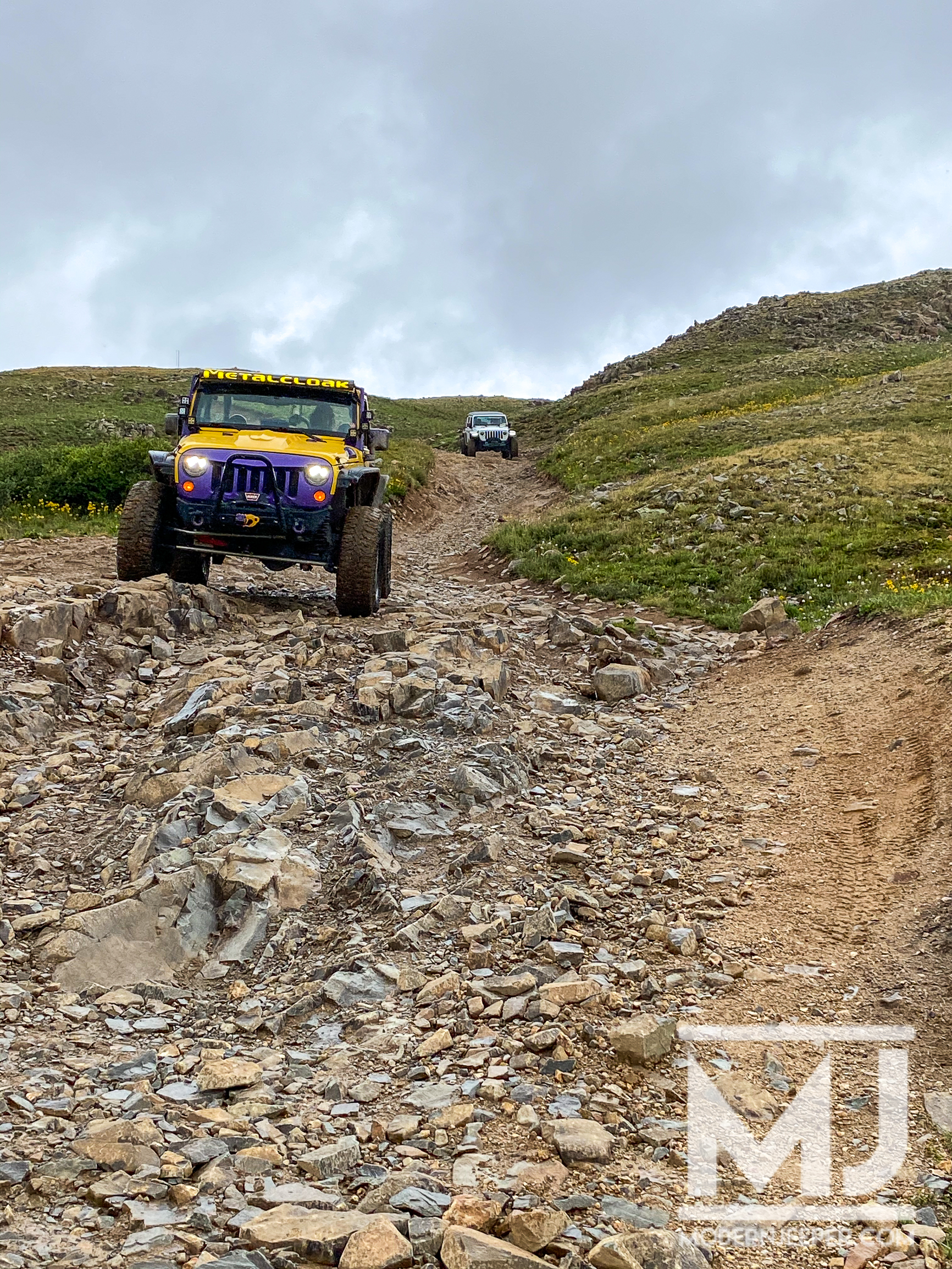 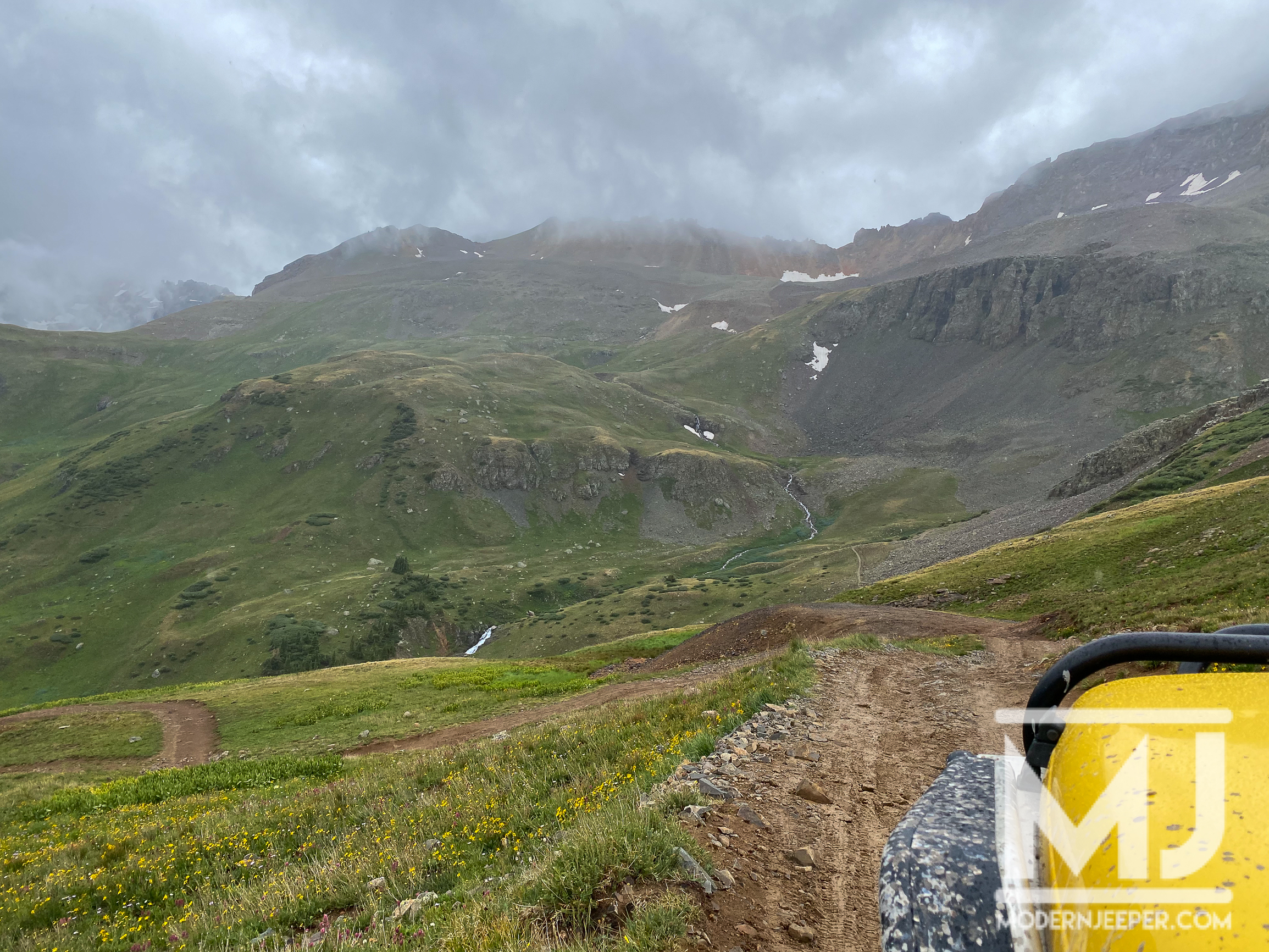