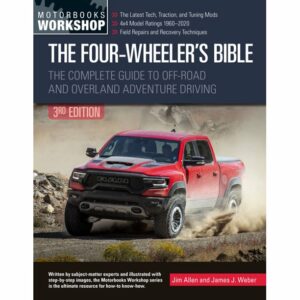 EDITOR”S NOTE: Another great contribution from our friend Tom Severin. Out friend Clive took a detour on his way to Las Vegas. His last-minute...

EDITOR”S NOTE: Another great contribution from our friend Tom Severin.

Out friend Clive took a detour on his way to Las Vegas. His last-minute plan was to explore a section of the Old Mojave Road that runs through the Mojave River flood plain. The river didn’t look too deep. Driving his old, mostly stock Jeep XJ, he headed into the ford. It was too deep. The engine drowned and hydro-locked midway.

As the water swirled around his ankles, he abandoned the vehicle salvaging as much gear as he could throw up on the bank. With no help or solution in sight, Clive settled down in his camp chair to continued reading a rather good book. Sooner or later help will show up, he muttered.

A few hours later, two new Jeep JKs pulled him to the paved road to wait for AAA. Later, not even the charities would take the donation of his poor, drowned Jeep. It is a great idea to have a book in your survival gear to pass the time. Also, better to send your buddy and his vehicle through first.

Summertime is a great time to kick back and indulge in some fine reading. While I enjoy reading year-round, I find it especially relaxing to stretch out in a hammock or near a campfire with a good book. What constitutes fine reading is, of course, subjective. What I like may not be of interest to someone else. Even so, several books I’ve read have left quite an impression on me. In the spirit of summertime reading, I’d like to share those suggestions.

Below are an assortment of fiction and nonfiction. The first three are book series, so you have the chance to follow a subject and a story line over time.

Although I’m an outdoors guy, the stories aren’t set exclusively in the outdoors (though most are). The subject matter is a bit eclectic. But all provide very enjoyable reading. If you need an idea for a good book, take a gander at these. 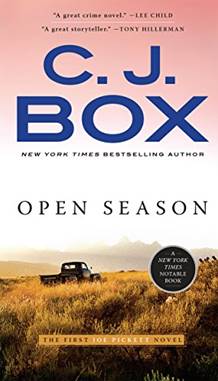 C.J. Box’s series about Joe Pickett. Pickett is a conservation warden in fictitious Twelve Sleep, Wyoming. Most of the tales involve law enforcement, but not just standard conservation work. Recent books have touched on murders that Pickett was tasked with solving.

A number of the stories are based loosely on current events or technology. In one, Pickett tries to help a person who has created a Facebook-like platform called Confab. That’s a little over Pickett’s head, so he enlists the help of his wife and daughters.

C.J. Box writes one Joe Picket novel per year; currently there are 21 books in the series. The stories are fascinating reading – after finishing a book, you’ll want to get the next one.

You can read the books in any order, but I highly recommend reading them in sequence. The stories and timelines tend to flow together. Each new book references some incident from a previous story.

New books are announced in October. Get your name on the reservation list so you’ll receive an announcement when the next book is about to be released. 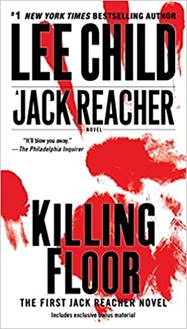 Lee Child’s series.Another prolific author, Child has 25 books (and counting) in his Jack Reacher series. Born into a military family, Reacher joined the Army and became a military policeman. After spending a career bouncing around various bases, he settles in the U.S.

As he tours the country, Reacher gets drawn into a variety of dangerous situations. Those incidents allow him to tap into his MP experience. While hitchhiking one day, for example, Reacher is picked up by a group of people who, unknown to him, are a hit squad. In the back seat is a woman who’s been kidnapped.

Like Box, Child releases one book each year. At least two of the stories were turned into movies starring Tom Cruise.

These are very engrossing stories. I started one book recently and couldn’t put it down. Finished it in a day and a half. These books probably will not make it into your survival box unread.

The Jack Reacher series can be read in any order. Check your local library to borrow, or book sellers to purchase. You can find paper back version for a few dollars at a used bookstore. 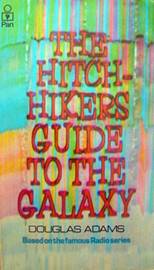 “The Hitchhiker’s Guide to the Galaxy,”the first in a series of six comedy science fiction novels by Douglas Adams. The story line is based upon a radio show of the same name that aired in Great Britain in 1978. We follow the adventures of Arthur Dent, sole survivor after Earth was blown up to make room for a hyperspace bypass. He was rescued by an alien spaceship and is traveling the galaxy.

In the third book, “Life, the Universe and Everything,” Dent encounters a super computer that has spent 7 million years trying to determine the answer to that confounding issue that is the title to this book. When Dent hears the answer – which I won’t spoil by divulging here – he is rather perplexed. “You’re not smart enough to understand the answer,” the machine replies.

The other titles in the series are “The Restaurant at the End of the Universe,” “So Long, and Thanks for All the Fish,” “Mostly Harmless,” and “Young Zaphood Plays it Safe.”

Although the storyline is a bit whimsical – the books are aimed at teenagers – many adults have been drawn into the stories. They are surprisingly fun to read.  (And popular, too. Sold around the world, the books have been translated into more than 30 languages.) 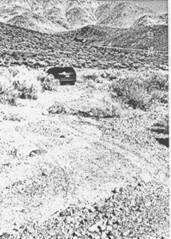 “The Hunt for the Death Valley Germans” by Tom Mahood. About 90 pages, it’s only available online. You can begin reading the essay at:  https://www.otherhand.org/home-page/search-and-rescue/the-hunt-for-the-death-valley-germans/introduction/]

It’s an incredible story – not only a mystery surrounding the tourists, but also the author’s perilous journey to find them. Remember, he and his friend were searching Death Valley, and endured the same brutal conditions the tourists faced.

The 90-page book documents Mahood’s and Les Walker’s search over several years. Ultimately, in November 2009, they find the remains of the adults.

It’s a very interesting review of the men’s search and Mahood’s theory of where to look. 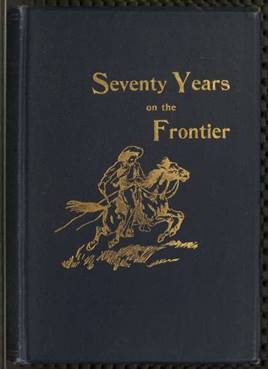 “Seventy Years on the Frontier,” by Alexander Majors. Co-founder of the Pony Express, Majors hired William “Buffalo Bill” Cody as a rider when Cody was a young man. Cody had been through some rough times: His father was killed, and Cody took the job to support his mother and sister. The job lasted only about year when the Pony Express went under.

Majors enjoyed some success in freight hauling using horses and wagons. Later, Majors fell on bad times and went bankrupt. Cody came upon Majors one day while in South Dakota. When Cody learned his old benefactor was trying to write his memoirs, Cody offered to support, and even wrote the preface. The result is “Seventy Years on the Frontier.”

This fascinating book is available for free online thanks to Project Guttenberg. You can read it at: https://www.gutenberg.org/files/42195/42195-h/42195-h.htm]

Even if your reading collection is quite extensive, I feel pretty confident you’ll enjoy any of the books on this list. The combination of great writing and fascinating topics will keep you engaged all summer. Happy reading!