Jeep Gladiator12 jeep history2
We asked Kurt Schneider to pick out some Jeep highlights from 2019 and share his insights with this “Jeep Year in Review.”  We hope...

We asked Kurt Schneider to pick out some Jeep highlights from 2019 and share his insights with this “Jeep Year in Review.”  We hope you enjoy the read and will stay tuned as ModernJeeper continues to bring you Jeeps, Jeeping and Jeepers in action.

While the Jeep brand name was not trademarked until 1950, the Willys-Overland Motor Company received the first contract to build the Willys MB in July of 1941. Which means the Jeep vehicle is 78 years old in 2019. While most of us would be really slowing down at the age of 78, the Jeep is still running strong.

In 2018, Fiat Chrysler Automobiles reported selling 973,227 Jeep vehicles, which was a sales increase of a whopping 17 percent. Of those vehicles, 240,032 were Jeep Wranglers, which broke the record of 202,266 Wranglers sold in 2015. While the total sales numbers for 2019 are in yet, Fiat Chrysler Automobiles is on par to hit about the same number of sales for 2019. Americans obviously still adore the Jeep brand.

While FCA is an Italian-American multi-National company, it’s subsidiary, FCA US produces the American brands Chrysler, Dodge, Jeep, Ram, and the Mopar parts/service organization. Despite Fiat now owning the brand, if you want the most American car made in the world, buy a Jeep Cherokee. That vehicle leads the cars.com “American-made index” based on total economic impact, where the parts are sourced from, where the vehicle is made and how many American jobs are created by it.

If 2019 was a trail for Jeep, the brand had a few obstacles to overcome this past year, but there were also a few times Jeep took some really impressive lines and had the crowd on the side of the trail cheering.

Looking back on this past year, here are some highlights and lowlights for the Jeep brand in 2019:

1.The introduction of the Jeep Gladiator

From 1962 to 1971, Jeep produced a bad-ass looking pick-up truck called “The Gladiator.” The grill on it (often called a Rhino-grill) even resembled the helmet visor of a Roman Gladiator. I mean, come on! How bad-ass of a name is that for a vehicle?

Every digs Gladiators! In 1970, they changed the grill, and then in 1971 some Jeep executive who obviously slept through his marketing classes in college made the really stupid decision of dropping the name “Gladiator.” The Jeep pickups produced from there on out until 1988 were just called the “J-series.” 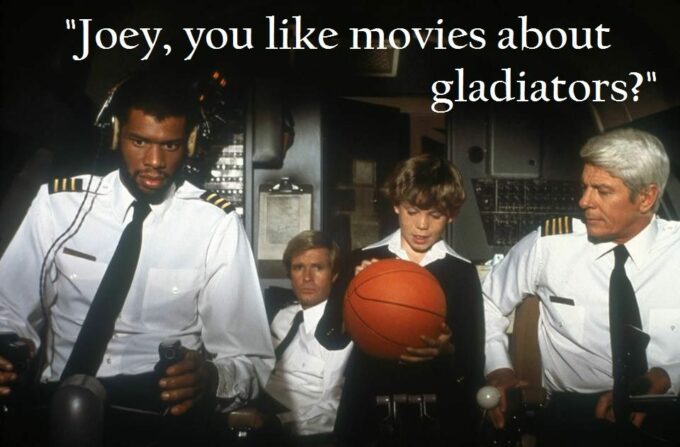 Jeep must have finally started hiring some people that were a little more marketing savvy because the new Gladiator was revealed for the first time in November of 2018. It began shipping to dealerships on Friday, April 12th of 2019. 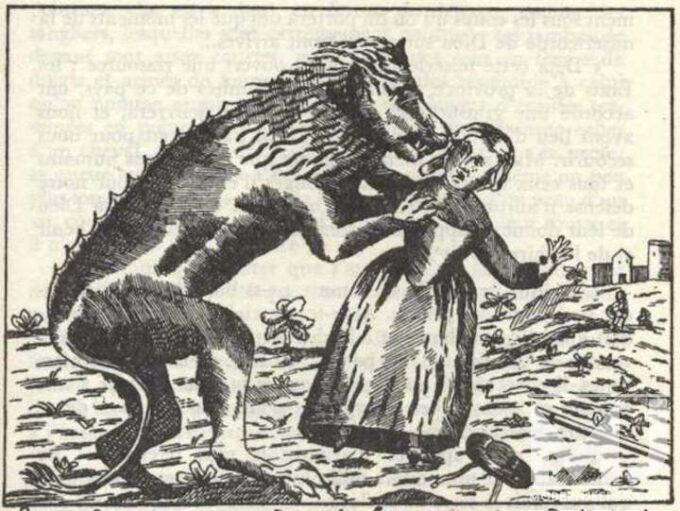 “No one liked Sally, so when the werewolf attacked her, everyone was…. glad he ate her”

Admittedly, when I first saw pictures of the vehicle, I just thought “meh.” However, after seeing a lifted one on the Rubicon this past summer, and scouring over several of them on dealer’s lot, my opinion slowly changed.

The Gladiator is a vehicle that grows on you. The Rubicon model especially. I have a feeling that Jeep will be hitting a home run with this vehicle. Releasing a brand new model is always a huge step for any manufacturer, so the new Gladiator is the biggest Jeep news of 2019. Now let’s see if they actually bring back the Jeep Wagoneer in 2021!

2. Jeep Wrangler wins the SEMA 4×4/SUV of the year award. 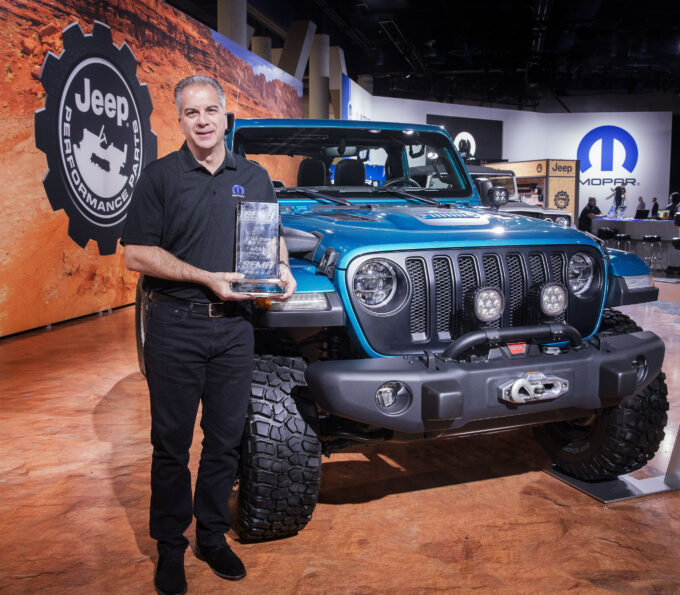 At the SEMA show in Las Vegas every Fall, the SEMA awards are passed out to the most “accessory-friendly” vehicles. Meaning the vehicles that you could buy the most after-market parts to personalize it to your liking. There are five categories of this award, one of them being the 4×4/SUV of the year. Not only did the Jeep Wrangler win this award in 2019, but it has also won the award every year since SEMA began awarding it, which was 10 years ago. So the Wrangler has won 10 consecutive times. That is a serious win streak.

On a side note, be happy if you live in America. This award could not be given out in many countries in Europe, where nearly all upgrades such as lift kits are illegal since the vehicles must remain stock to be driven on the road.

Back in October of 2018, someone petitioned the National Highway Traffic Safety Administration to look into the welds on Jeep Wranglers. The complaint covered all types of weld deficiencies including porous welds, excessive slag, lack of penetration, etc. The complaint makes it sound like your Uncle Billy booger welded the Jeep frames together with a car battery, jumper cables, and a welding rod. 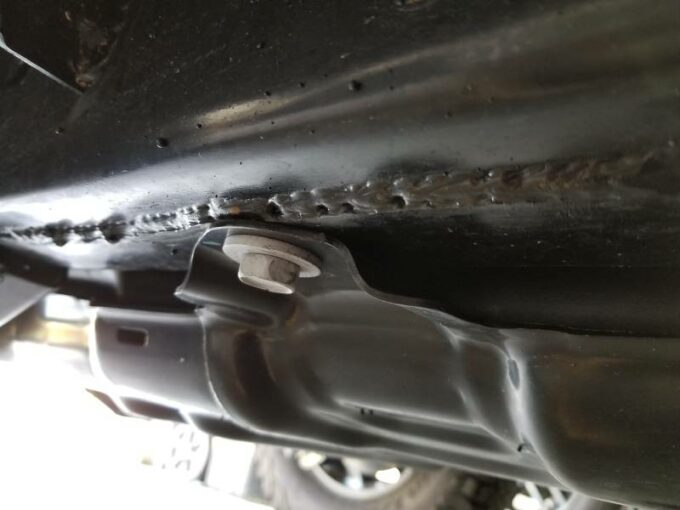 “This will TOTALLY hold up! Stacking dimes baby!”

In September of 2019, the Office of Defects granted the petition and began an investigation into the welds of nearly 270,000 Jeep Wranglers that could be affected. The investigation has yet to be completed as of this time, and it may completely exonerate Jeep and say the welds are just fine, but if you have plans to pull some really cool “Evel Knievel” style jumps in your 2018-2019 Wrangler, you may wanna double-check the frame welds on your junk first.

Grease is the word. It’s got groove. It’s got meaning. Grease is the time, is the place, is the motion. And if you have a Gladiator made between December 15th and June 25th of 2019, Grease may not be in your rear CV joint of your driveline.

It seems a production worker at Dana (presumably named Danny) was thinking about something else (Sandy) and hit the “grease bypass” button while putting together the driveshafts of almost 3,500 Gladiators. You would think he would have known better after building “Greased Lightnin'” back in Mrs. Murdock’s auto shop class at Rydell high. (I have a horrible feeling that only people over the age of 40 will get these references. Is that song stuck in your head now?) 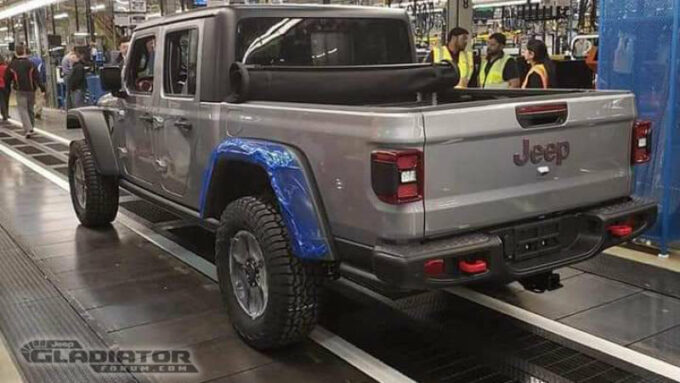 “Hey Danny, I thought you were a greaser? Nah man, I only play one in movies”

If you hear any noise coming from your rear drive-line, check your rear CV joint. The last thing you want at 65 MPH on the highway is for your drive-line to go. Ask my kid about that one. If you currently have a Gladiator, you should have already gotten a recall notice this past October, and Jeep will replace your rear drive-line for free. Only about 5% of the jeep Gladiators on the road will need to deal with this recall. 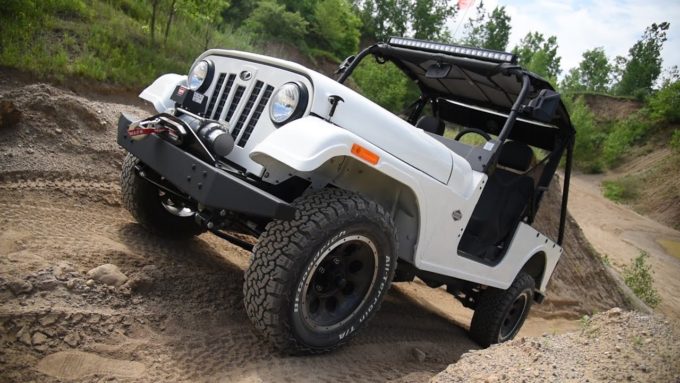 Most normal people while on vacation in Hawaii make their first stop the beach or the bar. Not the Schneider family. As we were driving from the airport to our hotel in Maui, my kids started screaming in the backseat, “DAD! DAD! Look at those mini-Jeeps! Those are brand new Willys!” Posted in front of a Motorcycle dealership were multiple Mahindra Roxors.

Much to my wife’s chagrin, we made a U-turn and got out to look. At the time I had never even heard of them, and at first glance, I thought they looked REALLY cool. The Roxor is based on a combination of a 50’s Willys and a 60’s CJ. Back in 1947, Mahindra was granted a license by Willys to use the Jeep and CJ trademarks, and the company built Jeeps in India.

As the over-energetic salesman started spouting the specs, I could not help but shake my head in bewilderment. A turbo-diesel 2.5 liter inline-six with a WHOPPING 62 horsepower? A governed top speed of only 55 MPH?

Since it is designated as a UTV, it is not even street legal in most states. All of this could be yours for just a measly starting price of $16,000. You can’t make this stuff up. Who thought this was a good idea? You can find real Willys that you can drive on the road all day long on Craigslist for almost half that price. Apparently, they are really fun to drive, but I just don’t get it. I remember thinking as I was walking out of the dealership, “Well, Jeep does not have to worry about these guys taking away their market share.”

I was wrong. Jeep went after them. According to the United States International Trade Commission, the Roxor resembles a Jeep too much. In 2019, Administrative Law Judge Cameron Elliot ruled the Indian firm is “guilty of trademark infringement” and recommended the implementation of a cease-and-desist order which would prevent Mahindra from selling the Roxors already in the US.  Judge Elliot concluded the Roxor pushes the envelope too far by violating what Jeep calls its “trade dress.”

Some people say that the Jeep death wobble is a serious issue, others like myself call it a Jeep tradition.

You are cruising down the road in your Jeep with the top off, the front tire hits a little bump, and BAM! Suddenly the entire rig is making a banging noise and shaking like it’s in an earthquake registering a 9.7 on the Richter scale.

The steering wheel is going back and forth by itself like Satan is at the wheel instead of Jesus, you and your passengers are all screaming “WE ARE GUNNA DIE!” and all the other cars on the road start steering clear of the Jeep that looks like a wet dog that is shaking off all water. It is great fun. Especially if you live on the edge as I do. Yesterday I even went down an escalator and did not hold onto the hand-rail. 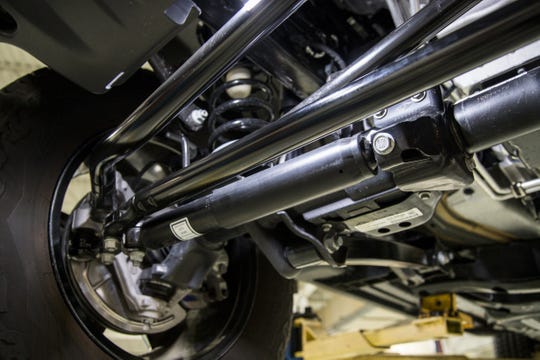 “Yeah….this will TOTALLY solve all the issues! <- sarcasm”

Seriously though, death wobble can scare the bejesus out of you when you first experience it. It can happen in any solid front axle vehicle if there is just the right vibration going through the steering. Finding a fix and troubleshooting the reasons you have it has been the bane of Jeep owners for decades.

But now, Fiat Chrysler Automobiles (FCA) says it has finally has a death wobble fix for 2018 and 2019 Wranglers. The company will install a new steering damper, a part also known as a stabilizer, in affected Jeep Wranglers. You can go to a dealer and replace your steering damper free of charge if you own a model within those years. Hopefully, Jeep has actually figured out what we have been trying to solve ourselves for years.

The Top Jeeps, In Perspective