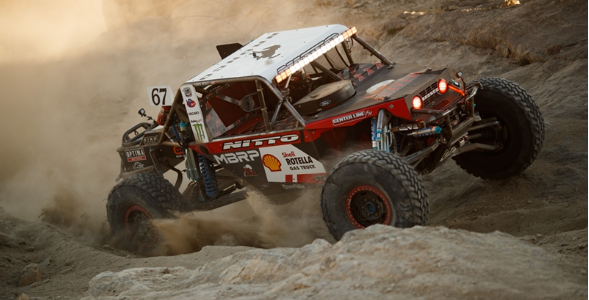 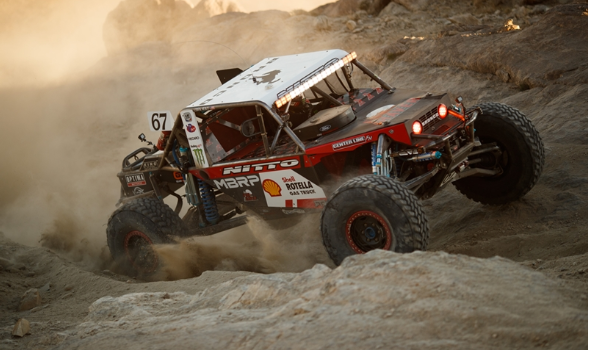 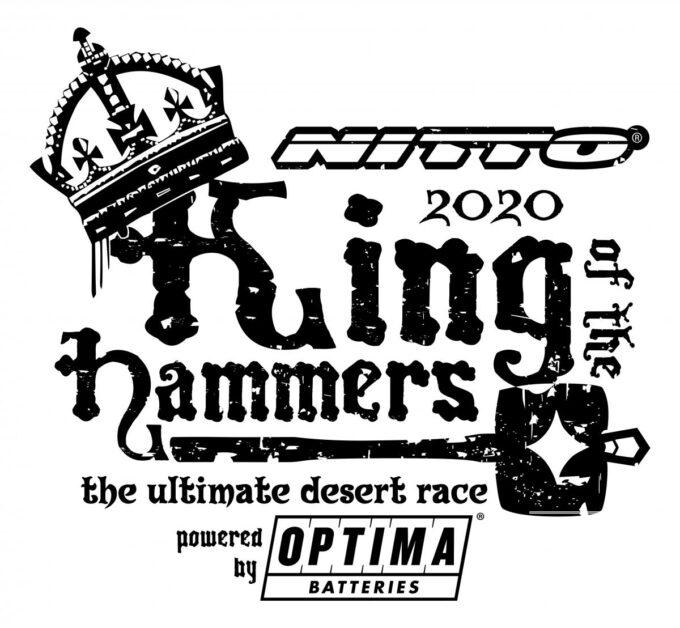 February 4, 2020 (Hammertown, CA)- Nitto King of the Hammers week kicked into high gear on Tuesday with qualifying for Friday’s Nitto King of the Hammers Powered by OPTIMA Batteries and the return of the Pit Crew Challenge Presented by ProEagle, Buggy Whips and Boxo Tools. Loren Healy set the bar for qualifying with a blistering fast time of 2:35 in his Ford-powered Bronco buggy. While Healy has won KOH twice in the past, he has never qualified on the pole before. By contrast, Jason Scherer has qualified on the pole multiple times, and for the third year qualified second (three seconds behind Healy). This is the fifth consecutive year that Scherer will start on the first row for Friday’s race, where 97 ULTRA4 cars leave two at a time every 30 seconds starting at 8 AM Pacific.

Jump Champs
Between qualifying runs on the 1.77-mile course over Short Bus, around Means Butte, and through the Ford Bronco Arch, Jump Champs held a distance competition on the infield short course in Hammertown. There was even a monster truck on the lakebed. Blake Wilkey and Loren Healy duked it out for the win, each flying over 100 feet through the air. While Healy was the fast qualifier, Wilkey bested the 102 feet that Healy sent his 6100 truck by jumping his buggy 106 feet through the air.

Pit Crew Challenge
Jason Blanton qualified third with a time of 2:39 for Friday’s race, clearly energizing his team, who went on to win the Pit Crew Challenge on Tuesday night in the ProEagle booth inside Hammertown. The Pit Crew Challenge pitted teams against each other in a bracket-style competition, where the fastest fueling and tire change wins. The fastest teams from UTVs, 4500, 4600, 4800, and 4400 went head to head for bragging rights and prizes from ProEagle, Buggy Whips, and Boxo Tools. While Blanton’s crew were the overall winners, Matt Howell’s team were the fastest in 4500, Dawson Allington’s crew put up the top time in 4600, and Knox Griffin’s team posted the best time in UTV.

The excitement gets ratcheted up even further on Wednesday with the 4WP Every Man Challenge, where limited class racers battle it on the 143-mile race course covering high speed desert terrain and punishing rockcrawling canyons. Winners will be crowned before musical entertainment hits the Monster stage at 8 PM. Not on the lakebed yet? Follow all of the action at MailScanner has detected a possible fraud attempt from “r20.rs6.net” claiming to be www.ultra4racing.com/live. 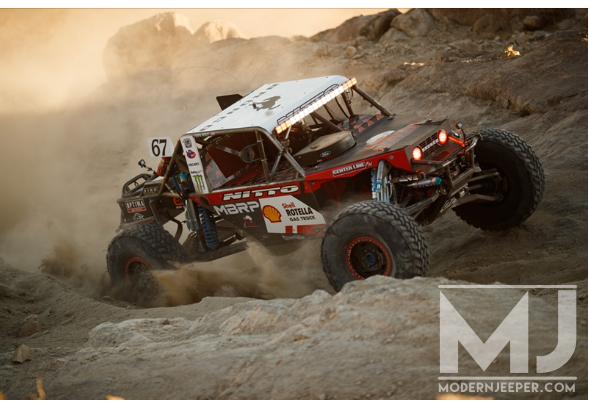 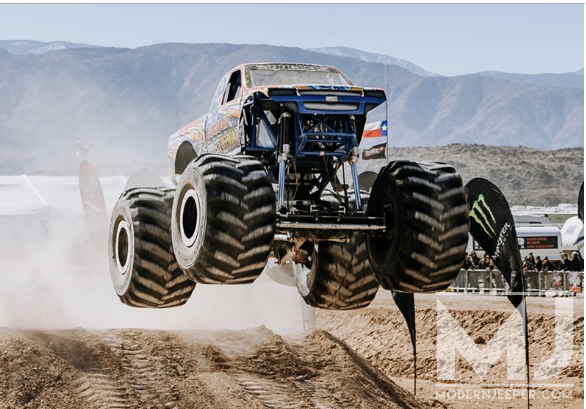 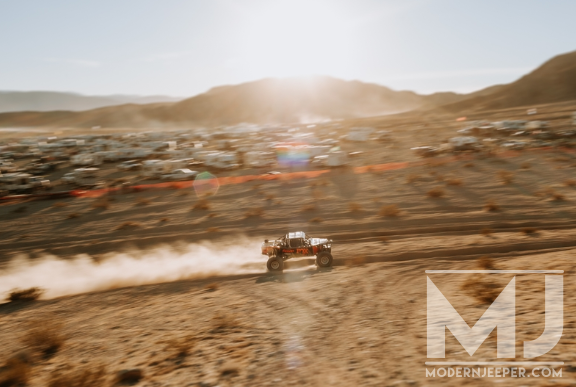 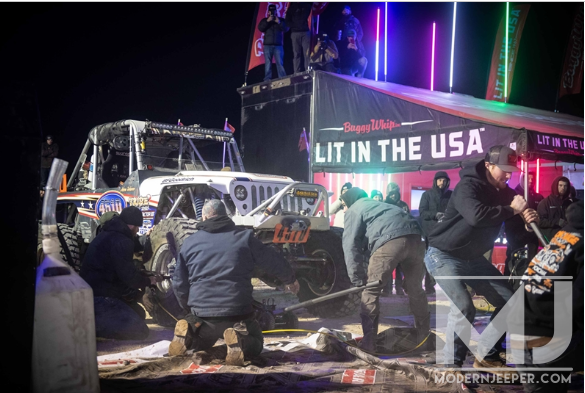 [pics & vid] Imagine If There Was A Place – Death Valley Trip One, Day Three!