Jeep Gladiator7 Superbowl Ads3
In case you missed it, Jeep Gladiator took the Groundhog for a ride on Super Bowl Sunday! From our friends at Jeep: (Press notes...

In case you missed it, Jeep Gladiator took the Groundhog for a ride on Super Bowl Sunday!

From our friends at Jeep:

(Press notes from February 2, 2020, Auburn Hills, Mich. with video at the end.)  In its return to the Big Game, the Jeep® brand debuted a 60-second commercial starring Bill Murray reprising his role as Phil Connors from the 1993 film “Groundhog Day.” In the commercial, Phil Connors enlists the help of the Jeep Gladiator as his “getaway vehicle” after taking the groundhog; thus, significantly altering his days for the better.

The spot opens as the clock turns 6:00 a.m. “I Got You Babe” by Sonny & Cher starts playing, replicating the scene from the film. Phil Connors himself suddenly sits upright in bed. Twenty-seven years later, he’s stuck in Punxsutawney once again. The Jeep brand worked closely with Sony Pictures to ensure authenticity with the original film, which is now available to buy on disc and digital. 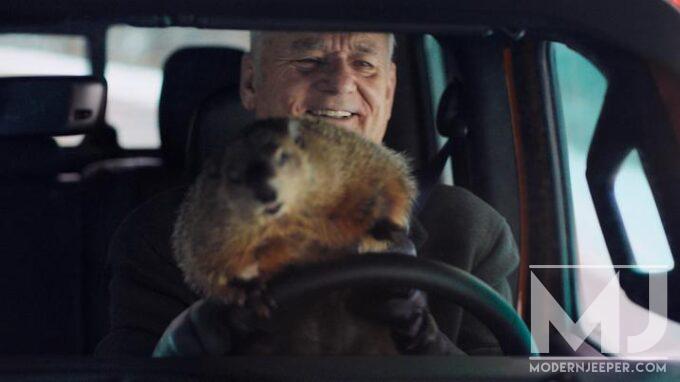 “In my wildest dreams, any advertiser’s dream, really, could you dare to believe that Bill Murray would agree to be in your Super Bowl commercial, and on top of that, ask him to relive his iconic role in ‘Groundhog Day’?,” said Olivier Francois, Chief Marketing Officer, FCA. “How do you even have that make sense and not be forced? Magic first happened when I had the incredible luck to meet Bill in person a few years ago, and I knew then that he was perfect for Jeep. Because like Jeep, Bill is a free spirit, he intentionally seeks out ways to find adventure and live an extraordinary life.” 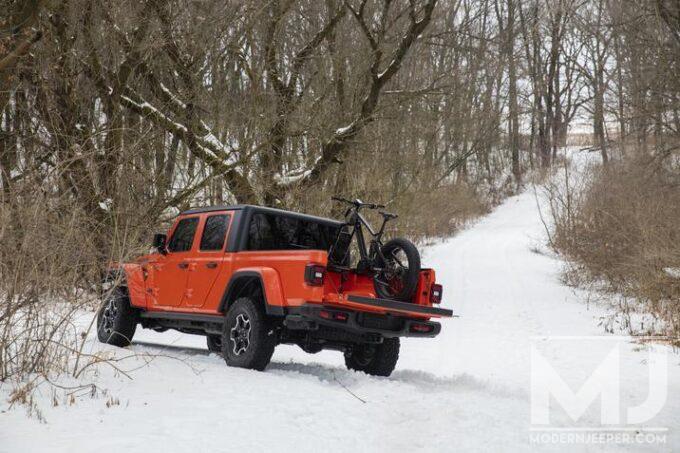 Francois continued, “When we learned that Groundhog Day fell on Super Bowl Sunday for the second time in 54 years, we couldn’t help but take that chance. The stars magically aligned. Bill agreed to do the first national broadcast commercial in which he’s ever appeared, and not only that, relive his role as Phil Connors for our Jeep Gladiator. But this time, in our spot, the hero makes a different choice by choosing a different pick-up truck – the Jeep Gladiator – and it changes everything for him.”

“This is my first commercial. I’m glad I did it with you (Jeep),” said Bill Murray. “And I’m glad that this is my last commercial, as well.” 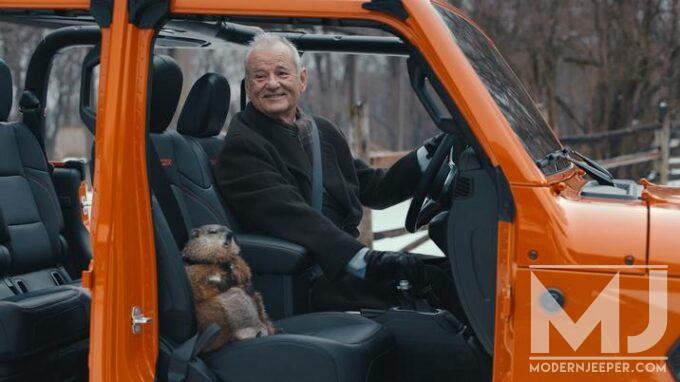 The brand also licensed the iconic Sonny & Cher song “I’ve Got You Babe” from Warner Music for use in the commercial. 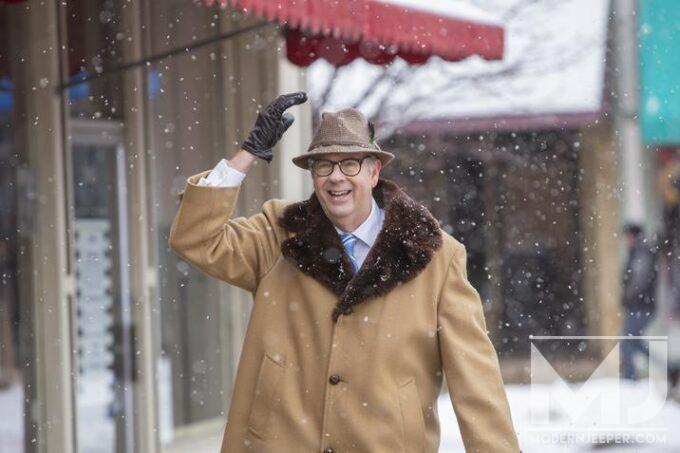 In the lead-up to Sunday’s Big Game, the Jeep brand began running daily teasers from Thursday (1/30) through Saturday (2/1) across digital and social media, including the brand’s Facebook, Twitter, and Instagram channels, to tease the commercial. Links to the teasers can be found on the Jeep brand’s YouTube channel.

Consumers will soon be able to pair a Jeep Gladiator and the all-new Jeep e-Bike powered by QuietKat (as seen in the commercial) to continue their own adventure, beginning early this summer. For more information, visit jeepe-bike.com. The Groundhog fun continues with a custom collection of merchandise inspired by the commercial on jeep.com/gear.

The Jeep brand commercial was created in partnership with Chicago-based agency Highdive, the Jeep Brand Agency of Record and 2019 Ad Age Small Agency of the Year (Midwest, Gold).

About Poppy, the Groundhog Featured in the Commercial

Poppy (now 10 months old) was rescued at 4 weeks old, and a birth defect prevented her from returning to the wild. She is currently in the care of a licensed wildlife rehabilitator in Pennsylvania and is a beloved member of the caretaker’s family. Poppy is a state- and USDA-licensed educational animal. Now thriving, Poppy has become an educational “ambassador” for all wildlife. Additional information on “Poppy” can be found here. 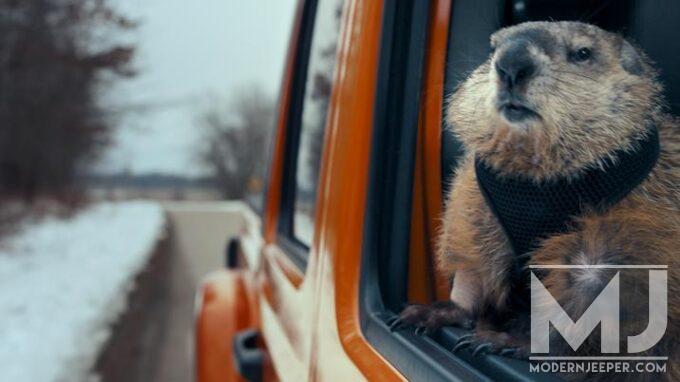 Founded in 2016, Highdive (highdiveus.com) is an independently owned, full-service creative agency headquartered in Chicago. Built for brands that want best-in-class creative but don’t want the baggage that usually comes with it, the agency has a simple mission: to create the healthiest client and agency relationships in the world. Led by four seasoned advertising executives who set out to create an agency made up exclusively of top performers across every discipline, Highdive is breaking the traditional agency model to deliver big ideas for brands, including Jeep, Ram Truck, Nike, Boost Mobile and Barilla. On a rapid growth trajectory, Highdive was named 2019 Advertising Age Small Agency of the Year (Midwest, Gold).

In the original 1993 film, Bill Murray is at his wry, wisecracking best in this riotous romantic comedy about a weatherman caught in a personal time warp on the worst day of his life. Teamed with a relentlessly cheerful producer (Andie MacDowell) and a smart-aleck cameraman (Chris Elliott), TV weatherman Phil Connors (Bill Murray) is sent to Punxsutawney, Pennsylvania, to cover the annual Groundhog Day festivities. After a surprise blizzard traps him in small-town hell, things get even worse; Phil wakes the next morning to find it’s GROUNDHOG DAY all over again… and again…and again.

About Jeep Brand
Built on more than 75 years of legendary heritage, Jeep is the authentic SUV with class-leading capability, craftsmanship and versatility for people who seek extraordinary journeys. The Jeep brand delivers an open invitation to live life to the fullest by offering a full line of vehicles that continue to provide owners with a sense of security to handle any journey with confidence.