Metalcloak is the First to Introduce Kevlar to the Jeep Suspension Market Metalcloak today made public a project layered under blankets of secrecy; a...

Metalcloak today made public a project layered under blankets of secrecy; a project that started with the simple question “could we?” over 18 months ago; a project that could, once again, be a “game-changer” for the growing company.

As part of a video series called the “Metalcloak Minute”, the face of Metalcloak, Matson Breakey, announced that since May of 2018, Metalcloak has been “quietly introducing a new Duroflex Joint. Changing over inventory as stock permitted.”

According to the announcement, the new Duroflex Bushings feature “our iconic M embossed on the side… and… it is made with DuPont Kevlar Fiber. Yes. Kevlar.”

The Duroflex Bushing was originally introduced in 2011 to a world of skeptics who were used to the more traditional and vulnerable flex joints for use in their suspension systems. Since then the Duroflex Joints have become “synonymous with great off road performance and awesome daily driver ride quality – all while maintaining industry leading durability,” according to Matson. 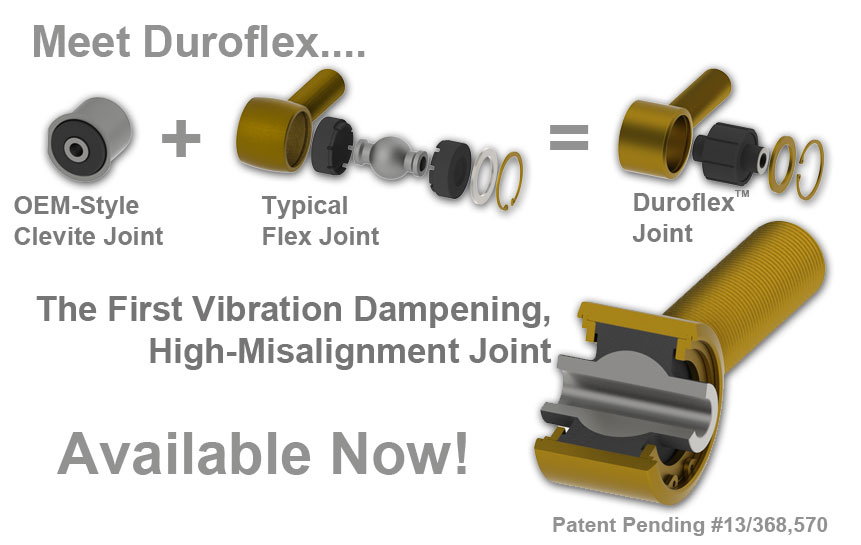 Metalcloak claims the addition of Kevlar into the Proprietary Vulcanized Rubber Compound that makes up the Duroflex Bushing is all part of continuing to lead the industry in function and durability for years to come.

“Afterall, Dupont’s tagline for Kevlar is Dare Bigger, I think that says it all,” concludes Matson.