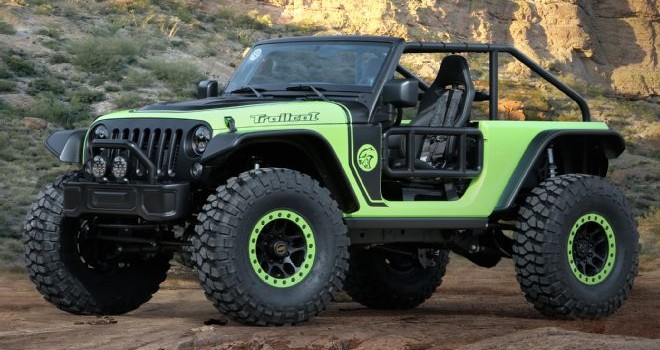 Editor’s Note: Taking a look back 4 years ago at the Trailcat still makes us smile. Last week Jeep rolled out it’s annual concept...

Editor’s Note: Taking a look back 4 years ago at the Trailcat still makes us smile.

Last week Jeep rolled out it’s annual concept rigs… these are the cool, Mopar-built, concept Jeeps that we all drool over and use to speculate about future models… only to be disappointed when nothing comes of them.

The most models ever, seven rigs will grace the trails of Moab, Utah, during the annual Easter Jeep Safari coming March 20 to March 27, 2016.

While they all look cool and you can see them at the FourWheeler network, our favorite, by far, is the Trailcat. How can you go wrong with a 12″ stretch, Dana 60’s and 700+ horsepower? 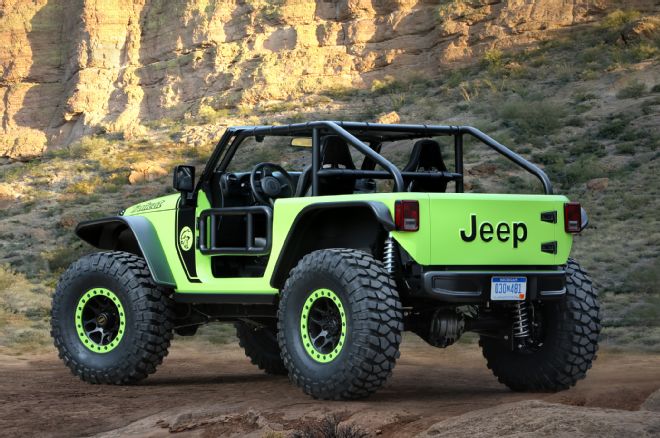 According to the Detroit News:

Jeep Trailcat brings the Hellcat’s power to Jeep. It’s a Wrangler modified with a supercharged 6.2-liter Hemi Hellcat V-8 engine, and comes with a 6-speed manual transmission with a custom shifter ball featuring an embossed Hellcat logo. To get the 707-horsepower Hellcat engine into the Trailcat, designers stretched the wheelbase an additional 12 inches while chopping the windshield two inches. The interior features sport bucket seats from the Dodge Viper, made from carbon fiber and featuring Katzkin leather seat covers with accent stitching. 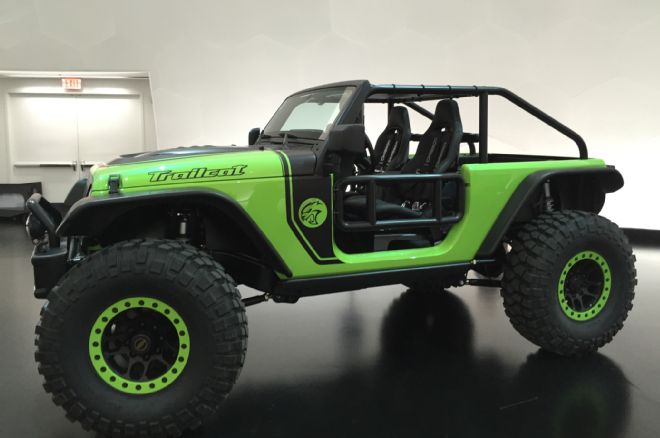 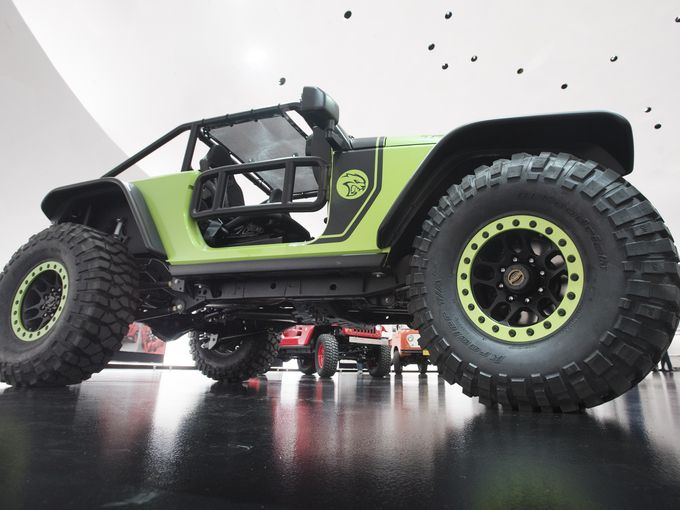 The TrailCat has a Mean Stance – Photo Credit The Detroit News 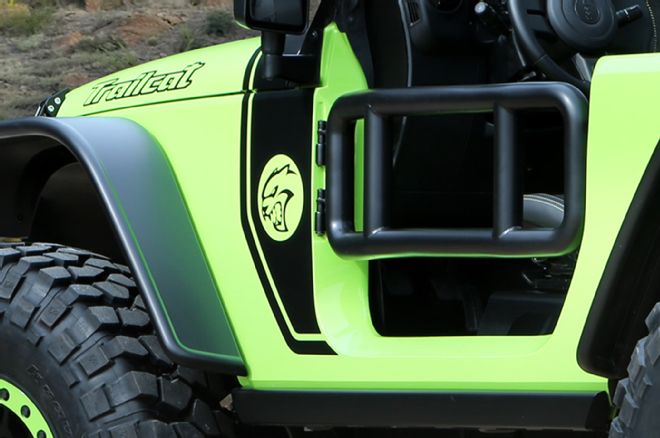 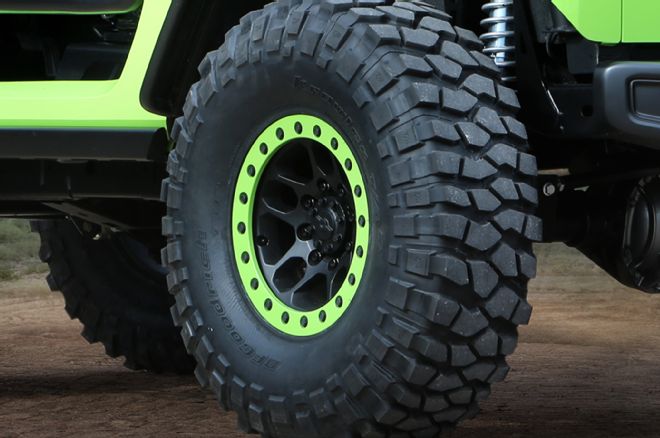 Mopar Insiders did a cool article as well on the Trailcat, found HERE

Yep, it is cool to be a Mopar builder. You get to build your dream rig on daddy’s money.