Bald Mountain1 Clovis 4x41 Sierra National Forest1
GREAT JEEPING TRAILS, ROCKS AND SIERRA SCENERY  Considered the “Gateway to the Sierra’s” as this is in the middle of the state with some...

Considered the “Gateway to the Sierra’s” as this is in the middle of the state with some of the best known trails and recreation in the state. 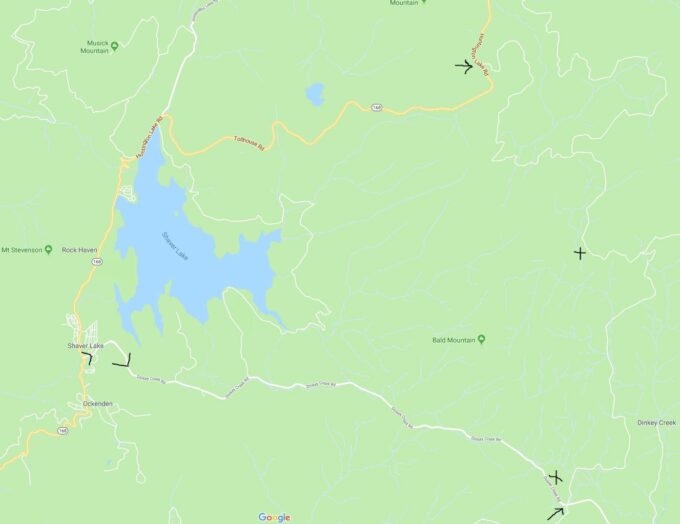 Map to get there

Bald Mountain OHV Area is just northeast of Fresno near Shaver California.  To get there, you take Hwy 168 north into the Sierra Mountains to the town of Shaver Lake.  As you enter Shaver you can take Dinkey Creek Road to the East to Rock Creek Road (9S09) or continue through Shaver Lake to the Tamarack Ridge Sno-Park and follow 9S09 to the Bald Mountain trail head.  Both routes get you to the trail head.  Tamarack route will allow you to take the northern route up to the lookout tower. 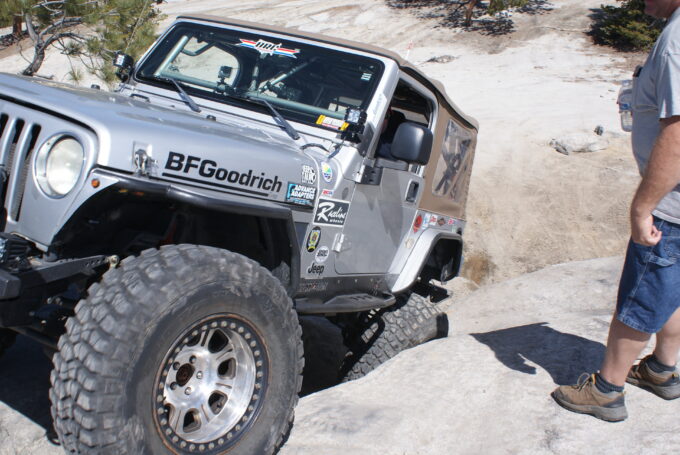 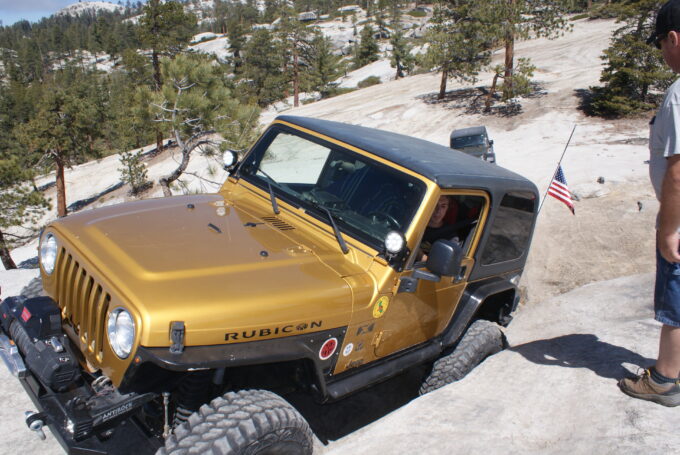 The forest service Motor Vehicle Use Map (MVUM) is pretty good and lists all the trails that are open.  It also lists the open dates for other trails in the area.  You do need to check with the Forest Service on dates for trails to open, as they can move depending on weather and trail conditions. 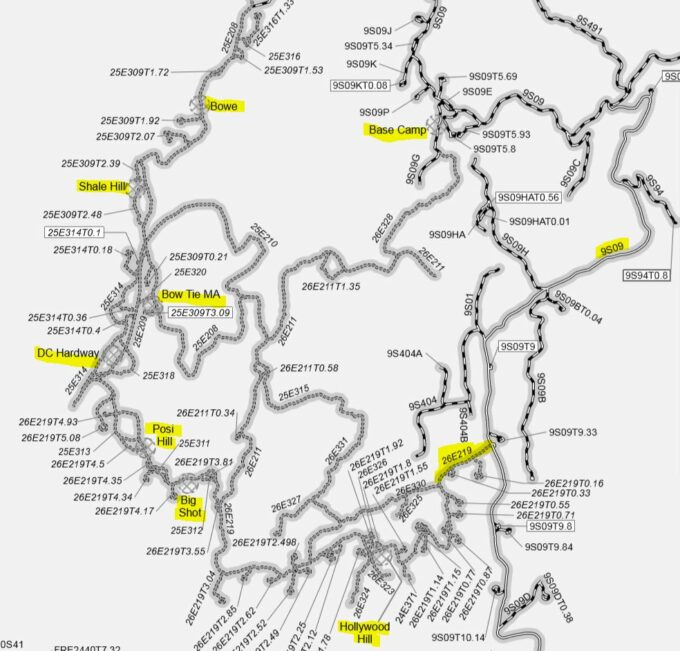 Bald Mountain OHV area has trails for all skill levels and built or stock Jeeps.  I have usually entered from the South entrance on 26E219 route.  This is also the only entrance that is open during the winter.  From here you can follow the main trail that is well marked and well used up to the Bald Mountain Tower.  Along this route you can stop to play at “V-Notch” or “Hollywood, Posi” or any other obstacle along the way.  There are plenty of obstacles along the route to the Bald Mountain Lookout Tower to play on. 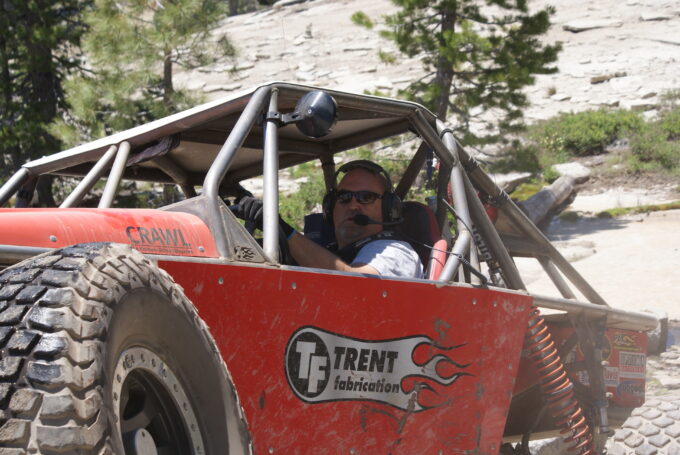 John Herrick of CRAWL Magazine at Moonlight Madness in 2017

Cal4Wheel has their annual High Sierra Poker Run during the Labor Day weekend, and their base camp is at the location everyone calls Bald Base Camp.  It is a large open area near the Bald trail heads.

Also, from base camp you can take the trail down to the creek and work your way up to the Bald trails on 26E328.  This trail was finished and connected to the Bald trails by the Clovis Independents a few years ago with grants from the state OHV grants program.  The Clovis club also hosts an event called Moonlight Madness and they run the trail at night.

The High Sierra Poker Run also takes a group of people out on Swamp Lake trail for the day.  That is a fun day and can be a long day on the trail. 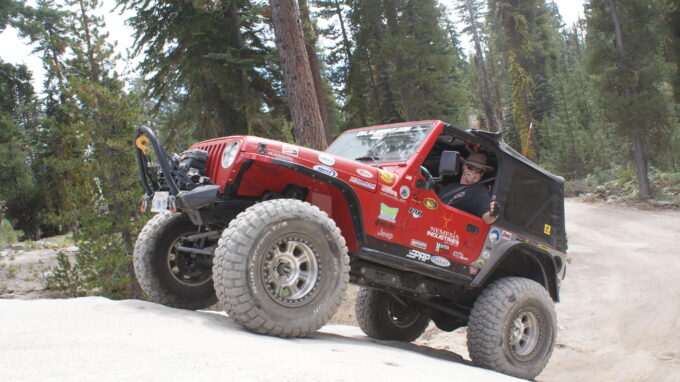 Del Albright and Red at the 2012 High Sierra Poker Run

Clovis Independents are the Adopt-A-Club that work to maintain the trails on Bald Mountain.  They have received many grants to help keep the trails open, do trail work or maintenance and done a couple of re-routes to ensure the trail remains open and passable while maintaining the environment.

Clovis Independents have received a BFGoodrich Tires “Outstanding Trails Award” in 2014 for their work on the trail and their hard work.  They have worked with the Forest Service to add a couple of old trails that we left off the MVUM and the connector from Bald Base Camp to the main Bald Mountain trails. 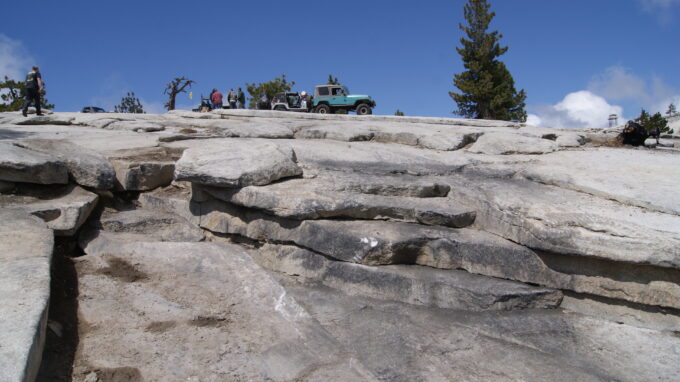 Posi Hill – Does not look that tough!  Many have been denied though!

A few years ago, well, maybe more than a few, the Forest Service wanted to tear down the Bald Mountain Lookout Tower because the building on top was in bad shape and the floor was bad with holes.  A group of guys lead by Clay Weed (R.I.P.) removed all the old material and disposed of it.  They then help rebuild the floor and building on top with a design approved by the Forest Service over a couple of weekends.

The flag on the tower gets replaced by clubs when a new one is needed.  This tower is a great meeting location on the trail and the views are iconic of the valley below.   We usually try to have a quick BBQ lunch at the tower, get your poser shots of the lake or tower in the background.  If you are into “geocaching,” there is supposed to be a cache near the tower.  I have never been able to find it though. 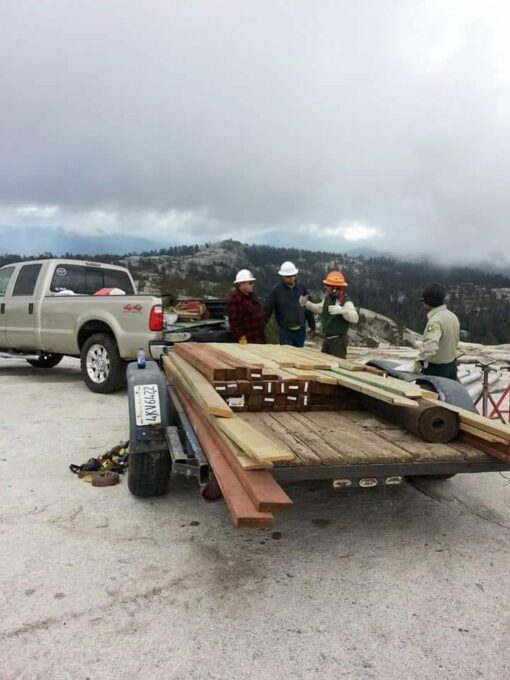 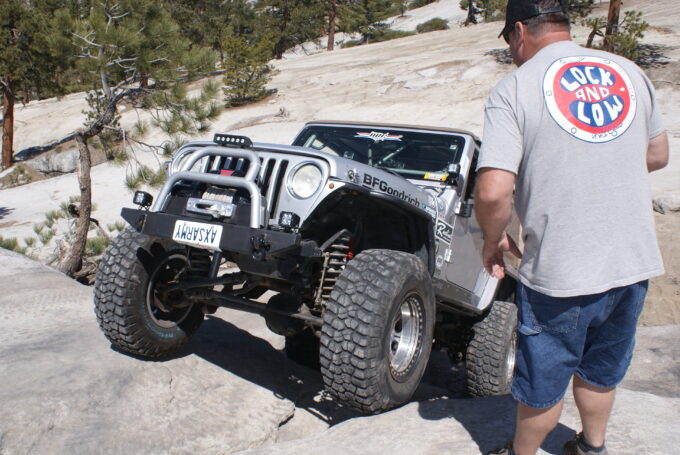 Ed spotting me up V-Rock 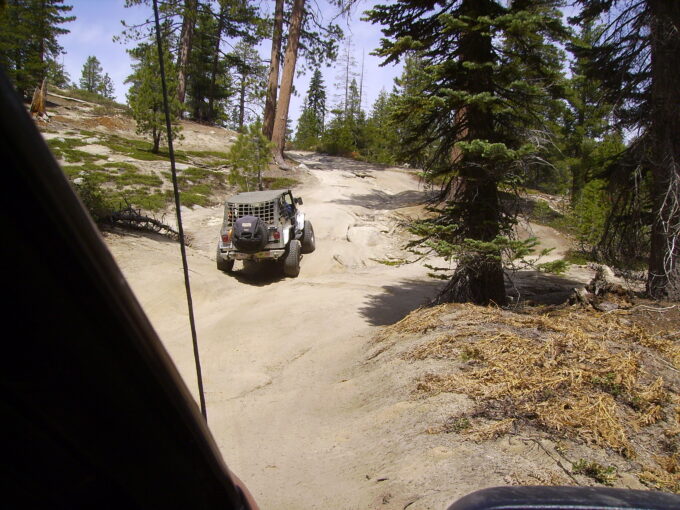 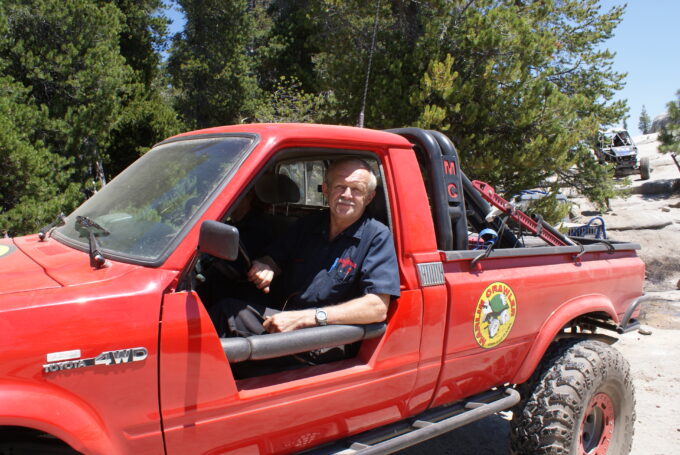 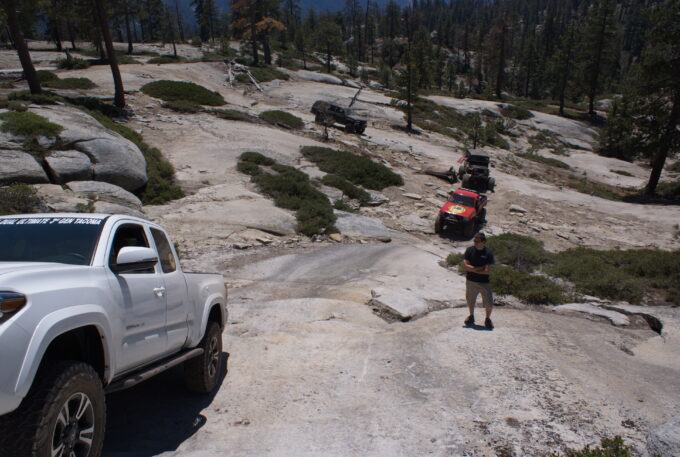 Big Mike from Marlin Crawler recreating the slow crawl with his Toyota. 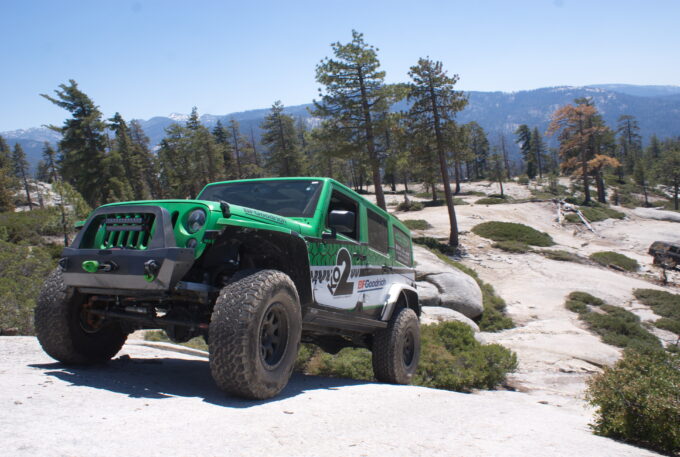 Charlene Bower of Ladies Off-Road Network in the BFG Jeep 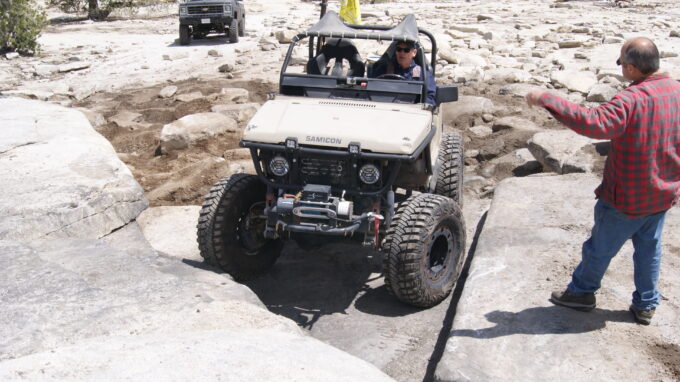 Alan of the Trail Busters playing on Posi in his Sami 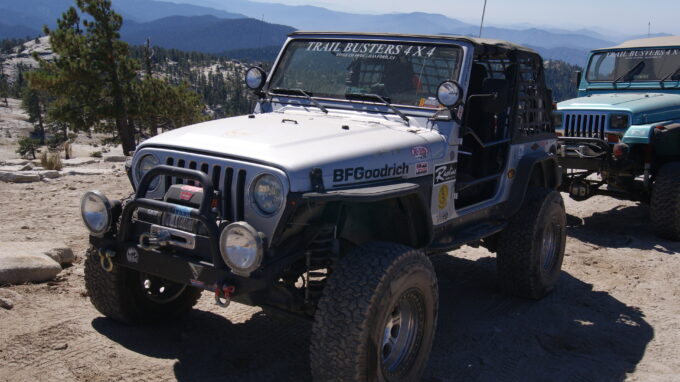 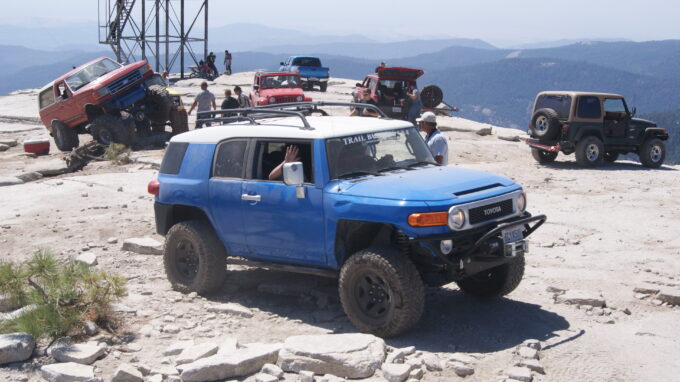 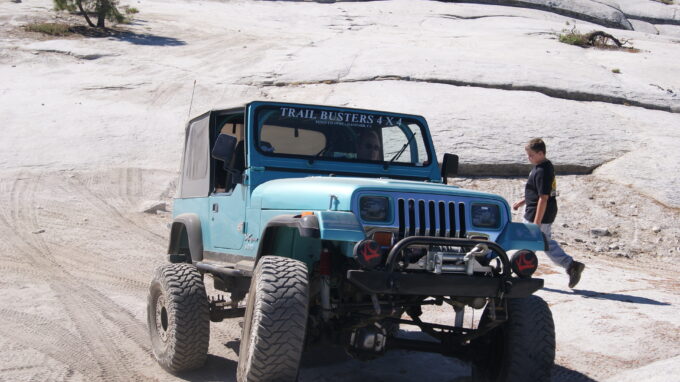 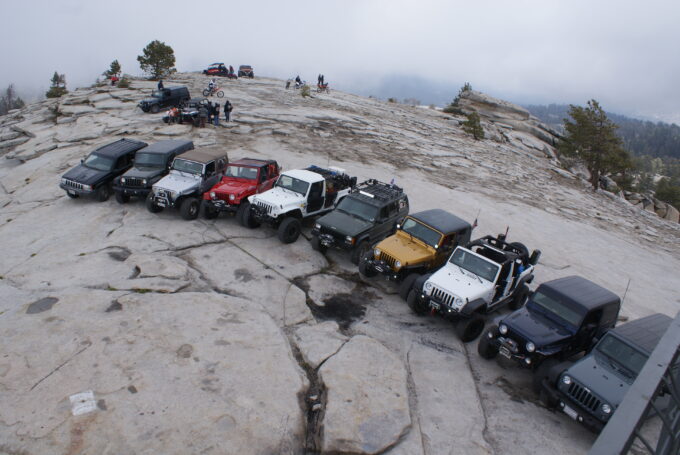 Group photo from the tower 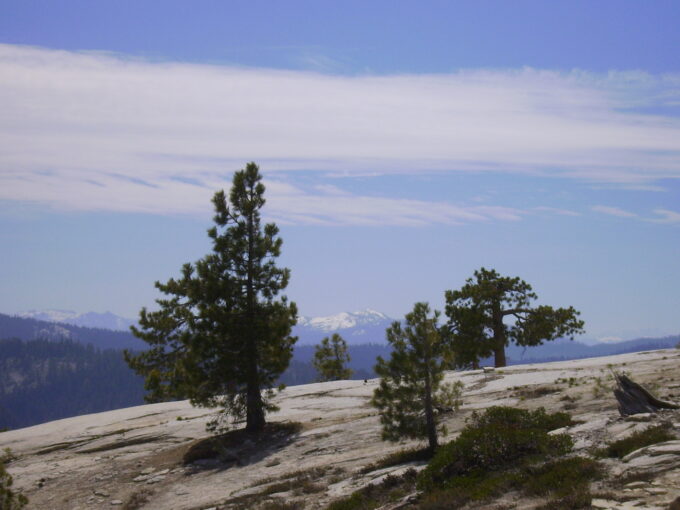 Beautiful views from the top 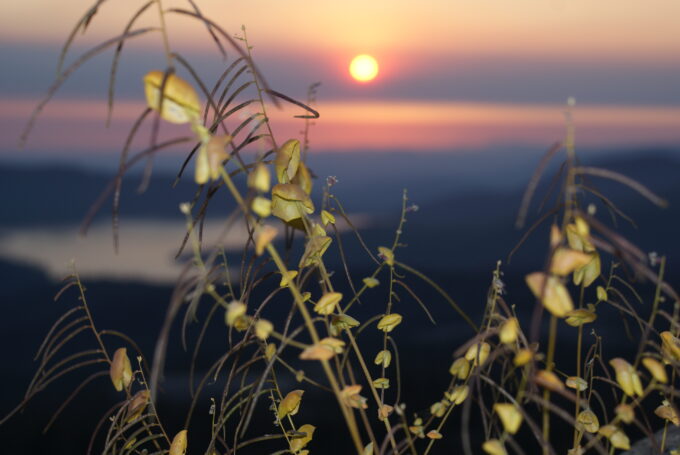 Beautiful sunsets from the tower 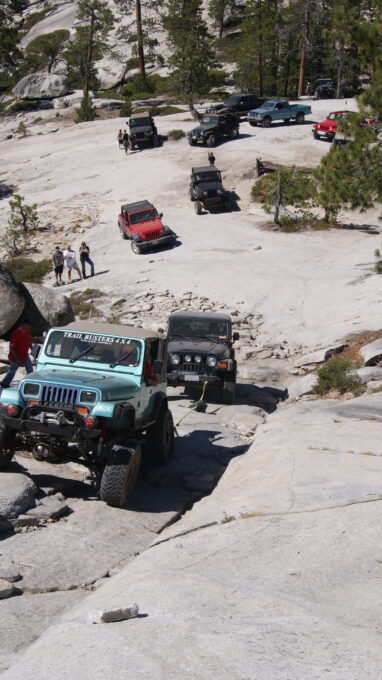 Always ready to assist another Jeeper 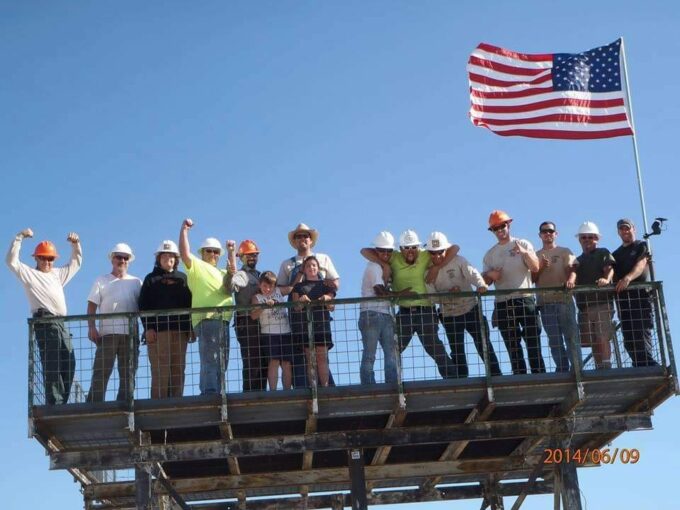 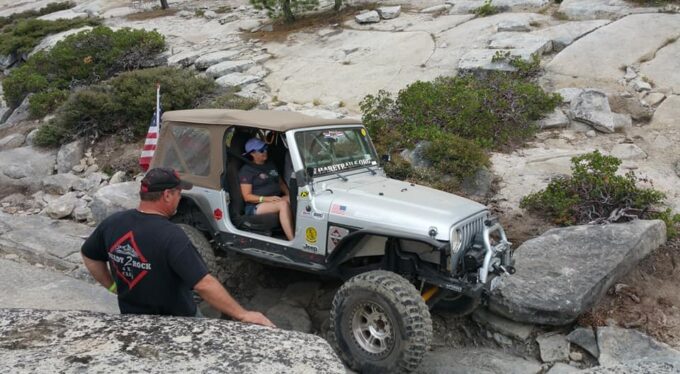 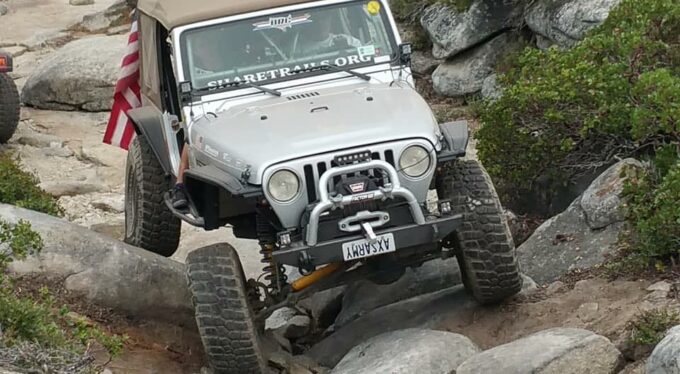 Showing off the MetalCloak suspension in the new creek obstacle

Bald Mountain OHV Area is a great wheeling location that should be on your bucket list.   Thanks to all who help keep it open.