February 6, 2020 (Johnson Valley, CA)- Over a dozen of the most talented off-road racers in the world converged for the Toyo Desert Invitational in an effort to take home $100,000, the biggest purse in desert racing. These drivers learned that it isn’t just the rocks of Johnson Valley that can be ruthless, the desert can be just as unforgiving. The day started with a prologue on 20 miles of race course to determine the starting order, and even that was filled with pandemonium. Casey Currie lost a transfer case, Nick Nelson rolled his AWD truck, and Rob MacCachren had a\ transmission failure, and that was before the race even officially began. Only six drivers completed the three 100 mile loops to reach the checkered flag.

Toyo driver Bryce Menzies was first off of the line, followed by his Toyo teammate Andy McMillin. Andy was one of three McMillins entered in the race, alongside his cousins Luke and Dan with brand new 4WP livery on their T1 desert trucks. The third-generation racers were running 2-3-4 for much of the day, until Andy hit a rock and rolled his AWD Mason Motorsports truck, ending his day. The miscue by Andy McMillin allowed Bryce Menzies to keep a comfortable lead over the competition to complete three laps on the 100-mile course in 5:29:10. “This year I knew the course was so challenging and that people drop out so much, so my strategy was to get out front, qualify early, and then just set up pace and be smooth, smart, get to the third lap and then see where we’re at,” Menzies shared after taking the checkered flag. “On the third lap we were eight minutes ahead, so just backed it down and made sure we got this truck here to the finish line.”

This was the debut for Menzies’ Mason truck, but not his first AWD T1 truck. Menzies had the Huseman brothers build him a truck with a big block engine and X-Trac manual transmission that he took to victory at Best In The Desert’s Vegas to Reno race last year. After teaming up with Andy for the SCORE International Baja 1000 in November in Andy’s Mason truck though, Menzies ordered one of his own. The recently completed truck now has a 100% win rate, and Menzies has a big paycheck for his efforts. Dan McMillin and Brett Sourapas were also running AWD Mason trucks, a clear advantage on the steep hills and loose terrain found in Johnson Valley. These trucks use independent front suspension with coilover and bypass shocks like many of the top 4400 vehicles, along with portal hubs on the Mason trucks for increased ground clearance. Unlike the 4WD ULTRA4 vehicles racing on Friday though, the AWD T1 trucks use a single-speed transfer case rather than a high range for the desert and low range for more torque multiplication in the rocks.

2019 champion Luke McMillin piloted his 2WD Racer Engineering truck to a second-place finish, six minutes behind Menzies. “Last year was the highlight for us. We’ve landed second a handful of times,” McMillin explained at the finish line. “I’m really excited because it’s a really tough course, really tough race, and we’re out here against the best of the best, so on the podium is awesome.”

BJ Baldwin finished in third with a time of 5:31:13. “I was very, very patient this morning,” Baldwin revealed. “I followed the truck in front of me for about 30 miles before I found an opportunity to really safely pass him. Usually, I would take a lot more risk, but here being it’s a different course, and it’s very mechanically tough on things, I wanted to make sure I had a really clean opportunity to pass.” Dan McMillin and Kevin Thompson rounded out the finishers with times of 6:07:59 and 6:10:07, respectively.

Nestled between the 4WP Every Man Challenge and the Nitto King of the Hammers Powered by Optima Batteries, the Toyo Desert Invitational not only exposed the 50,000 Ultra4 fans in Johnson Valley to T1 Desert Trucks, it also allowed desert racing teams to experience the unique community that is King of the Hammers. The entire week of racing culminates on Friday with the 14th Nitto King of the Hammers, where 97 unlimited 4×4 vehicles battle through the desert and over the boulders of the infamous Hammer trails. Not on the lakebed? Follow all of the action at ultra4racing.com/live. 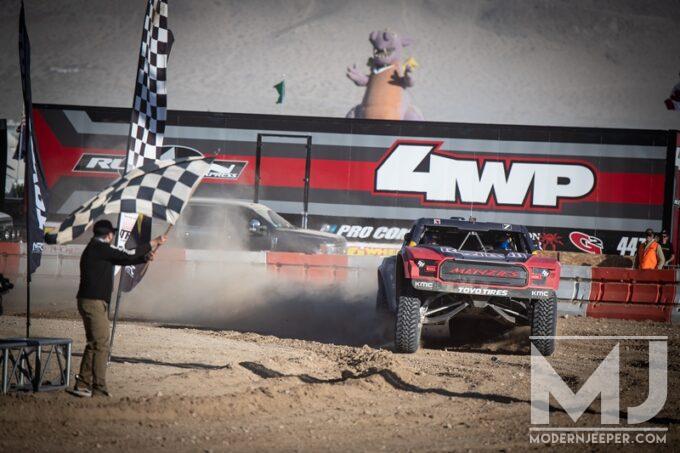 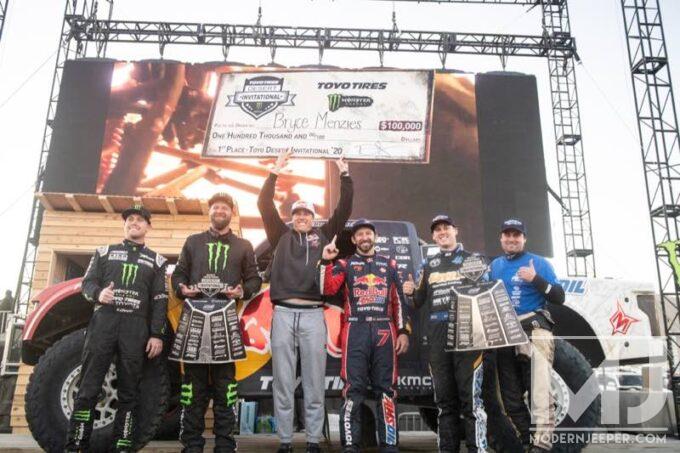 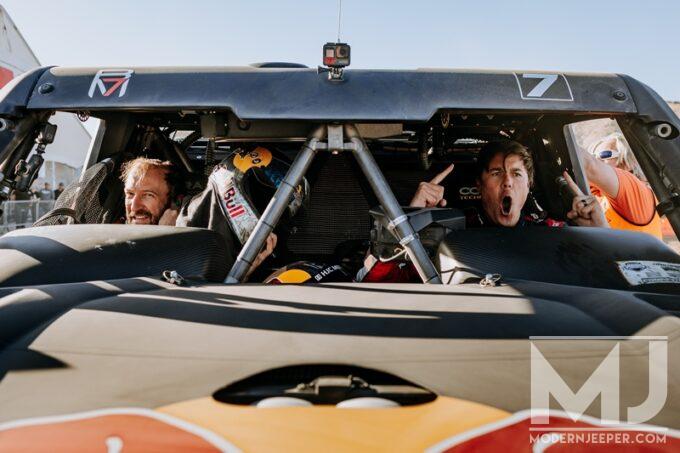