Overlanding27
Rise and Shine! At least it’s not raining on this fine morning except for the layer of fog and dew over the valley that...

Rise and Shine! At least it’s not raining on this fine morning except for the layer of fog and dew over the valley that made for some crisp morning air of the Canaan Valley. Day three will be our shortest mileage day, and the hardest trail day yet. After two days on the trail and camping together everyone was well acquainted and we all had a routine. We were really starting to get comfortable with each other by now.  As the smell of coffee and the best biscuits and gravy I’ve ever had filled the air, we were all ready to get started with our driver’s meeting before taking off.

We hit the road and got on the trail at the Canaan Loop Road. This was much different than the other roads we had seen so far, it was narrow, rocky and wet!  This is the hardest we’ve pushed our rigs yet with 4’ tall wet rocky ledges.  The loop road ended right near the Blackwater Falls park, and we stopped to take a look and get some history of the falls. Our trail guides arranged an informative talk from the park rangers for us. Blackwater falls gets its name from the natural tannins in the water coloring it brownish. We hiked down to the falls, snapped some pics and made the long trek back up. 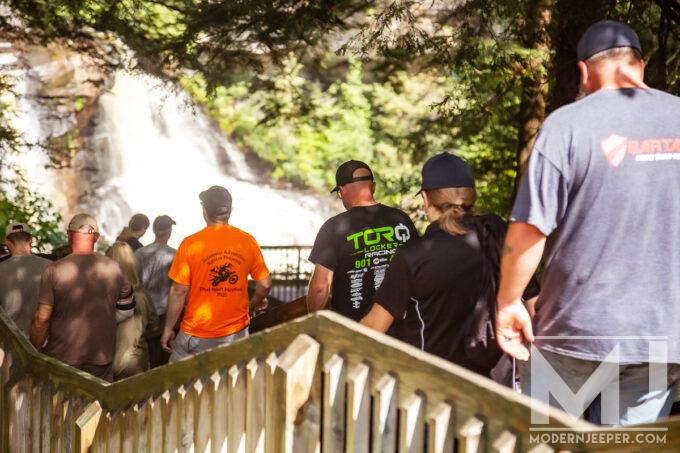 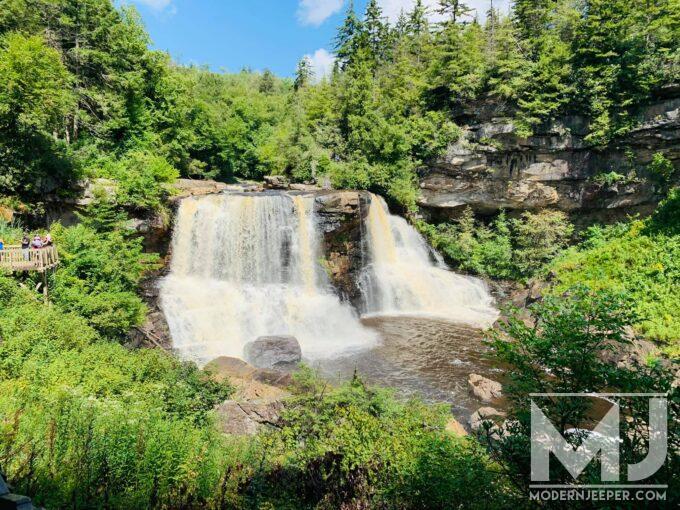 After a quick ride through town we hit the dirt and encountered a “dead end” sign. Jerry said, no worries, there’s something cool down here only the locals know about. He was right. Douglass falls, named after the mining town of Douglas on the hillside, was right around the corner from a small parking area. We took a short hike to check it out, cool off, then grabbed a quick lunch. After lunch we drove through what was left of the town and noticed some of the houses were lovingly restored, how cool! 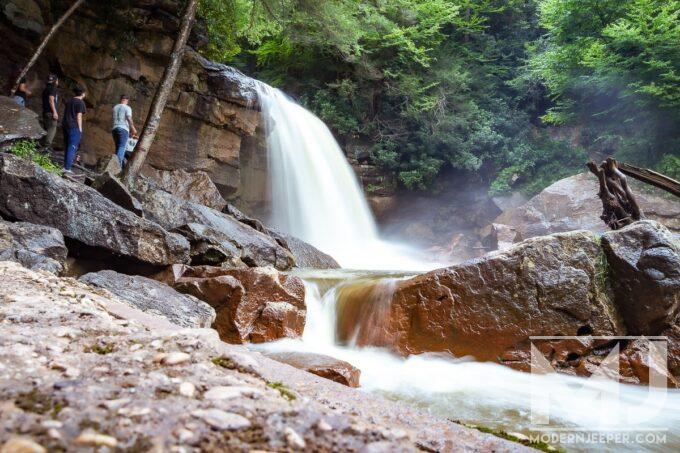 The next trail we came to also came with a warning, there had been a washout of the road and that it may be impassible….so we did like any good Jeeper and put our rock crawling hats on and said, cool, let’s do it! Canyon Rim Road lives up to its name. It’s carved into the cliffside at the top of the Canyon, GPS reading over 1,000 below was the Blackwater River. Luckily the washout section was not on the cliffside, but on a more manageable grade. I don’t recall how much time we took negotiating the group through the washout, but it didn’t matter, we were all having a blast watching everyone go either around or right through the washout. Both ways were sketchy. The video of  Travis Farmer  and his 1 ton Ice Cream Van has already gone viral. We all made it through and continued on the rough rocky road. 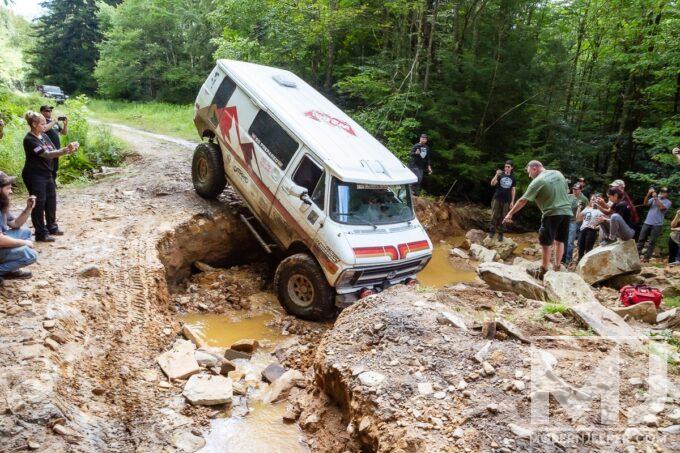 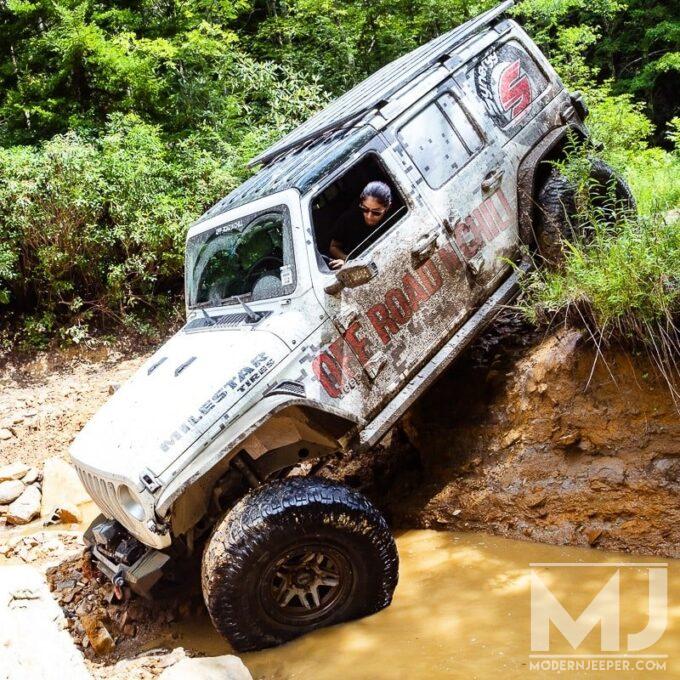 Next up was a Fire Tower climb, only for the brave. I don’t recall the name of the tower, but we limited the number of people up the tower at once just to be safe. Arman Sandhu  climbed all the way to the top, and then on top of the roof! We then hit the dirt for our last trail of the day. On a steep downhill, the Torq equipped Subaru started losing brakes. They were able to safely stop by downshifting and using the e-brake.  The group kept going while a few stayed behind to fix a few things and allow the subi to slowly make its way down safely. Good thing we carry tools, spares and fluids. The brake line was a tad too long for the vehicle and it had started rubbing on the new tires. The guys clamped off the damaged brake line, filled the fluid and pumped the brakes. All set, but to safely get down the steep mountain trail, we strapped the Subaru to Steve’s Gladiator and they drove down the trail. 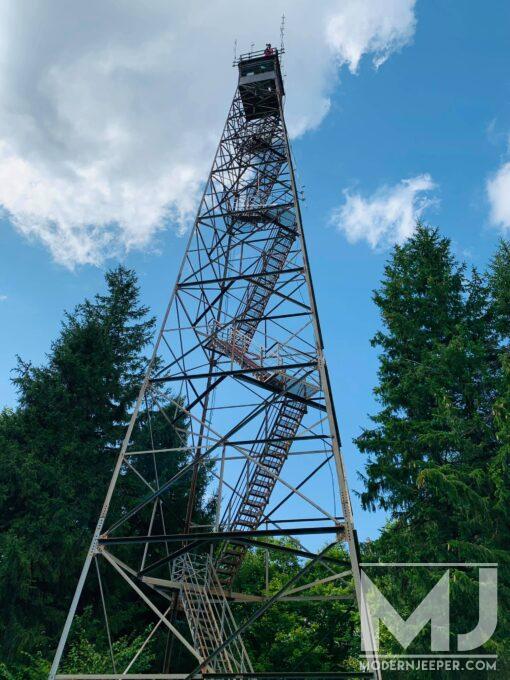 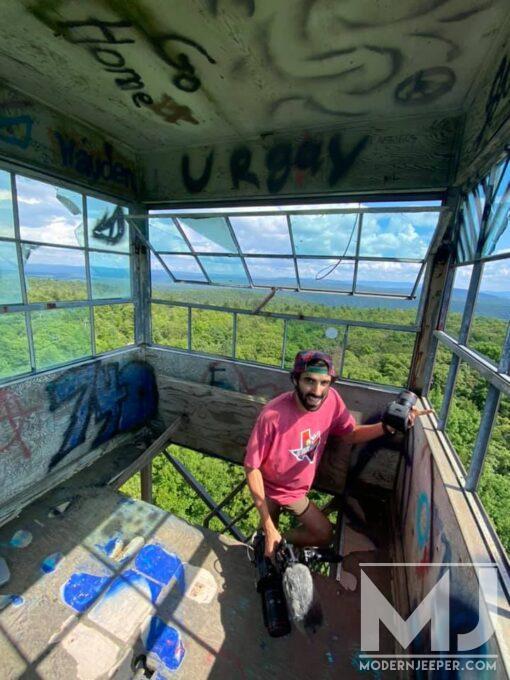 Our last history lesson was in a small town of Parsons, WV. They called themselves the “Four Vagabonds” — Henry Ford, Thomas Edison, Harvey Firestone and John Burroughs. Between 1914 and 1924, four of the nation’s most successful and notable citizens embarked on a series of summer camping expeditions. Touring together by automobile caravan, they traveled into some of the most rural and wild areas of the eastern United States.One of their “best trips ever” was in August 1918, when they traveled from Pittsburgh through Uniontown, Pennsylvania, along the National Road to Oakland, Maryland. They then traveled through West Virginia, Virginia and Tennessee on the way to Asheville, North Carolina. Leaving Asheville, they traversed east and north through the Shenandoah Valley and ended their “Vacation Days of 1918” at Hagerstown, Maryland. The motorcade would continue into West Virginia through the communities of Lead Mine and Parsons to Elkins, and then return to the Summit Inn. 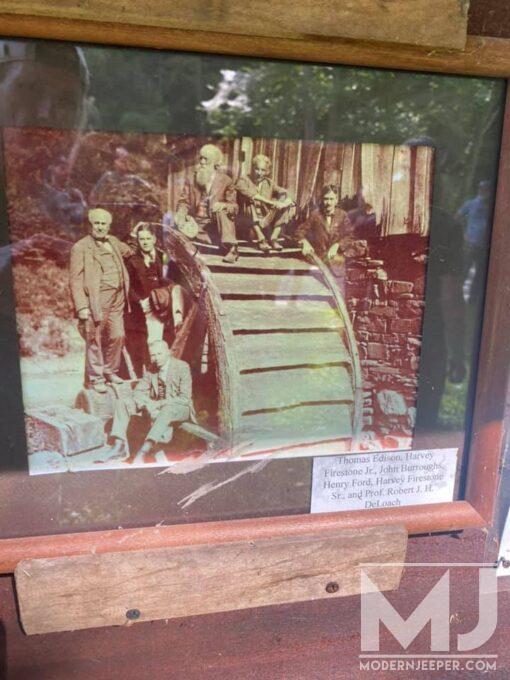 On the afternoon of Aug. 22, 2018, the antique car caravan arrived at Alpine Lake Resort in Terra Alta and spent the night there before completing their trip back to the Summit Inn the next day. The cars were on display in the parking lot of the Alpine Lake Lodge. The owners and drivers were on hand to answer questions about the cars, the Vagabonds and this historic 100th anniversary commemorative event.

“This is a once-in-a-lifetime event to commemorate the 100th anniversary of this historic Vagabond excursion, and to celebrate the adventures of these famous travelers,” said Bill Ramsey, the director and organizer of the tour, and president of the Mason Dixon T Chapter of the Model T Ford Club International, which is hosting the tour. “Henry, Thomas, Harvey and John really were the grandfathers of the whole RV camping movement that spread across America and is now commonplace today.” 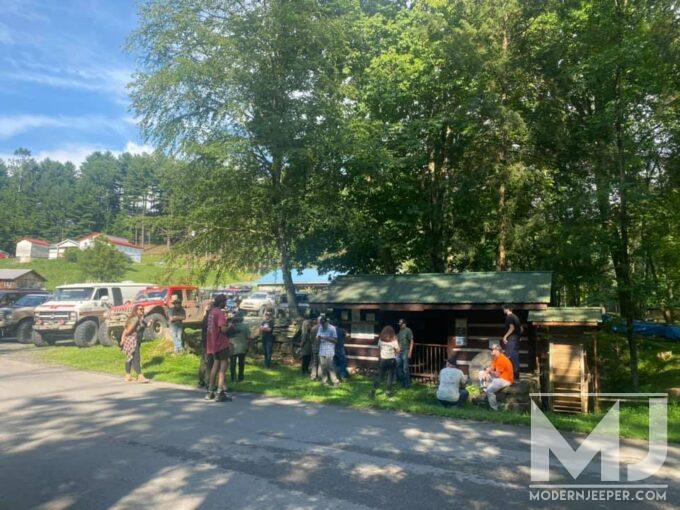 After Arman took a quick cold dip in the river we headed out down the road to our next camping spot for the evening, Blackwater Outdoor adventures.

Camp was beautiful along the river. Jerry knows the owner of the rafting/kayaking/paddle boarding company and they left out some kayaks for us to play in. A few took them up on the kayaking, a few of us hit the wifi, and others hit the shower house. After a refreshing hour we lined up for the biggest and best meal of the trip featuring local favorites like Venison bites, Rabbit and pasta, venison cheddar jalapeno summer sausage, pickled corn, ramps and potatoes and chicken and dumplings – all from scratch!  We were all blown away by the hospitality of the camp cooks, Jerry’s brother Jon Bain , his wife Melissa and  her sister Jessie Coe . They love offroading, overlanding and everything we do as well, they didn’t feel like caterers, they were instant family and friends. 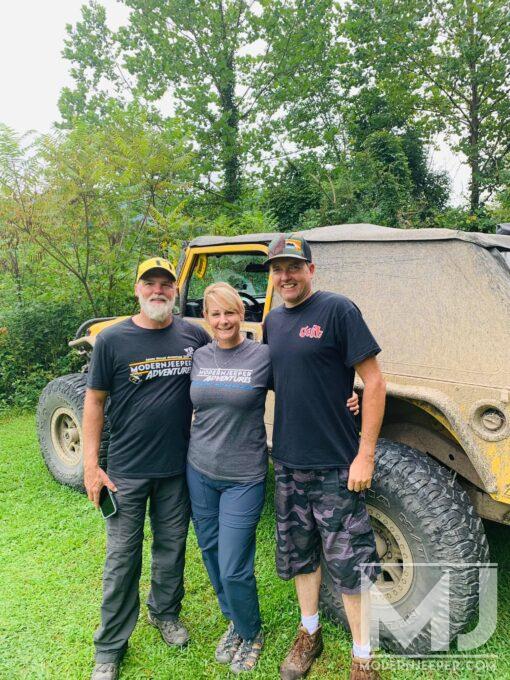 That night at the campfire we all reflected about the trip and what it really means to take a break from the world and take the TIME to really get to know people. I am truly blessed to be able to have this experience and bond with new faces and old friends! Take the time to get off your phone and experience the world around you. Take the trip and explore! Cheers! 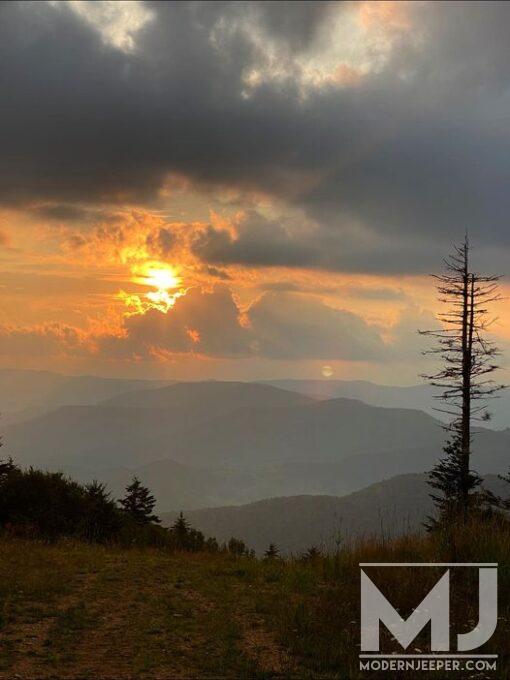