Jeep Adventure2
The term “ getting lost” almost means finding yourself, especially in this day and age, the way our country is going right now, more...

The term “ getting lost” almost means finding yourself, especially in this day and age, the way our country is going right now, more people are out “getting lost”.  This adventure was no exception! Getting back to some real Old American values, that seem somewhat lost now-a-days. The world is a crazy place right now and I hear “can we go back to the good ‘ol days” a lot recently. I remember the “good’ old” days roughly, when I was a kid, carefree and just being a kid. Where did those days go?

Well I think I have found just the place! West Virginia is that place! 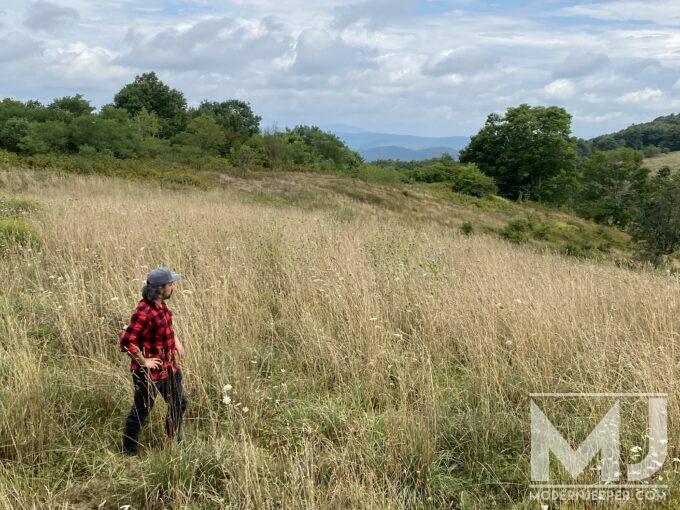 When we were invited to the Milestar XPDN (“expedition” in cool kids speak) in West Virginia I was skeptical, but we had an amazing lineup of industry icons, industry leaders and new faces that I had never met before. When we go on adventures like these, we have no real itinerary most times except maybe where to stay and meet up. These are true adventures, just a starting point and a stopping point…..that is a real adventure to me. Our starting point was at the Snowshoe Lodge that was below the ski resort town of Snowshoe, West Virginia. Of course it is off season and no one is around much with no snow on the ground, but we were there for off-roading right? The lodge was cute and quiet with only a general store across the street where we ate pizza and had some local hospitality. That evening we met everyone that was coming along for the ride, as well as the array of kickass rigs in the line up! 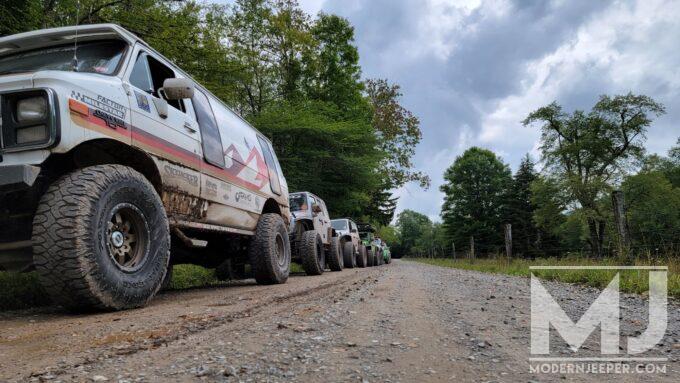 West Virginia is the state that is “Wild and Wonderful”, and it was definitely that. Early in the morning the next day was the drivers meeting. Everyone was excited to get going and see what Mr. Martin Castro had in store for us. We had some pretty amazing guides from the West Virginia jeep club. They have been running these back routes up the Appalachian mountains since they were kids. 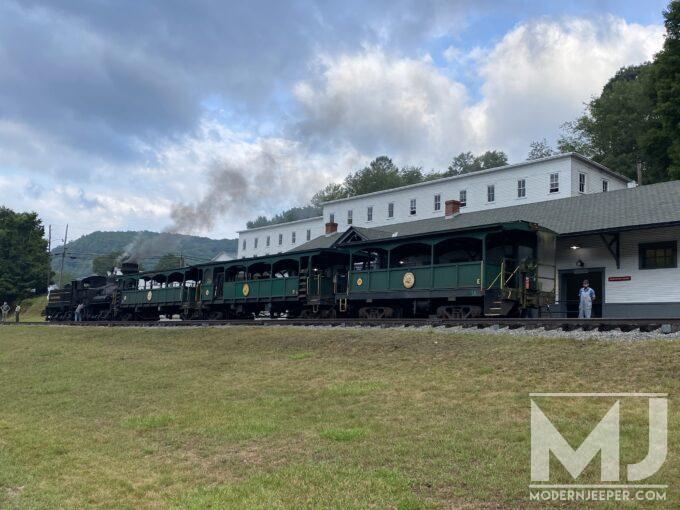 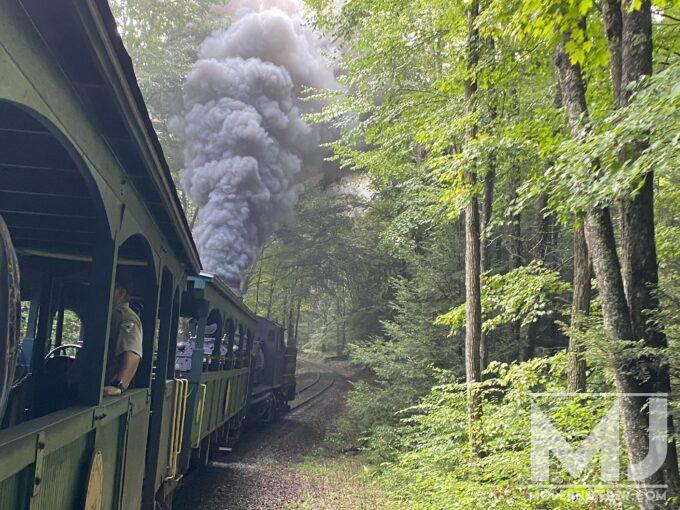 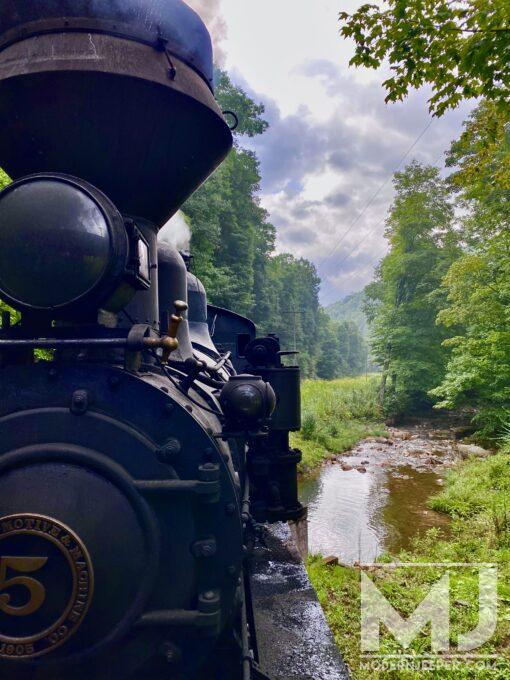 Our first stop to our adventure was just a few miles away, as Martin became our tour guide with a history lesson,  when we pulled into the small historical  town of Cass. Cass is a logging town, and now is a state park, the town was founded in 1901 by the West Virginia Pulp and Paper company. Getting to ride a Shay steam locomotive a few miles was spectacular. We got the pleasure of seeing and learning about the Shay locomotive in the engineers shop. They told us about the special gearing it took to run these historic locomotives and the only ones left in America. The Shays were designed to haul heavy logs up and down the mountain with 12 wheel drive and enough torque for a 12 degree grade. As we rode the tracks with the high pitched train horn and chugging black smoke from the fired coal burning at the stack, we were all in awww of the landscape around us. 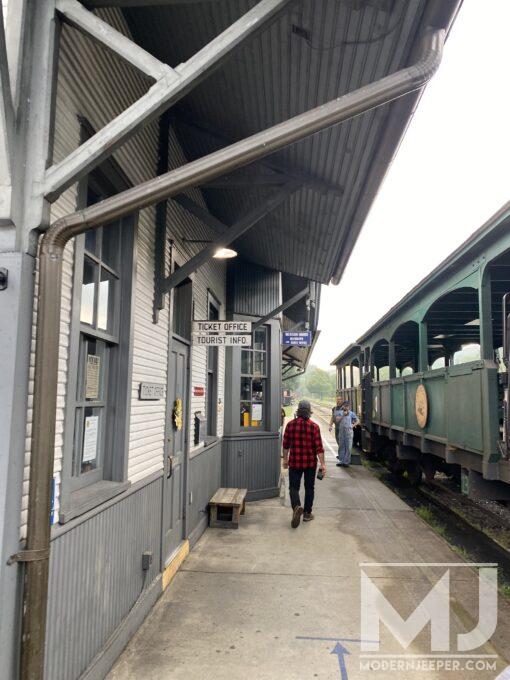 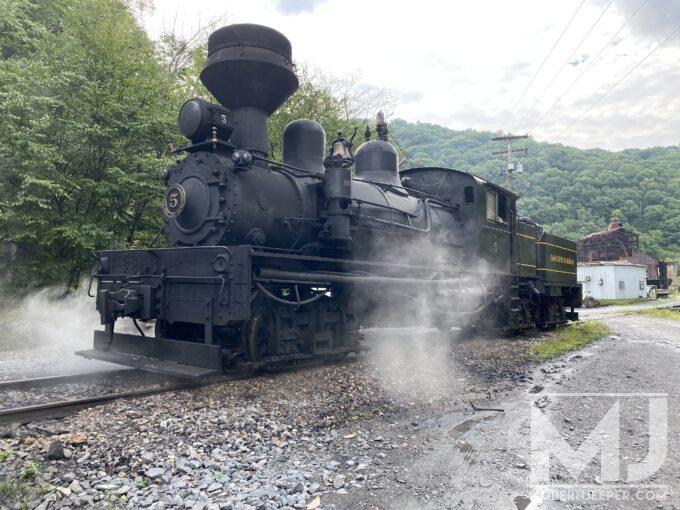 After we aired down to hit the dirt, we headed up the Buffalo Mountain road, cut into the side of the mountain as we gain elevation, and make our way up to our next destination. A few of the vehicles in the group had some stalling issues that lead us to stop and fix some issues to get going again, but in the mean time we ate lunch with some of the world famous WV pepperoni rolls and some WV potato chips, you can only get in WV. With everyone fixed, bellies full and ready to roll out, we continue on. As we get toward the top to our destination, we are stopped to take a short hike to the Battlefield of Camp Allegheny, where Martin tells us a bit of history about this big battlefield from the civil war. This site is unmarked, so having some amazing guys that know the land helps. As we stood where soldiers once were, it was a very surreal feeling. If you have time to look up the history of this very significant place, you will learn how the confederates won with the union withdrawal in 1861.  Our next  stop was right around the corner as the fields opened up to limestone formations that indicate water and caves. The Sinks of Gandy is a cave system with a wet and dry entrance. We were met by some cave guides as we explored a bit of the cave system in pitch dark. We had to gear up before hand with our helmets and lights as we hiked a short distance to a hidden entrance only few people know about. 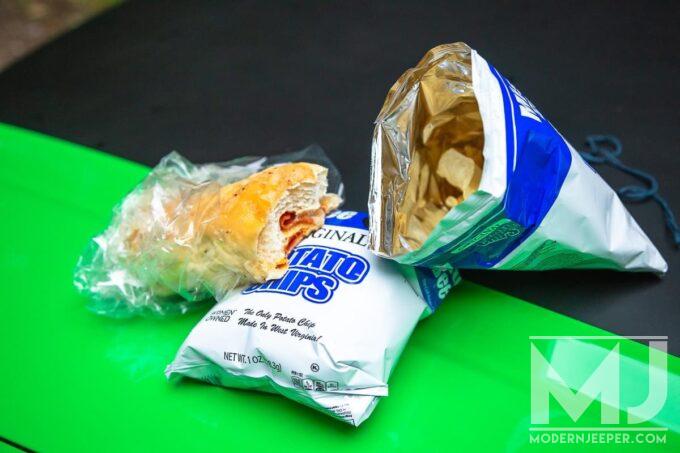 We finished the day climbing to some serious elevation with our rigs driving up some crazy winding dirt roads to our camping spot above a glorious grassy mountain side. The place we set up for dinner and camp was the Experience learning camp, just 400’ below the highest point in WV. Spruce Knob was a beautiful spot to have dinner and sit by the camp fire. Our hosts cooked some amazing dinner for the first night as we sat around the fire getting to know out new friends that were along for the journey. 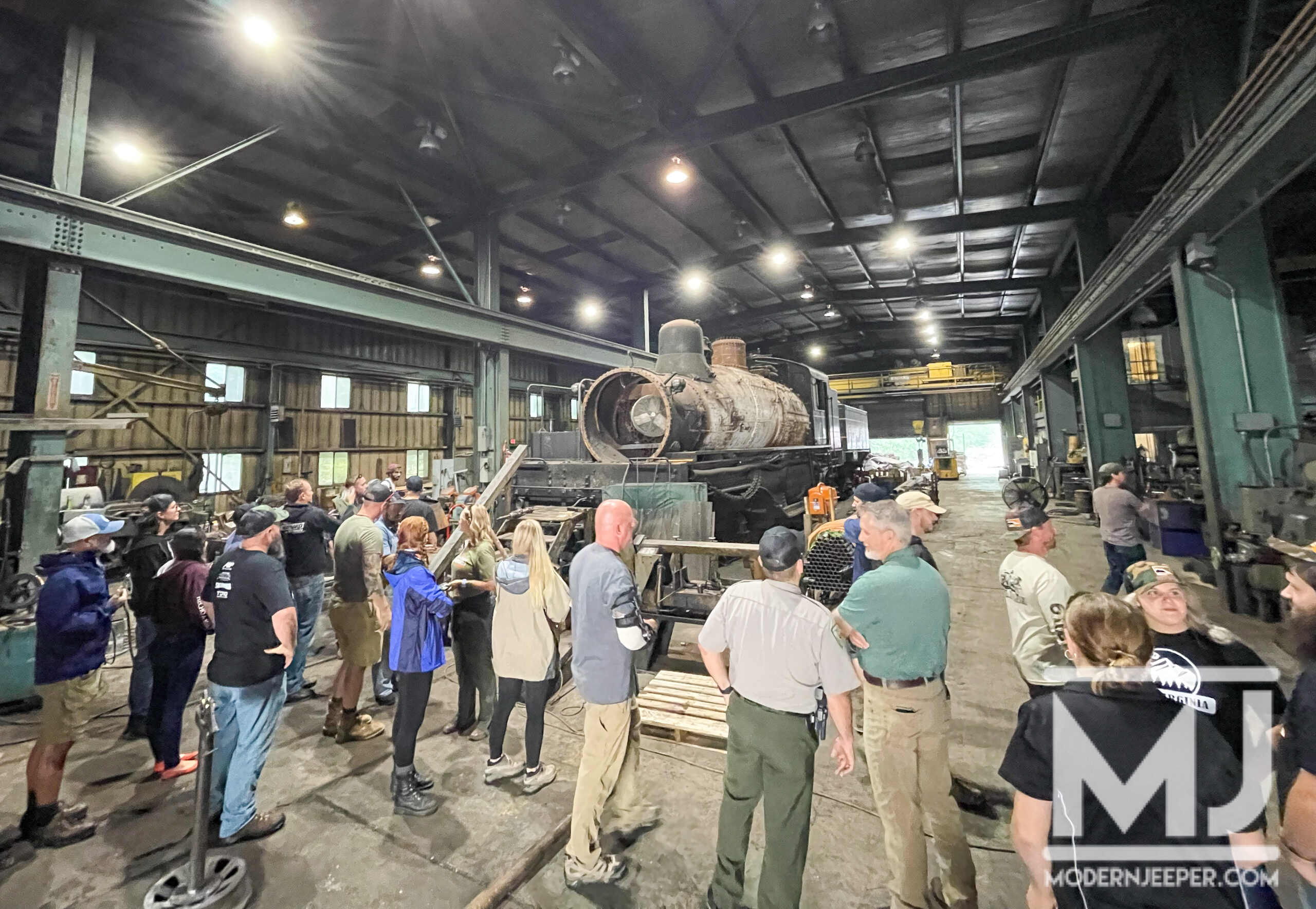 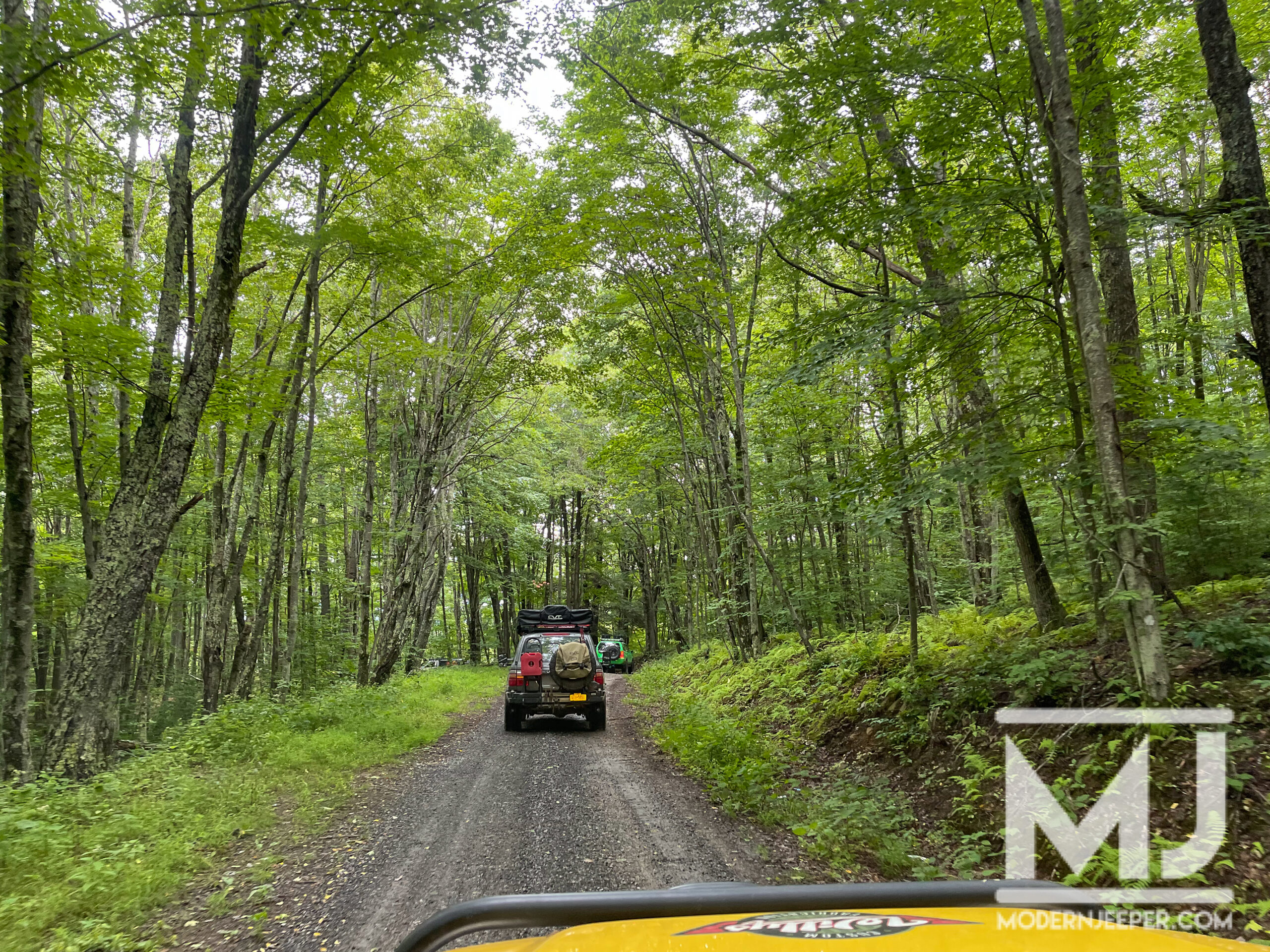 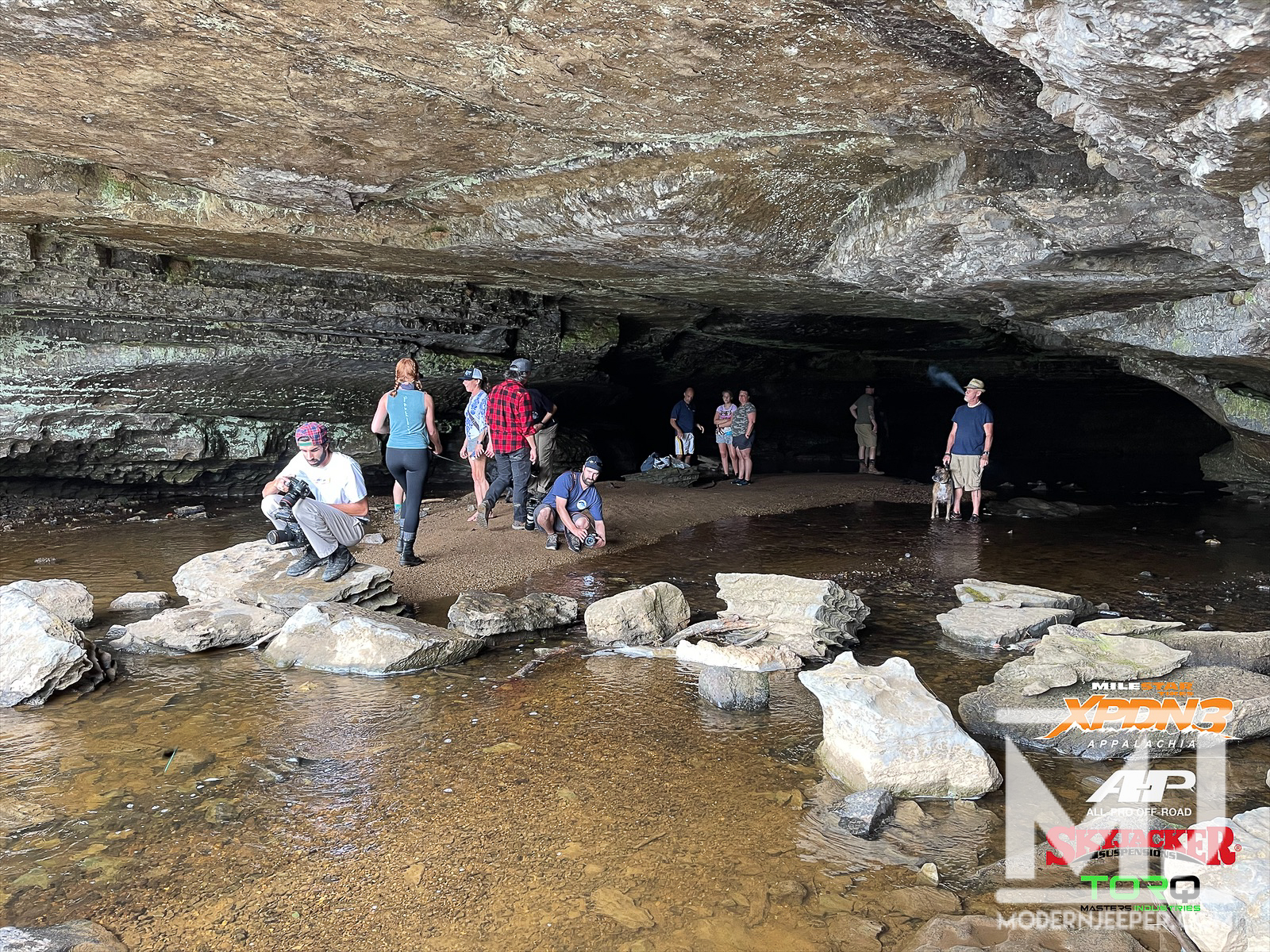 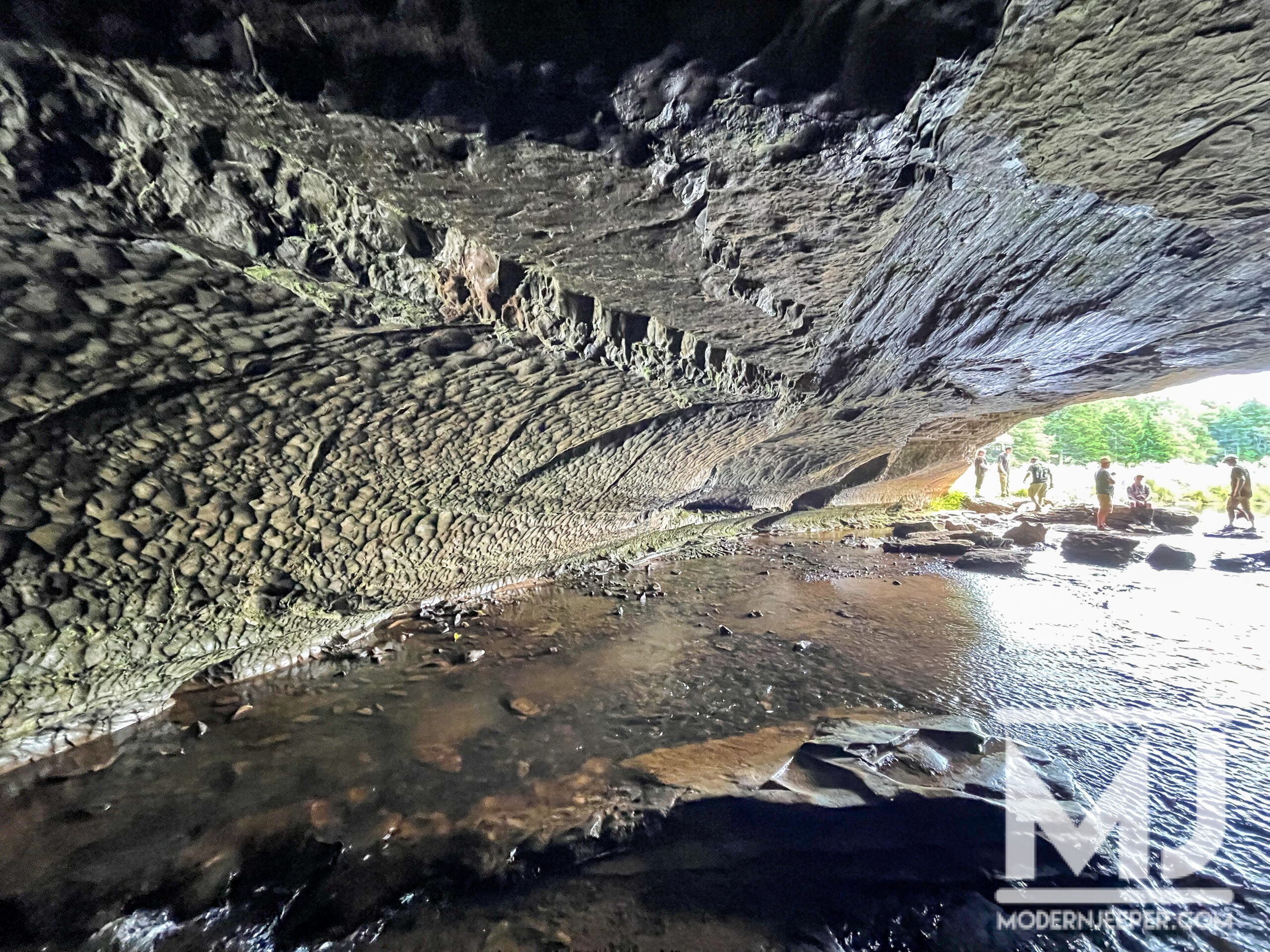 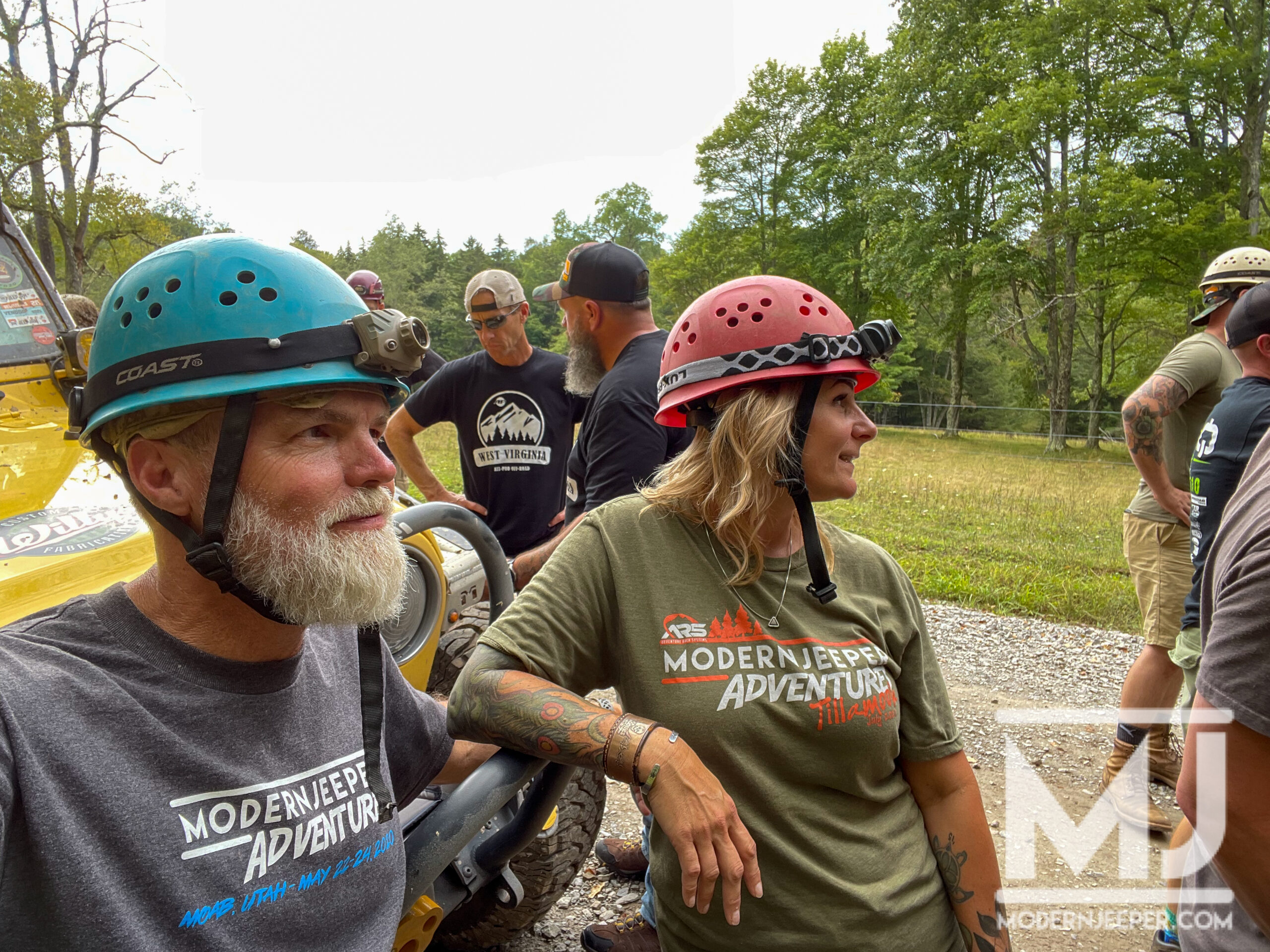 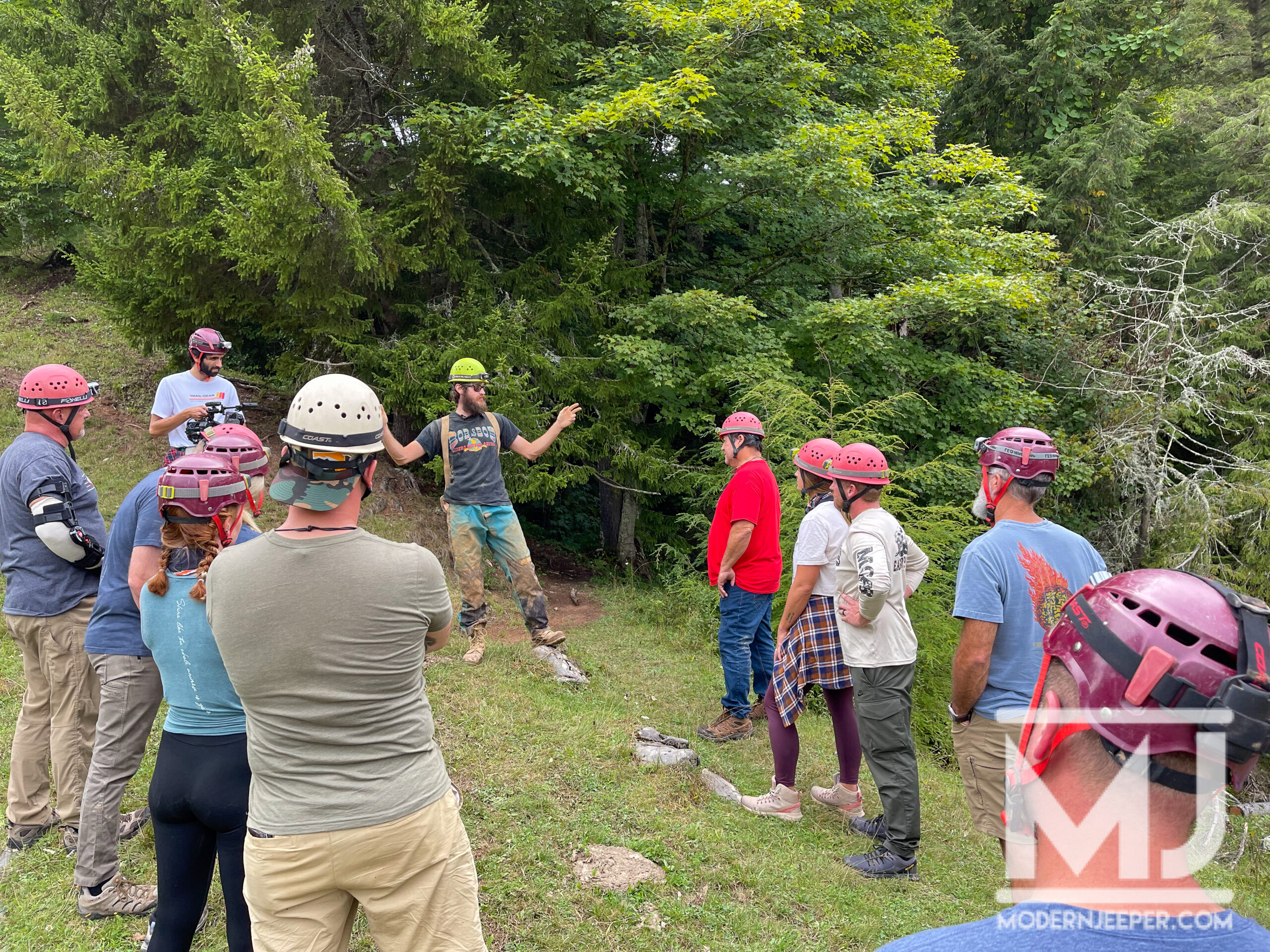 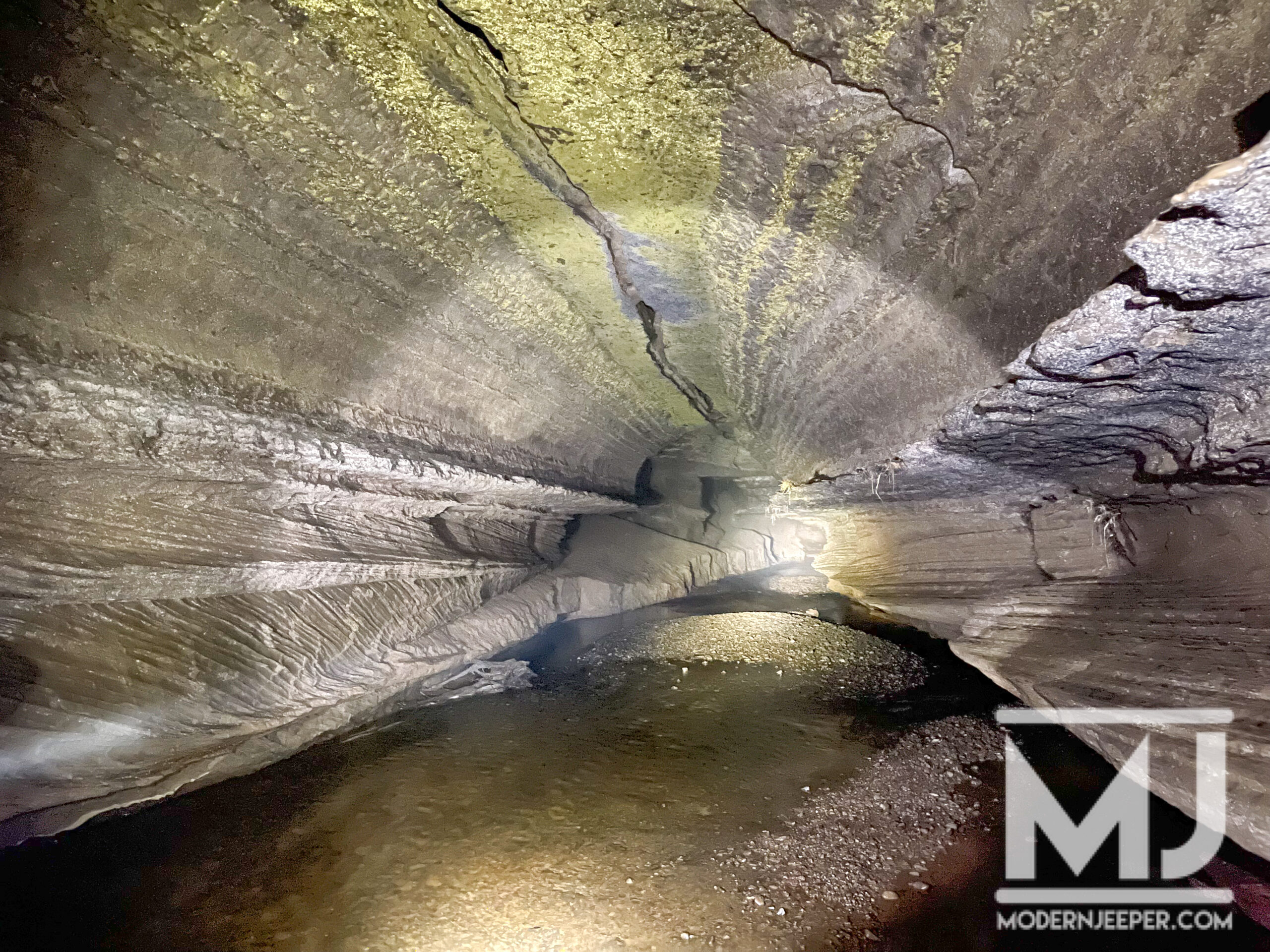 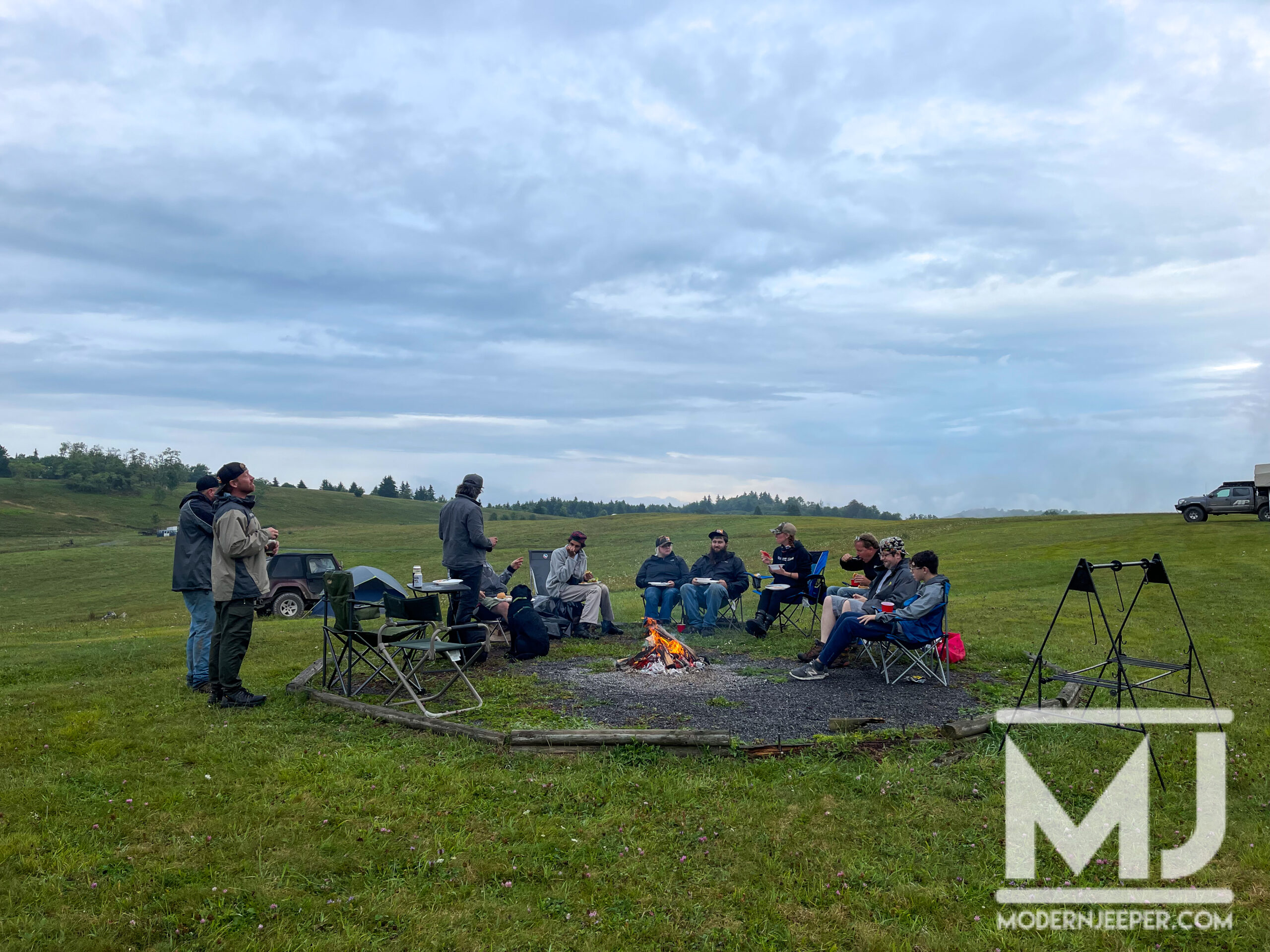 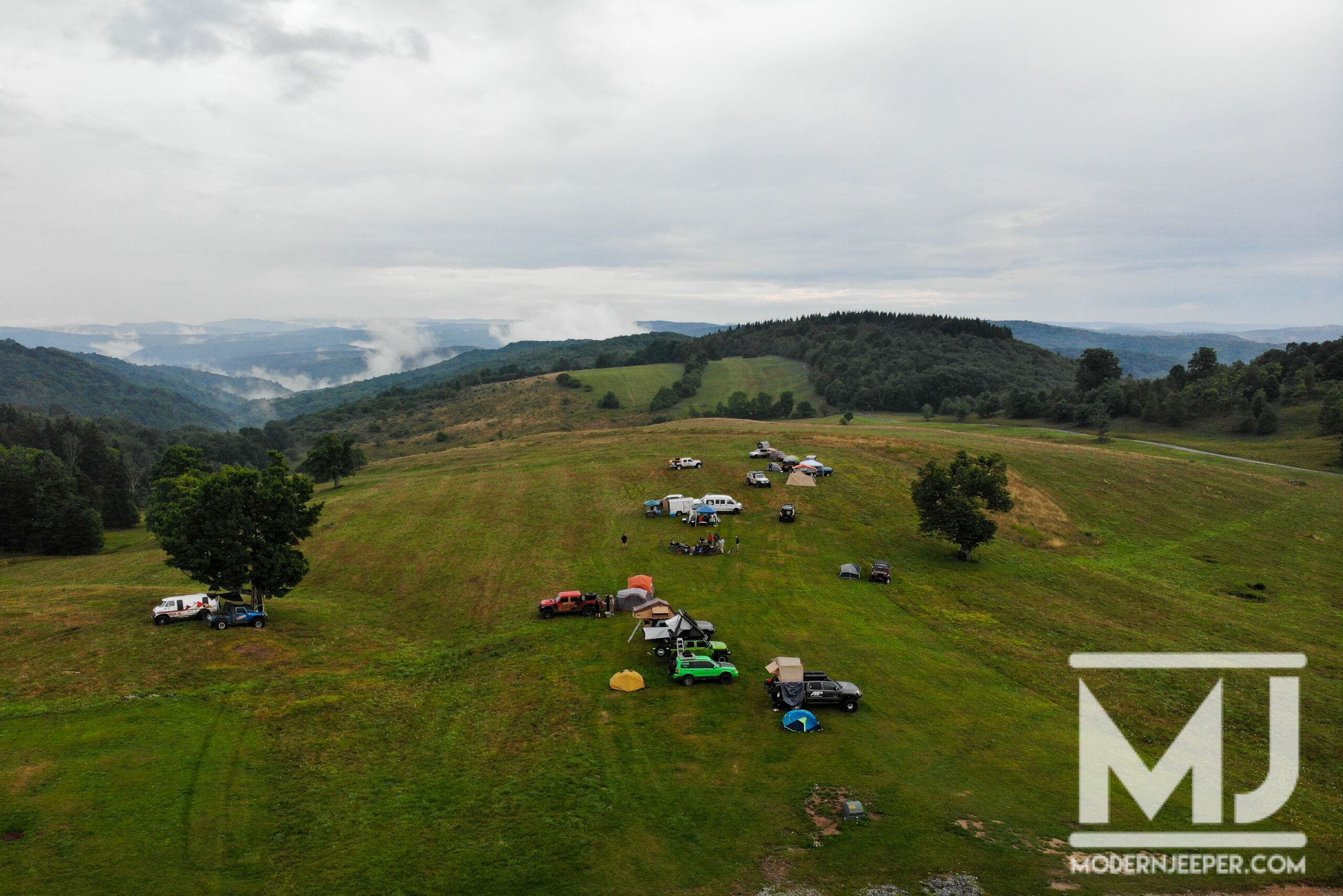 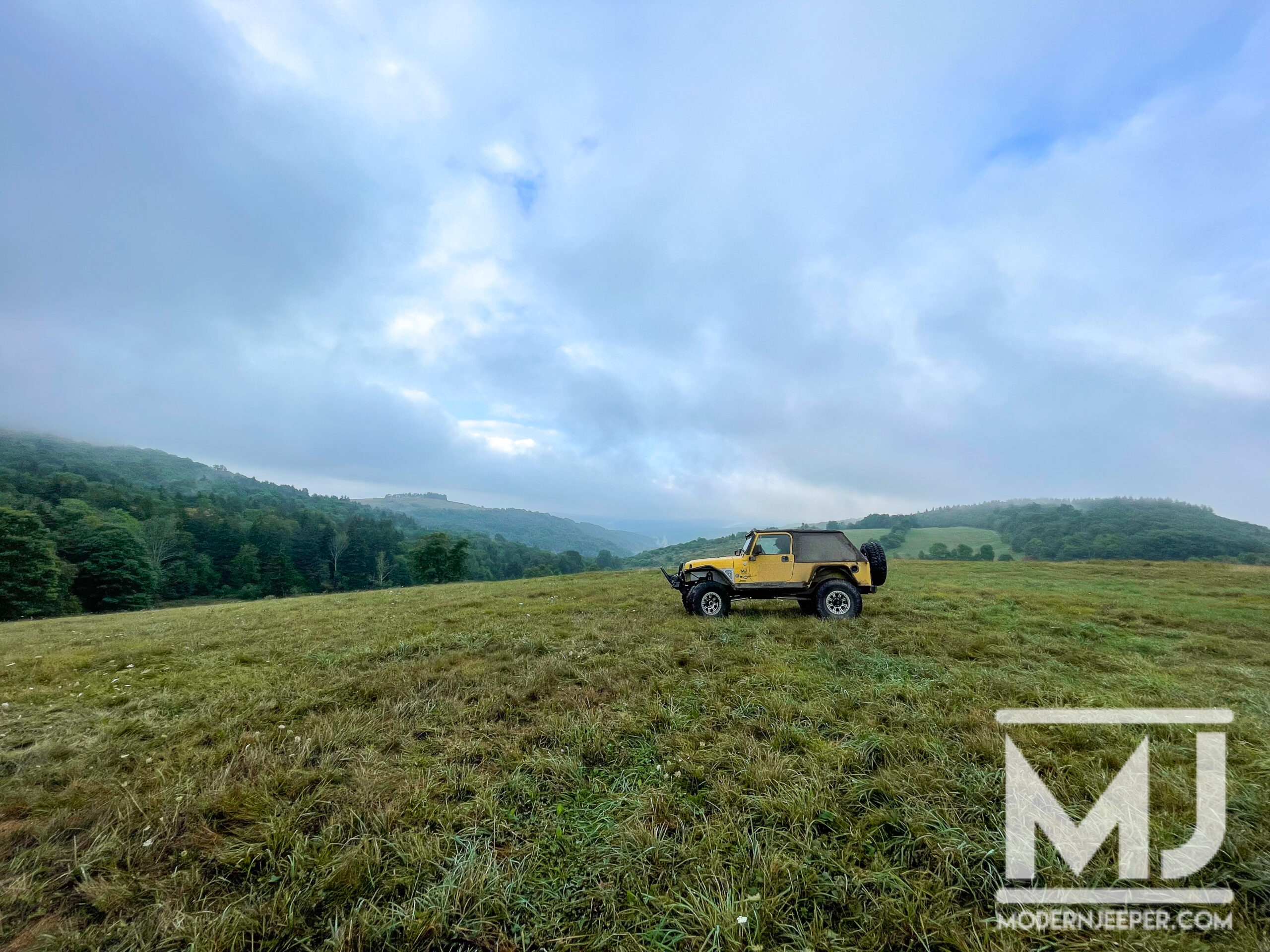 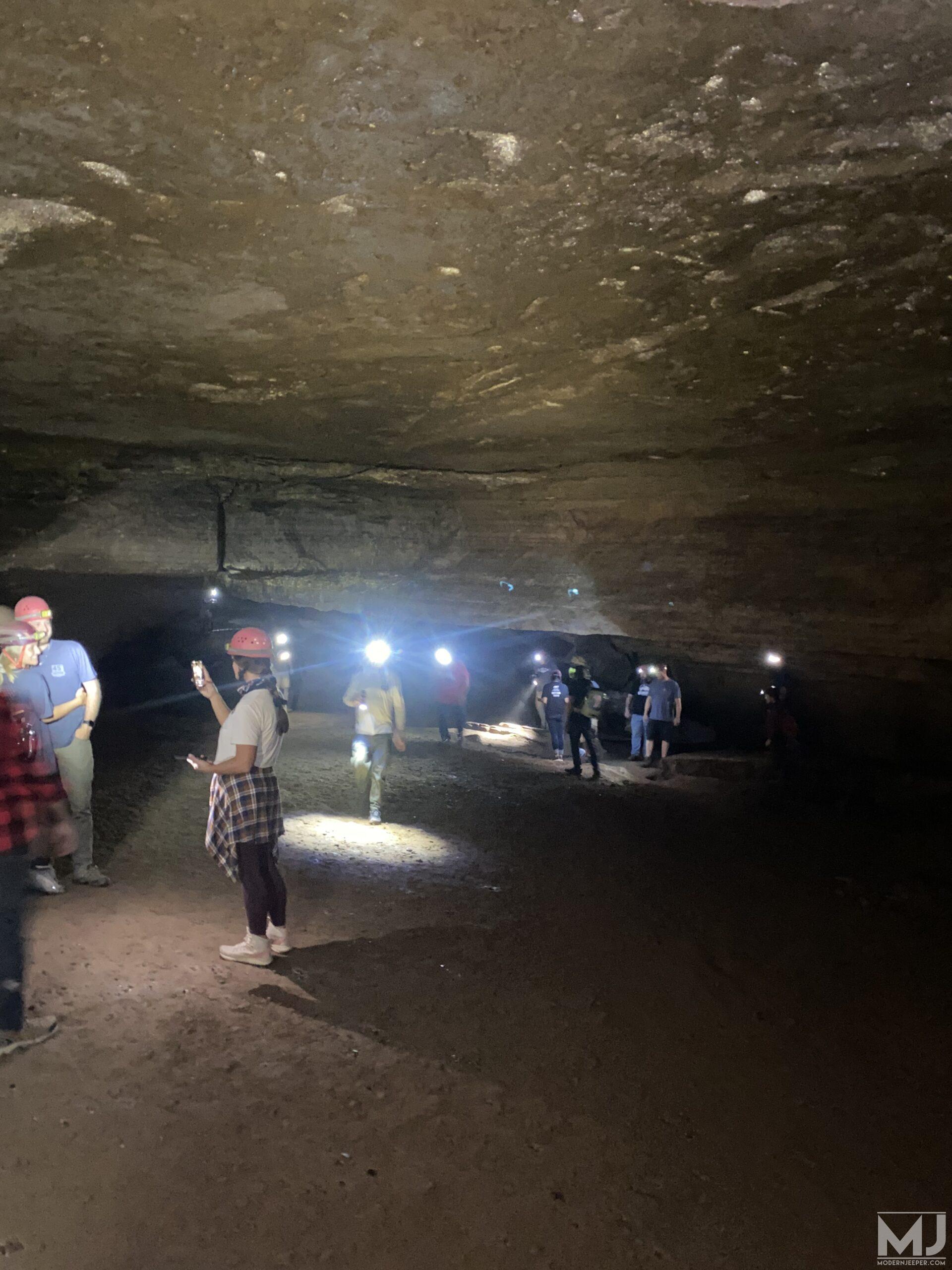 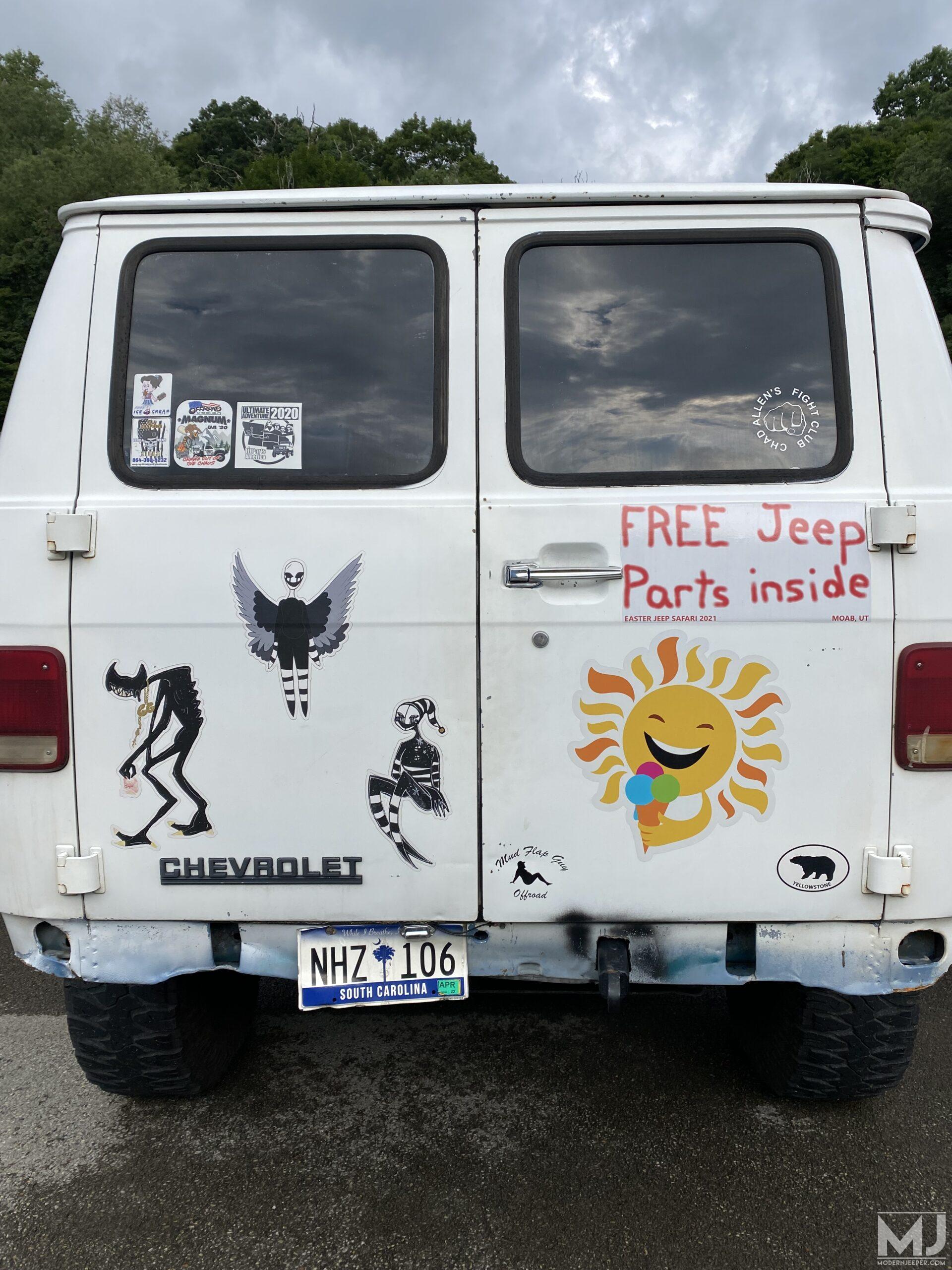 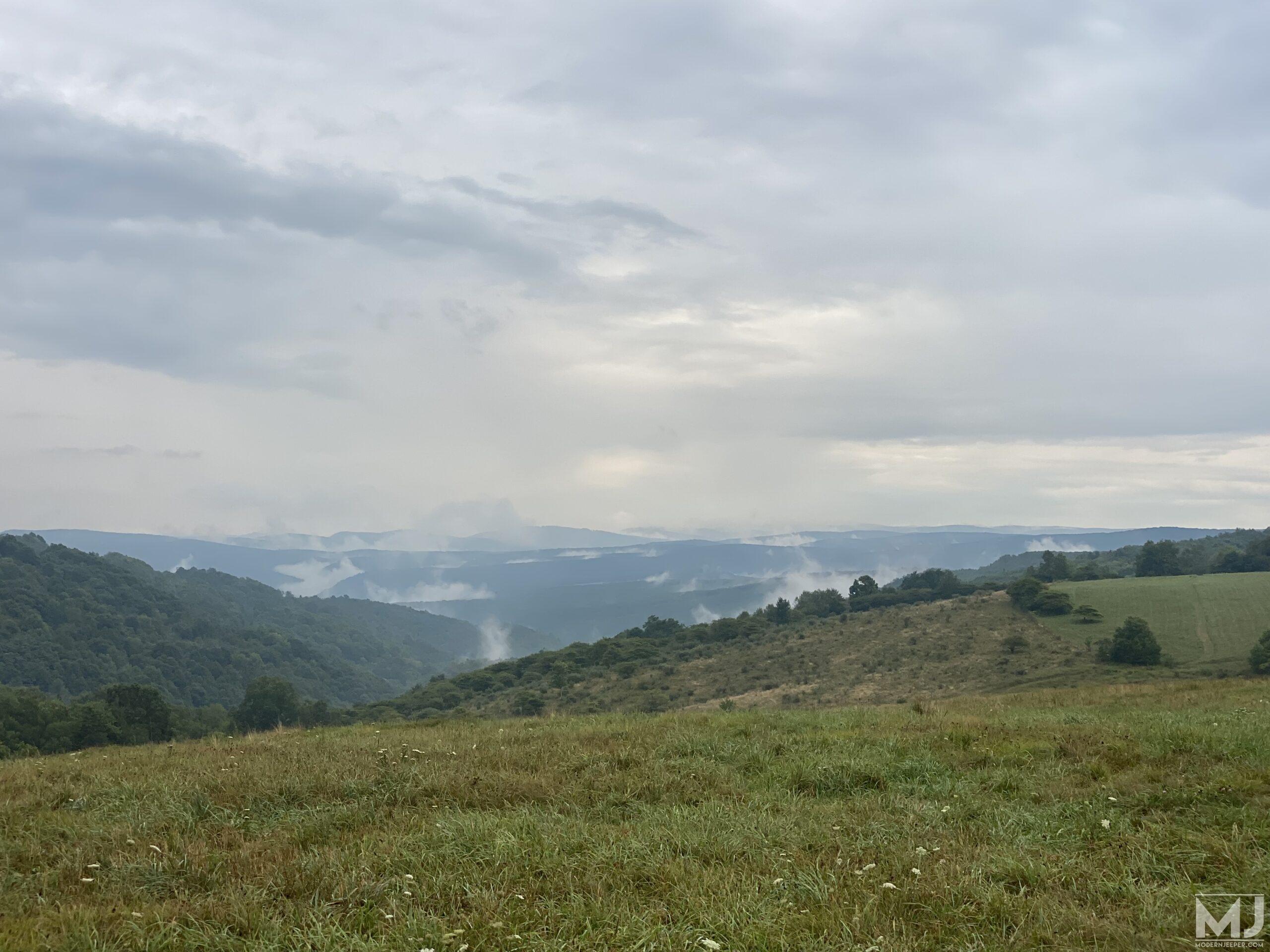 Stay Tuned for Part 2 and 3 of our epic adventure.