Death Wobble4 jk wrrangler1
HANGING ON FOR DEAR LIFE — IN DEATH WOBBLE! Many ModernJeepers have experienced “death wobble” or know someone who has.  It’s scary!  And in...

HANGING ON FOR DEAR LIFE — IN DEATH WOBBLE!

Many ModernJeepers have experienced “death wobble” or know someone who has.  It’s scary!  And in fact it can be super dangerous to the driver and passengers.  Our friends at ExtremeTerrain define it for us: Death wobble is a rapid oscillating in your steering components and results in your steering wheel moving very quickly from side to side. It is actually possible to have death wobble in ANY vehicle with a solid front axle.

A class action lawsuit against FCA/Jeep has hit the airwaves and has been around for some time.  Lately it is getting more buzz, so we decided to delve into this for you and provide some common sense advice and updates.

Now in respect to good journalism, this is old news to some; is an isolated case; and FCA has not even been served yet.  So we can’t expect them to comment or respond in any way until we (and they) can lay their hands on a court document of some sort. 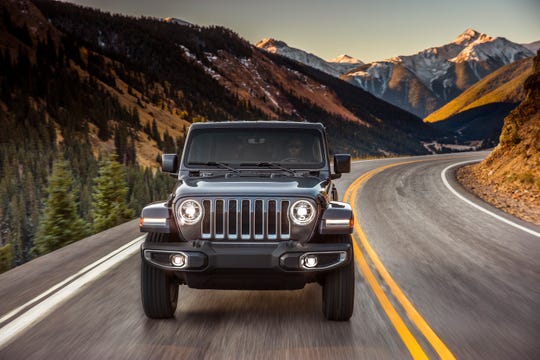 And ModernJeepers know that no manufacturer in their right mind would allow design parameters that would result in something like “death wobble.”   Nonetheless, because the air waves are lit up with the lawsuit thing, we bring you this news.

According to our friends at The Detroit News:

“Fiat Chrysler Automobiles faces a class-action lawsuit over an alleged “death wobble” involving 2015-2018 Jeep Wranglers with a solid front axle that the suit says can cause the steering wheel to shake violently at highway speeds.

The lawsuit, filed Wednesday in Detroit’s U.S. District Court for the Eastern District of Michigan, alleges Fiat Chrysler had knowledge of the issue: “Rather than address it — or disclose its possibility and/or warn drivers at the point of sale — FCA simply claims in a news article that the ‘Death Wobble’ is not a ‘safety issue’ and that it ‘can happen with any vehicle that has a solid front axle (rather than an independent front suspension), such as the Wrangler.’”

FCA U.S. said it has not been served with the lawsuit and cannot comment on its allegations at this time. “We note, however, that any manufacturer vehicle equipped with a solid axle can experience steering system vibration and, if experienced, it is routinely corrected,” the automaker said in a statement.”

The suit goes on to say:

“The so-called “death wobble” occurs because the solid front axle cannot absorb bumps and vibrations as efficiently as a vehicle with a front suspension that allows each wheel to move independently. It says the front suspension and steering components can be jarred out of equilibrium.Drivers experience an “uncontrollable side-to-side shaking of a Jeep’s front-end steering components and – by extension – its steering wheel,” the suit alleges.”

The lawsuit, which was filed on behalf of Claire Reynolds, a New Jersey resident who owns a 2018 Jeep Wrangler Unlimited Sport 4 x 4, accuses the company of offering drivers a “Band-Aid fix” in the form of replacing the steering damper if the vehicle is under warranty.

The suit claims the problem will ultimately return and can only be remedied by substantial revisions and repair to the suspension. Reynolds claims the damper was replaced three times in six months and the Jeep’s front end still shook.”

As we mentioned, any solid axle front end vehicle can experience death wobble under the right circumstances.  And if you hit the right pot hole with ball or loose ball joints, tie rod ends or control arm components, you might get the shakes!  Steering knuckles, steering stabilizers and suspension bushings in general can be the culprit, in the right situation.   Every vehicle and build is different.

Our friends at ExtremeTerrain.com offer this great video explanation:

The lawsuit seeks damages for affected drivers in the form of a buyback program that requires FCA to pay drivers for defective vehicles and compensation for the loss of value to the vehicles. It also wants drivers to be provided with replacement vehicles while their repairs are pending.

The lawsuit also seeks punitive damages “for FCA’s knowing fraud that put drivers and members of the public nationwide at risk;” calls for regulators to order the company to issue a recall.

We hope you understand how lawsuits work and that anyone can file one. We will follow this lawsuit and let you know how it makes its way through the legal system.  In the meantime, keep your junk tight!