Of all the places we have visited, the Walter P. Chrysler Museum was truly a unique and wonderful experience. Although the museum is no...

Of all the places we have visited, the Walter P. Chrysler Museum was truly a unique and wonderful experience. Although the museum is no longer open to the public, it is still used for special events and FCA gatherings.

The 55,000-square-foot museum features three floors of more than 65 antique, custom and concept vehicles interspersed with interactive displays and historical exhibits that tell the story of the automaker’s contributions to automotive design, technology and innovation, as well as the automobile’s impact on American culture.

The Museum opens to a two-story atrium in which a rotating tower majestically showcases the automaker’s iconic concept vehicles. From the atrium flows two floors of distinctive exhibition galleries and access to the garage-like atmosphere of the lower level.

The first floor traces the industry’s first 50 years from Chrysler’s perspective – both the man and the company. Rare vehicles date back to the early 1900s and a timeline wall details the key executives and predecessor companies that played a key role in the company’s evolution. The vintage collection includes such historic marques as DeSoto, Hudson, Nash, Plymouth, Rambler and Willys-Overland. a 1928 Chrysler Model 72 Roadster LeMans replica, 1941 Chrysler Town & Country barrelback and 1955 Chrysler 300 Sport Coupe are displayed proudly.

The second floor continues Chrysler’s story, beginning with the introduction of the first HEMI® in 1951 and spotlighting the automaker’s design, engineering and marketing successes. Exhibitions illustrate decades of vehicle styling brilliance, the electronic age of transistors, Mopar® Muscle, turbine technology, the family transportation revolution and leadership in safety and fuel economy. 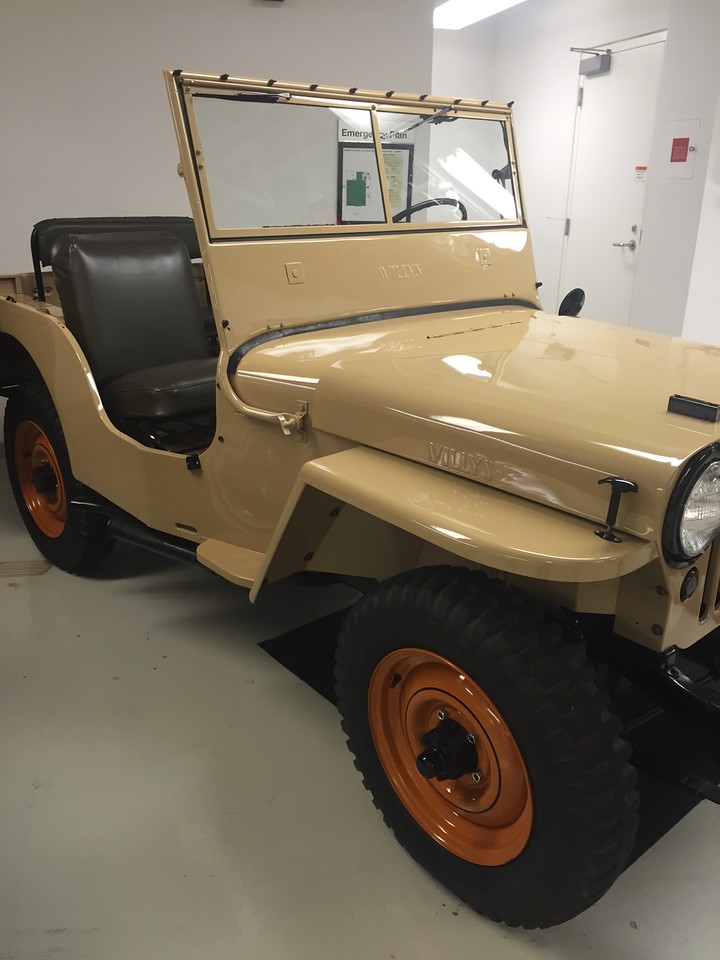 The lower level, called “Boss Chrysler’s Garage,” houses dream machines from the ’60s – ’70s, including classic and muscle cars from the heyday of cruising to one-of-a-kind record-setting race vehicles. The Garage also features a series of Jeep® vehicles and trucks as well as an eclectic sampling of vehicles from the Chrysler collection.

Originally established as a division of Chrysler, the Walter P. Chrysler Museum opened October 5, 1999. It documents the cars, the people, the processes and the contributions made by Chrysler and its forebears to the development of the automobile.

The Museum covers 10 acres at the southeast edge of the Chrysler Headquarters Complex in Auburn Hills, MI. The building was designed by Giffels Associates, Inc., an architectural and engineering firm in Southfield, Mich. Ground was broken for the Museum on November 19, 1996.

The following excerpt was taken from Britannica.com about Walter P. Chrysler:

In 1908 Chrysler bought his first car, the Locomobile. He had fallen in love with the sleek vehicle when he saw it at the Chicago Auto Show, but its $5,000 price tag was far above his means. He had only $700 in savings and a family to support, and he did not know how to drive. But, unable to get the car out of his mind, he borrowed $4,300 to make the purchase and had the car shipped home by rail. Before he even figured out how to drive his new possession, Chrysler spent time studying its mechanical system, taking it apart and putting it back together again, until he knew it through and through. 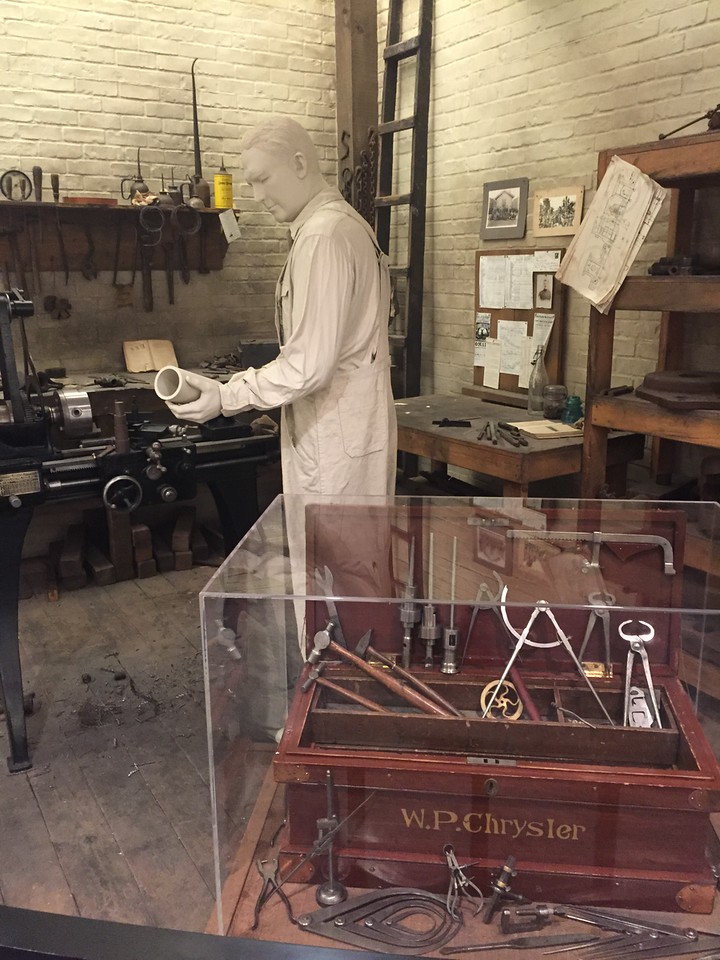 Walter P. Chrysler was raised at the intersection of prairie life and locomotives where his early fascinations with machinery and engineering would influence his work ethic, career path and ultimate rise in the automotive industry. He was a self-taught, intuitive engineer and self-made man. His hands-on work in the railroad industry gave him the foundation to be a reliable, efficient and skilled laborer at Buick where he worked his way up to President of the company. Walter P. Chrysler was recognized as the “go-to guy” whether on the assembly line or in his executive office and surrounded himself with creative and innovative teams who strived to produce cars that blended style, performance and affordability. The history of Chrysler—the man and the company—is a story in which the focus and determination of Walter P. Chrysler spurred quality engineering and ingrained a sense of style and pride in the products he and his team created. This personal history, and Walter P. Chrysler’s ability to select and cultivate leaders, made Chrysler what it is today and this heritage helps illuminate the company’s way forward.

Thanks to http://www.wpchryslermuseum.org for providing the great content about the Museum.

To view all the pictures on SmugMug: Smugmug Page