Offroad Racing4
All of us at ModernJeeper, Metalcloak and Cloakworks4x4 support our military, active duty and veterans wholeheartedly. So when an already amazing off-road motorsports race...

All of us at ModernJeeper, Metalcloak and Cloakworks4x4 support our military, active duty and veterans wholeheartedly. So when an already amazing off-road motorsports race like The Mint 400 adds a Military Challenge, we are stoked!  This race will raise a new awareness to our military and their families.  We can’t wait for this race! 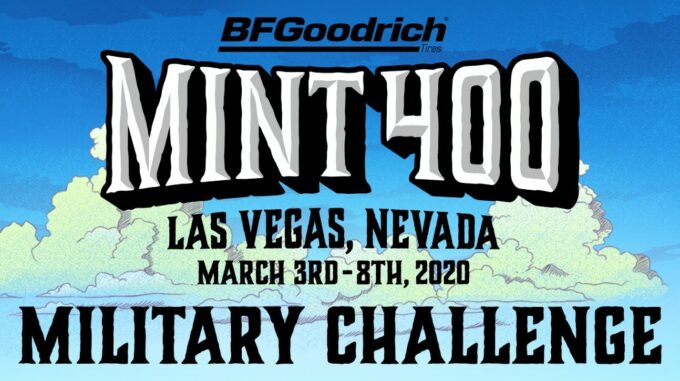 Here are the highlights of this incredible (and fun) race:
→• Four of the five branches of the United States Military to race The 2020 Mint 400.
→• Veterans and active duty military will race together in a ‘race-a-thon’ format to raise funds for the Foundation supporting their military branch.
→• The Mint 400 Military Challenge is designed to raise awareness and funds for non-profit foundations providing support to military veterans and their families.
→• The Mint 400 Military Challenge to highlight that the military has been a part of the DNA of American off-road racing since the beginning

The Great American Off-Road Race™ announced today the launch of The Mint 400 Military Challenge, with the goal of raising awareness and financial support for military veterans and highlight the military’s ongoing involvement in off-road culture.

Four of the five branches of the United States military will each have their own off-road race vehicle with active duty military and veterans racing for their specific charity that focuses on the needs of its active duty members and veterans alike.

The Mint 400 folks have created a public facing “race-a-thon” where companies and the general public can donate to the branch of their choice for every one mile completed, providing a competition that people can actively participate in even if they are not at the race.

All active duty and veterans are encouraged to get behind their branch team and participate by sharing info or donating monetarily.

The Mint 400 Military Challenge is supported by Zero One Off-Road, who will be fielding all the vehicles, and Oak Grove Technologies, who has already committed $20,000 in financial support.

Companies looking to get involved can sponsor a car, actually come out and race with the team of their choice or simply donate.

In addition to the Marine, Navy, Army & Air Force vehicles, any teams with active duty service members or veterans are invited to be a part of the Military Challenge.

Warfighter Made will be fielding two vehicles in challenge to raise funds and awareness for wounded veterans. Warfighter Made is a 501(c)3 veterans charity that provides recreational therapy to ill, injured, and combat wounded service members and veterans.

Warfighter Made will enter a UTV piloted by wounded veterans and a vintage military vehicle in the vintage class.

According to the Founder…

“The military is part of the DNA of off-road racing culture. Some of the first racers who made the original Baja Peninsula run in 1967 were World War II vets who wanted to challenge themselves. In fact, The Mint 400 was founded by military veterans,” said Mint 400 CEO, Matt Martelli.

“Many veterans and active duty military have since raced and been on race teams. Our goal is to highlight that involvement and give back to the men and women who are still sacrificing for our country. We need to take care of those who take care of us.” added Matt.

The idea of The Mint 400 Military Challenge grew out of United States Marine Jody Lynch and UFC fighter Josh Koschek’s participation in the 2019 Mint 400. The team successfully raised over $20,000 and were all inspired to do the same thing for foundations from each branch of service.

Along with their support crew from Zero One Off-Road and The Martelli Brothers, Lynch sees the potential to build on the successful fundraising campaign for the Marine Raider Foundation. 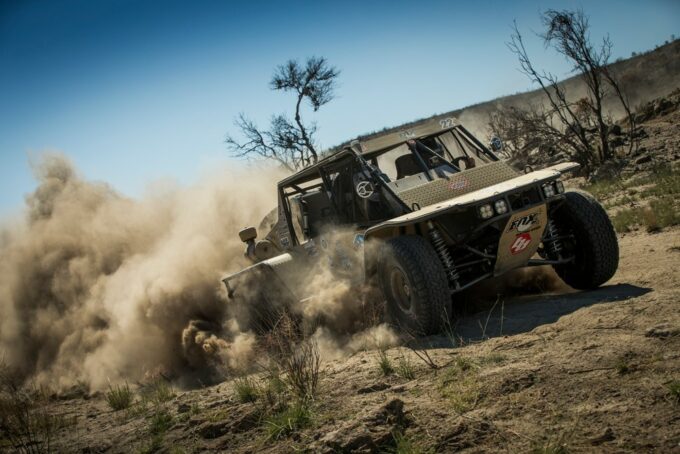 “I have done many things in my life, including serving in combat, and just like many of my fellow service members I constantly crave that sense of team driven and challenging work,” stated Col. Jody Lynch.

“To our veterans that have since retired or transitioned from active duty, I fully understand the need to be involved in team events where accountability to self and teammates is a must. Off-road racing gave me the opportunity to identify the similarities between team bonds forged in combat and understand how our active duty and veterans can fill that need to be a part of a mission focused team. What better way to do so then to connect our competitive and driven communities to raise funds and awareness for brothers and sisters who need such opportunities to assist them in moving forward and crushing life,” concluded Jody.

Matt Martelli added: “If you are a company, this is your opportunity to cut through all the red tape and donate directly to a military charity that is proven effective. If you are an individual who wants to donate we will have a page on themint400.com that you will be able to donate shortly. Now is the time to get involved and support your American brothers and sisters who have sacrificed so much for this great country! ”

More information will be coming in the coming months.

About The Mint 400
Known as “The Great American Off-Road Race™,” The Mint 400 is the most celebrated, prestigious, and challenging off-road race on the planet. This annual four-hundred mile marathon between the top off-road racers in the world includes over four hundred and fifty race teams in twenty-four different classes of off-road vehicles.

Established in 1968, The Mint 400 is steeped in American lore. Thousands of racers and celebrities from around the world have attempted to tame the brutal Nevada desert, but less than half of them have ever finished the Mint. An entire week of events lead up to the famed off-road contest in and around Las Vegas, including a vehicle parade down the Las Vegas Strip, a drivers meet and greet, a pit crew challenge contest, the Miss Mint 400 beauty pageant, massive parties, a qualifying race, and a huge ten-block “contingency” gathering on Fremont Street East. Over forty-thousand spectators gather to watch the world’s best off-road race teams do battle at The Mint 400!

About Mad Media
Established in 1995, Mad Media is a San Diego based marketing and creative agency, specializing in adrenalized film and television production. Owners Matt and Josh Martelli have spent over two decades crafting authentic, culturally engaging brand messages in print, web, photography, and film platforms for some of the worlds top brands including Red Bull, BFGoodrich Tires, and Polaris Industries. Mad Media’s viral film projects, such as the Gymkhana series and XP1K series, have been viewed hundreds of millions of times. From their early days as pioneers of branded viral video content for skateboard companies Osiris and Expedition, to their most recent work spreading the gospel of off-road racing with the world famous Mint 400, Mad Media remains a powerhouse pioneer of digital media.