UPDATE: 10/6/18: FCA has announced that the recall will affect approximately 18,000 vehicles. Their conservative estimate is that less than 800 of those may...

UPDATE: 10/6/18: FCA has announced that the recall will affect approximately 18,000 vehicles. Their conservative estimate is that less than 800 of those may have the issue with the track bar bracket.

Fiat Chrysler has initiated a Recall that includes a rare Stop-Sale order to Jeep dealers for the 2018 – 2019 JL Wrangler. According to documents secured by JLWranglerForums.com, the recall is for faulty welds at the front track bar bracket.

The JL Wrangler has been notorious for bad or ugly welds. On our own 2018 2-Door, we found what was obviously bad hand welds including 4-passes over the track bar bracket… the same bracket that FCA has found reason to issue the Stop Sale order. 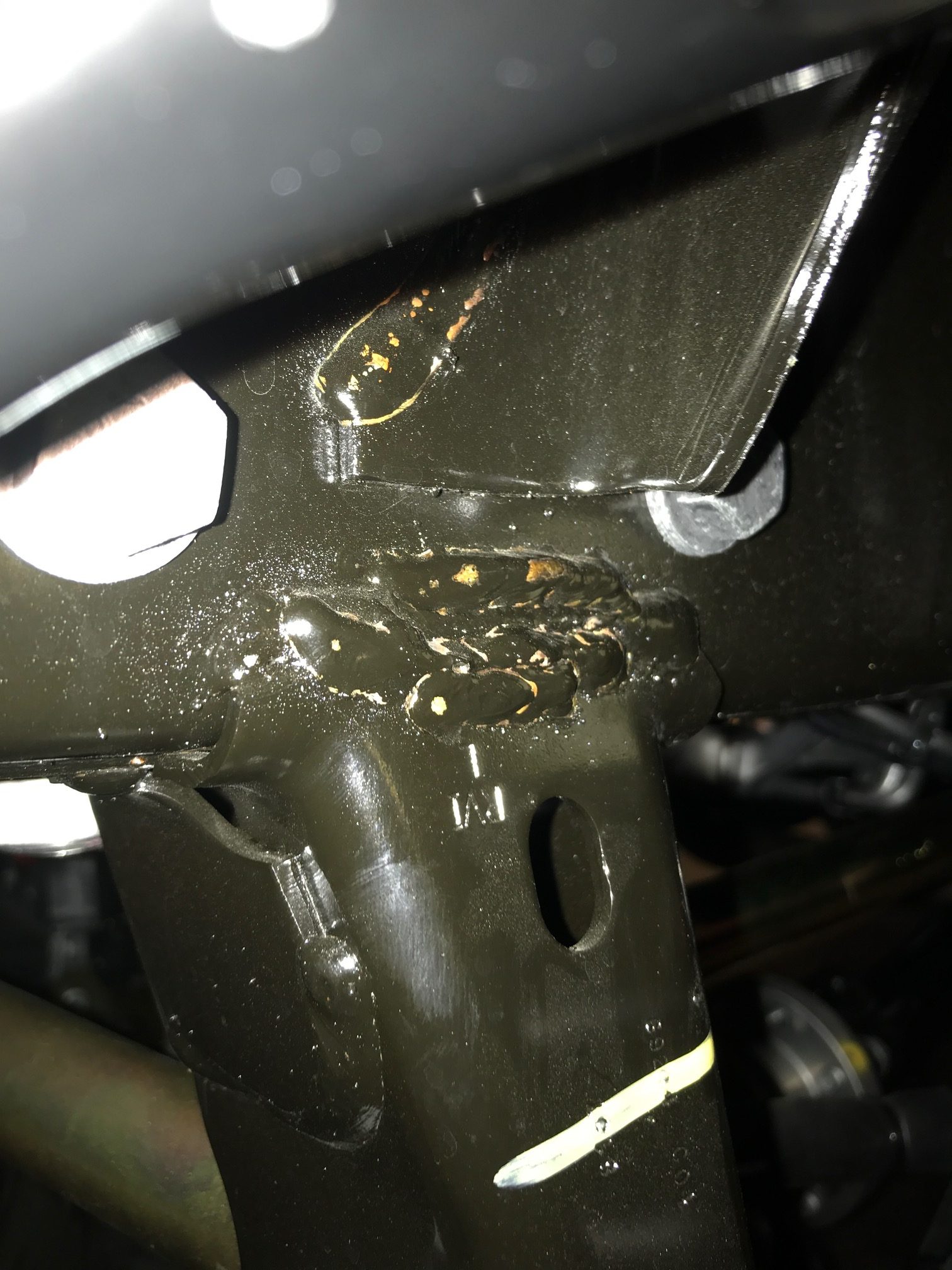 Our own JL has four sloppy passes on the weld of the track bar bracket.

A Stop Sale order shows the seriousness that FCA is taking with this recall. Per the order, dealers are not to sell any JL Wranglers until the track bar is inspected and fixed.

Track bar failure is serious. If it should become disconnected in any way, it can result in steering failure and a potential deadly accident.

This video, posted on YouTube by JL Wrangler owner Bret Stevens shows the weld that is identified by FCA as being “off the seam potentially resulting in the bracket separating from the frame”.

This is not the only weld failure we’ve seen on the JL and, we imagine, it won’t be the only recall.

If you would like to know whether or not your JL is on the recall list, you can search using this link on the Mopar site: https://www.mopar.com/en-us/my-vehicle/recalls/search.html 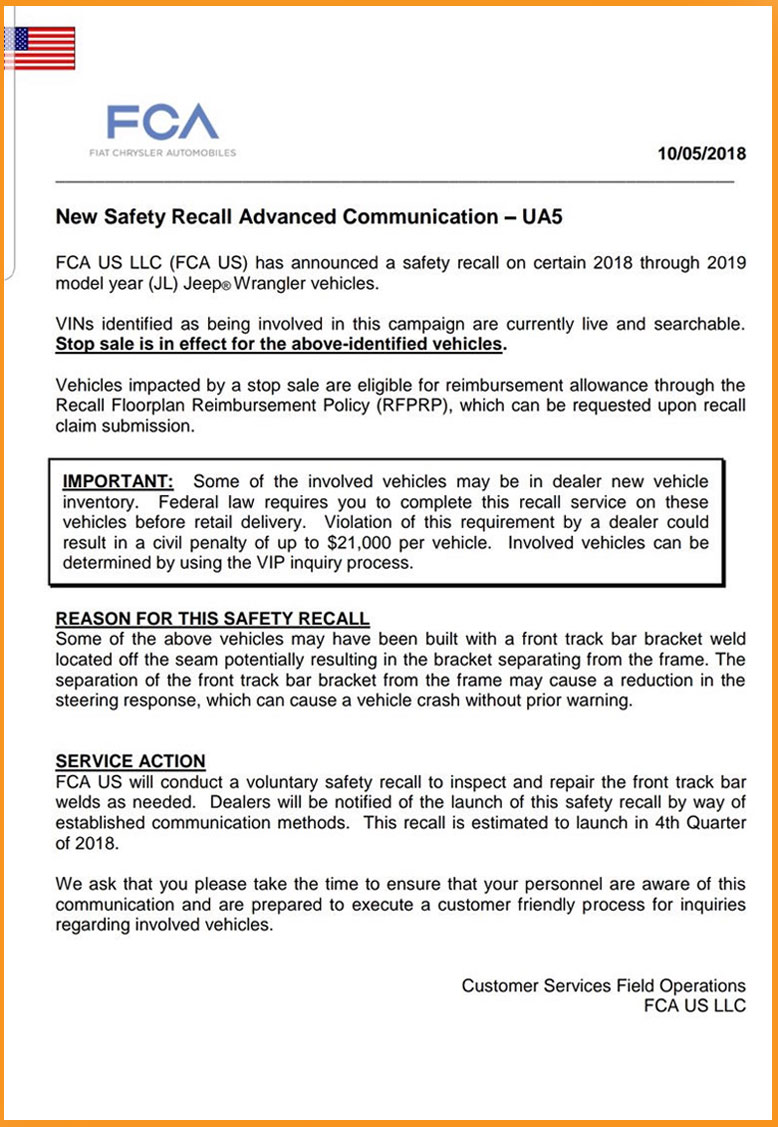