Shocking! Erosion is a Beautiful Thing

erosion1 geology1
The Jeeping lifestyle hinges on things to see and places to go.  Today we flashback on this article from last year by Del Albright...

The Jeeping lifestyle hinges on things to see and places to go.  Today we flashback on this article from last year by Del Albright about how Mother Nature created such a vast array of “things”  for us to see — and how we need to ensure we have responsible access to now and in the future.

When I wrote this, I had just returned from a marvelous visit to southern Utah and several National Parks. I couldn’t believe how beautiful erosion could be. Yes, erosion.

This area of the United States has been eroded over time to some of the most spectacular scenery I’ve ever experienced.  Many ModernJeepers have enjoyed Moab, Utah for Easter Jeep Safari, enjoying what basically is “erosion.” But think about how we perceive that word today: erosion.

The beauty of Nature caused by this ugly word…

It seems we’ve tweaked words in different directions these days than they were originally meant. Now erosion supposedly needs mitigation, yet some of our most treasured national parks were formed by erosion. Death Valley, the Grand Canyon, Bryce Canyon NP, Zion, Cedar Breaks, Arches National Park, etc. were all caused by wind and water erosion. 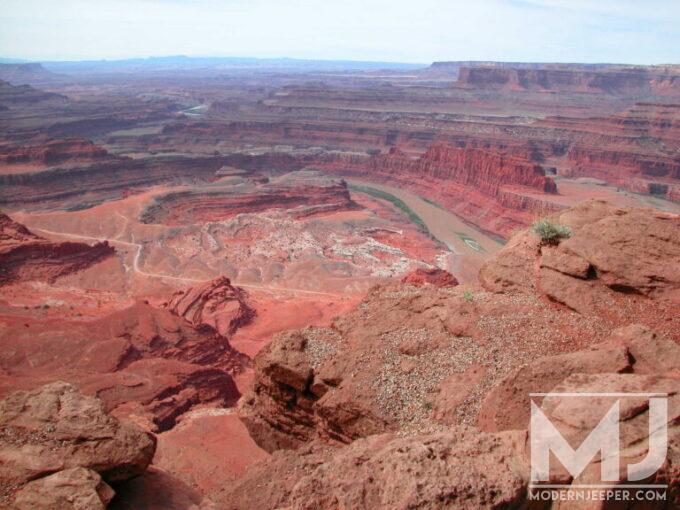 The Canyonlands of the Grand Canyon from Deadhorse Point State Park, Utah

Yet, ask some of our self-proclaimed “environmentalist” friends, and you’ll hear the bad things about erosion. Interesting. What about the beauty of nature’s own creations?

Radical protectionists or anti-access folks are names that better fit the folks who run around spouting book-learned ecology and advocating excluding us from our public lands. It’s unfortunate that the anti-access folks get the attention they do; but that brings me to another word that’s been misused: access.

Access means passage and freedom of entry. It does not mean entry for only those who recreate by non-motor means. It should mean access for all. It should mean sharing our public lands and sharing our trails — for all users. In my opinion, it should not mean a mandatory ride on a shuttle bus to see our public lands for which we’ve already paid for and hired folks to manage.

I am certain of one thing. When you stand on a wind-swept sandstone formation that breaks off below you hundreds of feet down, you can’t help but behold the beauty of a word like erosion. But words like erosion, environmentalist, and access have all taken on multiple meanings these days. My suggestion to you is to ensure the words you’re speaking are the words your listener is hearing.

Read more on ModernJeeper about getting involved in your public lands here.

Enjoy the gallery of some fine erosion… 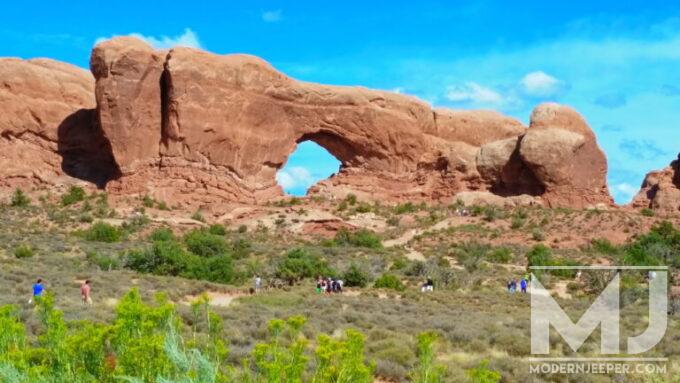 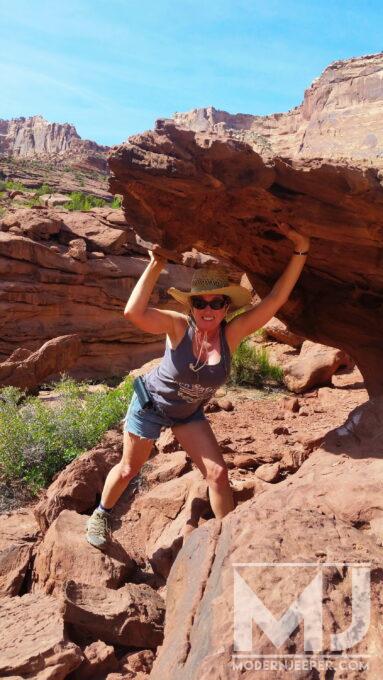 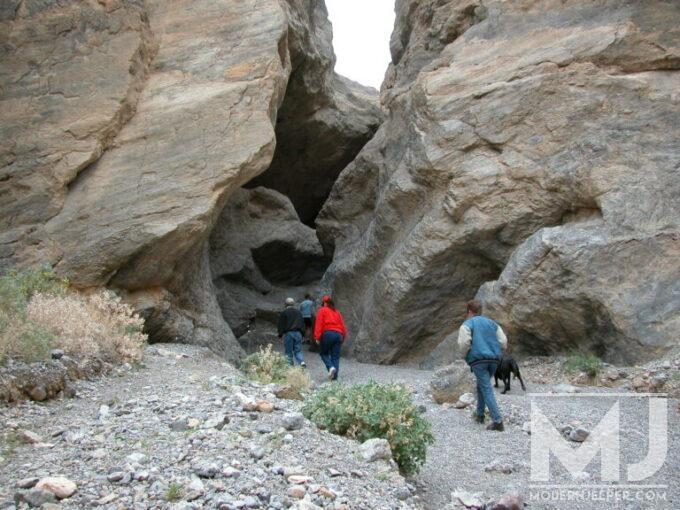 Water erosion in places like Death Valley is the main cause of the most interesting formations like grotto-filled canyons. 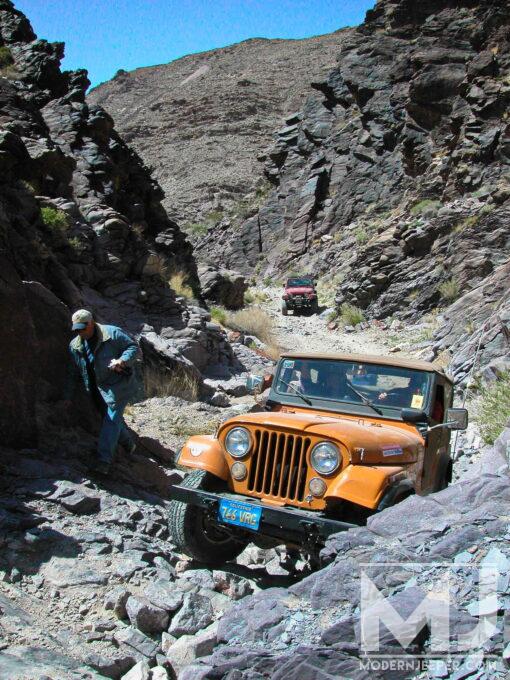 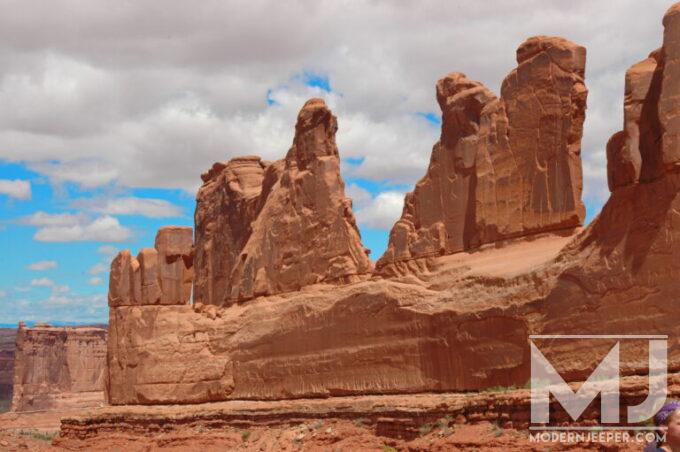 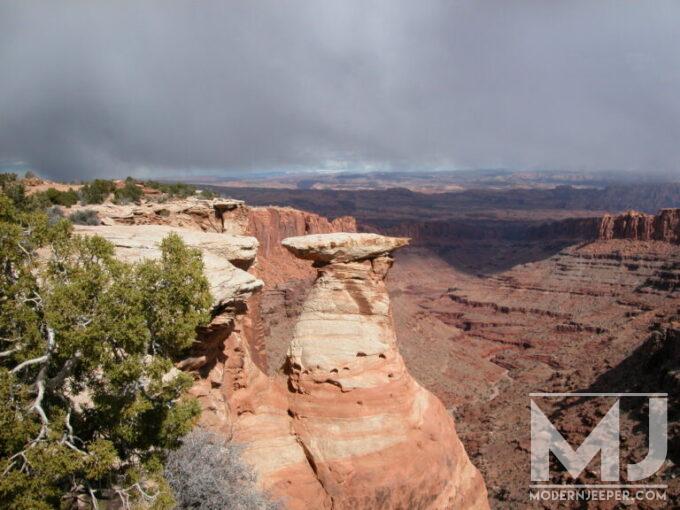 The famous “Balls” or “Jump Rock” outside Moab, Utah. 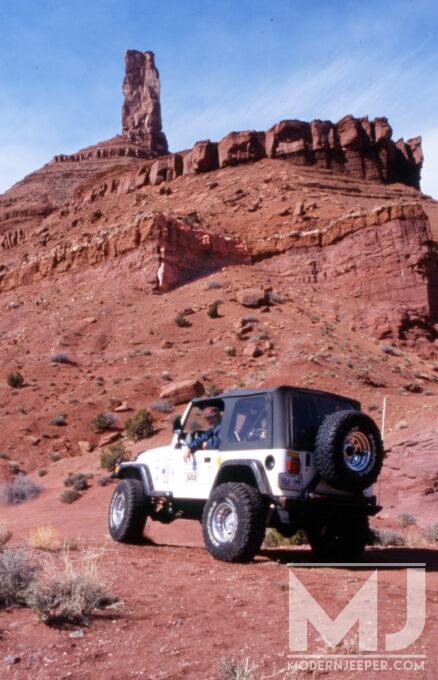 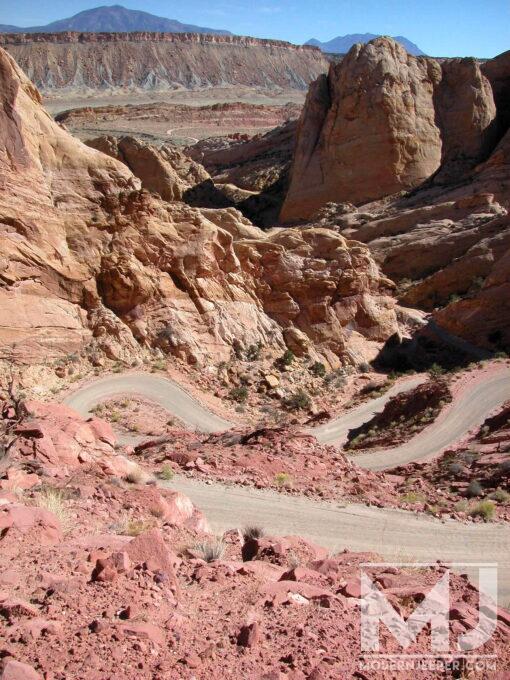 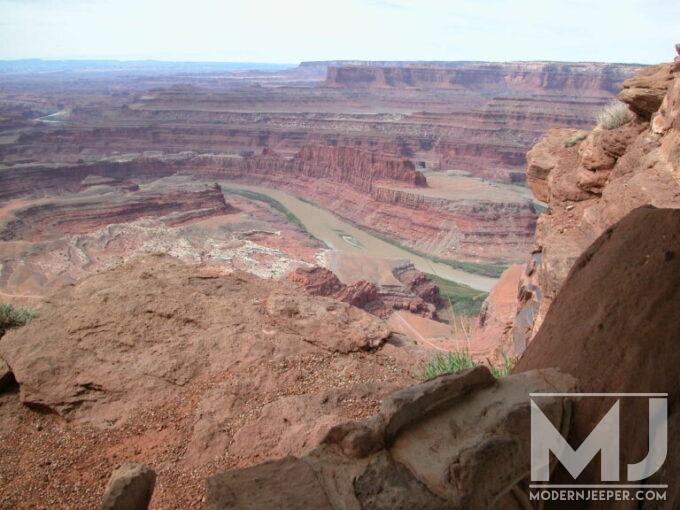 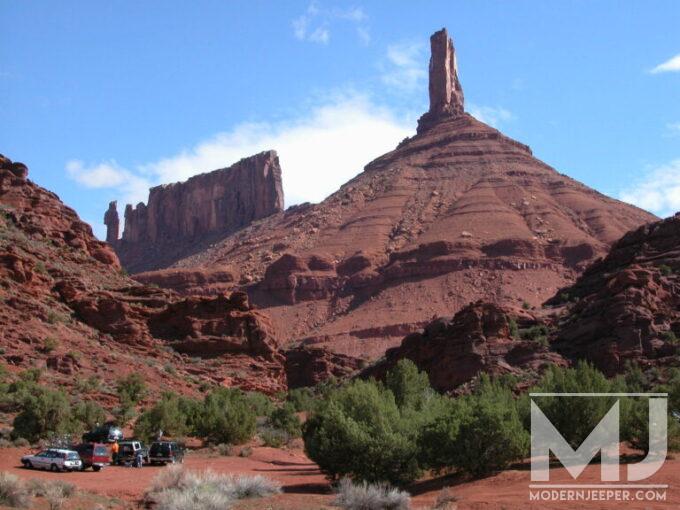 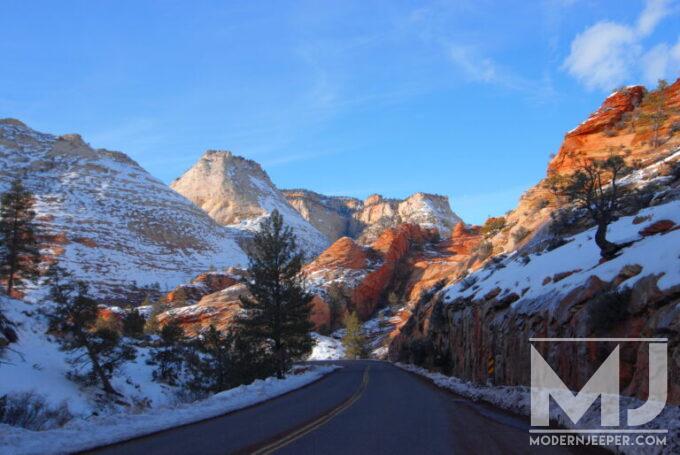 Zion National Park is unequaled in views of eroded rock and hillsides. 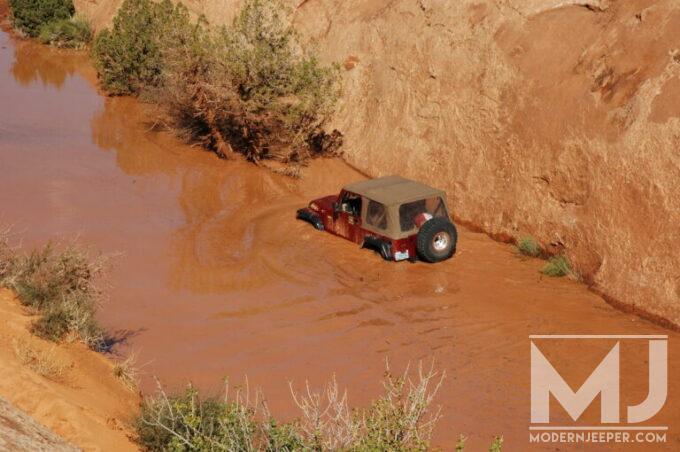 Too much runoff and cause more than just erosion. 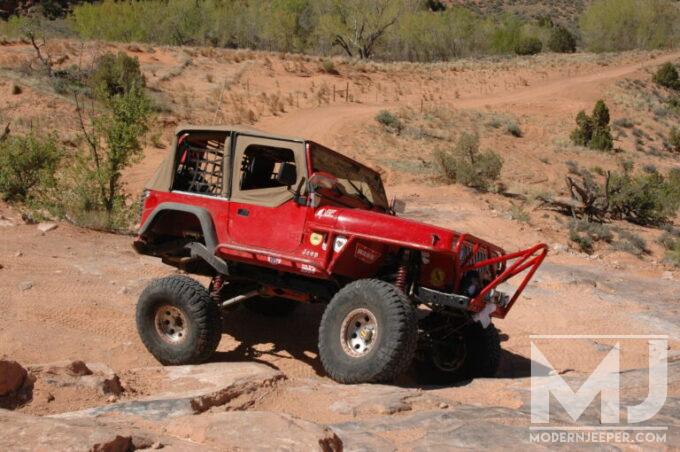 Exposed “slick rock” in Moab, Utah, from weathering and erosion. 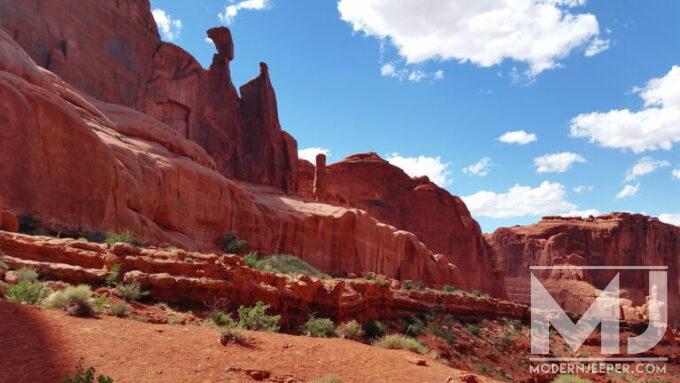 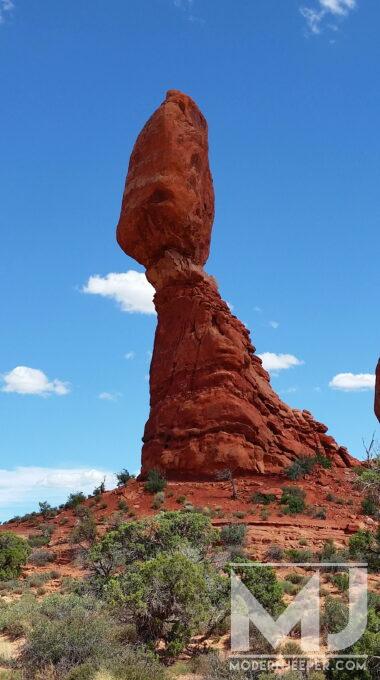 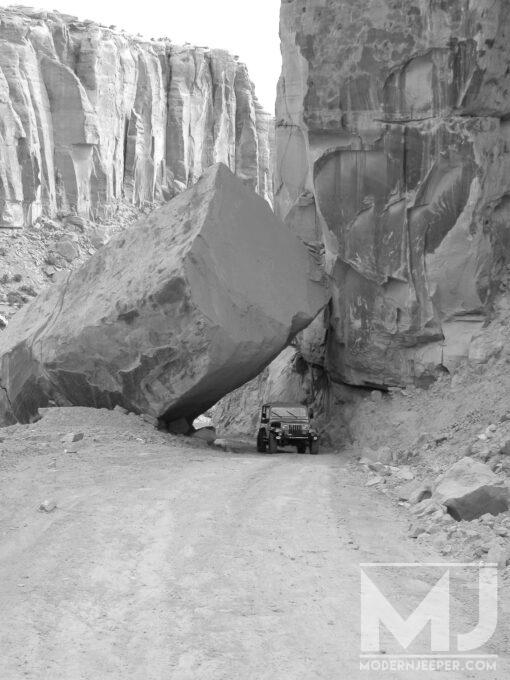 Weathering and erosion pulled this giant rock down nearly blocking the road. 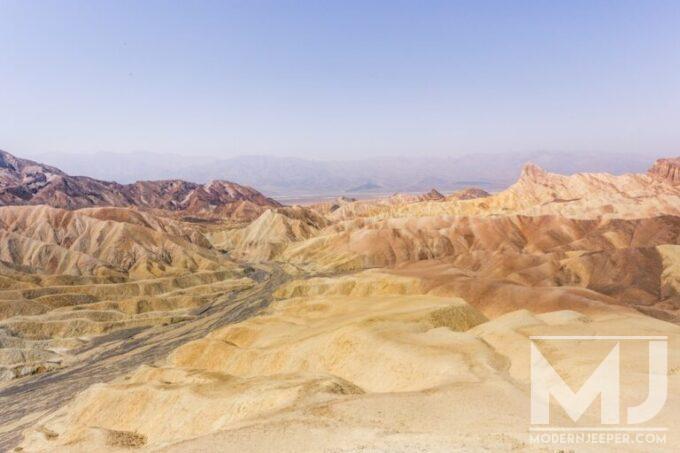 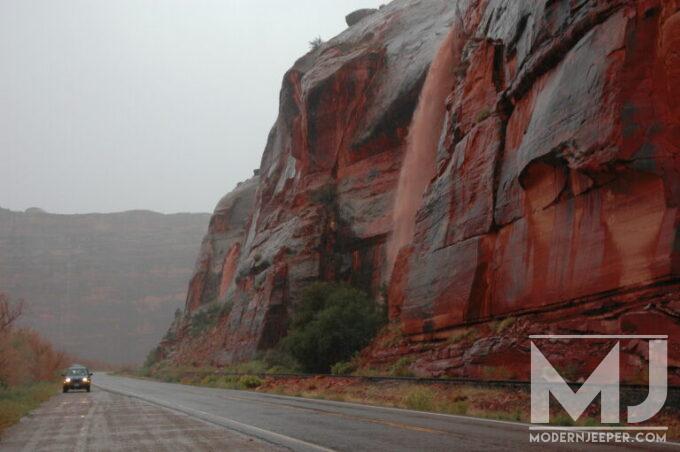 Be sure to take your family and friends to see some of America’s wonderful “eroded” areas and keep in mind how words get twisted as much as some canyon walls.