From the latest new products to custom trucks, cutting-edge car-culture trends and promoting diversity in motorsports, the SEMA Show continuously paves the way for automotive innovation. Imagine putting your entire Spotify playlist on shuffle and handing it to a friend. The end result would be fairly similar to your first day at the 2022 SEMA Show. Some things will be entirely expected, others a little more surprising. Some tracks will transport you back to an era long forgotten, and the rest will make you question why you even consider that person a friend.

And as always, sometimes just because you can doesn’t always mean you should. 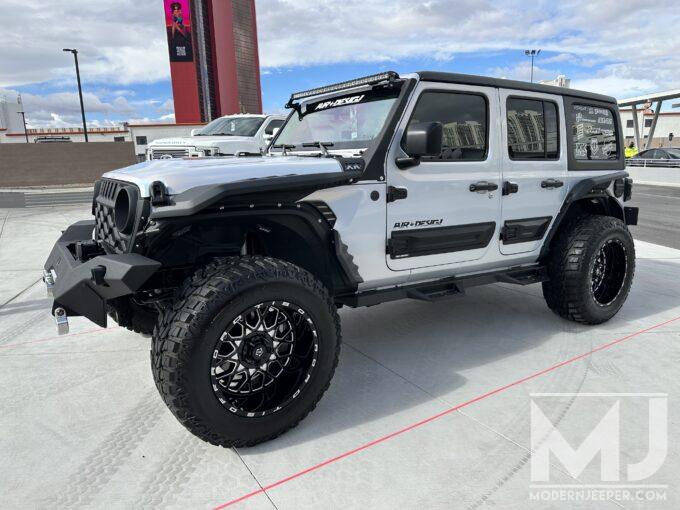 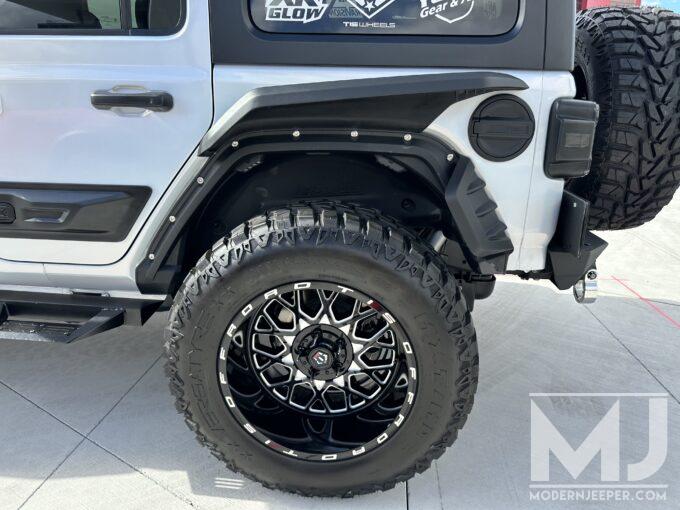 The SEMA Show is a reflection of the $51 billion automotive specialty equipment industry. Manufacturers rely on the show to debut their new products, which enhance the performance and styling of cars, trucks and SUVs. Buyers represent retails and businesses that are looking for new products that their customers will purchase. There were so many new and exciting products that will come out of the SEMA show. 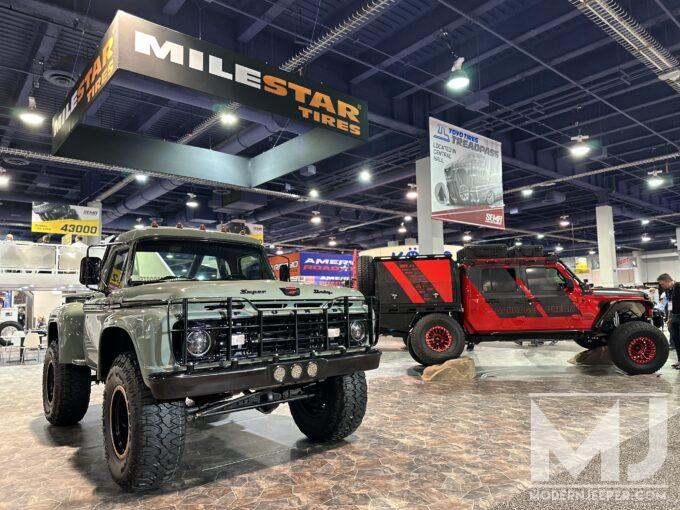 But how did the first SEMA start?  Well, fifty-five years ago, during a week in early January 1967, 120 members of the performance aftermarket set up 98 booths on the Stadium Club level of Dodger Stadium for what was billed as the First Annual High Performance and Custom Trade Show. More than 3,000 people attended the show and took part in numerous activities set up to complement the event, from an exhibitor’s banquet held at the famous Coconut Grove nightclub inside the Ambassador Hotel to guided tours of the area’s many performance parts manufacturers. Today the SEMA Show is a fixture in the performance industry. In 1966, it was just an idea. 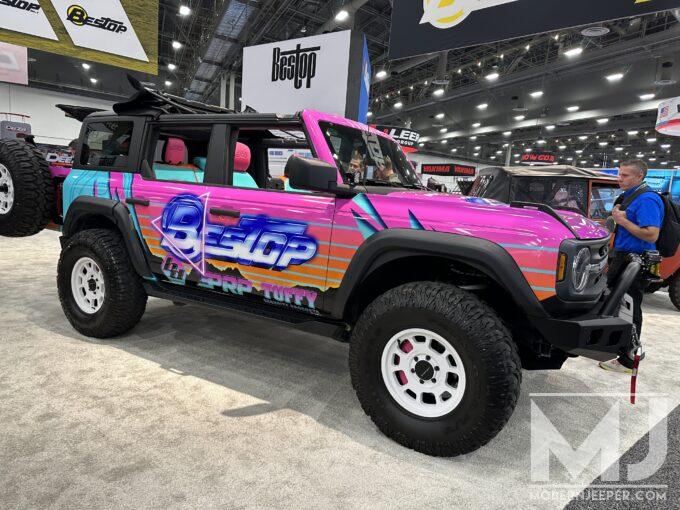 With Ford pulling out of the show this year,  there was a huge hole to fill.  No worries, The ford brand was loud and proud this year with all the bronco builds as the main highlight of the show.  Last year there weren’t very many broncos for the lack of ordered getting out and supply chain issues. There were no shortages this year!  For the first time in recent memory, neither Ford, GM, Honda or Hyundai had a corporate footprint at SEMA this year, although private entities proudly displayed new custom builds of nearly every brand and nameplate imaginable. “We are proud to support the automotive aftermarket industry and collaborate closely with its members,” Ford had said in an official statement. “However, we are taking a new approach to the SEMA show. Instead of our traditional display, we look forward to showcasing our winning portfolio of vehicles digitally online as well as at Ford events and shows.” Now it is huge and a “bucket list” show! Take a look at some of our favorite builds and products. 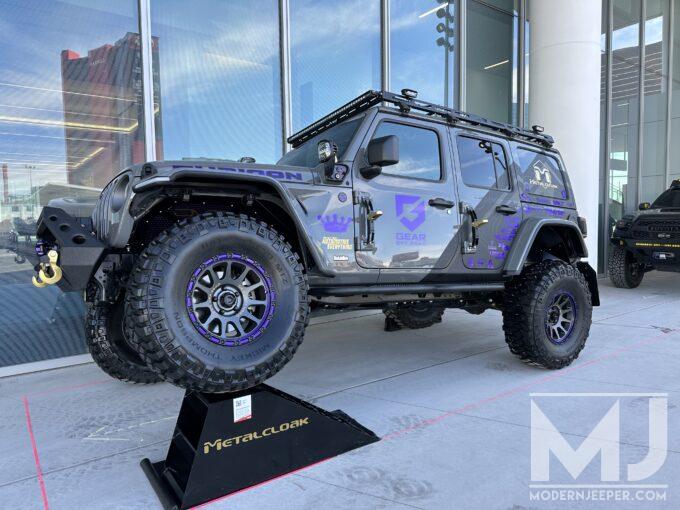 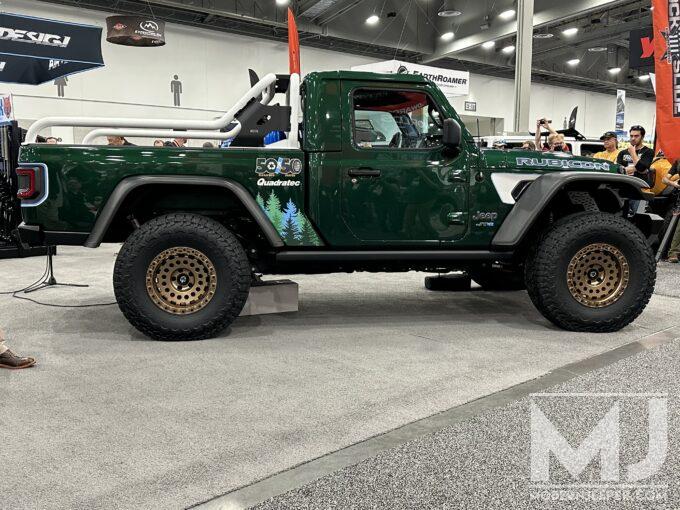 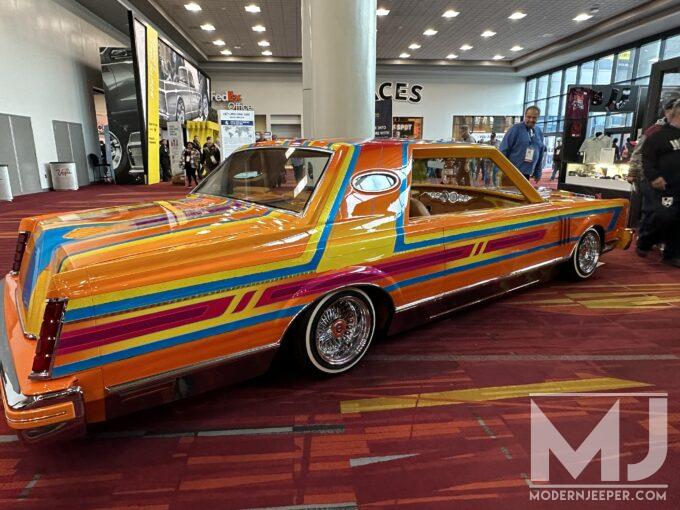 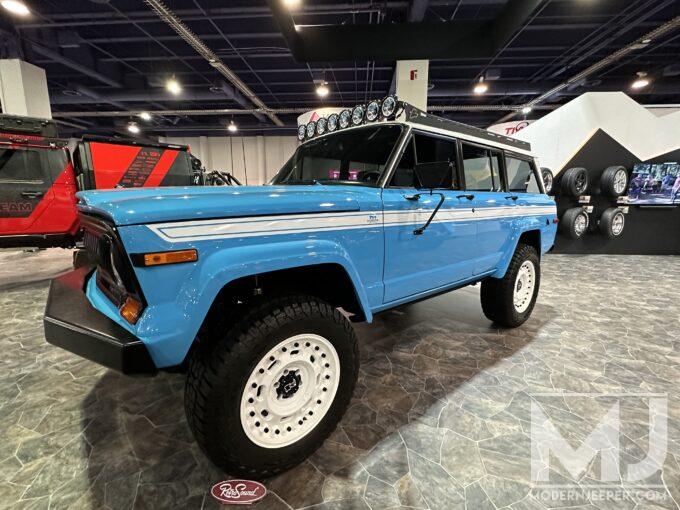 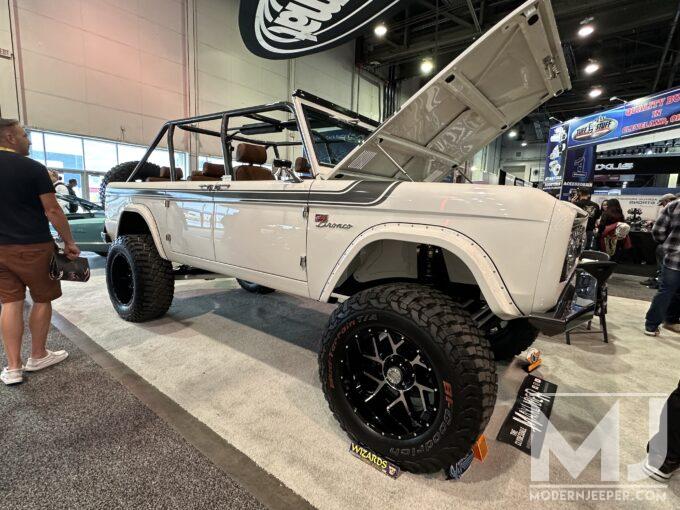 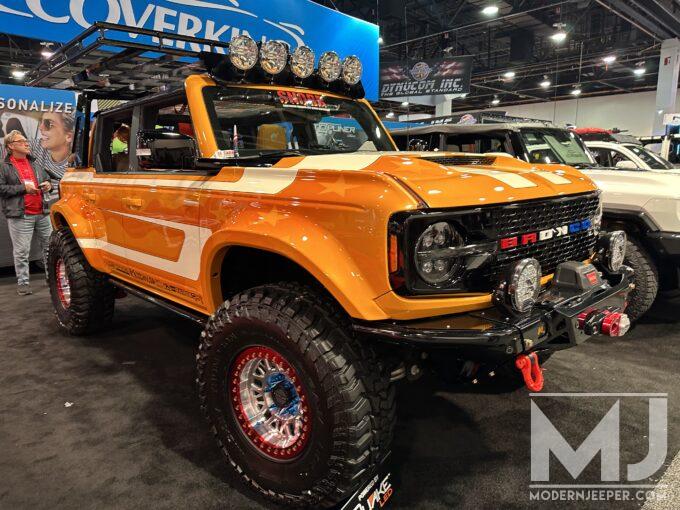 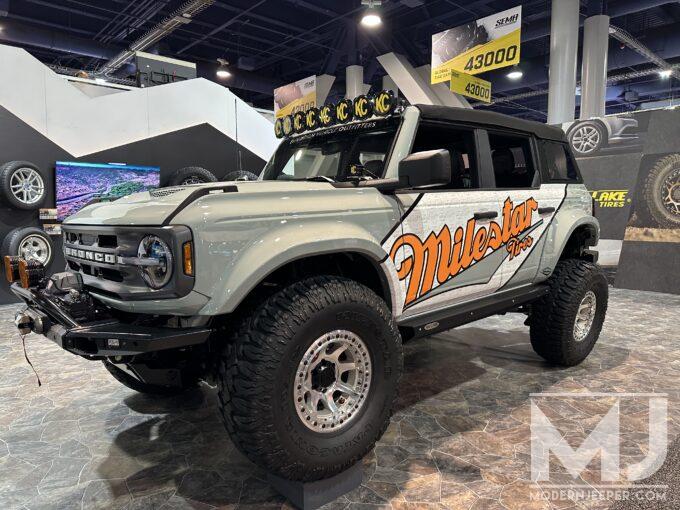 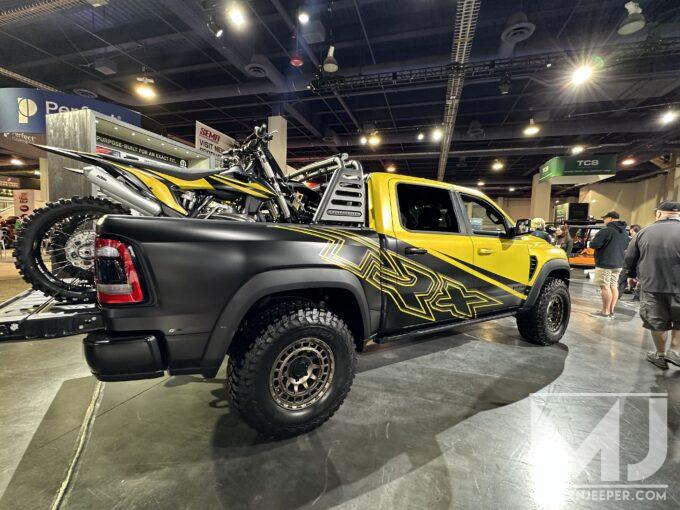 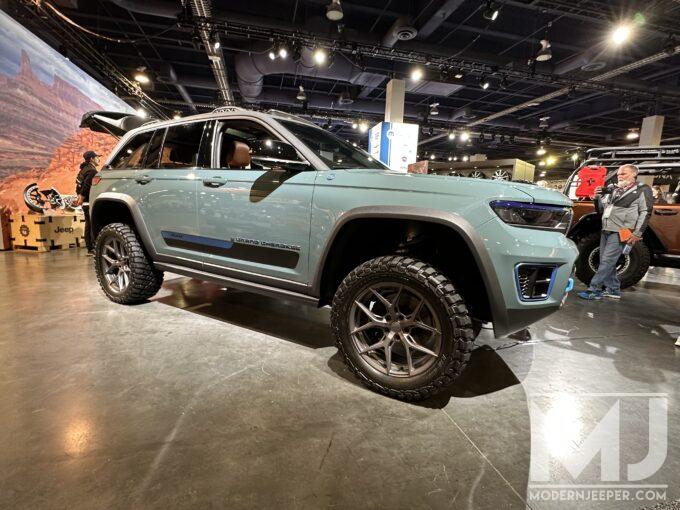 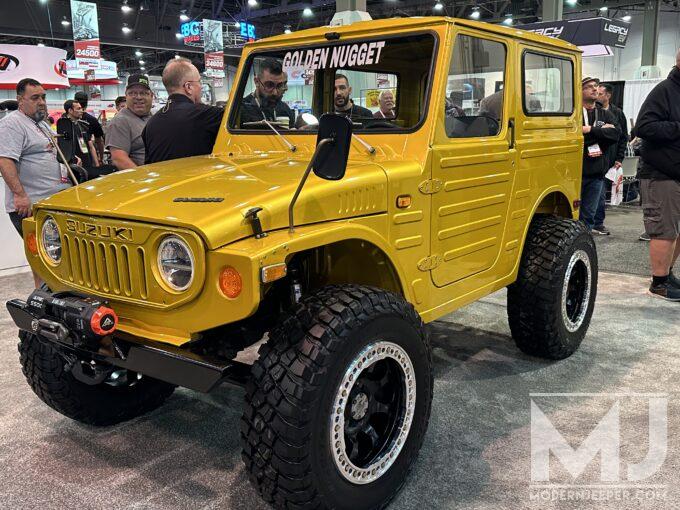 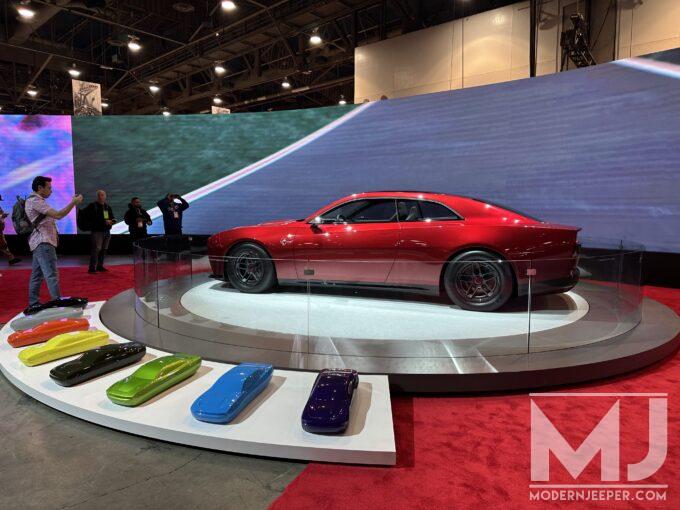 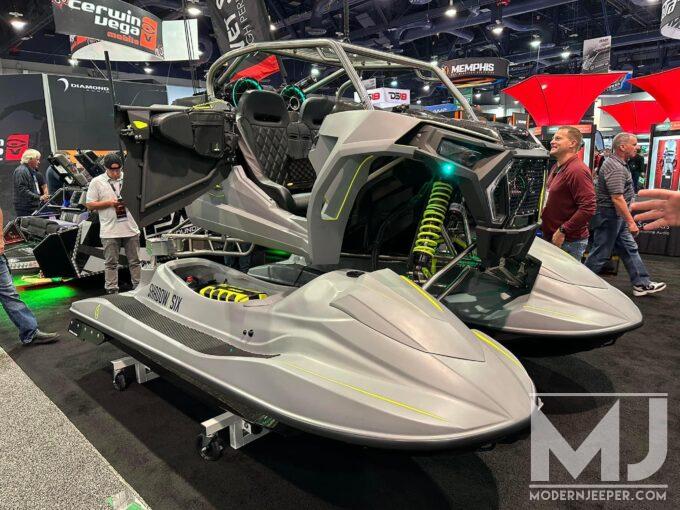 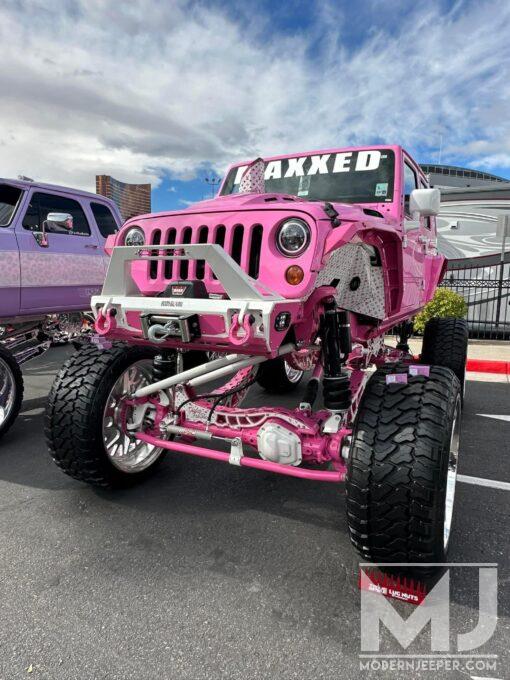 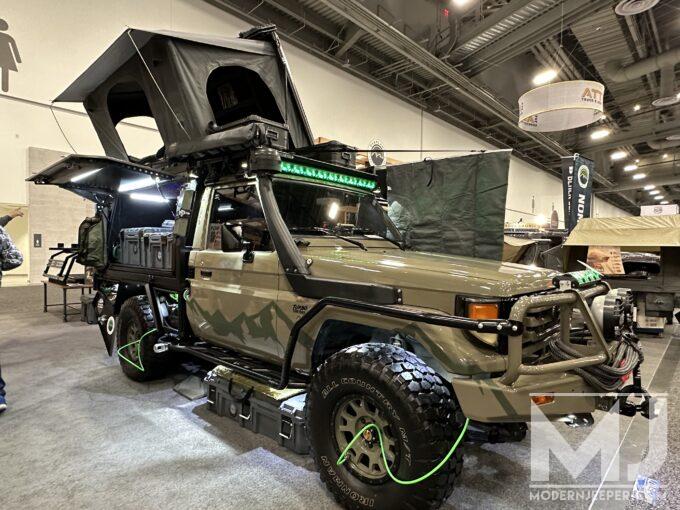 SEMA has announced a five-year vision to expand the SEMA Show into an “all-city” experience. Officially called SEMA Week, the expansion’s goal is to create the most passionate and exciting automotive event in the world. SEMA Week will kick off in 2023 with new concepts, activities and events introduced over the five-year roll-out period.SEMA Week will be headlined by the SEMA Show, which will remain a trade-only event Tuesday through Friday. On Friday, the final day of the SEMA Show, a limited number of enthusiasts will be able to attend the SEMA Show through the Friday Experience program, which launched at the 2021 SEMA Show. Beginning on Friday evening of SEMA Week, SEMA will take over the Las Vegas Festival Grounds through Saturday night with an all-new SEMAFEST.

“We have been watching the connection between enthusiasts and our industry grow for more than a decade and, as the industry’s trade association, have a responsibility to help facilitate that connection in new and meaningful ways,” said James Lawrence, SEMA Chairman of the Board. “By creating SEMA Week and SEMAFEST, we will be able to maintain the integrity of the trade show that makes it a must-attend event for automotive professionals while introducing a new platform for enthusiasts and the industry to engage with one another.”

For 2023, SEMAFEST will take place at the Las Vegas Festival Grounds and be open to everyone, bringing together automotive enthusiasts with the aftermarket industry in a high-octane and immersive festival-like celebration of car culture. SEMAFEST will feature top music and entertainment, a car show and cruise, VIP experiences, craft food, automotive celebrities and motorsports. It will run alongside the popular SEMA Ignited Cruise and SEMA Show after-party, which draw thousands of enthusiasts on Friday night.

SEMA Week is also scheduled to include a SEMA Auction, featuring some of the best builds from SEMA and many more amazing vehicles to headline the festivities. SEMA will continue to expand and refine SEMA Week over the next five years, rolling out new events and activities throughout the city of Las Vegas. The evolution of SEMA Week preserves the trade aspects of the industry and business components of the SEMA Show, while enabling enthusiasts from all over to join in the festivities and enjoy car culture-focused events throughout the SEMA Week experience.

Additional details for the 2023 SEMA Show, SEMA Week, and SEMAFEST will be announced in the coming months. 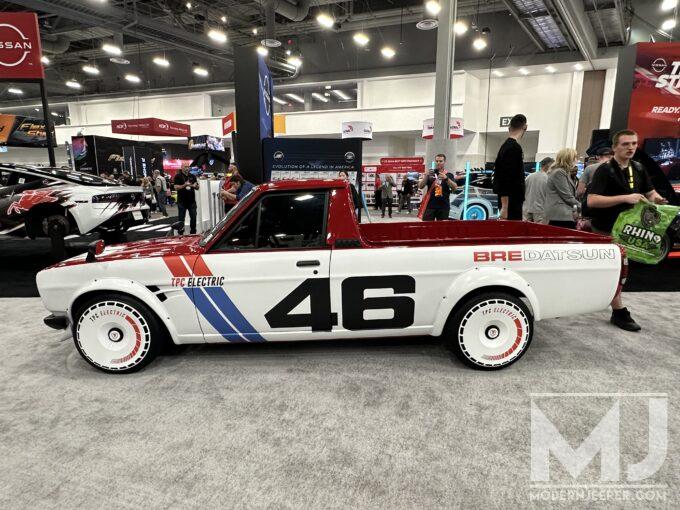