sema14
Define a woman…. The meaning is vast…. But my meaning is a strong- independent female…that’s a badass. I am around a lot of “...

Define a woman…. The meaning is vast…. But my meaning is a strong- independent female…that’s a badass. I am around a lot of “ BADASS” women! Enter SBN, the SEMA Businesswomen’s Network. The current climate in today’s society is changing, and it’s changing fast! We are not just house wives or mothers or minorities! Women are so underestimated, sleeper assassins in the making! Do NOT say we can’t … because we CAN!! I met some of the most amazing women in the industry; they became my friends, my mentors and my family. It is where I grew the most as a person and woman in the industry. This was the moment that I confirmed that I was doing something I loved and passionate about. 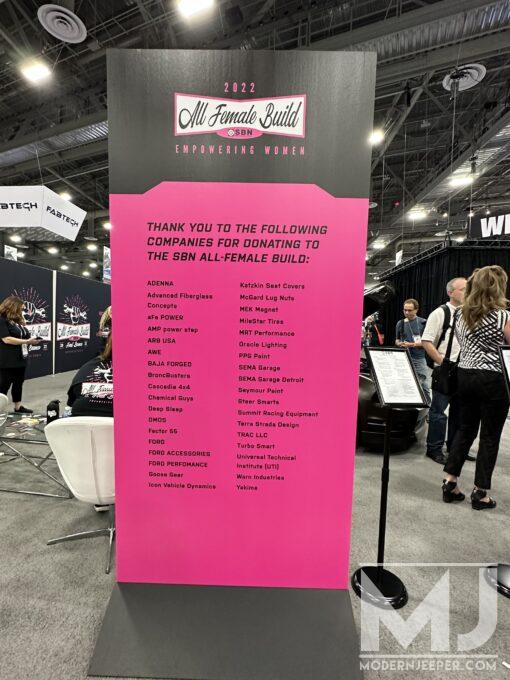 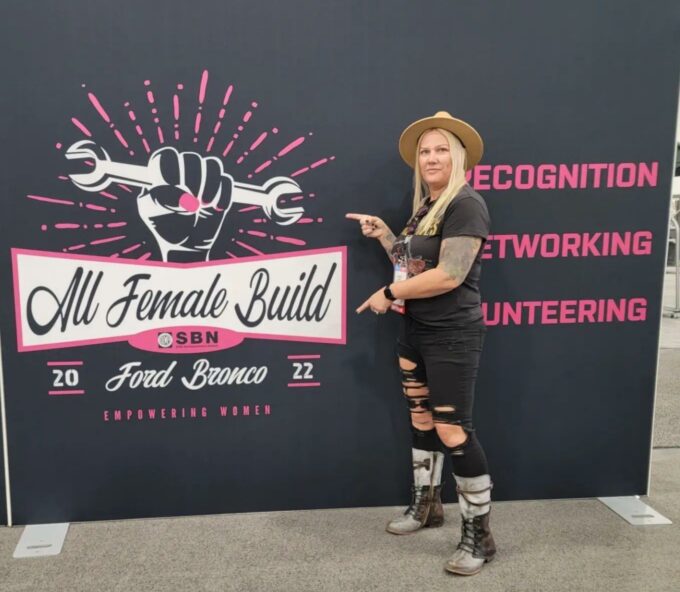 If you haven’t already heard about the SBN All-Female Bronco build, well now you have. This year marks the 10-year anniversary of the first All-Female build that took place in 2012.  The build took place July-October at both SEMA Garage locations, Diamond Bar, CA and in Detroit, MI with a final reveal at the 2022 SEMA Show. Women from all over the US and Canada came to volunteer at the Sema Garage, 127 of them to be exact. The ladies come from all walks of life and have many skill levels. Bringing them together to learn and teach each other is what this project is all about. 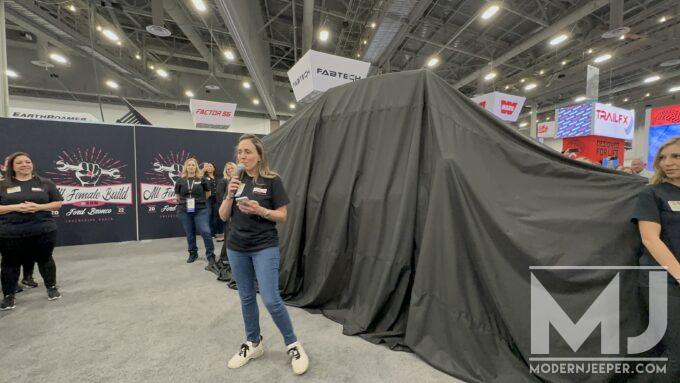 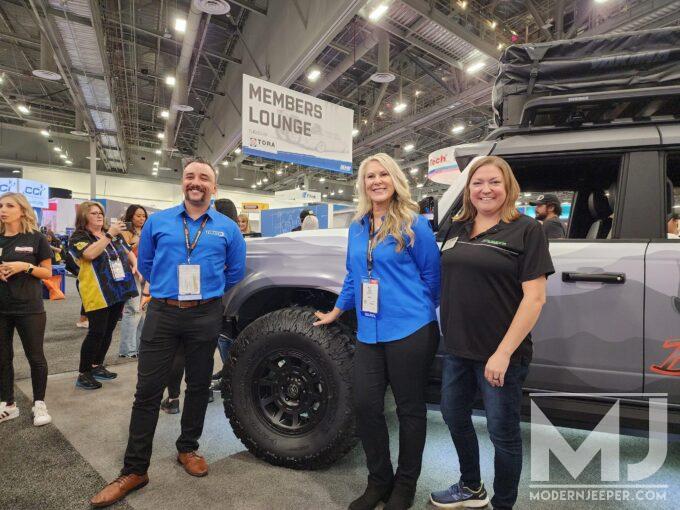 Finally, the most extreme Bronco at the 2022 SEMA Show is an all-women project built by SEMA Businesswomen’s Network. With 4.70 gearing for both axles, WARN winch, Yakima two-person tent, rear-mounted ARB jack, and Ford calibrated tuning, this Bronco is a rugged, capable, off-road vehicle. We’re sure this project gives female builders a confidence boost, and we’ll see more such projects at SEMA in the future. 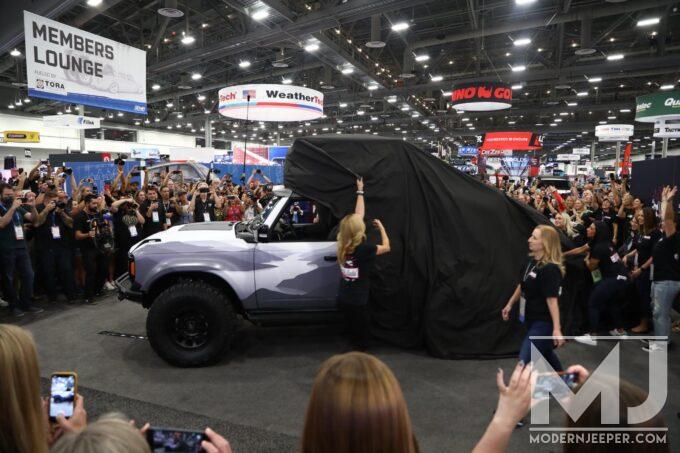 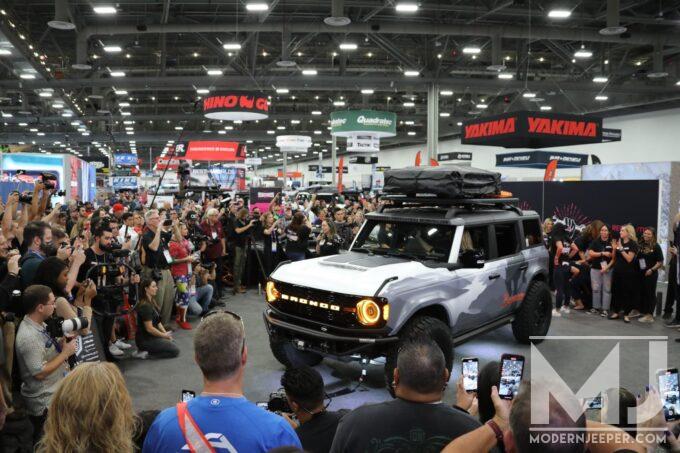 With support from the entire community, women volunteers ranging in ages and skill sets wrenched on the vehicle to get it ready for its big debut at the world-renowned SEMA Show in Las Vegas. “It was very much a hands-on learning experience, and the team was eager to take on these challenges, including mocking up bumper fitment plates from cardboard in order to fabricate the actual plates,” said Nicole Bradle, SBN liaison. “The build continues to foster growth and community, not only among the volunteers but also between organizations.”

Cleaning the underside of the vehicle, learning how to wire and install headlights with guidance from Oracle Tech, and sourcing parts when things were broken or missing are also among the list of contributions from the volunteers. Female-owned company MRT assisted the team in fabricating and painting the bumper plates and guided the volunteers through the process. 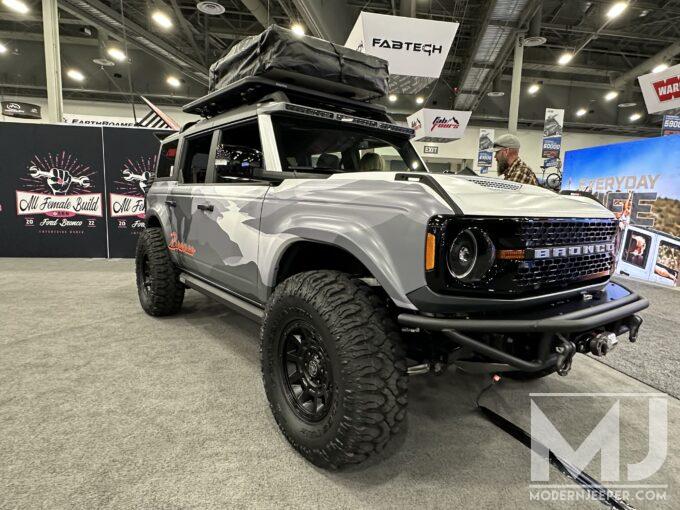 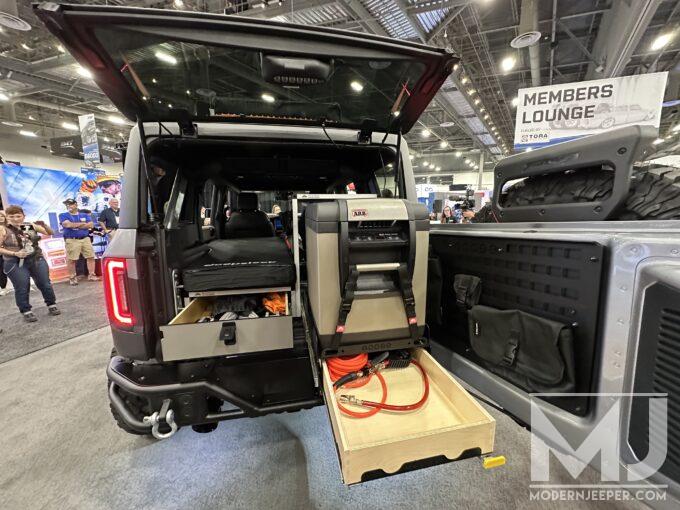 “The collaboration truly represents the spirit of the build,” added Cathy Clark, SBN chair. “This project was a chance to spotlight women in the automotive aftermarket industry and the ways in which they come together and offer support to each other.” 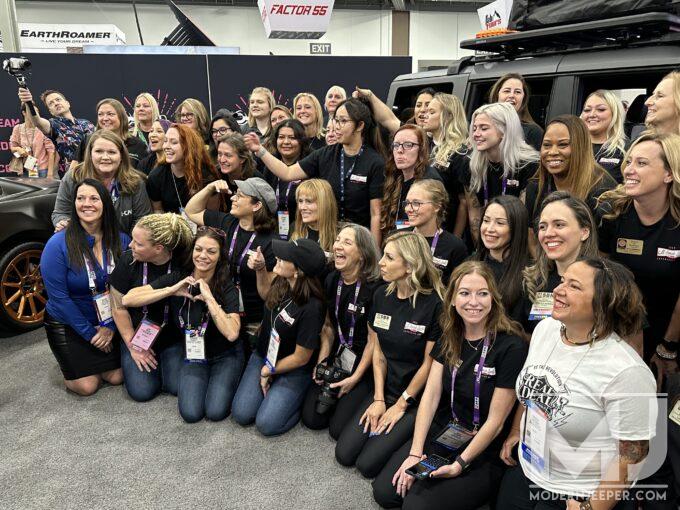