Overlanding28
Part of my world right now is cooking on the trail for our overlanding trips, so naturally I like finding new ways that aren’t...

Part of my world right now is cooking on the trail for our overlanding trips, so naturally I like finding new ways that aren’t mainstream and test them out. I ran across the Omnia Oven at the Overland Expo at Flagstaff and talked with a YouTuber that is a known trail cook and he was using one and I was very intrigued. I sat and looked at it online and did a little research before I took the plunge on spending $178 For the Omnia kit. It does include just about everything you might need. I thought “how in the world does this funny looking thing do so well”?  Even some of the UK Van Life crowd use this thing. The reviews were undeniably influential to my purchase, so I went for it. 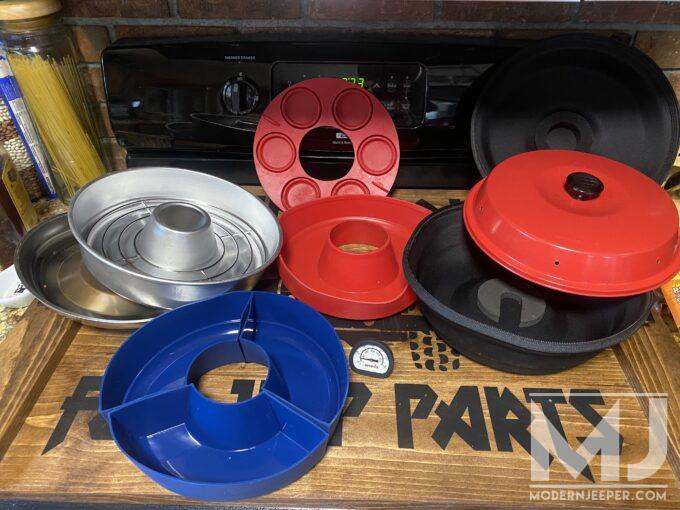 I couldn’t wait to get home to try it out. I can use this on any stove and it works like an oven. As with most things. there is a learning curve on how to use it properly for optimum results. Where is the best place to learn these things? Well, it turns out that Facebook UK groups use this oven on a daily basis, and also share tips and tricks as well as recipes. I dove in and I have to say it is my favorite! It’s not for cooking for large groups but it does make some great desserts, and instead of making a fire and waiting hours for that apple cobbler cooking in the old Dutch oven, this is far quicker. The Dutch oven is still one of my primitive favorites but it still takes too long to build a fire, prep, and cook. There are three pieces to the Omnia oven:  a steel base, an aluminum ring-shaped baking pan and the lid. The picture shows how it works.

The burner directly heats the steel base, which in turn heats the air trapped between the base and the baking pan.  The burner also heats air that goes up the center of the baking pan and the lid serves to distribute that hot air over the top of the food.

So, there’s hot air both under and above the baking pan — and in the center.  A few air holes in the lid allow steam to escape.

It can be used with virtually any type of stove burner — gas, electric or even various other fuels used with camping and backpacking stoves. And it can be used on a grill — making it easier to keep the cooking heat contained. It cannot, however, be used on an induction stove. 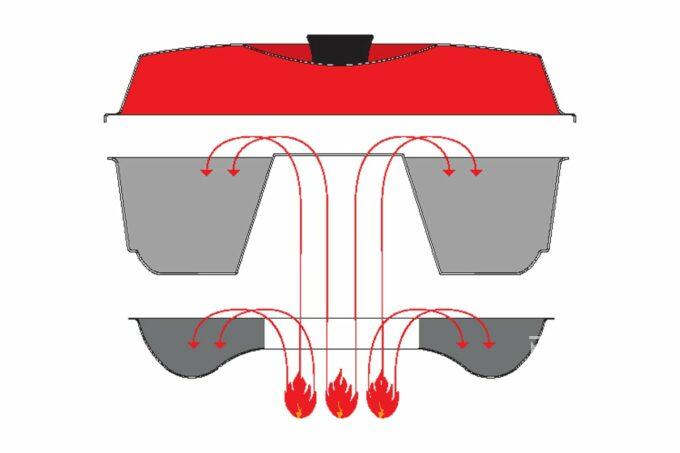 The system is simple:  you place the steel base on the burner and let it heat for about 3 minutes on high.  Put your food into the baking pan and put the lid on it, then set it onto the base.

The instructions say to then turn the burner down to medium or lower heat.  I found that I had better results if I left it on high just about a minute (to heat the air on top of the food) and then turned it down to slightly higher than medium.

Cooking time is then about the same as with a conventional oven, but don’t take the lid off too often to check, as you let out the hot air from the top each time.

Yes, it’s a little strange to bake without a thermostat to know that it’s at the right temperature, and it will take a little experimentation to know the best settings on your stove. 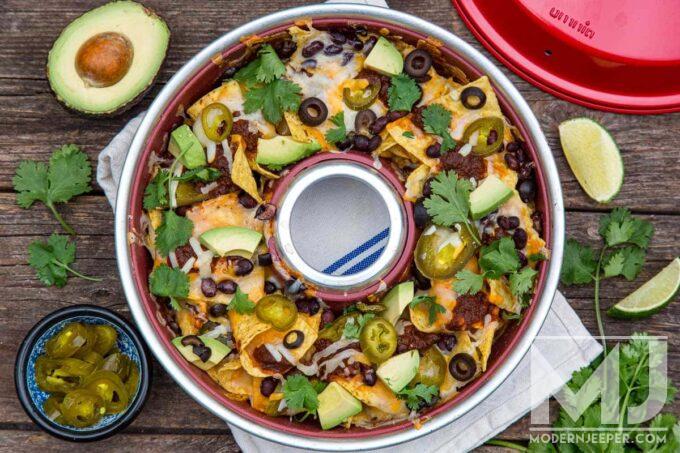 I’ve never recommended “baking” in a pressure cooker, as it is very likely to warp the pan if you use it dry, and using water in it means that your food is steamed instead of baked (fine if it’s supposed to be steamed, not so good otherwise).

A Dutch oven won’t bake as much as the Omnia, it’s hard to keep foods from burning on the bottom and the top tends to be steamed from the moisture driven out of the food (which has no way to escape).

The Coleman Camp Oven is huge and very tippy unless you engineer some serious tie-downs for it.

After several weeks of testing the Omnia with a variety of dishes, my conclusion is that it’s the best way to bake on the stove top that I’ve ever tried. I highly recommend the Omnia oven:

When baking using a Dutch oven, it’s hard to keep the top of the baked food from being steamed by the moisture being driven out of the food.  The Omnia takes care of that, with the lid being high enough over the food to have quite a bit of hot air there, as well as having holes to let the steam escape.  Bread and baked goods will have a very similar texture to what they will in a conventional oven. 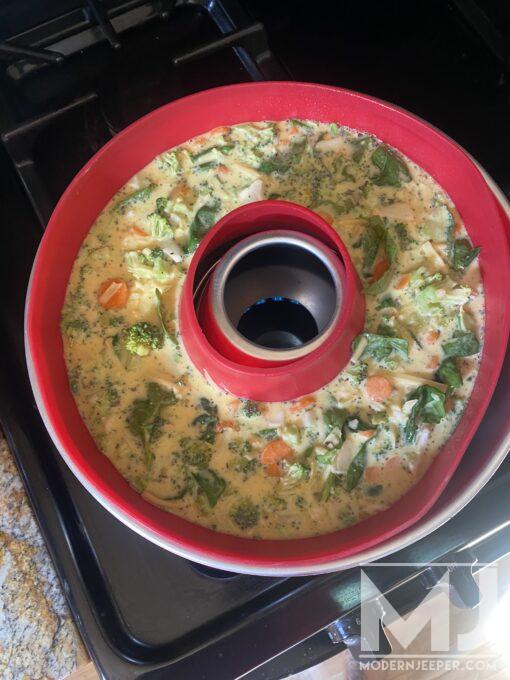 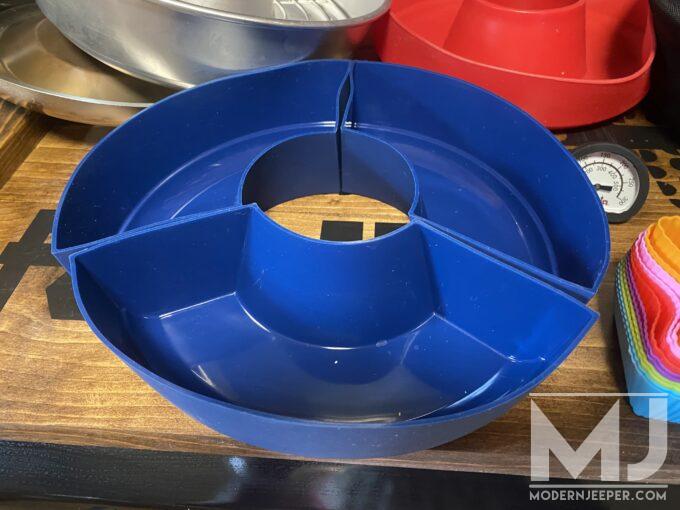 There are many more accessories available. I ordered the 3 piece sectional silicon dividers so that I may make a whole meal for 2 people in one pot. There are so many options to cook and bake . What will be next?

Having now made a few things, I’m so impressed at all the possibilities …. More to come!