Race Results! 4WP Every Man Challenge at King of the Hammers (KOH)

February 6, 2020 (Hammertown, CA) – The 2020 4WP Every Man Challenge was the closest in history, as the podium finishers were all within one minute of each other. While Seth Van Dyke crossed the finish line first, it was Brad Lovell who took the win on corrected time by a mere 29 seconds to capture his third EMC victory. It was all surreal for Lovell, who has been on the other end of this situation. At the 2010 King of the Hammers, he was edged out by an unknown Loren Healy… by 28 seconds. While Healy has since gone all-in as one of the fastest and most talented drivers in ULTRA4 racing, Brad Lovell and his navigator and brother Roger have branched out over the last decade to win short course championships and currently campaign a desert racing truck. 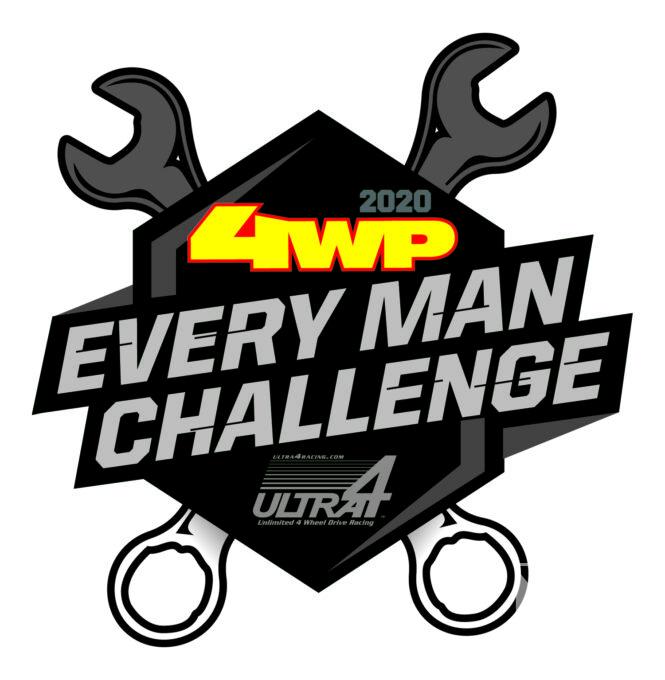 The Lovells haven’t lost their roots though, as they bring that same Ford Ranger they raced in 2010 to King of the Hammers each year to race in the Branik 4800 Legends class at the 4WP Every Man Challenge. “The Lovell’s Ford is what Legends was created for,” Hammerking Promoter Dave Cole explained. “The idea is to provide a place for older vehicles that might not be competitive in the 4400 class but still have a passion for racing at Nitto King of the Hammers.”

Seth Van Dyke proved that youth isn’t wasted on the young, as the 27-year-old driver nearly captured the EMC victory in his third time racing his Bomber Fabrication buggy in the Every Man Challenge. “Brad pushed us in the rocks, pushed me way harder than I ever would have thought I needed to drive this car. I mean, it was a car crash the whole time!” Van Dyke shared at the finish line. “Steven, my codriver here was killing it, keeping me safe, not missing anything.”

Levi Shirley rounded out the podium in the 4800 class, despite treating the EMC race as a prerun for the main 4400 race on Friday. “It definitely will prepare me,” he confessed. “I know the rocks now, I know the trails, it’s just a great refresher and I’m fired up for Friday’s race day.” There are three distinct classes in the 4WP Every Man Challenge (EMC), but only one racer can cross the finish line first, regardless of whether they are in the Yukon Gear and Axle Modified Class (4500), Spidertrax Stock Class (4600), or Branik Legends Class (4800). The Branik Legends Class allows tube chassis vehicles, but requires a front-engine, two seats, and must run 37-inch DOT-approved tires.

The Yukon Gear Modified Class requires starting with a production-based vehicle with a factory appearing body, partial frame, mechanical steering, and 37-inch DOT approved tires. 2018 EMC overall winner Dan Fresh added another trophy to his crowded mantle this year by winning the 4500 class and coming in fifth overall. Like Shirley, Dan Fresh will be racing again on Friday in the 4400 class. Unlike Shirley though, Fresh will be doing it with a wrist that was broken earlier this week. “I went to the hospital and they said ‘You’ve got a fracture; you’re going to need surgery.’ They put a cast on, we cut it off, we wrapped our own cast, and we went racing.”

Last year’s 4500 class winners, husband and wife Jimmy and Amy Jack, placed second in the Modified Class, and tenth overall in the EMC. “I think with me in the car he doesn’t take unnecessary risks and that helps with us finishing,” Amy Jack posited on the podium. Three-time 4500 series champion Matt Howell rounded out the podium in his Tribe 16 Jeep.

The 4600 Class has the most restrictive rules at King of the Hammers, requiring the factory engine, stock frame, full-body, single shock, and 35-inch tall DOT-approved tires. Jesse Haines won the class in his diesel Mahindra Roxor fitted with portal axles. “We had very few issues, we got out of the car a couple of times but nothing major. We rolled over on our side, but we were able to quickly recover it and get going. It was actually where we took the lead, I rolled on the leader’s car!” Haines recalled at the end of the race. Jon Schaefer was the fast qualifier in 4600 and turned that starting position into a second-place finish in his Savvy Offroad Jeep. Josh Atteberry of Show Low, Arizona came in third in the 4600 class for the second year in a row from behind the wheel of his Jeep Grand Cherokee.

The punishing 143-mile course consisted of high-speed lake beds, whooped-out roads, and some of the hardest rockcrawling canyons in the world, with only 38 out of the 122 vehicles that took the green flag – crossing the finish line within the ten-hour time limit. Thursday brings T1 Unlimited Desert Trucks to the lakebed for the first time. $125,000 is on the line for the Toyo Tires Desert Invitational presented by Monster Energy. Not on the lakebed? Follow all of the action at ultra4racing.com/live. 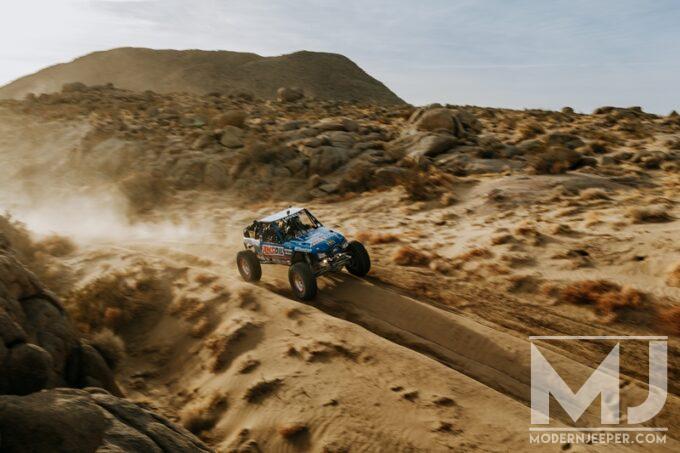 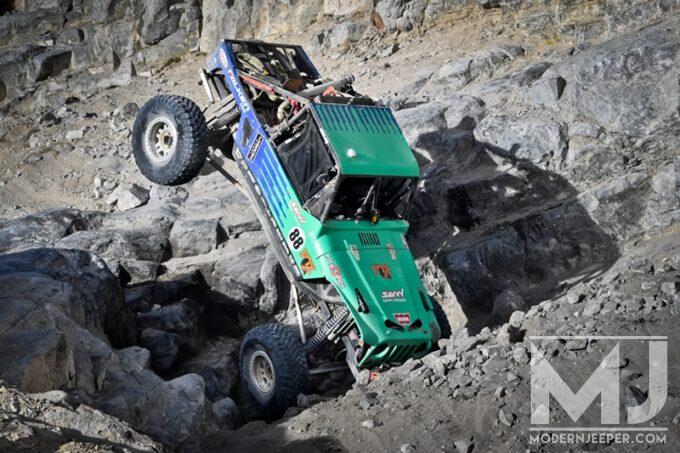 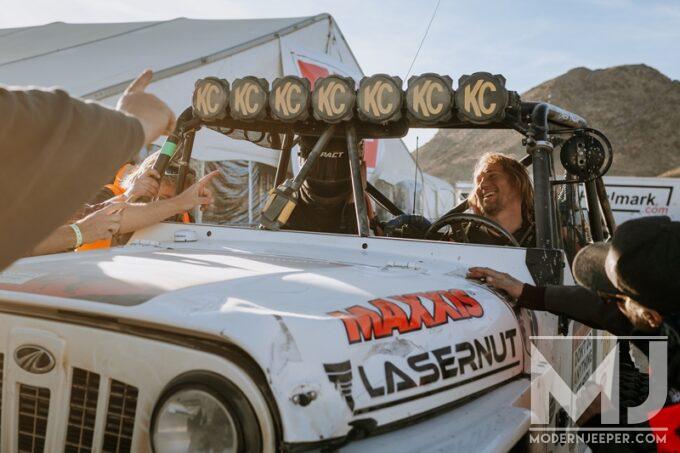 ModernJeeper is at KOH bringing you the action all week.

The ModernJeeper Show, Ep. 84 – A Truly Random Show In Amarillo, The Palo Duro Challenge and Our First Ever Podcast Contest

Common Break Downs & How To Get Home!