competition1 cone dodging1 rockcrawling8 sand hollow5
Trail Hero Trail Hero was even more action packed this year than last. We rolled in with the 2004 Jeep LJ, Golden Spike, on...

Trail Hero was even more action packed this year than last. We rolled in with the 2004 Jeep LJ, Golden Spike, on the MetalCloak CTI trailer, ready for some fun! 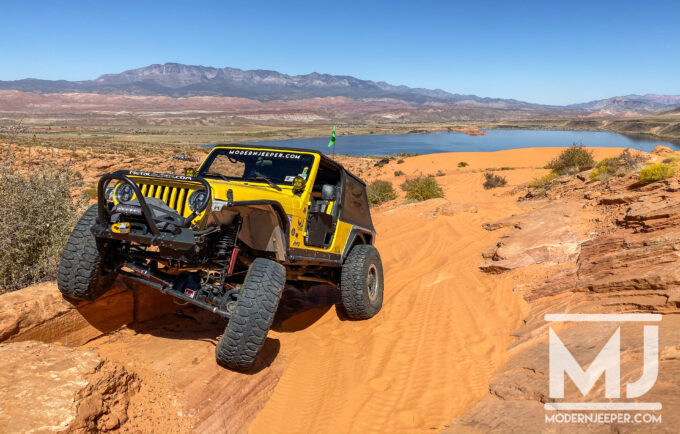 My absolute favorite thing to do in Sand Hollow is to play on the massive sand dunes. I also had a goal and wanted to finally conquer “the chute.” While I still miss having Rockstar, my 2 door JK,  Golden Spike is a bad beast too! I was also excited to see so many new faces that were going to be there as well as all my pals.

This was my first time at the Trail Hero event but not Sand Hollow. I had the opportunity to visit Sand Hollow in 2017 for the first Fury Rode adventure challenge as a participant with Charlene Bower. During that event we took first in our class and 3rd overall. The main event during Trail Hero is called the Trail Breaker and I couldn’t wait to finally see it in person! I had followed this event since it started…it features the best of the best rock crawlers from around the country. 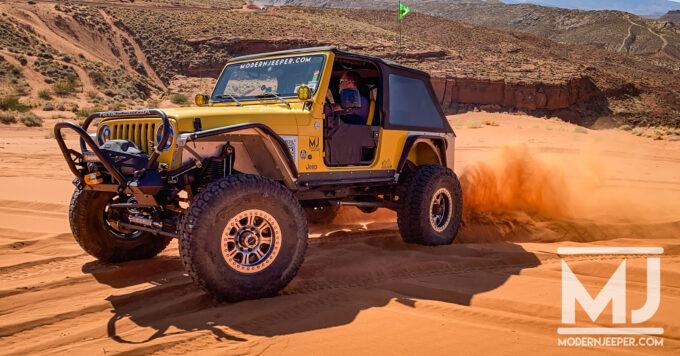 Having the UTVs join Trail Hero for the first time for all the fun-filled action is an awesome accomplishment. What it all boils down to is we are all here to recreate in a 4WD capable vehicle. And since one goes faster than the other, they kept that in mind and all UTV trails leave before our full size rig trails. 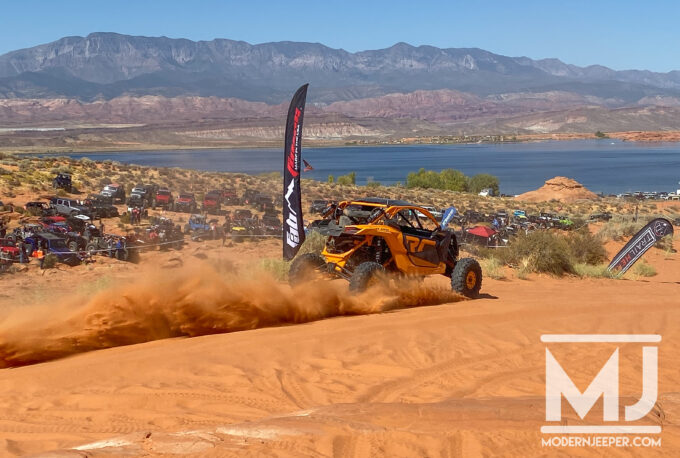 Kicking off on Monday September 30, is Füry Rode, the Adventure Challenge that sends contestants on a 40 mile lap to be run twice. During each lap contestants have to complete 5 challenges along the way within the 15 minute allotment per challenge. Challenges include a short course, dead winch, potato spearing, paintball shooting, wet lap and so much more!

Tuesday is the Rockin Golf Tournament with Carbon Off Road. This is played on the Links Course at Sand Hollow Resort, and yes, your team must dress up in a theme. Three challenges await after you play the 9-hole tournament: a chipping contest through a set of tires, the longest drive hit Happy Gilmore Style, and a blind putting challenge.

At 6PM the Kickoff Party for the event happens at Sand Hollow Off Road where registration is open for participants and media. Wednesday through Saturday morning the guided trails start from various locations around town and from Sand Hollow State Park. At 2PM each day the afternoon activities start which includes a Lasernut Rock Race on Wednesday, the Trail-Gear Rock Crawl plus Tuff Country Bounty Hill and the Raceline Beach bash are on Thursday , the Fab Fours Trail Breaker is on Friday and the Vendor Expo in downtown Hurricane is Saturday complete with a parade for the buggies back to Sand Hollow!

If that is not enough fun – each night on the beach at Sand Hollow State Park they have a bonfire. Any Glen Plake fans out there? Well, Glen is also an announcer during a number of the events throughout the week. 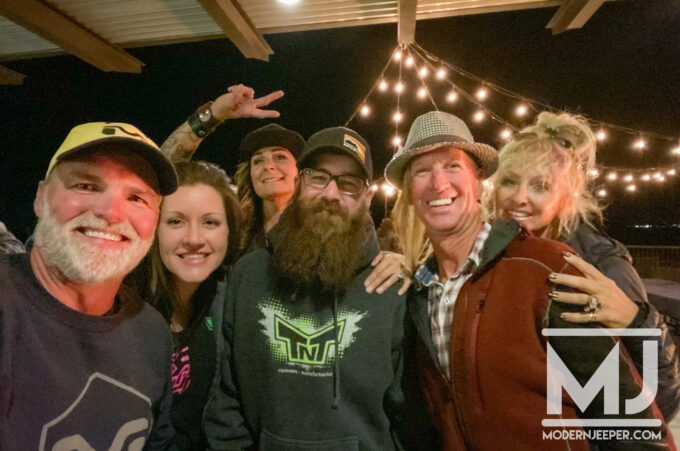 This is the  fourth year for Trail Hero and  it continues to cater to people with Special Needs and our Veterans though the Hero for a Day non-profit, with both groups having a trail ride for them, where they provide an open seat for anyone of Special Needs or anyone who is a Veteran.

This year on Wednesday’s Special Needs Access Run they met at Lonny Boy’s BBQ for breakfast, which is provided by Lonny Boy’s for anyone on the trail. They head out to West Rim and enjoy the scenery and flora and fauna while overlooking the valley and Arizona Strip. The West Rim winds through some cool hoodoos so stopping to check out some of the geology is a must, and then lunch thanks to BFGoodrich Tires, before heading back for the Lasernut Rock Race. 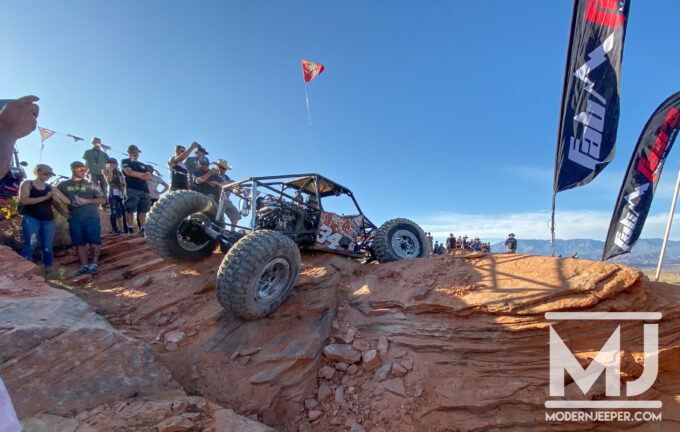 The teams that complete the trails are surely the top rock crawling drivers in the world. The amount of skill it takes to complete the trail takes extensive knowledge on how to push their vehicles to the extreme and beyond. This is no trail for the faint of heart as it forces drivers to take immense risks that could have ended that driver’s vehicle. It isn’t a matter of being able to wheel the rest of the weekend, but more like the vehicle would have to be scraped and dismembered to get them out of certain obstacles! 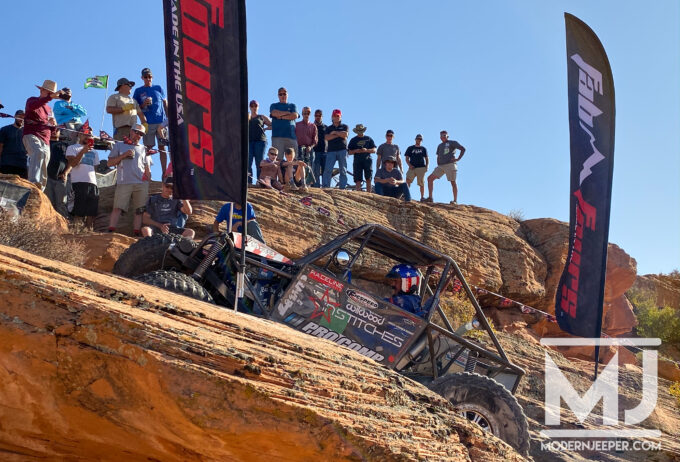 Take the top 10 drivers in the world and present them with a trail that is so difficult that it has never been conquered. This insane new competitive format will invite only the best drivers in the game, and feature an exclusive look into what it takes for top drivers to defeat the impossible. This feature has quickly developed into an exciting venue for everyone from the most extreme and hardcore enthusiasts to the average weekend wheeler warriors to watch the most daring drivers in the sport. 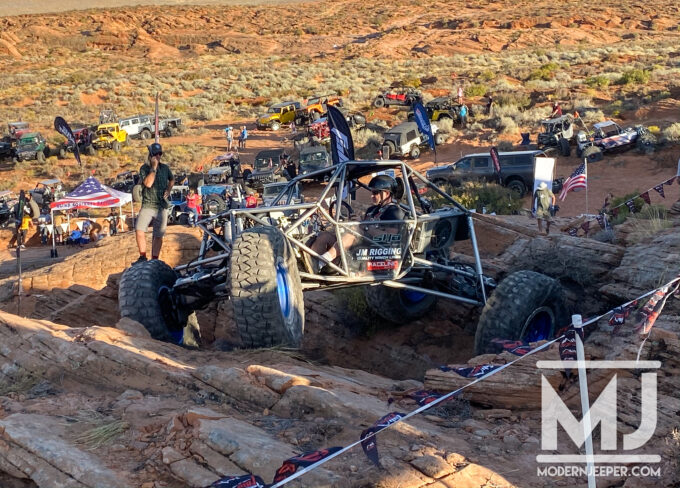 There are no judges, cones, penalties, or spotters. The terrain itself is left to be the determining factor in the level of difficulty. Boundaries are set for spectator safety and a given time limit for each obstacle will be displayed. Drivers must defeat the obstacle within time to receive their score (Obstacle score based on difficulty), the driver with the most points will win, with the tiebreaker being cumulative time throughout the entire course. 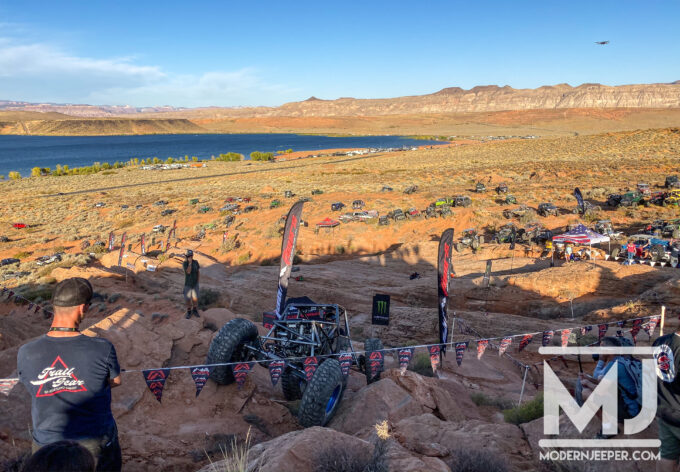 The twist to this new sport? Drivers will not be able to watch each others attempts. With every vehicle, driver and style being different, this truly added to the excitement. The top 5 drivers this year were defaulted from previous years standings. The last 4 were announced online before the event on the facebook page and then there was a vote in Aug for the 10th spot.

This year the 10 competing drivers were:

We apologize in advance for some of the video clip quality as we were shooting FaceBook Live on location during the event. Hang in there though as there is some higher quality video of Steve Nantz’s run through the last obstacle section!

I got a chance to catch up with Jacob Reeves and Blind Squirrel Racing after the trail breaker competition. I watched Jacob and was amazed at his driving skills because he is only 16 and had the heart of a winner. Jacob is from Lake Havasu City, AZ, where he lives with his family and his father Jason Reeves, who got him started young at the age of 8, driving their heavily modified late model bronco.

Charlie inspires Jacob to always keep pushing forward along with his smiling, always have fun attitude even when he is upside down in his rig. Jacob got the invite to compete in this years Trail Breaker and was determined to finish but timed out of each stage…but he never quit and completed each one. I was lucky to follow him up the last stage and congratulate him on a tough finish. His current rig is a Goat Built JHF chassis , V6, rear steer, 2 seater comp/ trail buggy,  built by Jacob himself and his dad.

They are also in the process of gathering parts to make a new buggy to be more competitive. Keep an eye out for him as he takes over the rock crawling world!! 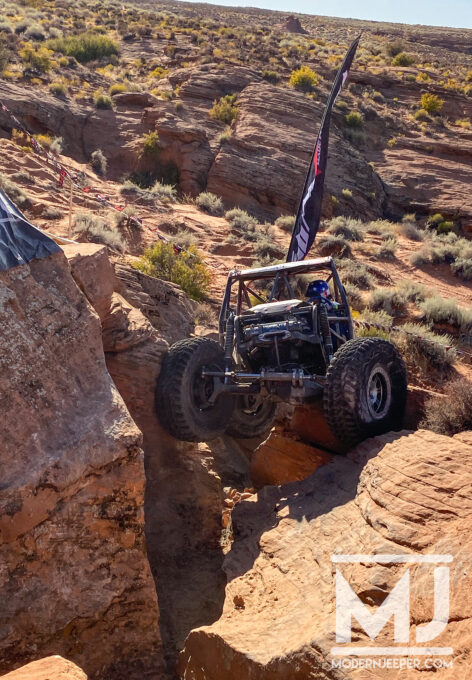 As usual we had a blast taking in all of what Sand Hollow and Trail Hero have to offer. Sand Hollow is one of my favorite places ever!! If you have an event you must go to, this is one of the top offroading events of the year!! 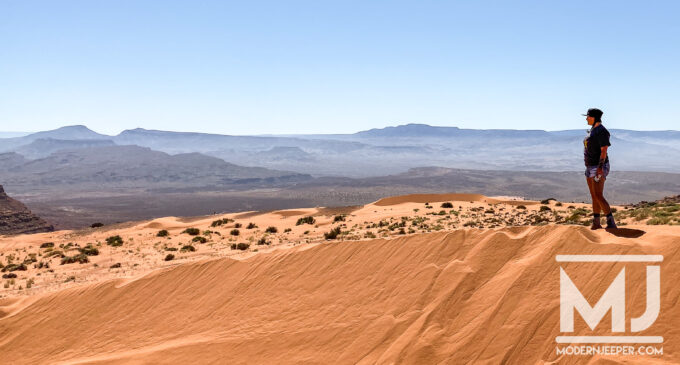 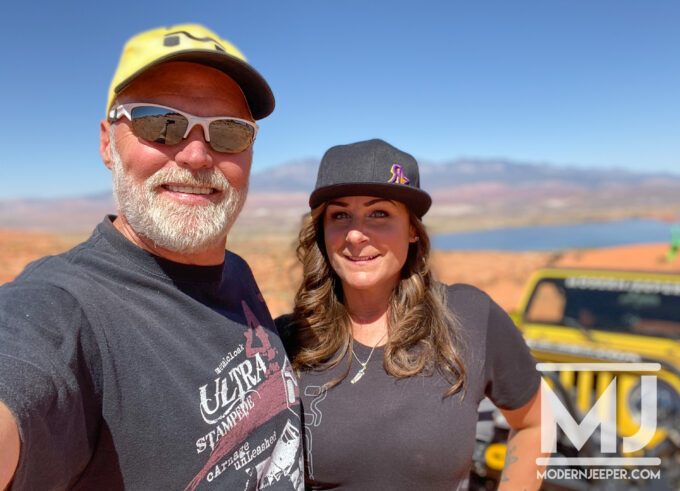