[pics & vid] A New Battery with Full Throttle! Women Can Do It Too!

accessories8 battery3
Let’s talk batteries for a moment, shall we?  When it comes to your Jeep, we all like a good “deal” right? But, those good...

Let’s talk batteries for a moment, shall we? 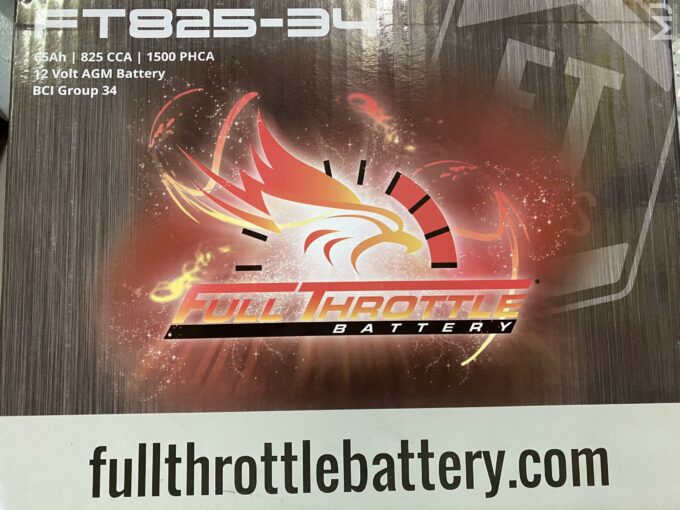 When it comes to your Jeep, we all like a good “deal” right? But, those good “deals” aren’t always the best way to go if you do the math. Yes, batteries are expensive. But, if you bite-the-bullet and get a good one, it can last longer than the normal ones! Been there, done that! So, which one do you choose? Do you know which one outperforms or outlasts the others?

As Jeepers, we run a lot of accessories. I thought about having 2 batteries for the simple fact I run a pair of 5-switch boxes for all my “extra” features. I also do not have regular factory switches for my lockers. I have Dana 44 axles off of a Rubicon JK and had to wire them up to my switch panels. So, having a strong and reliable battery is a must for me. Needless to say, choosing the right battery for your electrical is essential. 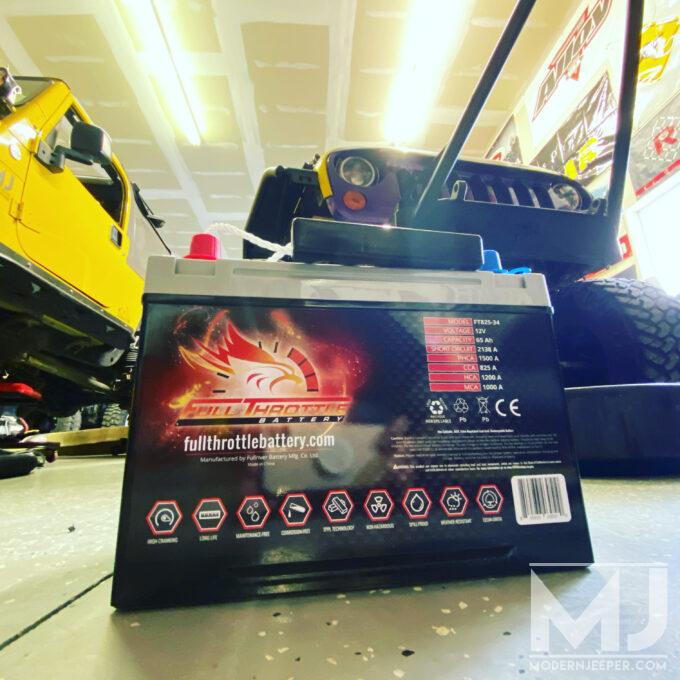 My collective experience gathered from using all types of batteries has shown me not all batteries are created equal. And, once I learned the terminology, about how batteries work, and what materials they use, I began making more-informed decisions with my battery purchases.

The recommended time to change the battery in Jeeps is every 4 years. Although some batteries last much longer, most batteries begin breaking down chemically after four years, so you could experience dimmer headlights, your accessories failing on you or other negative effects before you have a dead battery in your Wrangler that you need to replace. Knowing the dangers of changing a battery is a must.

It really isn’t that complicated if you follow a few simple rules. Anyone can change one so do not be scared! The average person will not mess with a vehicle battery and have someone that knows what they are doing to change it out as well as jump-starting a battery. If you follow some basic safety rules it’s a breeze really. 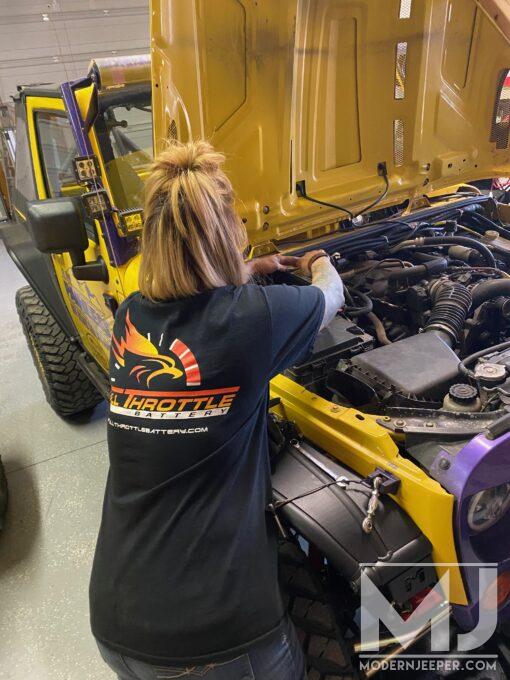 Follow some simple rules and steps to changing your battery safely!

Turn off your engine and put the vehicle in Park. Set the parking brake. Spread a towel across your fender to protect the paint from any corrosive acid. Always read your car manual first.

Tools you will need:

A wire brush to clean the cable end terminals

10mm socket with long extension if you’re replacing your battery

A battery terminal cleaning tool if you’re reusing your battery 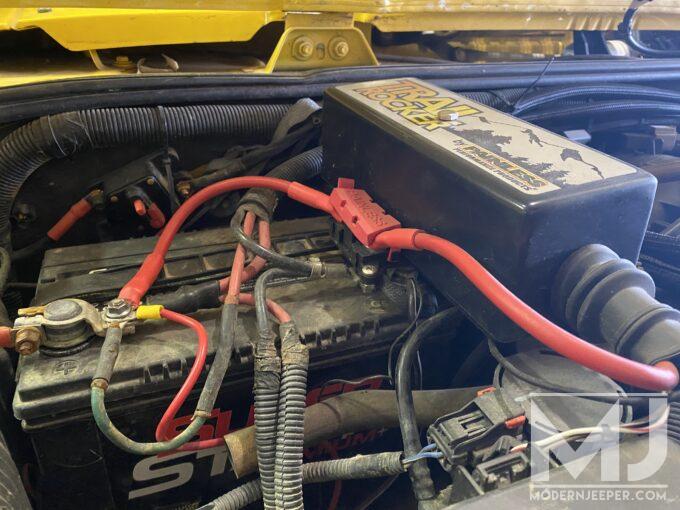 Remember that this is the most dangerous stage in the replacement process. Cracks and corrosion in the old battery can allow acid to leak out onto your skin, which can be unpleasant, to say the least. While the car’s ignition is off, the battery can still produce an electrical charge (and even an explosion) while the terminals are connected. In other words, be very careful while removing the battery.

To start, loosen the nut from the bolt that holds the terminal cable to the negative post on the battery. Use your wrench or pliers to turn the nut in a counterclockwise direction. Hold the bolt head in place using another pair of pliers or wrench. Once loose, carefully slide the end clamp from the post. When you do, be sure you have already placed your tools on the ground or on your Styrofoam tray to prevent sparking an electrical charge.

Once the cable connected to the negative terminal post has been safely removed, follow the same steps for the positive terminal. 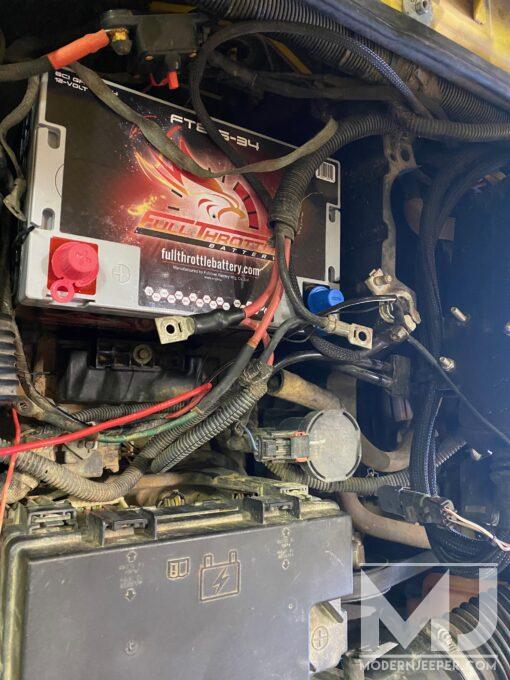 Now that both terminals are loose, it’s time to unfasten any plate that holds the battery in its seat. Most likely, you’ll encounter the same sized nut as the ones found on the terminal cable clamp or a wing nut you can unscrew by hand. Once it’s loose, you can now safely remove the battery. Remember, it can be heavy, and you’ll likely be hunched over it; be sure to lift with your knees. Lift it straight up — most batteries come with a handle attached for easy carrying — and then out and onto the ground. If the handle has corroded, carefully lift the battery by its sides. Be careful not to allow any acid to spill out.

With the battery safely away from the car, use your battery terminal cleaner to brush out any remaining sulfate from inside the terminal cable end clamps. Check the cables to make sure they’re not corroded. If they are, pick up some replacement cables at the auto parts store. Now you’re ready for the last step, installing the new battery.

Your new battery may have come with colored plastic caps on the terminal posts. Don’t remove them until you’ve situated the battery and are ready to attach the terminal cables. These caps will help you remember which post is positive (the red one) and which is negative (the black one). 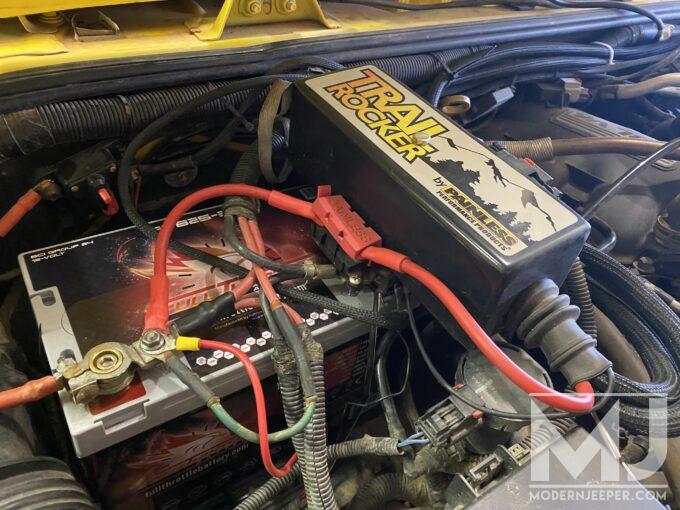 Once it’s situated firmly in its seat, begin the reverse of the operation you undertook to remove the old battery. Start with the positive terminal. Remove the plastic cap and use your battery terminal cleaner to brush the new posts. This will score the metal lightly, which will provide a better grip between the posts and the clamps, which provides easier recharging of your battery while you drive. Slide the end clamp over the post until it sits against the bottom of the post. Using your pliers or wrenches, hold the bolt head steady while you tighten the nut in a clockwise direction. Repeat the same steps for the negative terminal.

With both terminals attached, you can now refasten any plate or support that holds your battery in place. While the design of this feature is sometimes a little tricky, don’t skip this step. The plates hold the battery in place as your car jostles over rough terrain. Driving with an unattached battery is a bad idea.

At this point, try your car’s ignition. It should start right up! 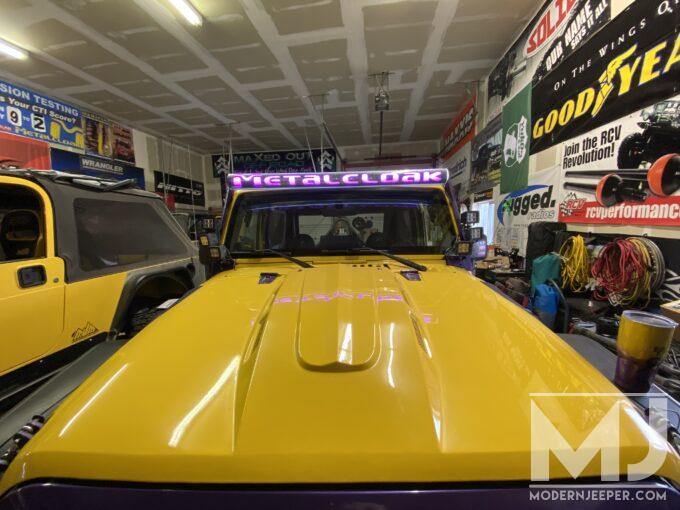 See that wasn’t so hard?!! Don’t be afraid to try new things and ask questions to become a better Jeeper! We all have to learn to do maintenance on our Jeeps to keep them on the roads and have fun on the trails! Until next time…. 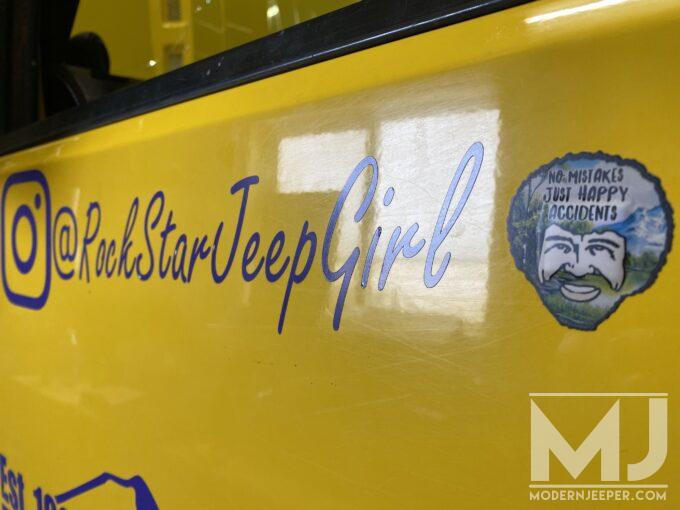