mahindra3
MAHINDRA THAR DESCRIBED AS “JEEP CJ LIKE” This next round of Mahindra’s has been seen around the internet enough that we felt compelled to...

This next round of Mahindra’s has been seen around the internet enough that we felt compelled to bring ModernJeepers up to date. The Thar is showing up!

No, it’s not a Jeep as most readers know. And yes, there has been a battle between Mahindra and Jeep over the “look.” But alas, Mahindra continues to march on.

The Mahindra Thar is a compact, mid-sized, four-wheel drive, off-road Jeep CJ-like SUV manufactured by Indian automaker Mahindra and Mahindra Ltd. The vehicle was launched in the Indian market on October 4, 2010[1] to fill the void left by its predecessor, the Mahindra MM540. The Thar has been voted one of the top-10 SUVs available in the Indian market. 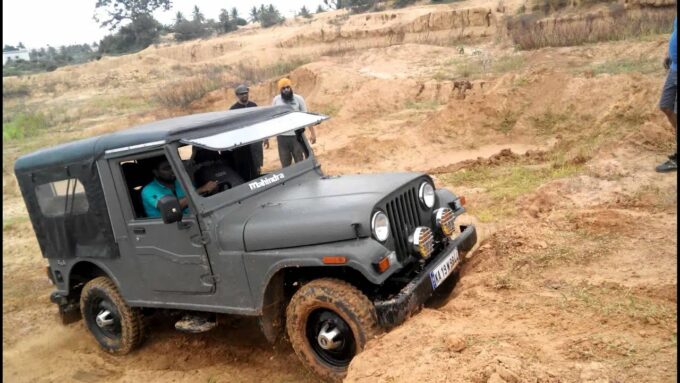 Three variants – DI 2WD, DI 4WD, and CRDe, are available with soft-top versions. The Thar also comes with a seven-seater option, though it can be converted into a two-seater.
The seven-slot grille came from the old days of Willys. Throw in the circular headlights spread apart in this version to give the look of a wide stance.

From our friends at Rushlane.com:

“The bonnet has more surface area than before and the flared wheel arches (both front and rear) are more pronounced. While the standard vehicle will continue to be equipped with tarpaulin top, Mahindra could surprise us with a hardtop variant as well. The rear fascia will receive a tailgate with proper glass windshield and revised combination lights.

Overall, the new Mahindra Thar will have a much better road presence with a hint of modernity. While the exterior design is more of an evolution, the interior is completely new. The SUV receives an all-new dashboard with upright panels, better equipped center console, new instrument console with MID and a multi-function steering wheel borrowed from the TUV300.” 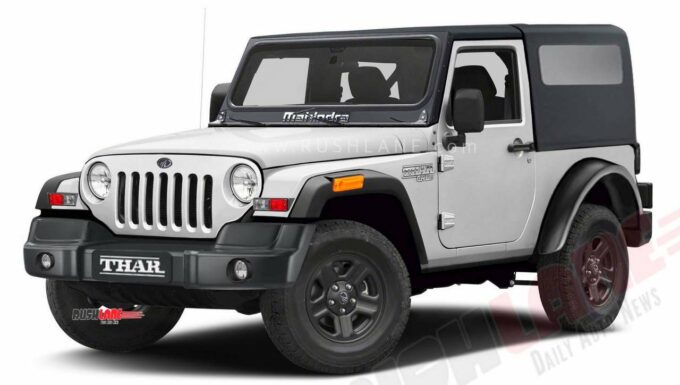 ModernJeepers will look forward to seeing the results of any crash tests this baby gets.

And yes, it comes with diesel (2.5-liter) that might also receive the new Mahindra 2.0-liter diesel that is reported to kick out 140 hp. Wow!
##
Read where Jeep scored in a legal action against Mahindra here.

The ModernJeeper Show, Ep. 75 – Bob Sweeney, President of Jeepers Jamboree – the Grandaddy of all Jeep Events