Jeep37
If you are ever in Wyoming and find yourself with some time, there is a place every jeep enthusiast should stop. In fact, if...

If you are ever in Wyoming and find yourself with some time, there is a place every jeep enthusiast should stop. In fact, if you aren’t anywhere near Wyoming and have some time…there is a place that you should visit. Located in Dubois, the National Museum of Military Vehicles is a new found gem in the area. We found this place driving through on our way to Yellowstone National Park. It just recently opened in August of 2020 and is an amazing collection of military vehicles.

The owner, Dan Starkes, has quite a private collection of the war time era vehicles and guns. He has a wealth of knowledge of all the vehicles displayed.  He also does tours of the facility and narrates the history behind his collection. This 140,000 square foot museum is a VERY impressive collection of unique military vehicles, including nearly 475 + fully restored vehicles. The museum contains not only military vehicles but artillery pieces, naval vessels and aircraft from 1897 to present, with emphasis on the American experience in WWI, WWII, the Korean War and the Vietnam War. The founders mission for the museum is to tell the stories of how these vehicles were used and to remember the valor of servicemen and women who fought and died in them. In 2012, Mr. Stark bought a tank, it was the start of something huge, so much that he acquired hundreds more tanks, Jeeps, trucks, motorcycles, landing craft and other military vehicles. It’s now one of the biggest collection of military rolling stock in the U.S. outside of the armed forces themselves. 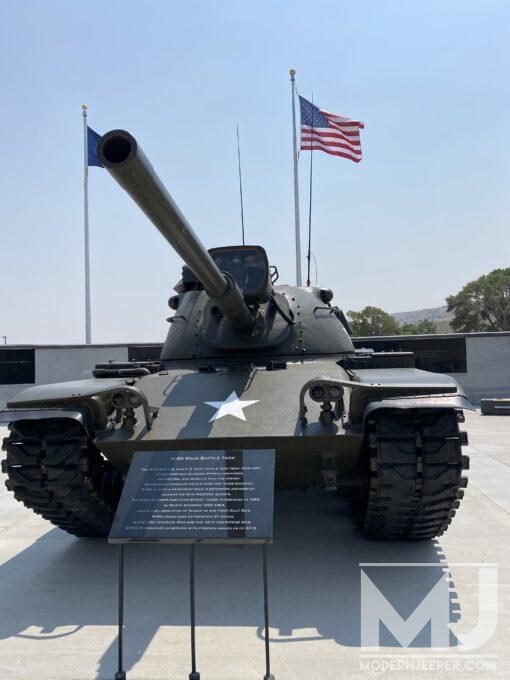 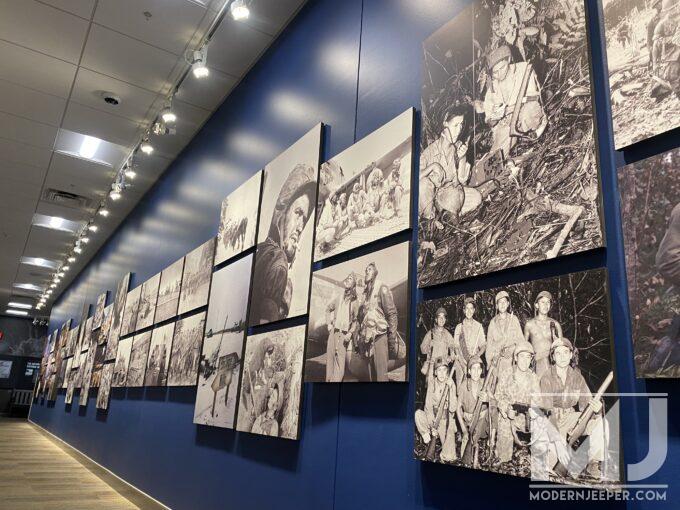 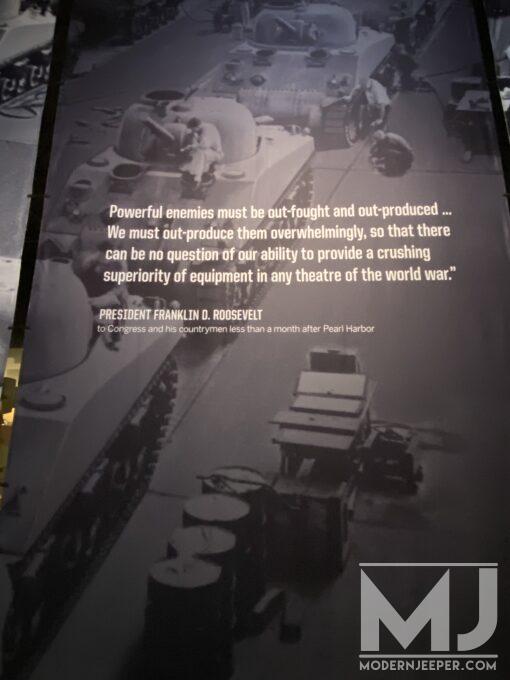 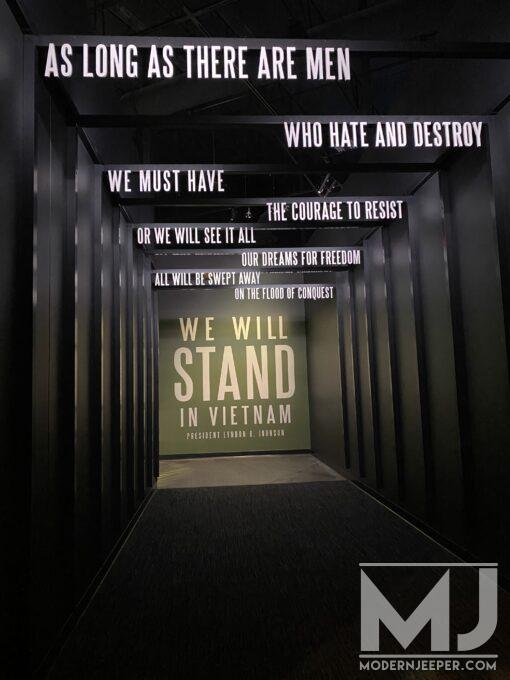 Of course, the main interest we had were the Jeeps! To every Jeep enthusiast the birth of the Jeep is an important part of military history. If it weren’t for these times in history Jeep would have probably never been born. The Jeeps displayed in the museum include the Ford GP Jeep , Ford GPW Radio Jeep W/ trailer, Ford GPW Jeep, British SAS Jeep and the Willys MB Jeep w/ trailer. They are all restored and magnificent! The impact of walking through this museum had on me was something I won’t forget. They have done an amazing job on the sights, sounds, and smells of the history inside. I am certain it could trigger many feelings if you have served in any war time setting. 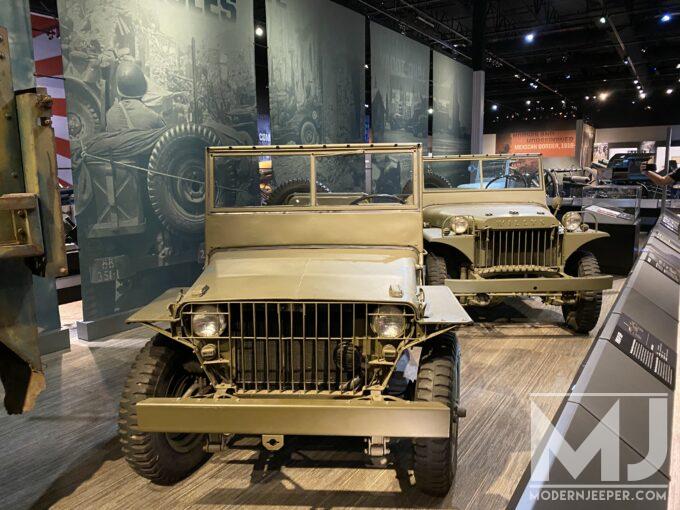 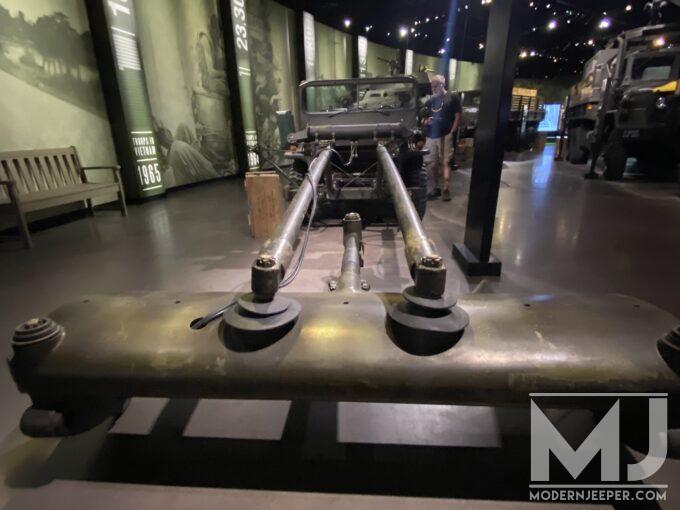 As a Jeep enthusiast, most of us know the magic year when it all started, 1941. This year is stamped in every jeep and the history and stories are worth exploring. The Jeep became the primary light wheeled transport vehicle of the US military and its allies, Eisenhower called it “one of the three decisive weapons the US had during WWII”. It was the worlds first mass-produced four-wheel drive car; almost 650,000 units were built. In many respects, the Jeeps became the iconic vehicles of WWII, with an almost mythological reputation of toughness, durability, and versatility. Not only did it become the workhorse of the American Military, it replaced the use of horses and other draft animals. Military Jeeps were adopted by countries all over the world. As General George Marshall called the Jeeps “America’s greatest contribution to modern warfare”. The success of the Jeeps inspired both and entire category of recreational 4WD and SUVs making “four-wheel drive” a household term. Jeep is one of the most influential designs in automotive history. 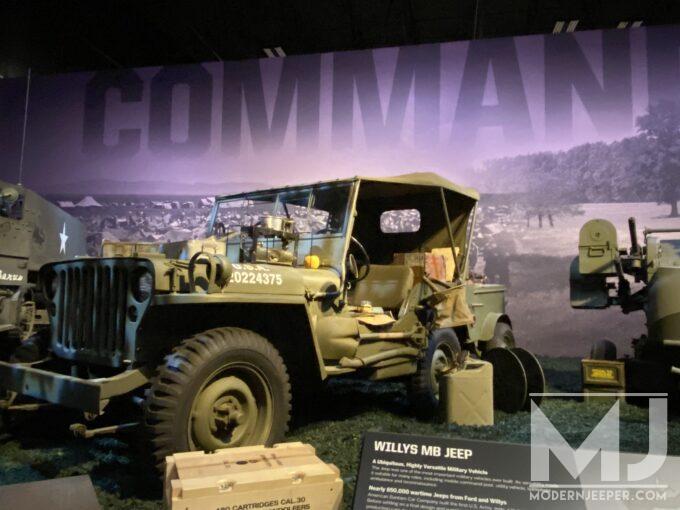 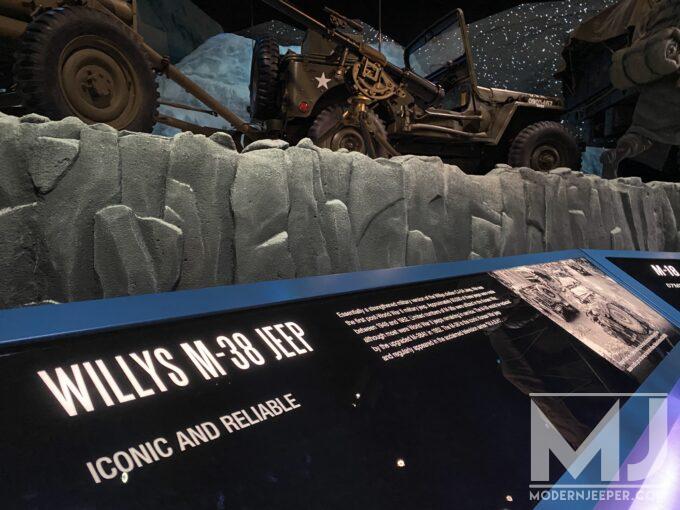 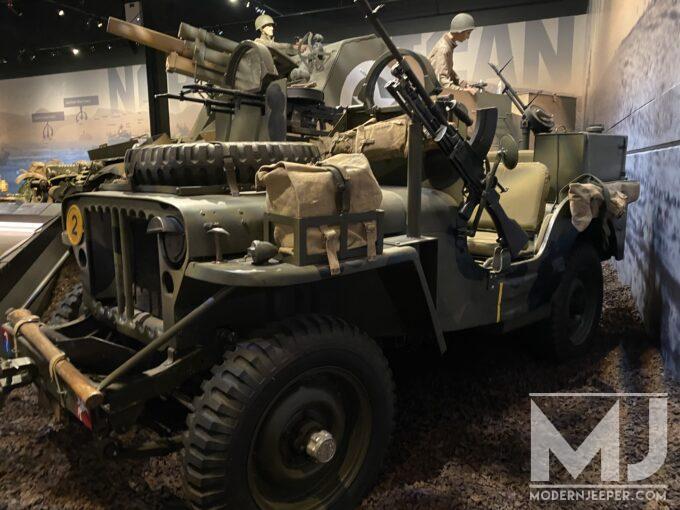 We had the privilege of getting a tour with Dan Starkes the day we happened to pop in. He is very passionate about teaching the truths and history of this amazing collection. I highly recommend venturing out to this museum, it is well worth traveling to. Happy Jeeping! Get out and explore! 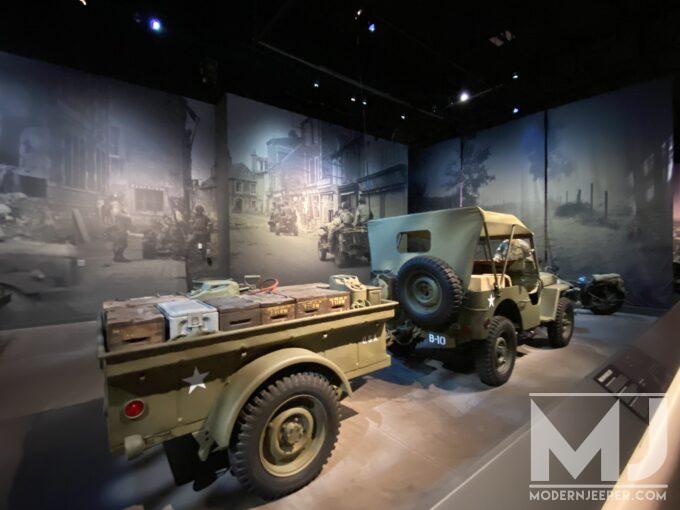