Mysteries Behind Maps — What Every Jeeper Should Know

Special to ModernJeeper by Tom Severin of Badlands Offroad Adventures (also the guide of our Feb. 2019 Death Valley ModernJeeper Adventure). 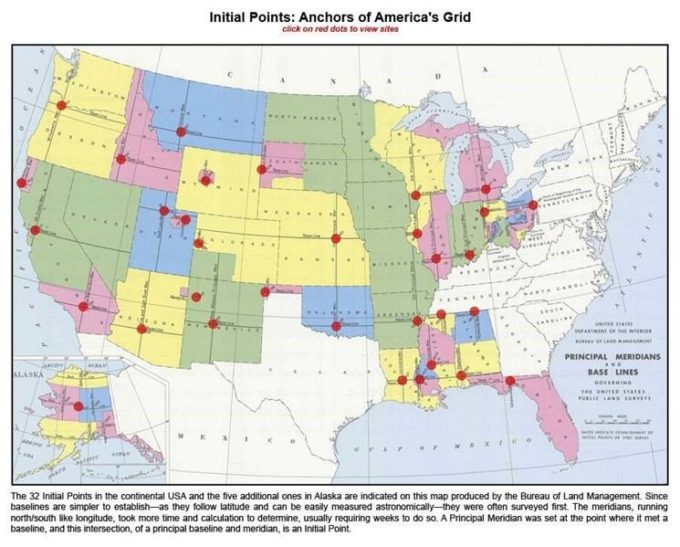 Approval for approximately 4 ½ miles of the trail controlled by the BLM in Nevada, was required by the Las Vegas BLM Field Office. Their permission required that I also obtain permission of any private land we crossed in Nevada. Using maps that show private ownership in white and BLM ownership in pink, I discovered that we would cross private lands in Section 24 of Township 33 S Range 65 E; Sections 24, and 14 of Township 33 S with Range 65E; and Section 19 Township 33 S Range 66E.

I contacted the Clark County Assessor’s Office to obtain ownership information based on that description of the land. As you can expect it took quite a few phone calls to find the right person who could give permission. Most of them had no knowledge of the Mojave Road or that it crossed their property.

You probably have a GPS device in your vehicle. And I’m sure you’re quite familiar with State Highway and county roadway maps. But one more tool – equally valuable, in my mind – should also be in your skill set with real maps as the above story indicates. 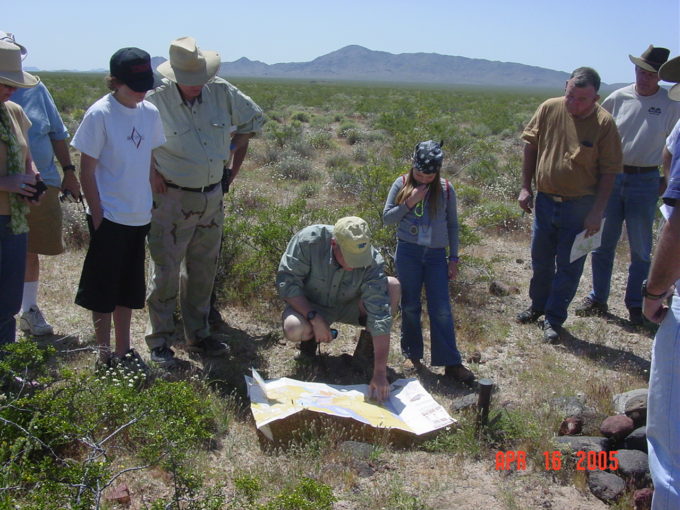 It’s based upon a process invented in the 18th century, but the information generated is quite useful today.

The process is called the Public Land Survey System (PLSS), and it is how this nation surveys and plats land. The PLSS incorporates standardized shapes and sizes of land units, whose designators are still used to formally identify parcels of land.

During colonial times, surveyors used metes and bounds, a somewhat arbitrary process that relied heavily on landmarks (like trees, rocks, and creeks) to establish boundaries.
Soon after the Revolutionary War, Thomas Jefferson pushed for the Public Land Survey System to standardize how farming and ranching land was surveyed. In 1785, Congress passed the Land Ordinance act establishing the PLSS as the official surveying process for the new territories. (The exceptions to the PLSS are the original 13 states and Texas, which was already surveyed when the US acquired it. A number of additional properties previously acquired by individuals under French and Spanish Land Grants were accepted in the US as valid land descriptions.)

PLSS established the township as the basic unit, an area six miles by six miles, or 36 square miles. The township is divided into 36 one-square-mile units called sections. Each section is can be further divided into ½ sections, quarters sections, etc.  A quarter section is 160 acres.  A 160-acre quarter section may seem familiar since it later became the amount of land that could be claimed under the Homestead Act of 1862. 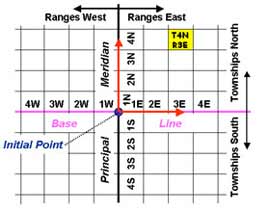 A township is named by its position in the grid and further by its associated Meridian and Baseline. A township is numbered based on how far north or south it is of the base line. The term Range is used for how much east or west the Township is of the Meridian.

So, Township 33N 65E is the 33rd township north of the Mt. Diablo baseline and 65 townships east of the Mt Diablo Meridian. (Nevada is surveyed from the base line in California.)

The 36 sections (1 square mile) in a township are identified by a number from 1 to 36.
The numbering starts in the upper right-hand corner going right to left to 6, and then drops down one section and numbers back left to right, and so on.

All properties are legally defined by their location within the PLSS. That’s how you end up with this sort of property description:
The southeast quarter of section 24 Township 33N and Range 65E.  If you only owned part of the 160
acres above, it might look like this: The north ½ of the SE quarter of Section 24 T33N R65E. 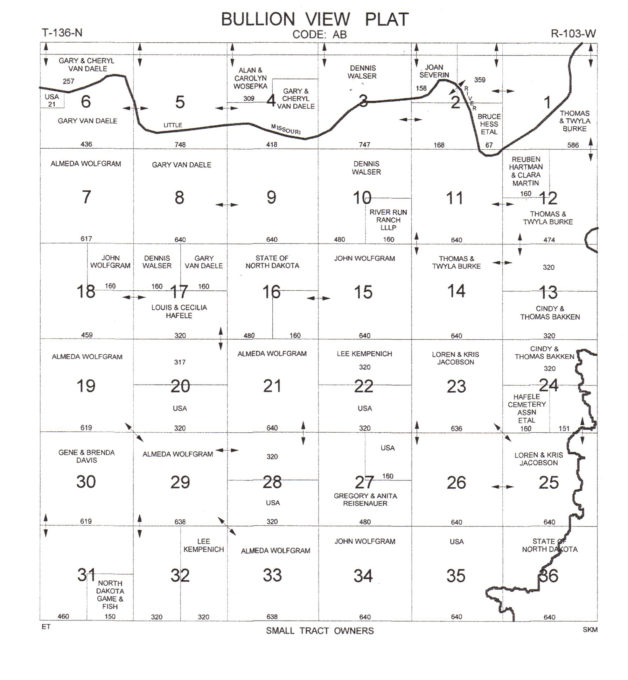 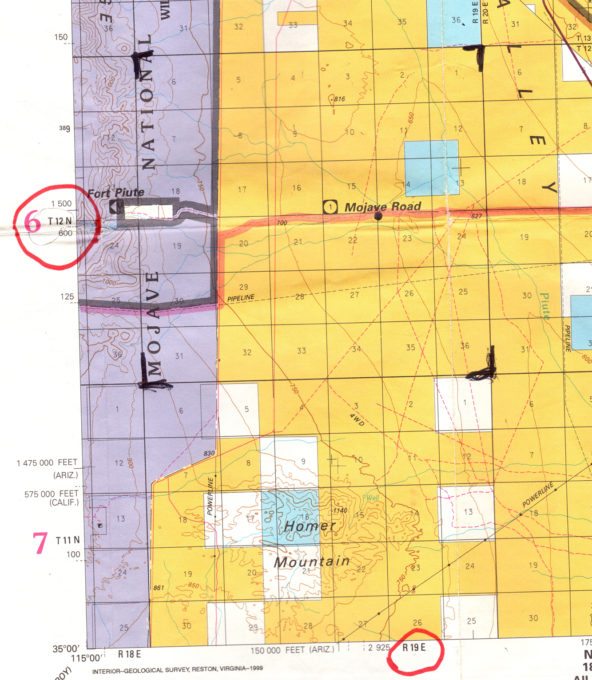 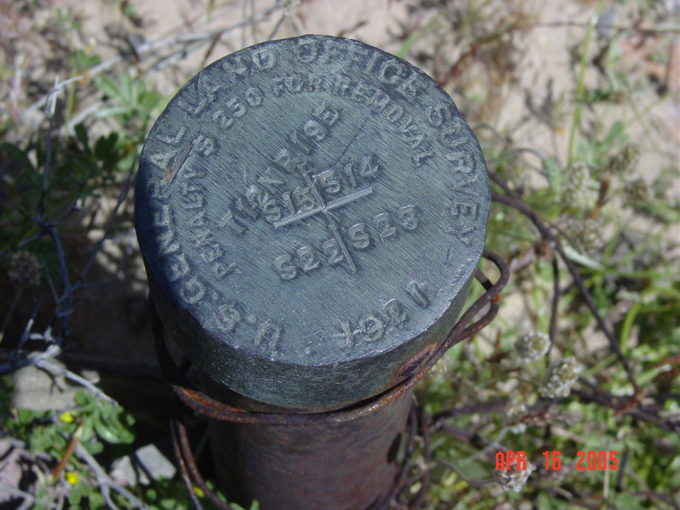 Keep in mind that a township is a set size of land. A small community might be called a township – Union Township, for example – but here we’re talking about a legally defined size of property used for surveying. In many, but not all cases the survey unit and the civil unit are the same. 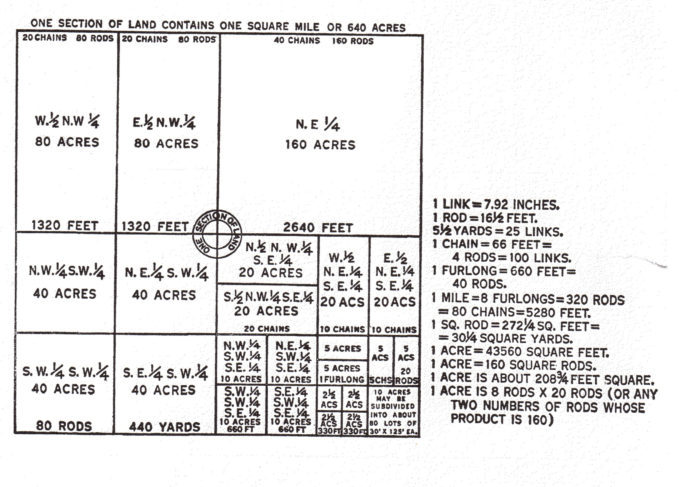 With this more organized method of surveying, the federal government could begin surveying and selling lands acquired in the 18th and 19th centuries.

Why it’s useful to understand PLSS
OK, now you have some understanding of why a 230-year-old process is still in use. But we’re four-wheelers, not surveyors. Even so, there a few good reasons for understanding the PLSS. Most of the maps we use off-road show the grid of sections and townships. 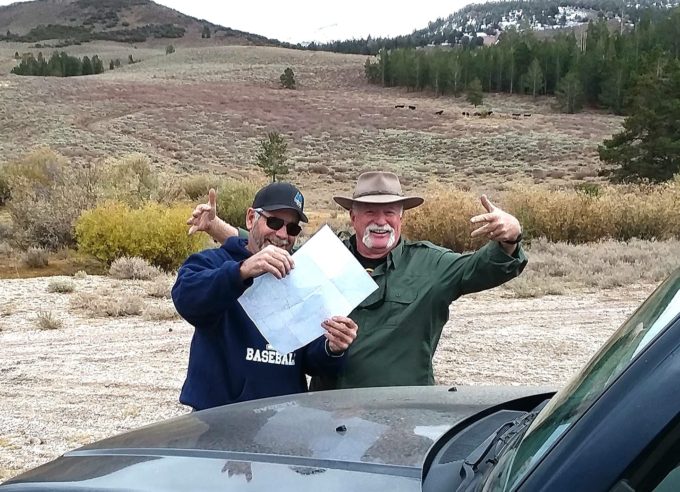 Nothing like a real paper map and two lost jeepers!

Judging distances: Recall that sections are one square mile in size (one mile on a side). You can make a rough calculation of distances based upon the number of sections between you and your destination.

Determining ownership: As in the story above, you can ask, are you on BLM land or a national forest? (The properties may be colored coded as well.) This will tell you which agency is administering the land. You then know where to turn for permits, passes, information, and so on.

State School Land: In the original 1785 act the PLSS designated section 16 as school land. If a school was built on the south east corner, it was centrally located for all the kid in the township. This land transferred to State control when statehood was achieved. The State could use the land in any way they saw fit to fund education. They could sell it, trade it, or lease the mineral, timber and grazing rights. It is generally the blue squares on the map. In most states, State School land is open to 4-Wheeling although you should check out your state specific restrictions.

Enriched experience: Learning how to use a PLSS map adds to your 4WD experience. Map reading is crucial while four-wheeling; understanding townships and sections on your map could come in handy someday. If nothing else, you’ve learned something that could score you a beer during a trivia contest.

For more information on the Public Land Survey System, spend a few moments on the Internet. Then consider a PLSS-style map for the area in which you like to go four-wheeling.
# # #