ModernJeepers Explore a Once in a Lifetime Wildflower “SuperBloom”

nature1 wildflowers1
Special to ModernJeeper by Chuck Brinkley, Golden Shores Off Roaders. The Editors As the national news was focusing on the Poppy phenomena in Southern...

Special to ModernJeeper by Chuck Brinkley, Golden Shores Off Roaders.

As the national news was focusing on the Poppy phenomena in Southern California, ModernJeepers in western Mohave County, Arizona along the Colorado River were experiencing a once in a lifetime wildflower bloom. 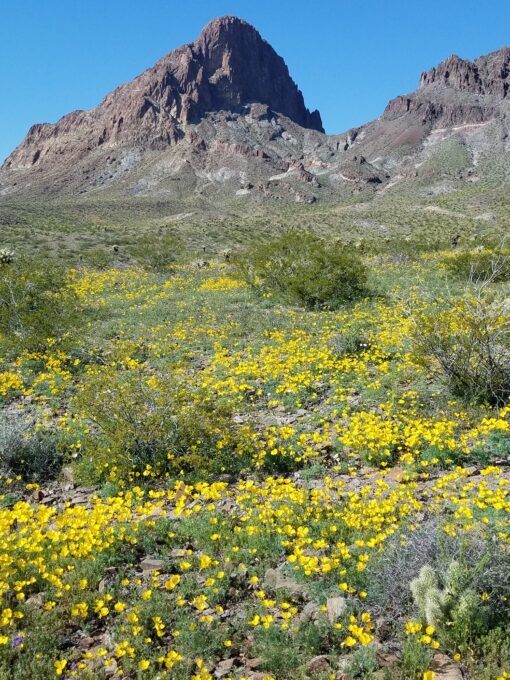 Low down in the river valley the hills turned green with new growth in late January and by mid-February those same hills began to turn the bright yellow of Golden Evening Primrose and the deep purple of Scorpion Weed (Blue Phacelia). In the bottoms, washes and ancient sand bars of the flood plain Lupine, Sand Verbena, desert Evening Primrose, Jimson Weed, Desert Lilies and many other species began to reach towards the sun.

While the bloom in the low Desert was beginning to come full, a bit higher up in the Black and Mohave Mountains the Arizona, California and Mexican Poppies were all growing nicely and starting to bloom.

By mid to late March the Poppies were blooming along with Lupine, Desert Salvia, Pincushions, Desert Asters and the list goes on. I believe this ModernJeeper has noticed at least 40 different species so far this spring.

As we move in to April, the Poppy bloom is in its full glory. Moving through April we will see the low Desert annuals and the higher desert Poppy bloom start to be fade and be replaced by the bloom of the perennials of the area such as, Greasewoods, Brittle Brush, Desert Lavender, Globe Mallow, Indigo, Yuccas, Joshua Trees and a host of others along with many types of Cactus’ that are just starting to bloom.

Just sitting in your Jeep with the windows down (or top off) the wildflower smells were truly tantalizing.  Drifting flavors of flowers were a treat to the old nose. 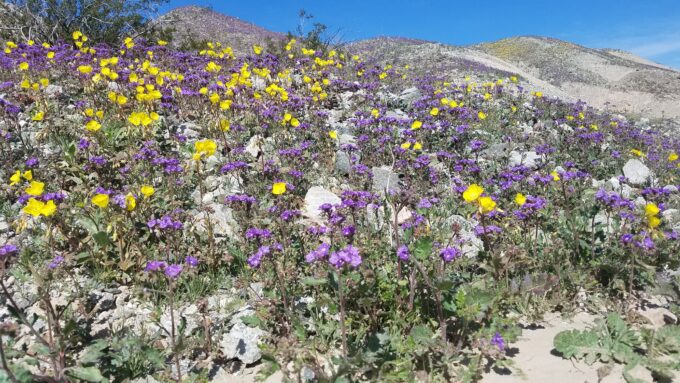 By the end of April the Palo Verde trees will start to come in to full bloom that will last towards the end of May when the last of the low Desert species should produce one more show as the bright blue flowers of the Smoke Bushes come in.

There might still be time to see this year’s incredible bloom as it moves its way up in to the Hualapai and Peacock mountains of Mohave County where a another whole world of varieties will be getting ready to go on display. 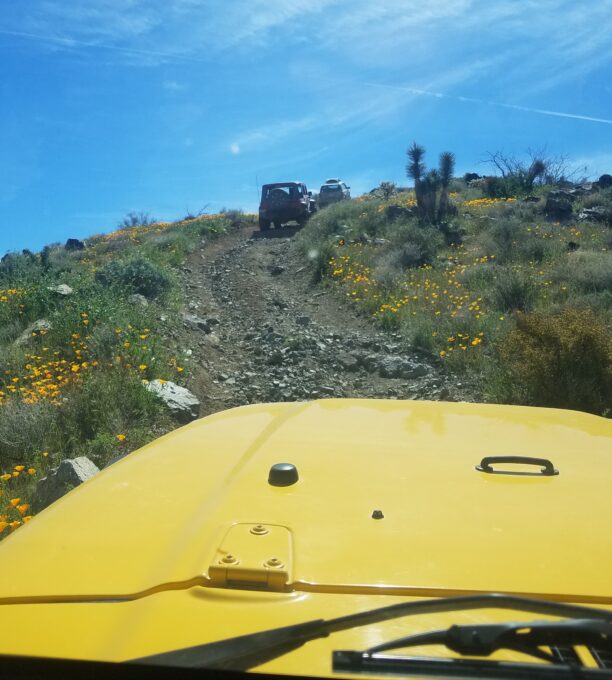 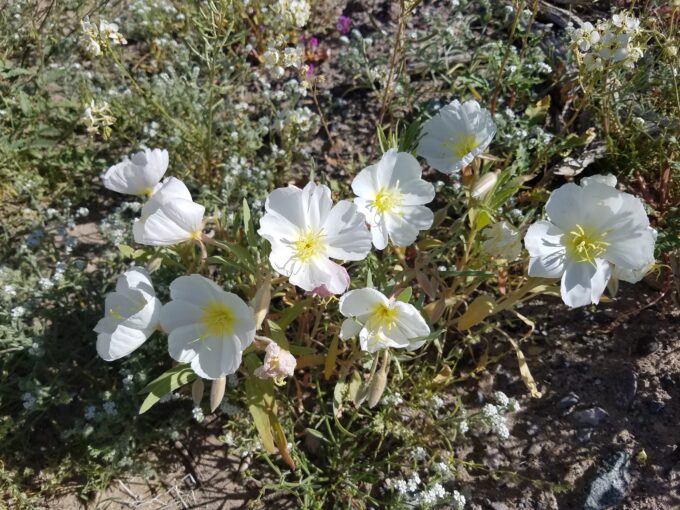 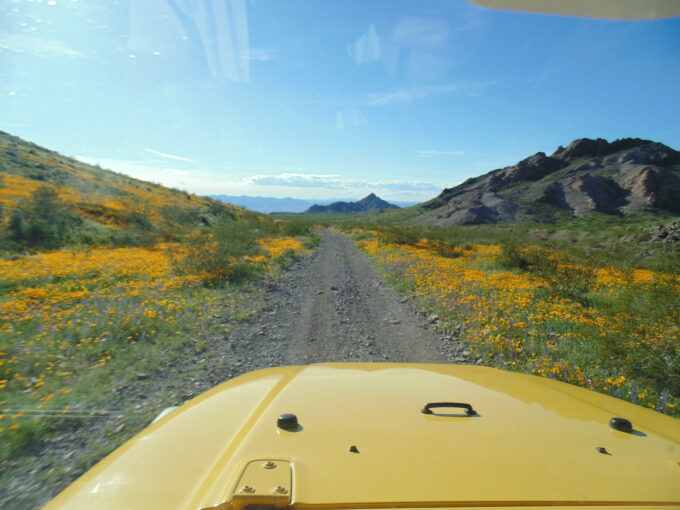 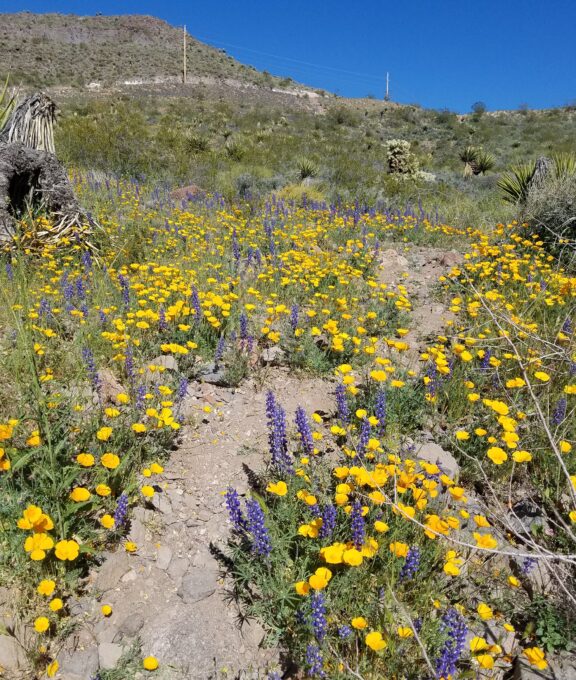 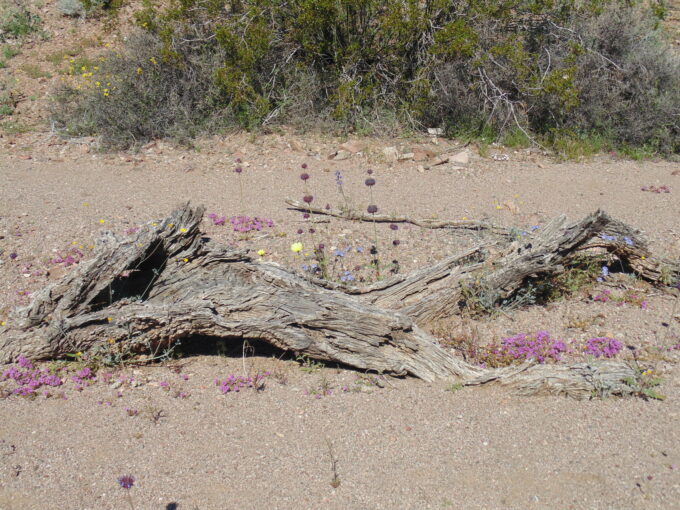 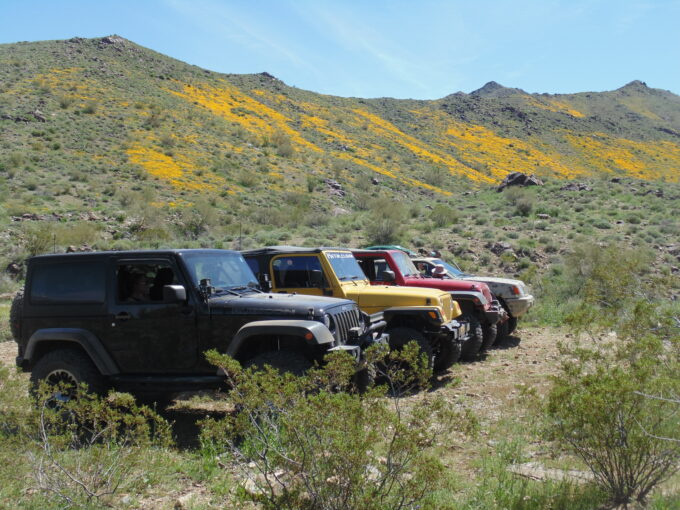 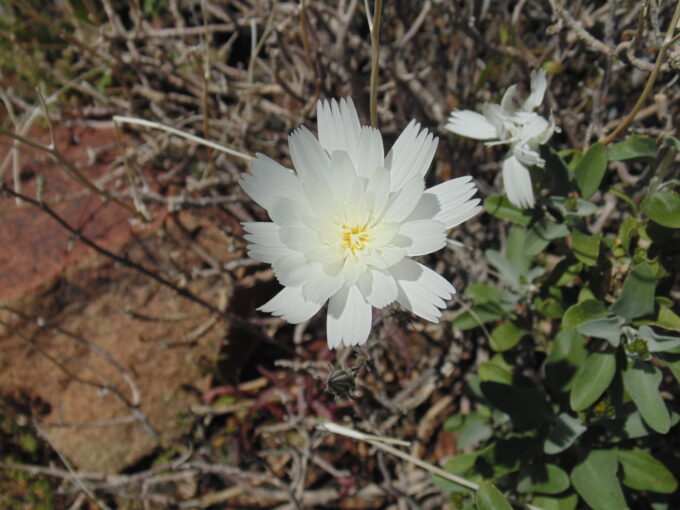 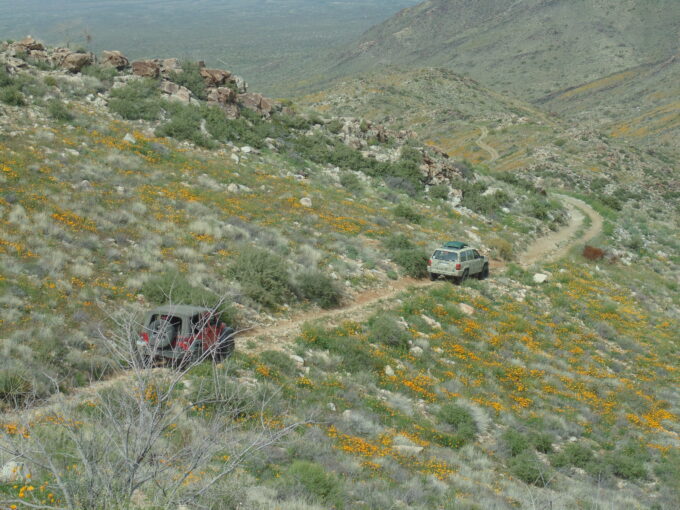 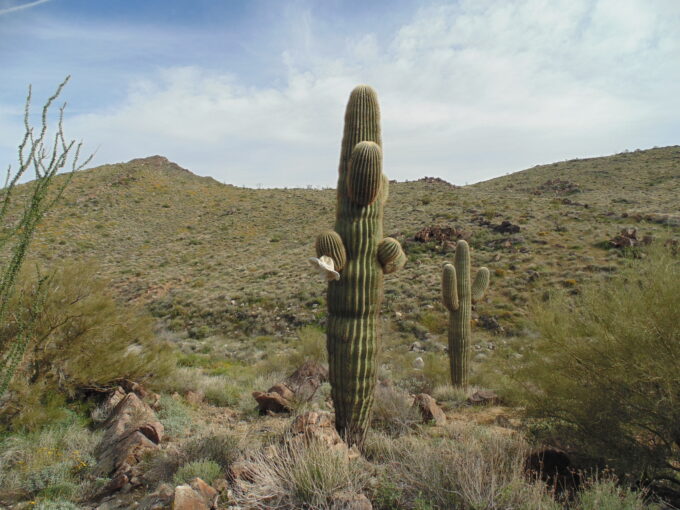 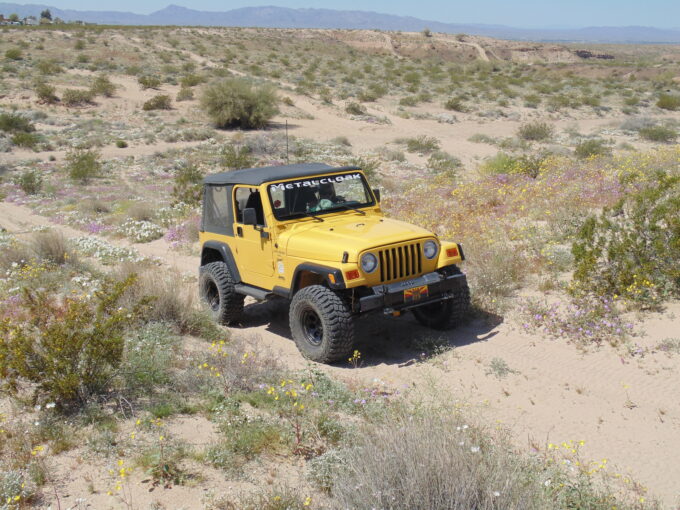