MJ Destinations4 ModernJeeper Adventures11
Any Jeep adventure that involves eerie, dark old train tunnels off the beaten path should be on every Modern Jeeper’s list of things to...

Any Jeep adventure that involves eerie, dark old train tunnels off the beaten path should be on every Modern Jeeper’s list of things to do! As an “Adventurer” of the road trip variety, the look of “where does that go”, or the “lets pull over there and explore” is overwhelming sometimes. You never know what you can find if you don’t pay attention, stop, and take a look.

In Tennessee there are many places to get “lost” and explore. When given the chance and a with a little convincing, we ended up hunting the over popular Nemo Tunnel trail in Wartburg, Tennessee. Exploring places also should involve a little history and learning about someplace new. So, after a quick google search, here is what I have found out… 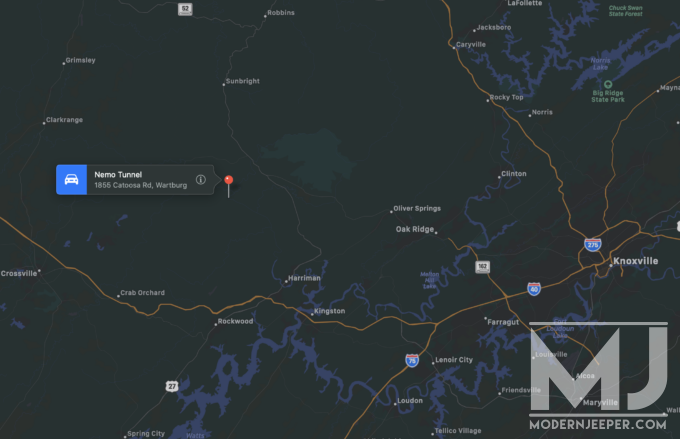 The tunnel is 2,200 ft long, 20 feet high and 15 feet across. Nemo train tunnels are 6 miles SW of Wartburg, just north of the Catoosa wildlife Management area. This area is full of hiking, kayaking, camping and trails. The main campground is next to the Emory and Obed rivers. The Lily bridge is drivable to go across and restored from the wood bridge that use to be there and is now concrete. How did Lily bridge get its name? Funny story…a couple of locals, Mr Howard and Mr Lily, had a fist fight and whom ever won got to put their name on it. Can you guess who won? The original wood bridge was destroyed, along with the town and milling in that area, by a big flood in 1929. In late 1976 the National Park Service took over and is how the Catoosa Wildlife Area was born. The big Nemo Camelback Bridge is closed to motor vehicles and sits next to the Lily bridge. 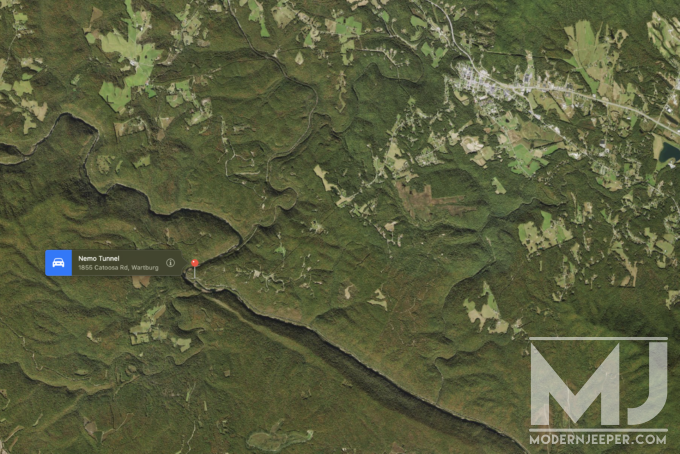 The Tunnel was bored (not hanging out with nothing to do :-)) in 1878 through the the mountain in Nemo, TN. A small depot was located just south of the south portal entrance. The adjacent tunnel is still a functioning railroad tunnel, but the Nemo tunnel was decommissioned after the 1949 flood and the tracks were pulled. There are a few more tunnels around the area but we did not explore them. The Nemo became obsolete due to train car size and that’s why it ultimately closed. New railroad leases were established and a newer tunnel one was built in 1963.  If you are a history buff on railroads there is more info out there! 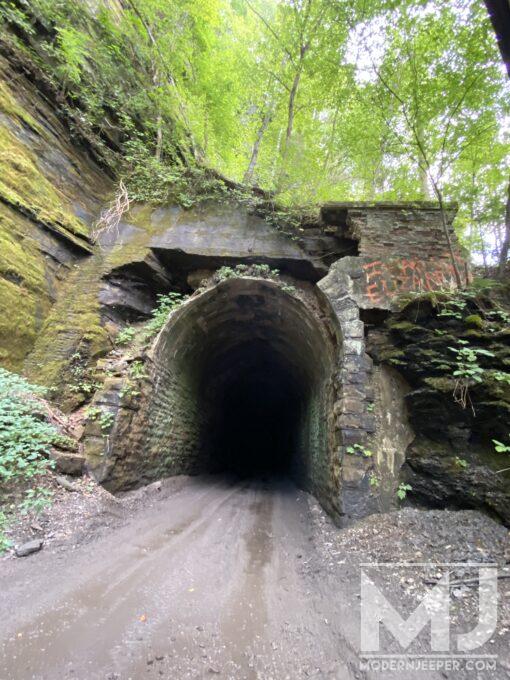 The Nemo tunnel hasn’t been widely advertised until recently when a serge of Jeeps had posted videos of going through, so of course you know we had to go do it while in the area. You are allowed to drive through the tunnel, but you have to access it through private property. SO PLEASE BE RESPECTFUL! You can see others have not been so respectful to the property which is a shame, especially if they close off access to it. Eventually, I’m sure, it will closes due to natural erosion, crumbling, etc., and will become impassable. 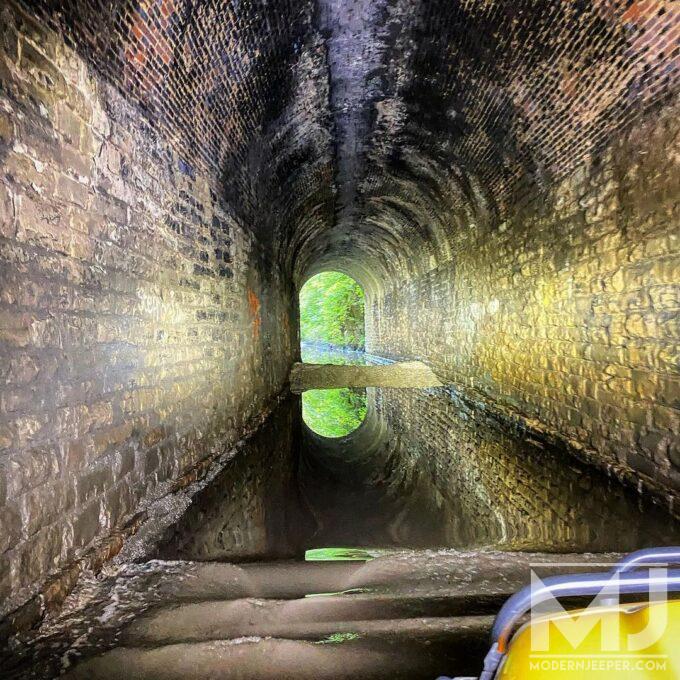 The tunnel can be hazardous and I do not recommend a car go through it. The road going through the private property isn’t that bad, but inside the tunnel the water in it can be deep and its very rocky! It’s dark and eerie and the noises it makes with water and rocks and echo are weird for me. It takes roughly 6 minutes at a slow pace to get to the other side and we didn’t explore the other roads beyond it. We turned around and came back the way we entered. It’s definitely not a “hard” trail by any means but you never know what’s under the water. There is more history on the building of the tunnel and its structure but I wont bore you with those details. It was a cool, off the beaten path adventure that every Jeeper, if given the chance, should explore!!!