[Special from Ultra4Racing.com]
The 2019 Lasernut Western Series kicked off this last weekend with the MetalCloak Stampede at Prairie City SVRA. The MetalCloak Stampede event, one that has been an annual staple in the Ultra4 Racing calendar for 7 years and counting, kicked off the season a bit early this year, making room for Ultra4 Racing’s first series race in Mexico later in the spring.
While the bump in the schedule didn’t come without wet weather, the first race weekend in the Western Series went off with a smash, bringing out over 100 drivers in five different classes for two full days of epic racing action! 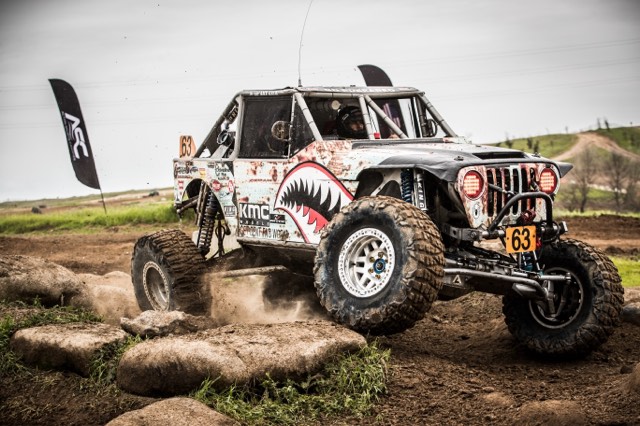 Qualifying
Due to the looming rain, qualifying was moved up by a couple hours on Friday afternoon, allowing everyone to qualify in as little mud as possible. With all of the classes mixed for qualifying, it was a who’s who of the competitive off-road racing world taking to the track in an attempt to lay down their fastest laps for more favorable starting orders for Saturday’s prelims.
While some drivers chose to play it more on the safe side, qualifying mid-pack in their classes, others went all-out. For many, that foot-to-the-floorboard action paid off with top drivers in the 4400 Class like Raul and JP Gomez, Paul Horschel and Vaughn Gittin Jr. throwing down lap times in the one minute and 50-second range, top guys from the UTV, Modified and Legends classes hitting the finish line in just over two minutes, and Stock Class competitors putting down respectable times starting in the two minutes and 30-second range.
For others, however, that drive to go all-out in qualifying resulted in less than ideal ways, from equipment breakdown and handling missteps, to full-on bicycle shows and flips– the most notable being the end-over-end somersault of Loren Healy in his two-seat 4400 Class car.
By the time Mother Nature fully let loose around 4pm, all 100+ cars had qualified, ending the day in preparation for Saturday’s races. 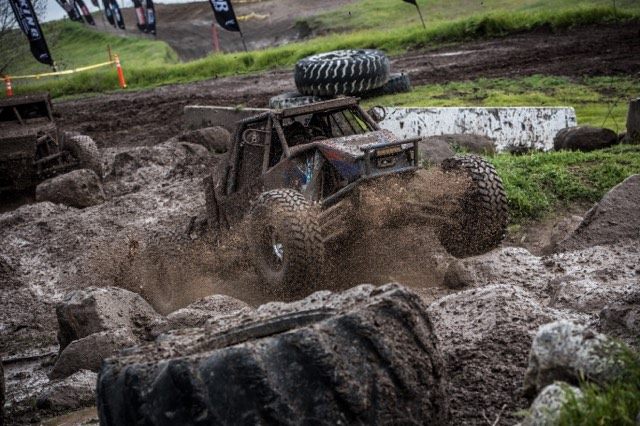 4400 Heats, B-Main and LCQ
After a full night of rain, the track was thoroughly soaked come Saturday morning, postponing all racing action until just after 11am. While the weather delay did away with prelims for the UTV and Limited classes, a full day of racing action kicked off following the 10:45am drivers meeting with the three 4400 Class heats.
With only seven competitors moving on to the 4400 Class Main from each heat, the battle among drivers was fierce. Heat One saw top 4400-class qualifier, Raul Gomez, go on to make a sweep right into the main event, with his brother JP doing the same in Heat Two and Paul Horschel taking the checkered in Heat Three.
With Healy’s flip in qualifying pushing him to the back of the pack coming into Saturday’s races, Heat One was filled with lots of cat-and-mouse action for the two-time KOH King, but in the end, he pulled out a respectable fourth place finish in the very car he had flipped the day before.
Other 4400 Class drivers who moved their way into the main straight away included the likes of Shannon Campbell, Bryan Crofts, Jeff McKinley, Vaughn Gittin Jr., Levi Shirley and Mike Bergman.

For those 4400 Class drivers who didn’t make the cut in their heats to go directly to Main, B-Main was their next shot. With eleven drivers competing for just three spots, drivers came out swinging, with Marcos Gomez, Ian Keontges and Don Fisher earning their spots in the 4400 Main race.

Eight competitors remained with just one spot left for the taking through LCQ, including Wayland Campbell, who had battled problem after problem with his car throughout the day. Fortunately for him, he was able to overcome the car troubles and pull out a win in the final 4400 prelim race to secure his spot in the Main. 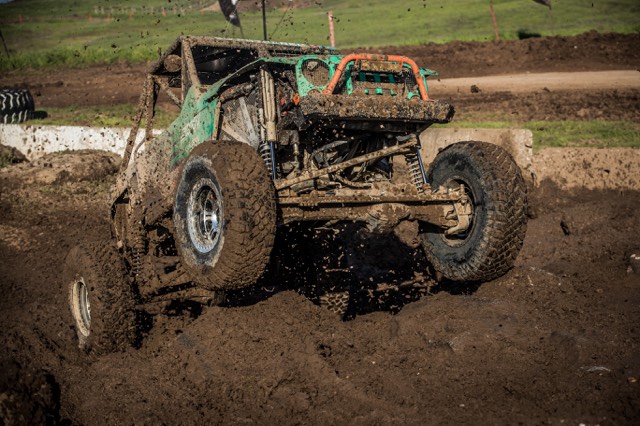 UTV and Limited Classes
Intermixed with the 4400 Class prelims were the main events for the UTV and all of the Limited classes. Due to prelims for each class being canceled due to weather and time constraints, competitors lined up in their respective classes in order of their qualifying results from Friday afternoon.
Going off the line in the pole position for the UTV class was Cole Clark, lined up next to second qualifier, Travis Zollinger. Battle as he may, Clark was unable to keep his starting position, and ended the race shortly out of the gate. In contrast, Zollinger battled at the front of the pack the entire race, eventual being passed by Loren Healy (1st), Ben Jones (2nd) and Phil Cagliero (3rd) by the end of the ninth lap, pushing him back to a fourth-place finish.
Following the UTV Main was the Spidertrax 4600 Stock Main, with Josh Atteberry in the pole position and Albert Contreras leading the pack going into lap one. Eleven Stock Class competitors took to the track for the 6-lap race. In the end, it was Contreras who took the checkered flag, followed by Atteberry in second and Dawson Allington in third. 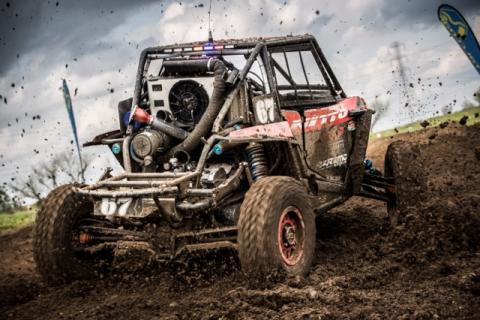 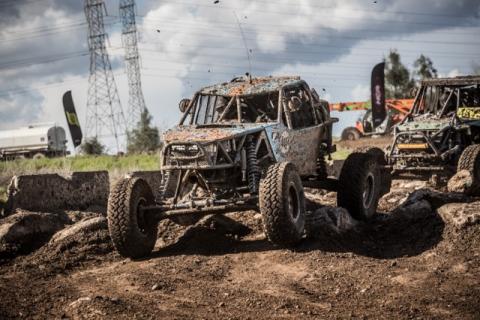 After the 4400 Class B-Main, the Branik 4800 Legends class hit the track for a 9-lap battle of grit and glory. Bailey Cole led the class out of the gate with pole position from the day before – 23 other competitors in the field breathing down his neck. Mud flew, drivers flipped and cars broke, but Bailey was able to stay out front and turn his pole position in a win in the 4800 Class, sharing the podium with David Hartman (2nd) and Craig Allen (3rd).
Following the 4400 Class LCQ, the Yukon 4500 Modified Class took to the now much tackier race course for their main event. With Jimmy Jack on the pole and Kevin Stearns going off the line right next to him, the battle to see who could get to the end of nine laps the fastest started as soon as the green flag dropped. Twelve cars started the race but just five were able to complete all nine laps. In the end, it was Dan Fresh who took the checkered, followed by Rick Lavezzo and John Grounds. 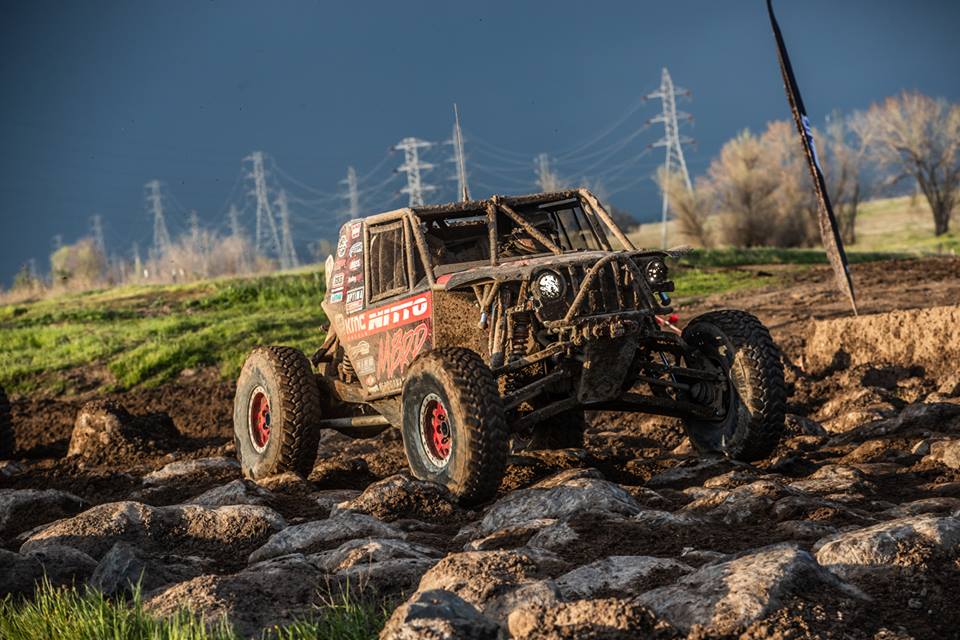 4400 Main
The final event of the day, the 4400 Class Main, kicked off just after 6pm with driver introductions and the singing of the National Anthem. Twelve laps stood between the drivers and the finish line, with heavy hitter after heavy hitter chomping at each others’ heels to get out front.
Though they had all taken to the course at least once already during the day, no driver was spared the change in course conditions from a full day of racing passed and the consequential adjustments in driving technique needed to lay down their bests. 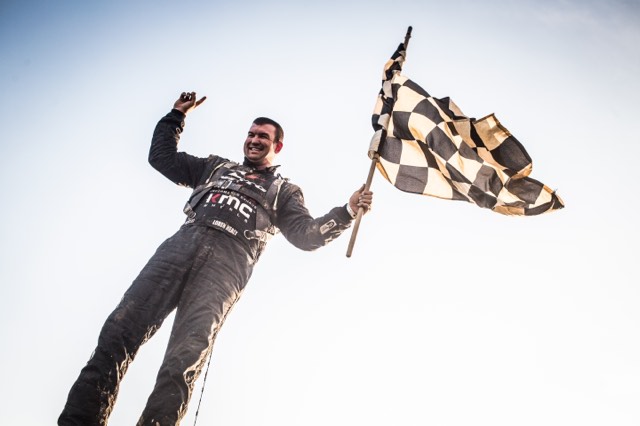 With the majority of the field hanging on through the first half of the 12 laps, each lap following saw more and more competitors fall out of the running for top positions. In the end, just eight drivers of the 25 who started were able to complete all 12 laps, with just over a minute and 30-second spread between first and eighth.
When the checkered flag was waved, it was a battle right to the end between Loren Healy, Paul Horschel and JP Gomez. But when the data came in, it was Healy by a nose, with Horschel trailing just two seconds behind for second place, and Gomez coming in third just three seconds behind him. 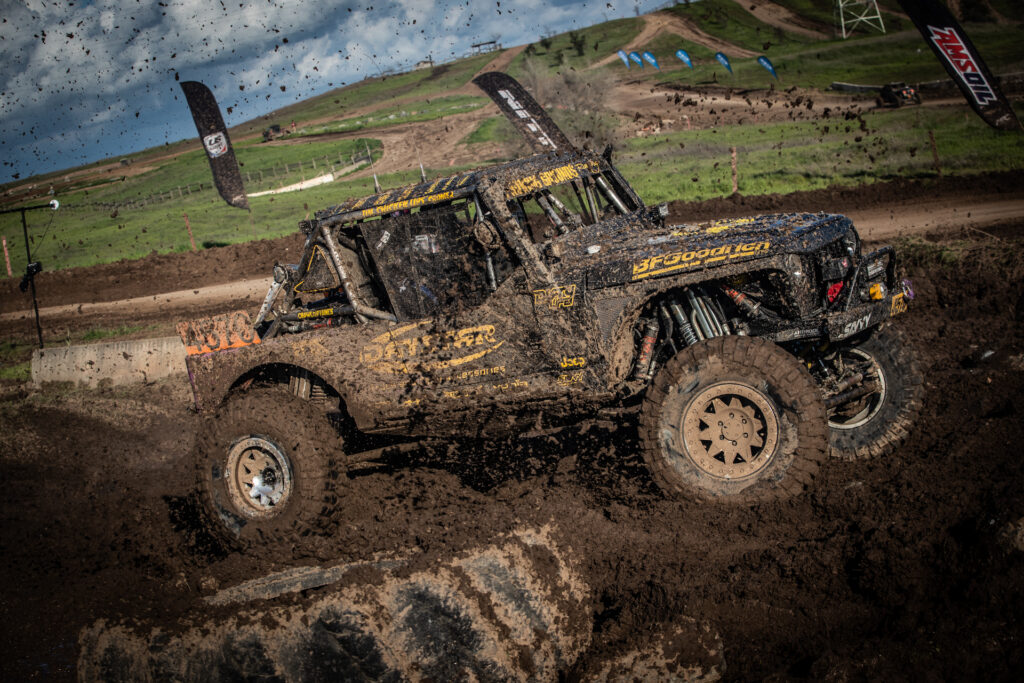 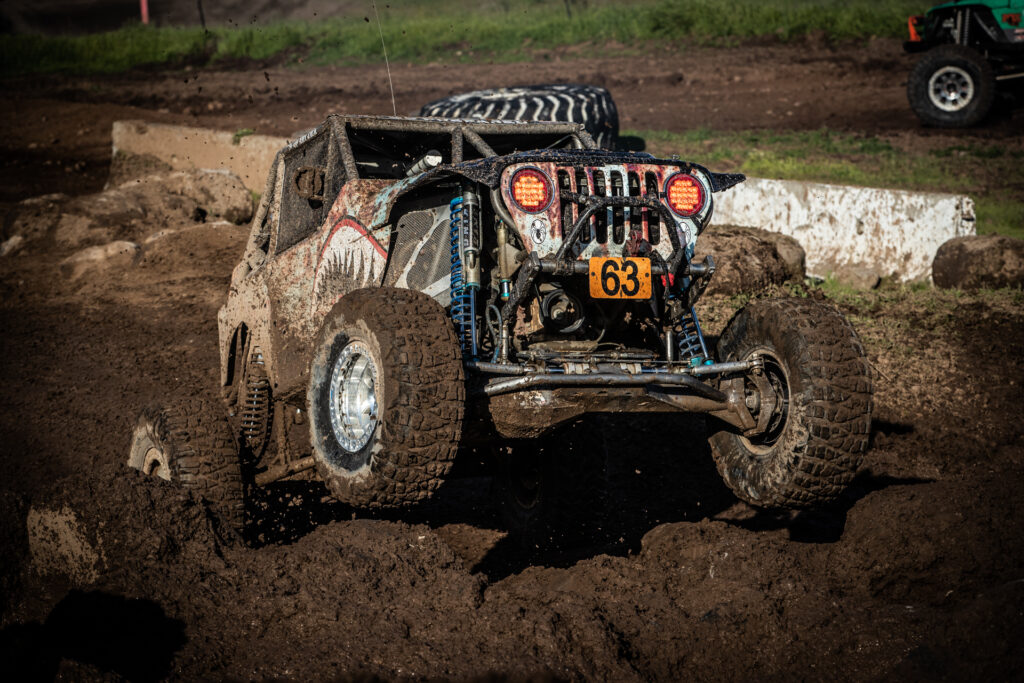 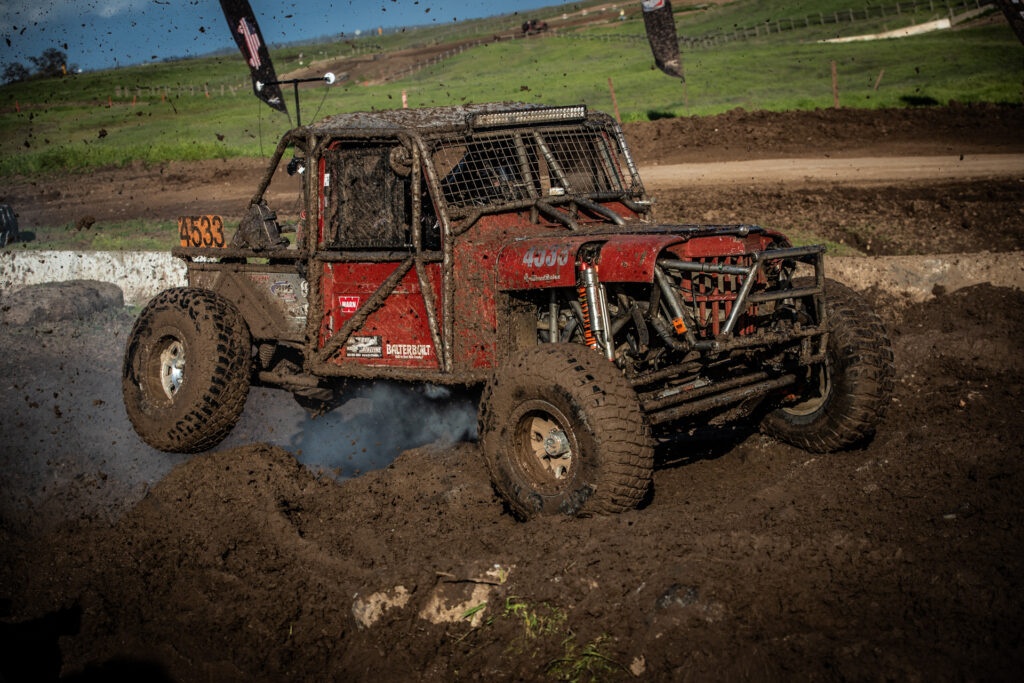 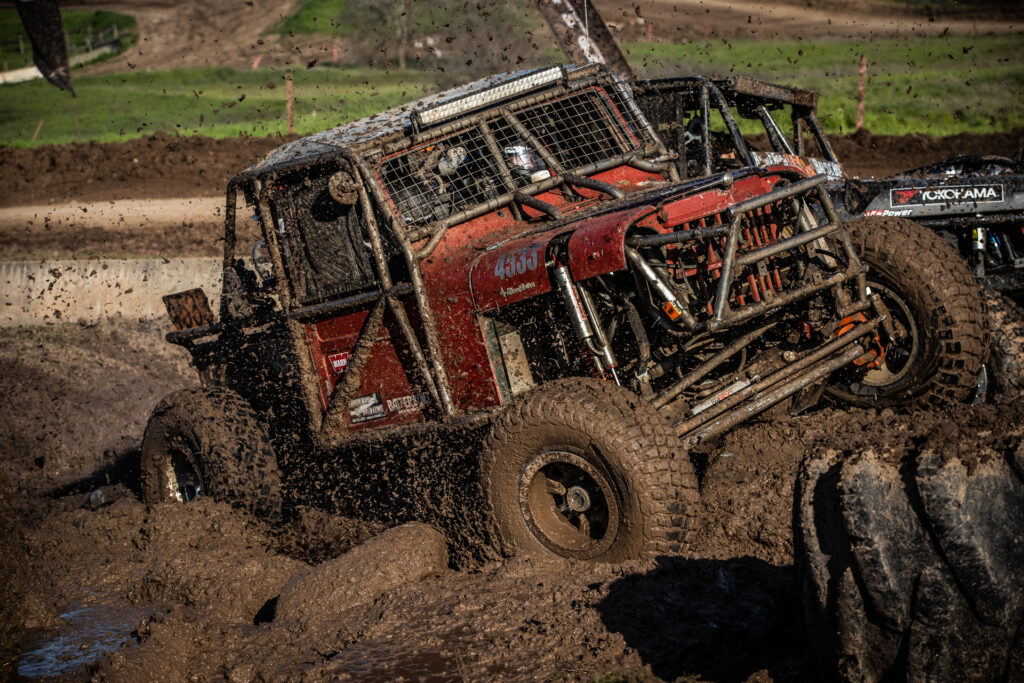 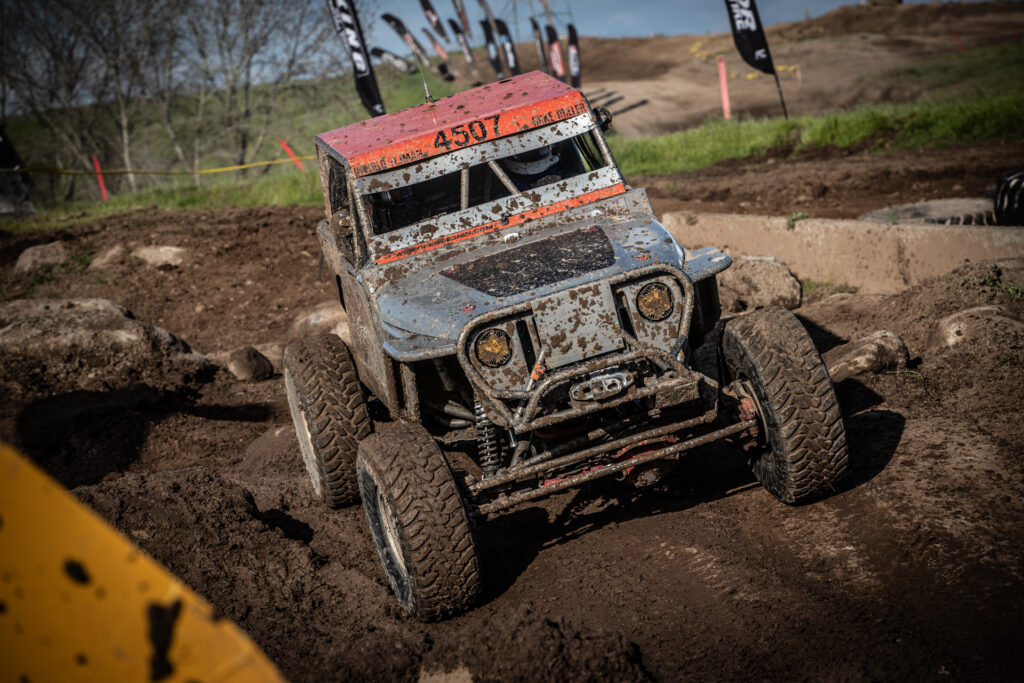 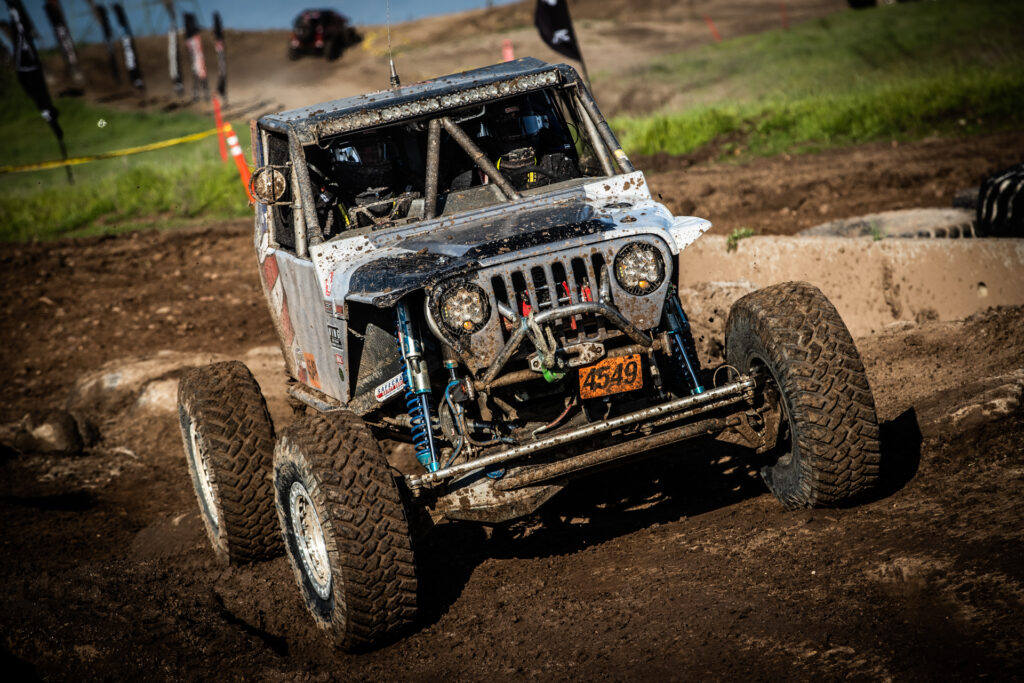 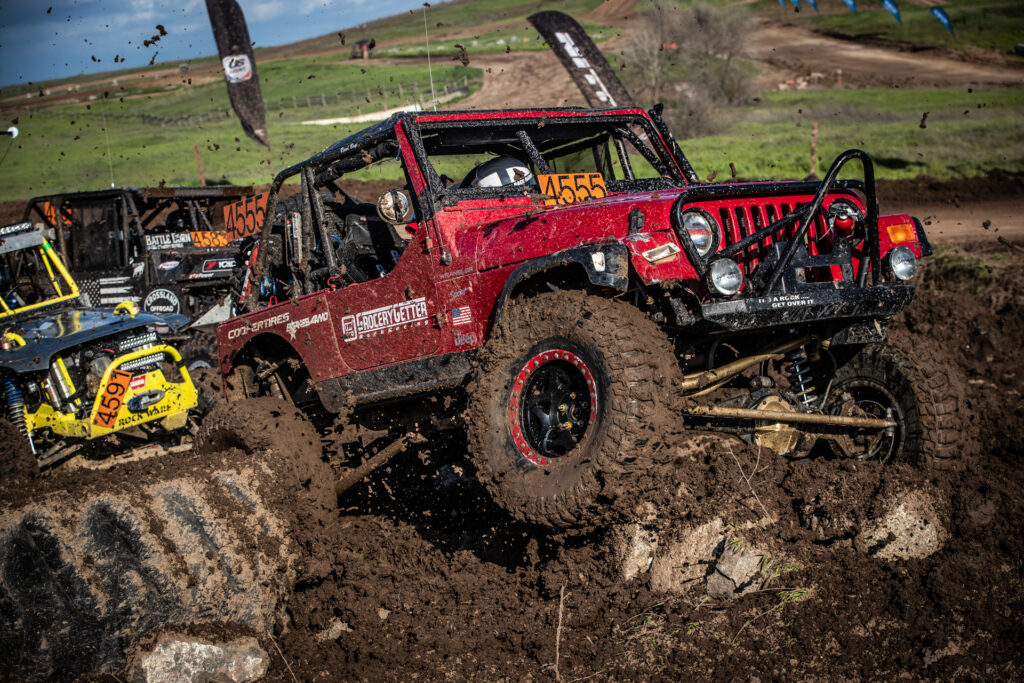 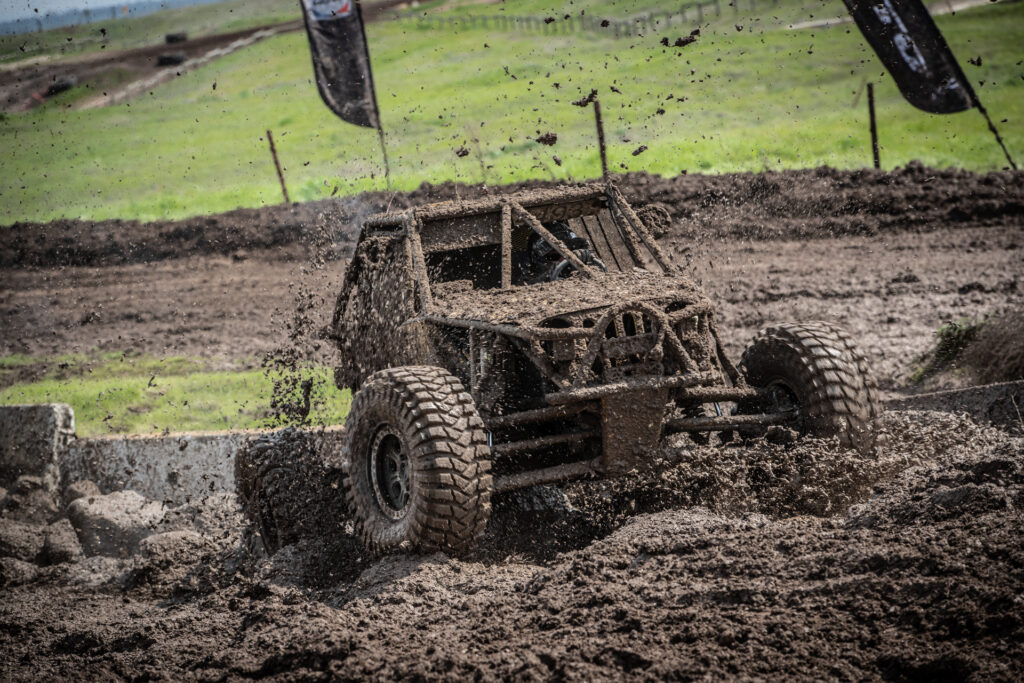 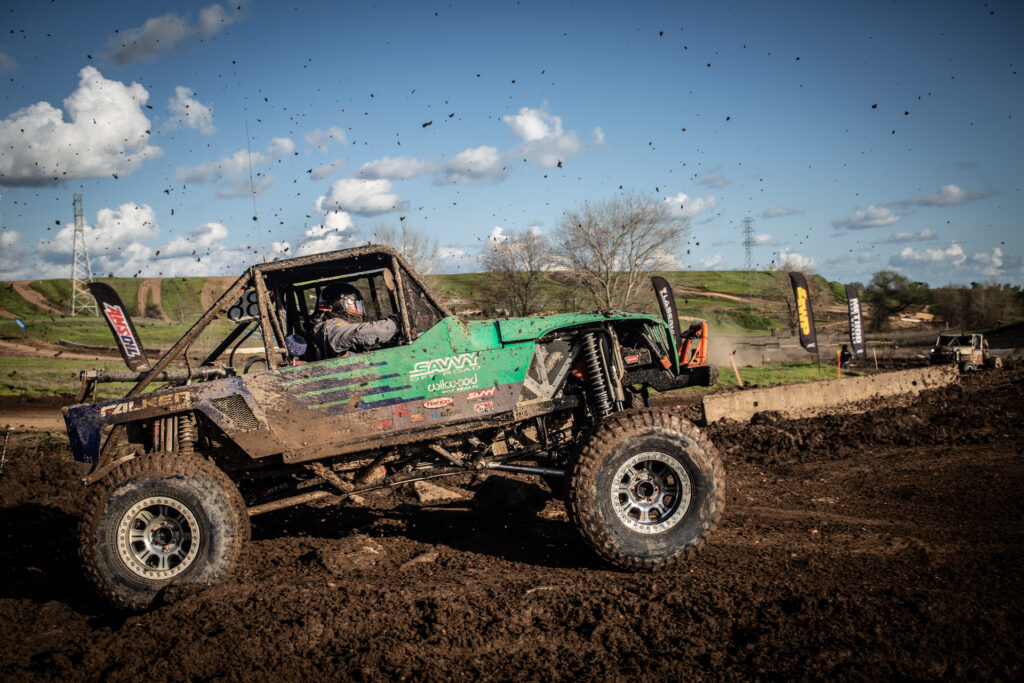 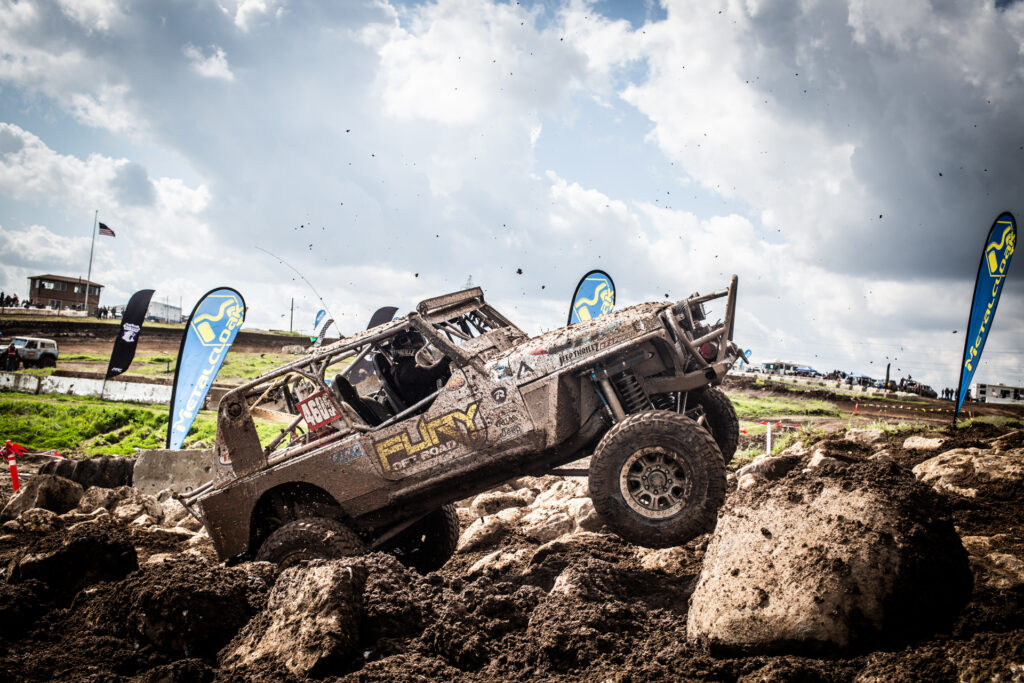 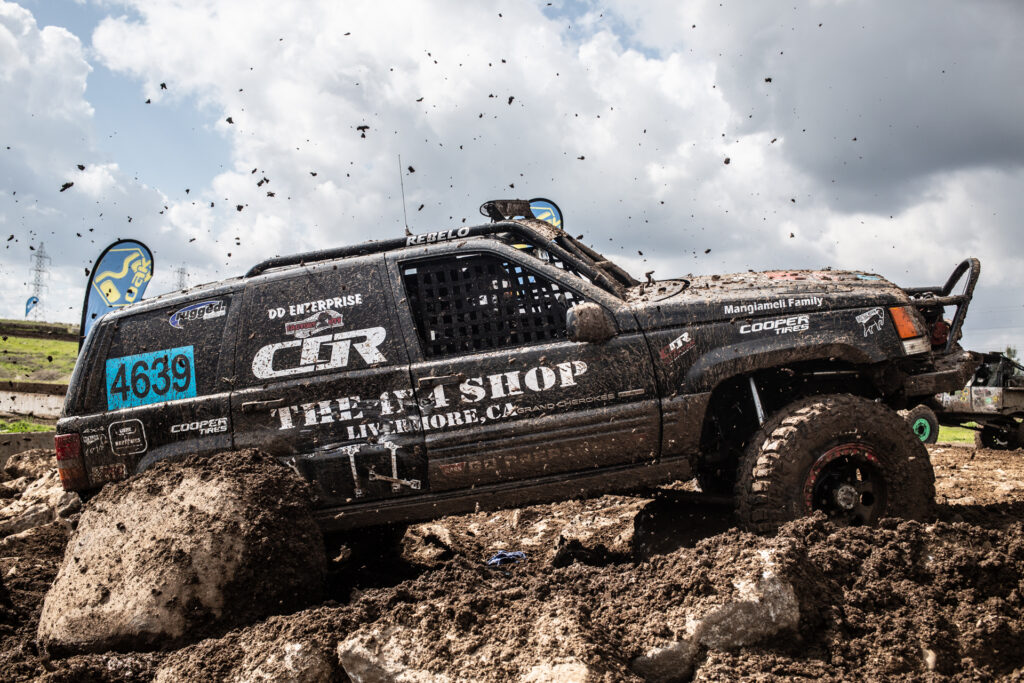 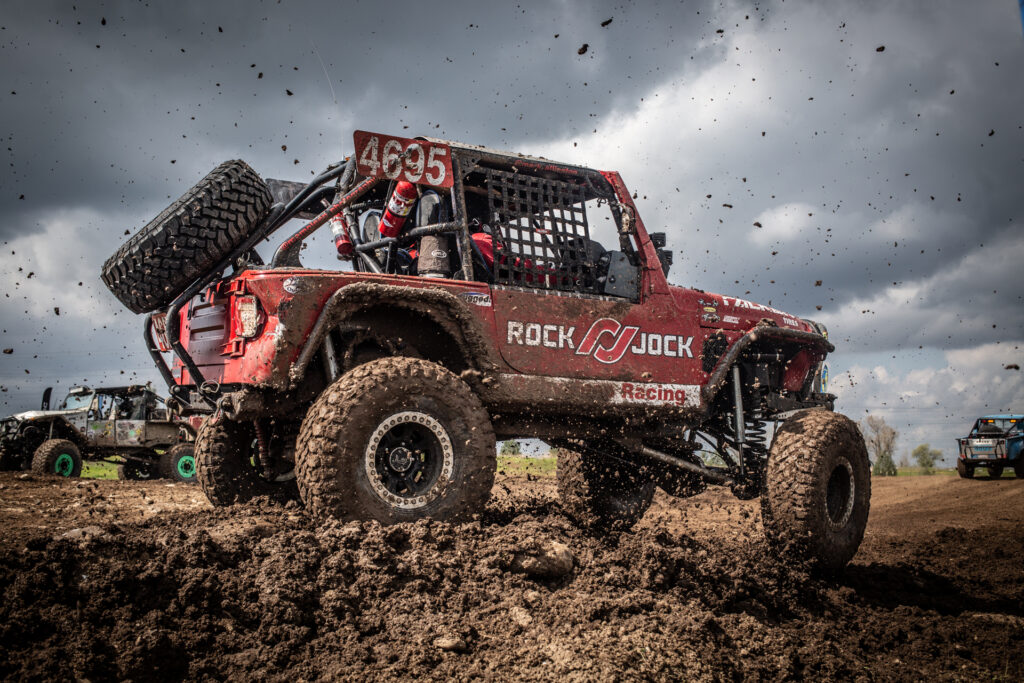 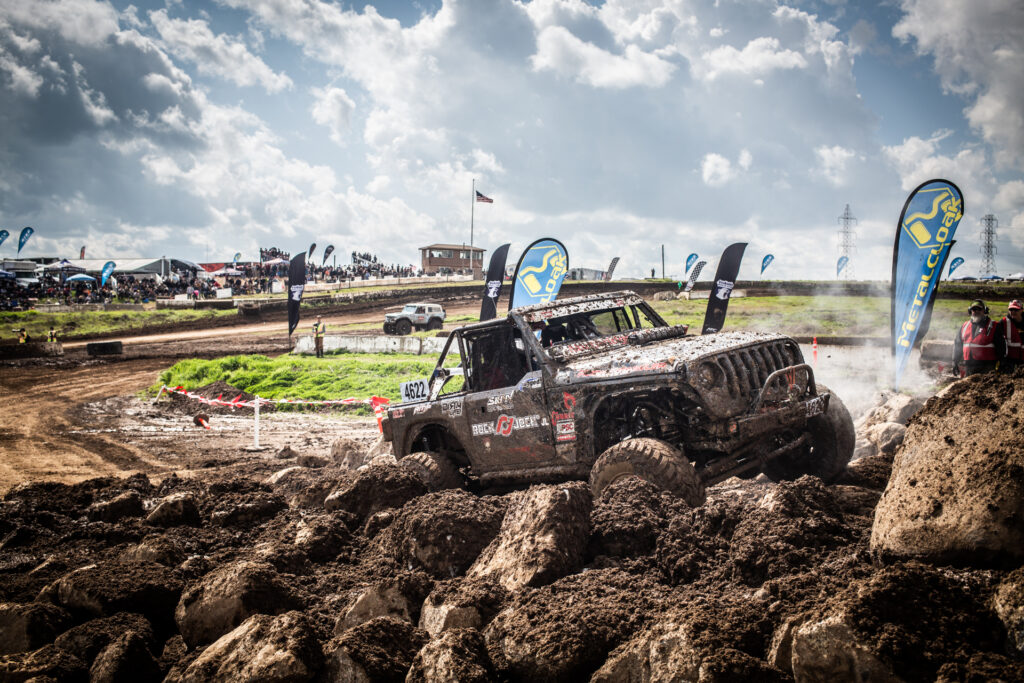 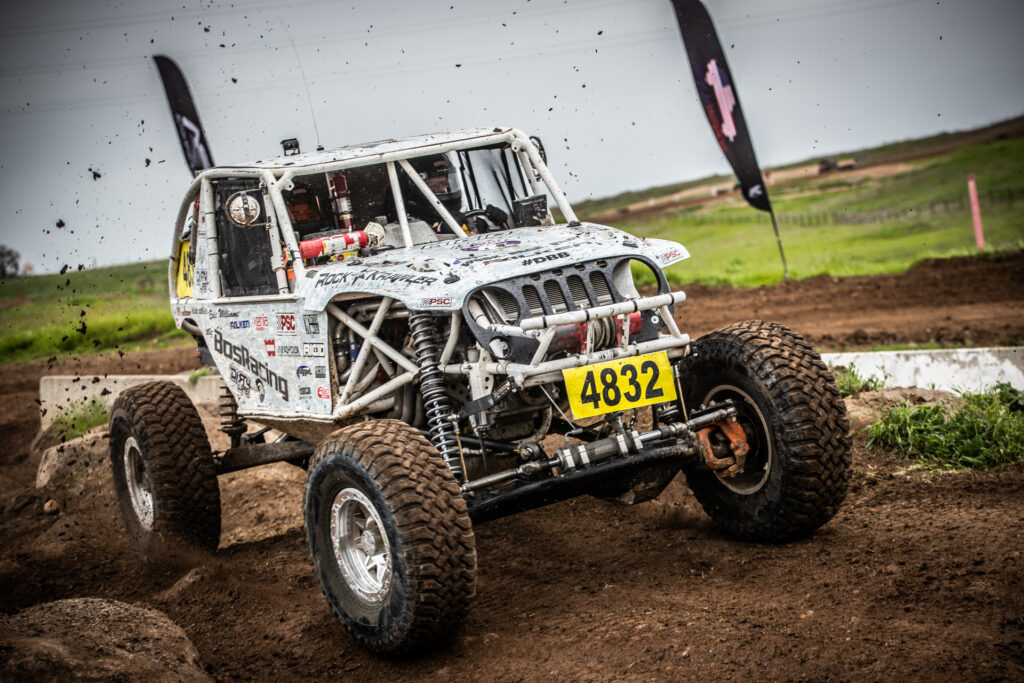 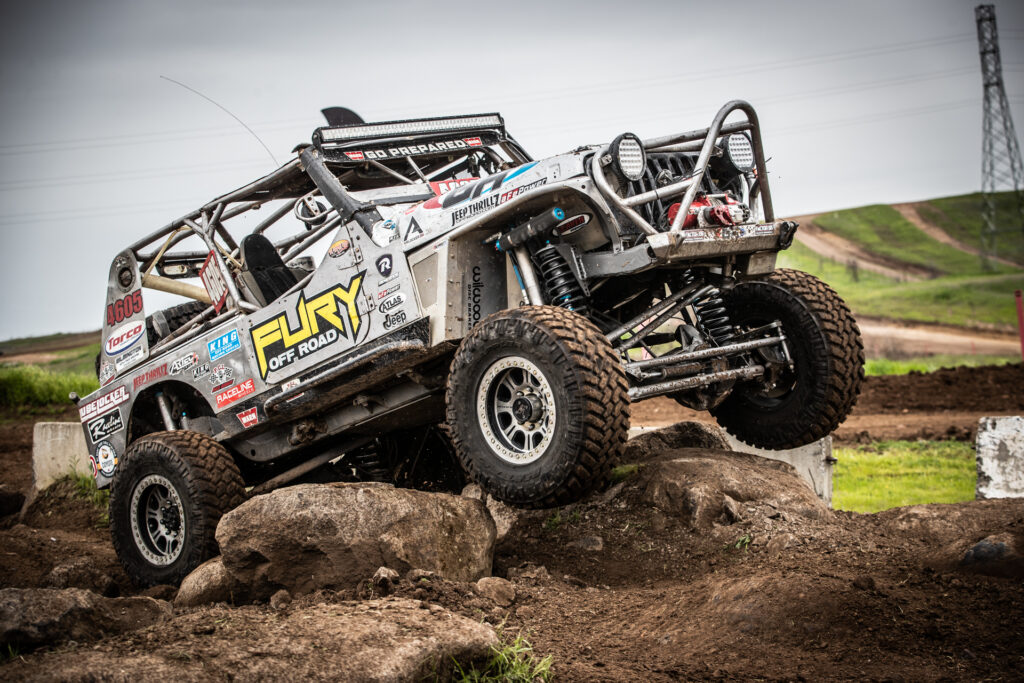 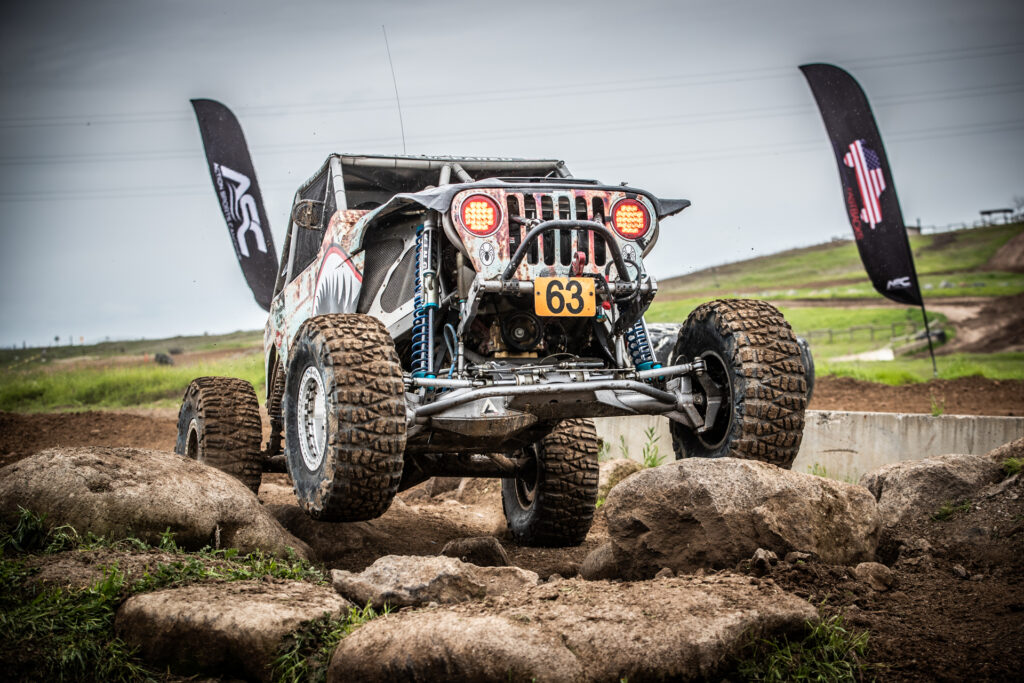 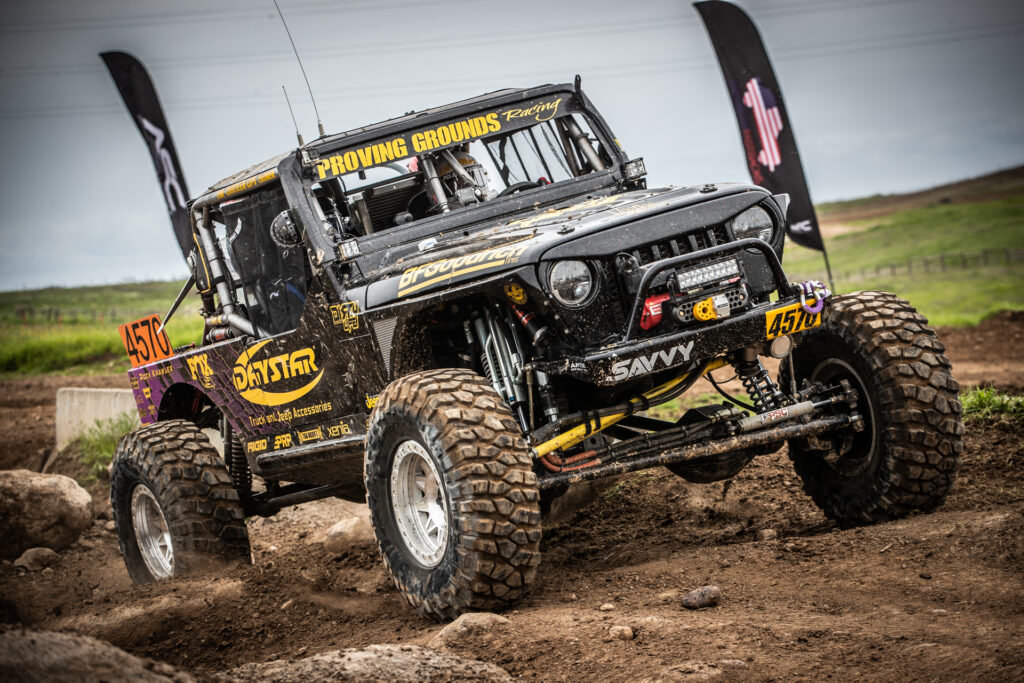 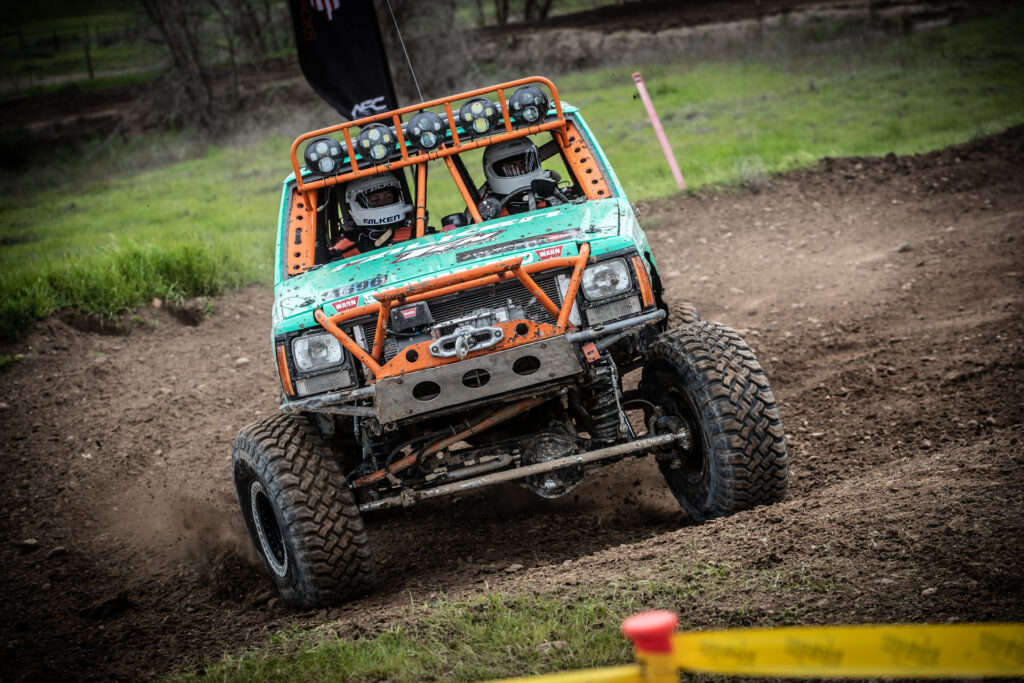 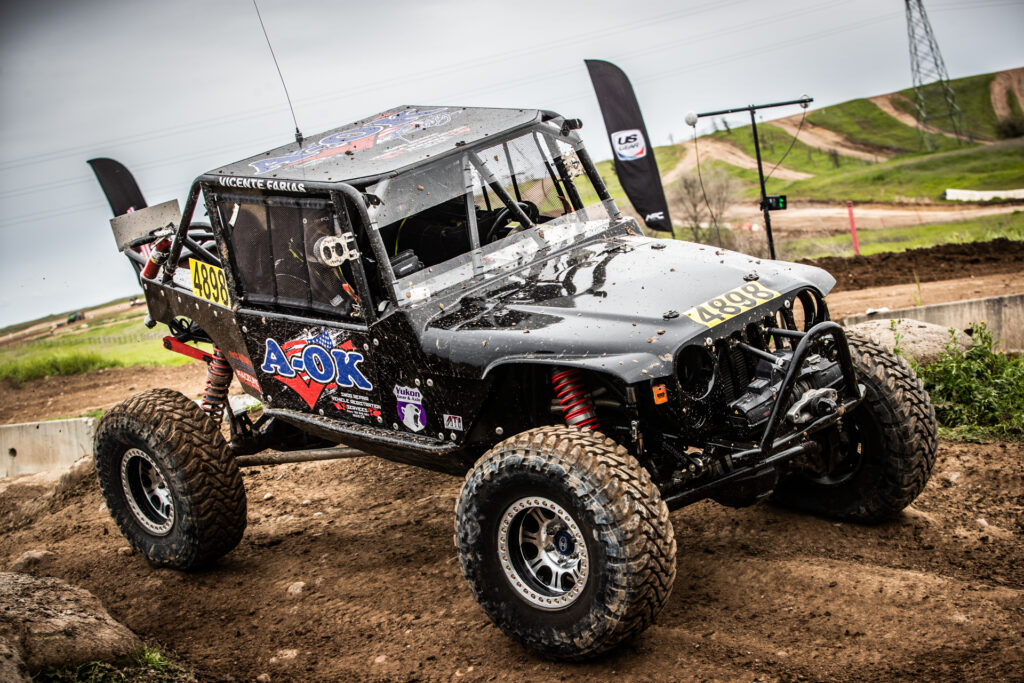