Metalcloak, one of the off road industries premier manufacturers and the primary benefactor for this website, announced Friday their biggest Veteran’s Day Sale ever… with...

Metalcloak, one of the off road industries premier manufacturers and the primary benefactor for this website, announced Friday their biggest Veteran’s Day Sale ever… with an added benefit… a portion of all sales will benefit Veterans. 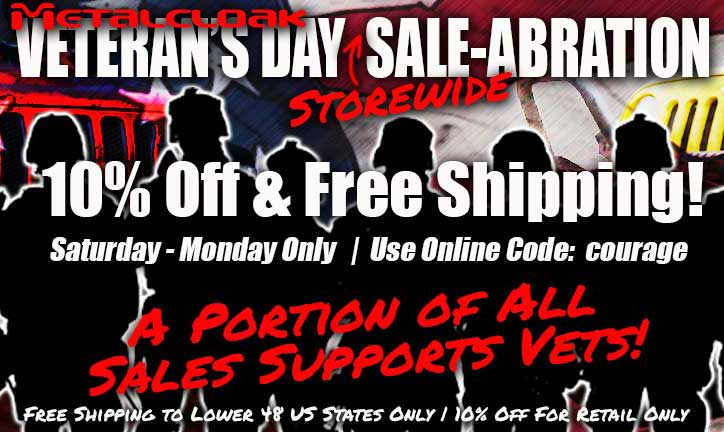 According to Matson Breakey, co-founder and VP Marketing & Sales [and contributor to MJ] “this is not new for us… for the last several years we have usually dedicated a percentage of all sales that actually happen on Veteran’s Day to one of several groups we support.” Those groups have included the California chapter of Wheelers for the Wounded as well as 4 Wheel to Heal, a group that works directly with severely wounded vets, getting them into what they call “Offroad Therapy”.

“This year,” adds Matson, “we decided to take it to the next level and dedicate a portion of all sales… sales from all weekend long… to help our nation’s Veterans.”

Specifically, according to the promotion that has been sent out via email and Facebook, a portion of all Sales from Saturday, November 9 through Monday, November 11 will benefit 4 Wheel to Heal [4W2H].

According to their website, 4 Wheel to Heal’s mission is to “boost morale, introduce warriors to the fantastic off-road community and give them an experience they will never forget.” 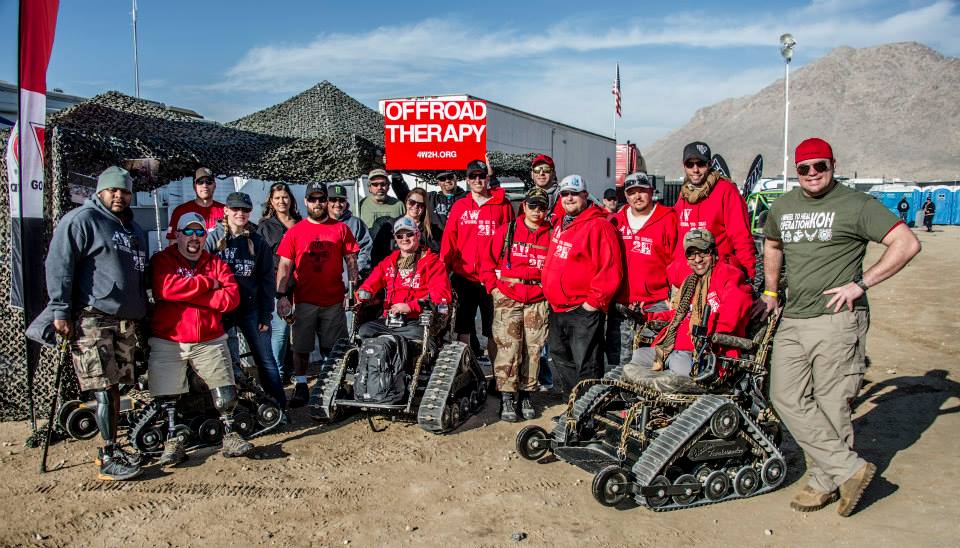 To date, they have been very successful in doing so.

“I first met JP and the founders of 4 Wheel to Heal at the PA All Breeds Jeep Show in 2013.” said Matson. “Ian Johnson was there and he introduced me to the group. Some of the most humble individuals I have ever met.”

At the time Ian Johnson was the host of Xtreme 4×4 which became Xtreme Off Road. Ian is now retired from that show and is hosting the new re-launch of Four Wheeler TV for the Four Wheeler network.

Since then Metalcloak has found ways to support 4W2H including donating product to a Veteran’s Build on Ian’s show [vid] and sponsoring the group’s booth at the annual Jeep Beach event in Daytona, Beach, Florida, where the sale of swag helps support the group.

As a private company, Metalcloak does note disclose it’s sales numbers, but Matson confirmed that, if all goes well, 4 Wheel to Heal will get a small, but healthy, donation.

“As a small company, the donation may not be a lot, but we are very proud that we can do something to help America’s Vets,” concludes Matson.

The sale goes through Monday, Veteran’s Day and not only provides 10% off and Free Shipping when you use the Online Code courage, but Veteran’s can get an additional 5% off using the code USAhero.

Details are in this touching video ad the company released on Friday:

The more you buy, the more they will donate… so visit Metalcloak.com today!