rubicon trail8 tahoe1
We are saddened by the recent passing of Steve Morris, one of the founding fathers of Jeeping in California and on the Rubicon Trail. ... 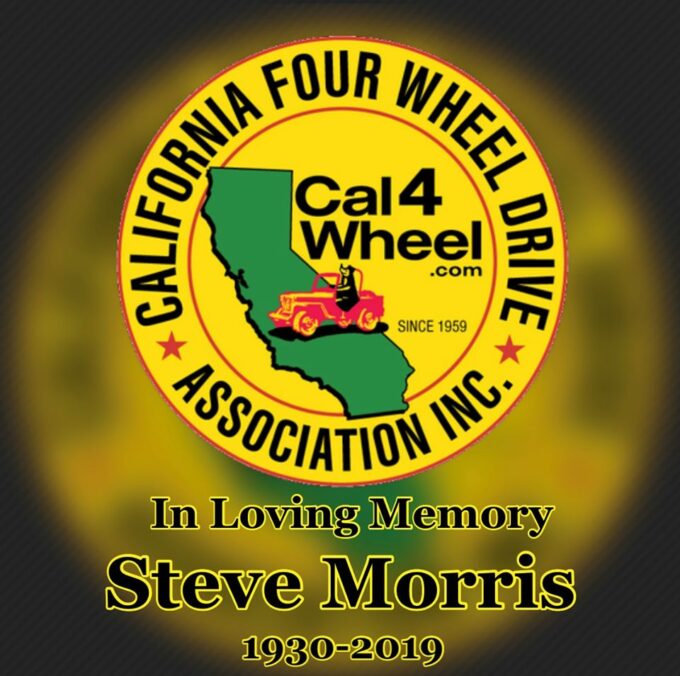 We are saddened by the recent passing of Steve Morris, one of the founding fathers of Jeeping in California and on the Rubicon Trail.  In 1959, Steve became the first President of the newly formed California Association of 4Wheel Drive Clubs (now known as California 4 Wheel Drive Association). 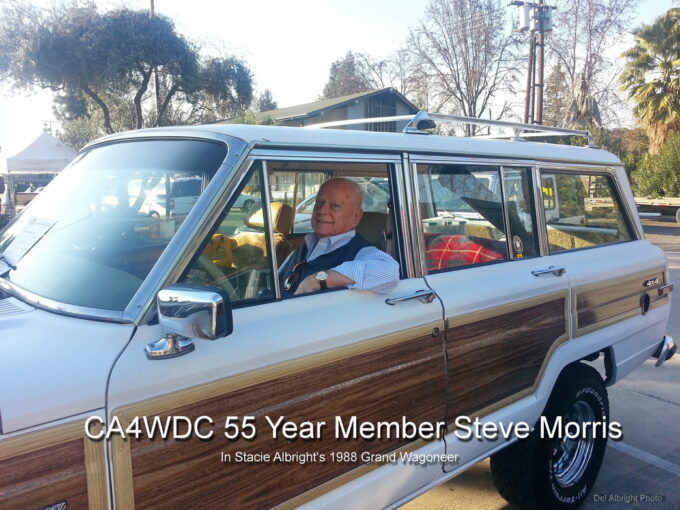 Steve was a property owner of the Rubicon Soda Springs group and was instrumental in making the Jeepers Jamboree possible and informative with his historical seminars at every Jambo for decades.  He was the official Historian. 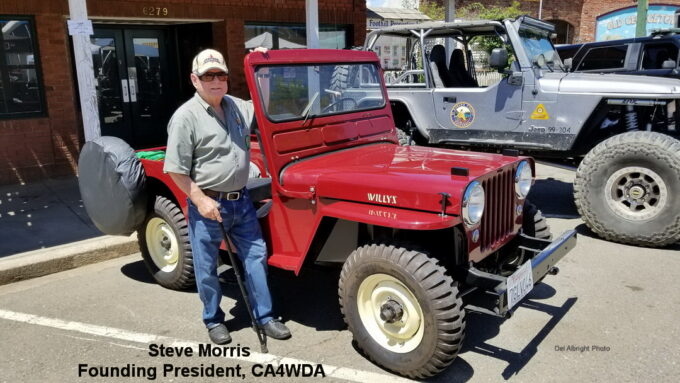 He passed away at Rubicon Springs during this year’s Jeepers Jamboree, where he loved to be.

I remember well standing with him on Loon Lake Dam as our Friends of the Rubicon (with help from the USDA Forest Service) attempted to lift the Water Tender Shack by helicopter and move it  to the Loon Lake spillway.  The copter lift didn’t work, so FOTR with Steve’s engineering help rigged the shack and we moved it with a wrecker and a lot of volunteers.  It is now what we call the “kiosk.”  Steve said to me something like, “The Rubicon will live on; this will be good for our trail in the long run.” 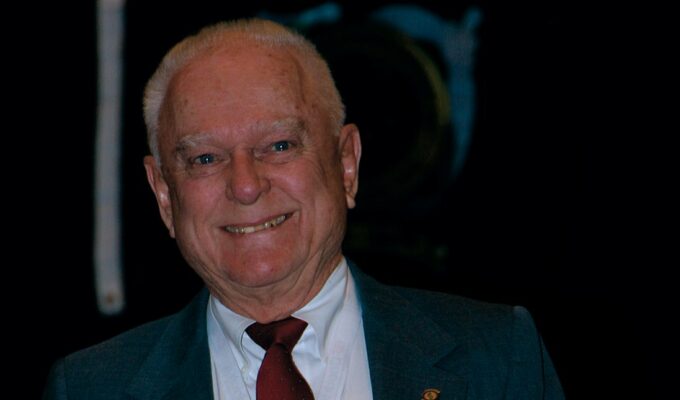 Steve made the his first trip to the Rubicon Springs hotel in 1947.  He made in a street-tired Dodge pickup truck.  His first Jeep came along in 1952.

Steve Morris is an Inductee in the 2019 Offroad Motorsports Hall of Fame.  He will be sorely missed but always remembered.  R.I.P. pard.

Historical Look at the Rubicon Trail

We know it as the icon of four-wheeling and Jeeping, the famous Rubicon Trail of California. But is there so much more to this trail, like the story of Steve Morris.

Typical scene on “the slabs” of the Rubicon Trail with Jeeps ready to rock!

In 1844 explorer John Fremont lead the US Army’s first official expedition across the Sierra Nevada Mountains and sighted Lake Tahoe. His journals brought Tahoe to the attention of the western world.

Can you imagine traveling back and forth, CA to NV in a wagon like this?

Even before these western pioneers, native American tribes used the trail as a trading route, taking goodies from the Sacramento Valley to Tahoe and shells and valuables from Tahoe to the Valley area.

Cattlemen began using the trail during the gold rush and cattle days of California, pushing cows from the valley to Tahoe.

California cows that were pushed over the Rubicon Trail — in the day.

Blast marks are still visible in a few sections of the trail where pioneers in wagons had to knock the tops of rocks with dynamite.

In 1886 Rubicon (Soda) Springs was in full gear and the new owner, Mrs. Sierra Nevada Phillips Clark got El Dorado County to make the trail from McKinney’s over Burton’s Pass to the Rubicon a one-way road. Wow, can you image?

In the 1920’s the Studebaker crowd was flocking into the trail, headed to the resort, driving through what we now call Little Sluice with little or no effort. Again, can you imagine?  The mineral water from the springs were a “cure-all elixir” in those days.

Little Sluice, “the Box” a few years ago.

Of course, all ModernJeepers know that World War II (1941 – 1945) changed our world.  And right after that surplus “jeeps” began hitting the civilian market.  By the 1950’s “jeeps” (some surplus, some civilian models) were found everywhere in America.

1952 was an earmark year when several residents of Georgetown held a meeting to discuss the possibility of an organized Jeep tour from Georgetown to Lake Tahoe, via the Rubicon Trail. So on August 29, 1953, 55 Jeeps with 155 enthusiastic Participants left Georgetown on a two-day trip that is now known as Jeepers Jamboree.

In the 1970’s the California 4Wheel Drive Association (Cal4wheel) began working closely with the US Forest Service, the county and water boards to keep the trail open for Jeeping while protecting the water quality of Lake Tahoe. 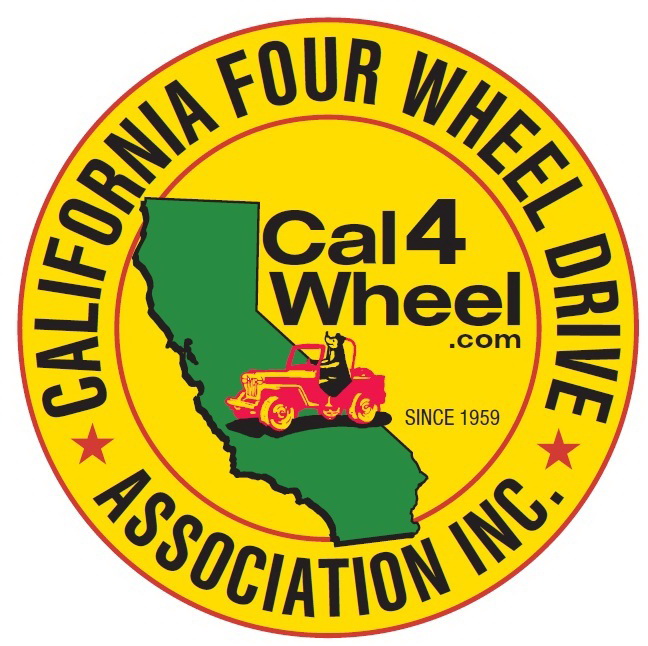 In 2001 the Friends of the Rubicon (FOTR) was formed and the trail took on a whole new history.

Read the untold story of FOTR and how they saved the trail here.

Read more of the history of this great trail here.

Uncle Tom’s Cabin was built in 1864 by an African-American trapper and trader.
The Granite Bowl is also called The Slabs.
El Dorado County has jurisdiction over the Rubicon as a County Road.
Syd’s Grave, at the base of Cadillac Hill was originally named for Syd Mainwaring, one of the founding families of the Jamborees.
Cadillac Hill, named (and verified by Steve Morris by measuring the wheel base) after a Cadillac that toppled from the hill to the gully below.
Friends of the Rubicon (FOTR) began in 2001.
Rubicon Trail Foundation (RTF) was formed in 2004.
Del Albright, (I am proud to say) was the founding first Trail Boss of FOTR and founding President of RTF
Walker Hill and Walker Rock got named after America’s first Jeep dealer, Chuck Walker.
Chappie Rock was named after congressman Eugene Chappie for all he did for public lands.
Morris Rock is named after founding President of Cal4wheel, Steve Morris (R.I.P.)

Steve Morris’s son, Rick wrote the book on the Rubicon Springs and The Rubicon Trail History

Years ago, Bill Teie wrote the 4-Wheelers’ Guide to the Rubicon Trail.

Untold story of the Rubicon and how we stopped a gate: https://modernjeeper.com/how-we-saved-the-rubicon-trail-the-untold-story/

A Rubicon Trail primer to help you get ready: https://modernjeeper.com/be-tuned-in-a-rubicon-trail-primer-part-i/