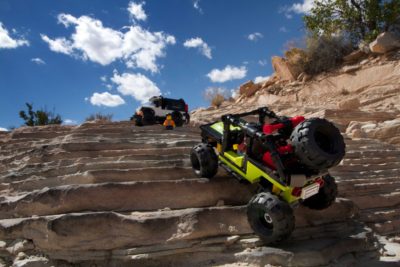 Legos1 moab6
A few years ago ModernJeeper contributor Jake Headlee shared this article about Lego and Jeeps. We found it so much fun we wanted to share...

A few years ago ModernJeeper contributor Jake Headlee shared this article about Lego and Jeeps. We found it so much fun we wanted to share it again.

For many kids around the world, LEGO building blocks and kits are some of the first experiences with creating something from the ground up or modifying something existing. When broken down to the bare basics, Jeeps are full scale builder kits able to be modified or built from scratch just how we want them. Enter, the Brickrock Moab Calendar by Andrew Payne. 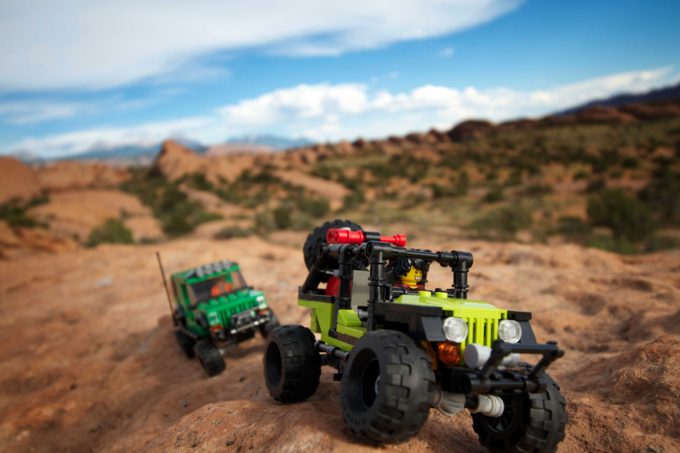 Andrew Payne is like most of us. He started building with LEGOs around 5 years old; a few years ago he picked it back up as an adult hobby and a fun way to spend quality time with his daughter. About 2 years ago, he was inspired by an old art school friend who made calendars of “Highly Professional Business Cats.” Yes, that is a thing… and it is hilarious. This inspiration formulated into a LEGO calendar that combined a couple of Payne’s favorite things, LEGOs and the great outdoors. 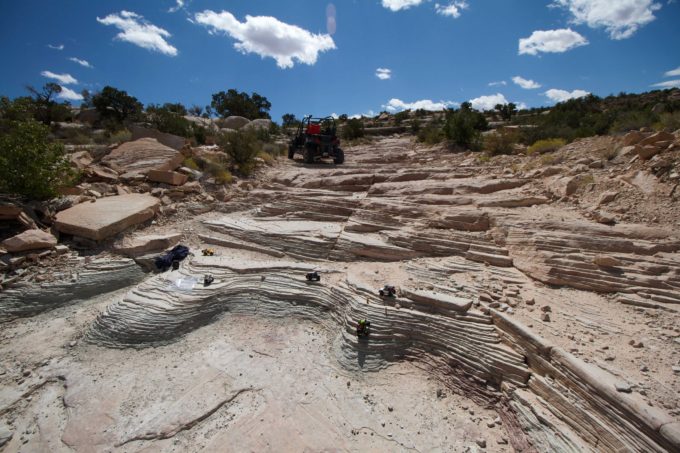 Moab, Utah is the perfect background for this miniature world Payne has created. The scenery lends itself very well to the stark contrast of size. Even in full scale, bumbling down a trail, it is easy to feel incredibly small next to the massive red rock monoliths, cliffs and mountains of Utah. 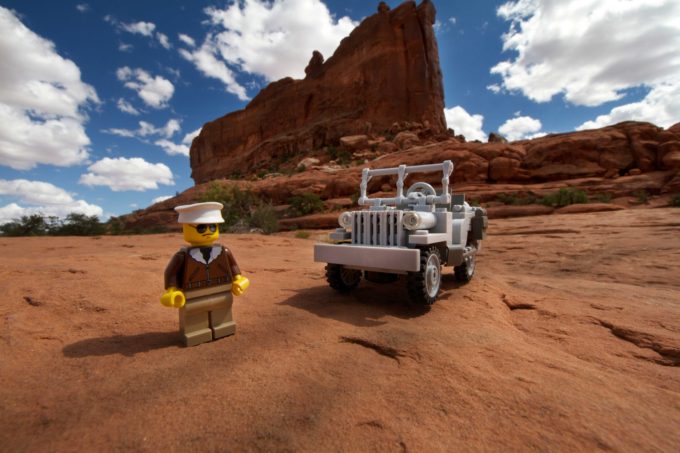 Payne uses a free software named LEGO Digital Designer. The software is created and published by the LEGO company as a free tool for hobbyists. Within the program, a full three dimensional environment is set up. Every single brick and piece in the LEGO line up is cataloged and available to lay out on the plane provided. Each piece is individually picked and placed, allowing the user to custom design and build what they choose. 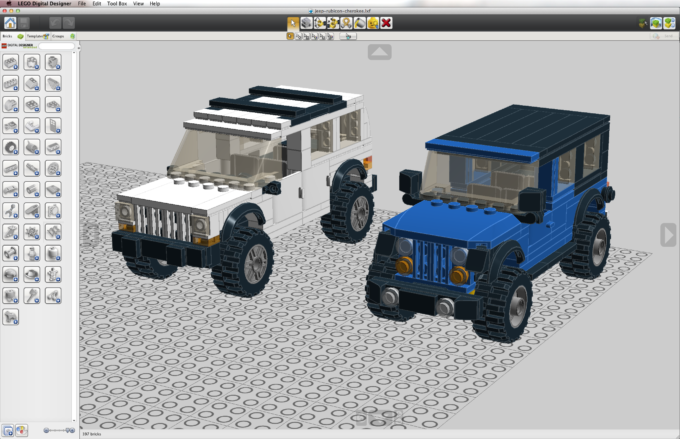 To build his LEGO projects, Payne uses the classic LEGO figure for his scale. The scale is roughly 1:48 and is dubbed minifig scale. After a few hours of designing and tweaking, the LEGO Digital Designer software will spit out a shopping list of parts. Payne sources his bricks and pieces through a variety of sources online. There are times that he has to go back and modify his design based on availability of a specific piece. 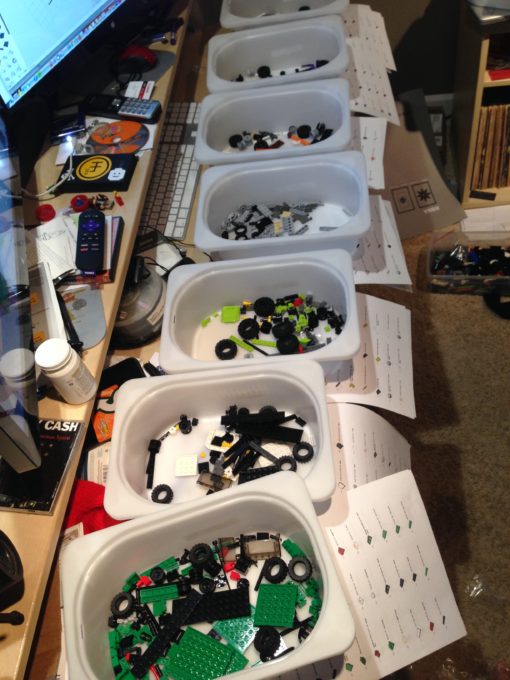 On the purple JK, a mild redesign was required due to one piece only ever built in white and was only ever sold with a Harry Potter LEGO set. The Jeeps he has built used anywhere from 160 to 293 parts. The big one, with 293 pieces, was the expedition JK Unlimited with a snorkel. There is also a roof top tent that goes on it that was not featured in the calendar. 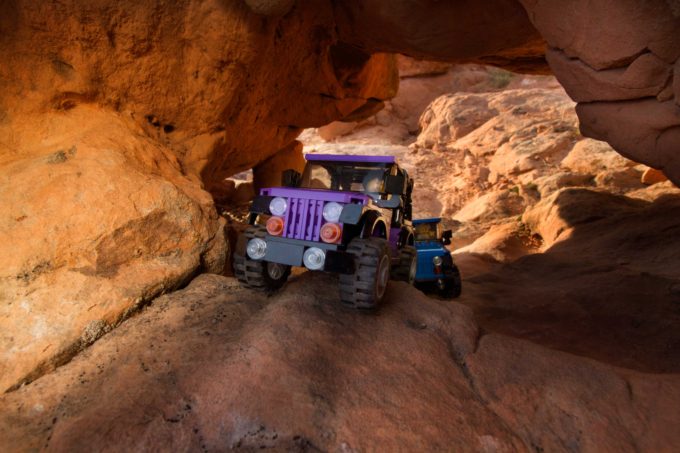 The little LEGO Jeeps are incredibly popular and when asked if he would sell them, the usual answer is no. Each model’s parts cost is around $50 – $80 and is pretty time intensive. Not something that makes for a great profit center. The purple JKU was the most expensive from this bunch. Payne didn’t track the exact cost but the purple bricks were used in only a few LEGO sets, making them rare and about 50 times more expensive than if the same build was done in white. 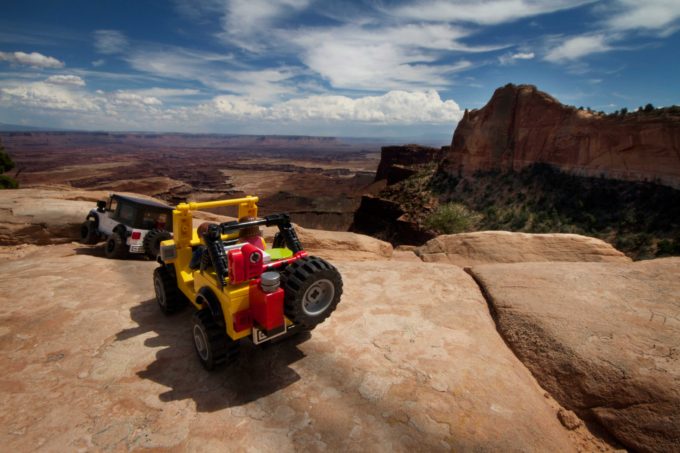 Payne has built many, many LEGO vehicles other than just what is showcased in the 2016 calendar. His first Jeep build was a CJ-5. Then he went on to build 14 more scale Jeeps. Various JKs in many different formats, a couple of XJs, a YJ, 4 different CJ-5s, a custom crawler, a Willys flat fender and a TJ. His favorite though, is the CJ-8. He loves how the model captured the early 1980’s style with the vintage colors and stripes. Some of the non-Jeep vehicles Payne has built include Unimogs, Land Rovers, UTVs, VW Camper vans and a replica of an old F650 based RV he use to own. 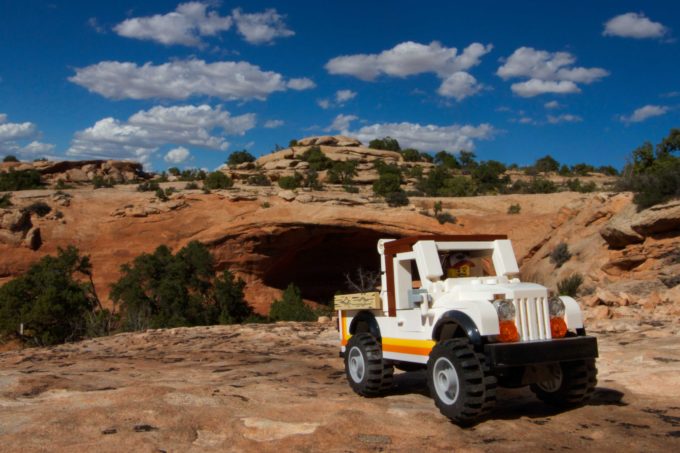 At the end of the day, we’re all just kids playing with toys. The toys have gotten more expensive, more exhilarating and did I mention more expensive? It is great to get back to the core of what we do. Let’s build something! 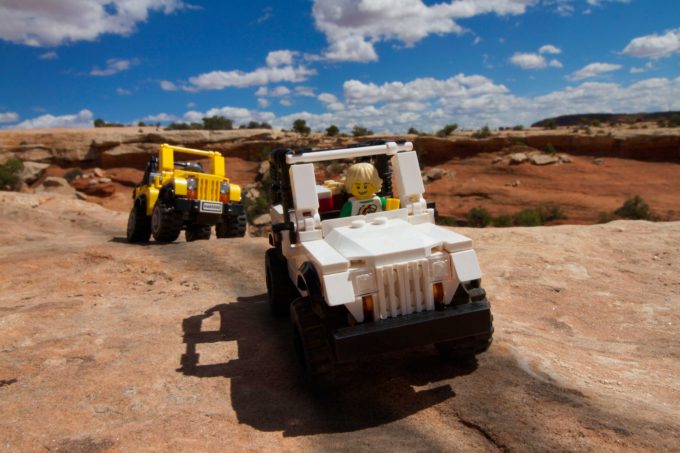 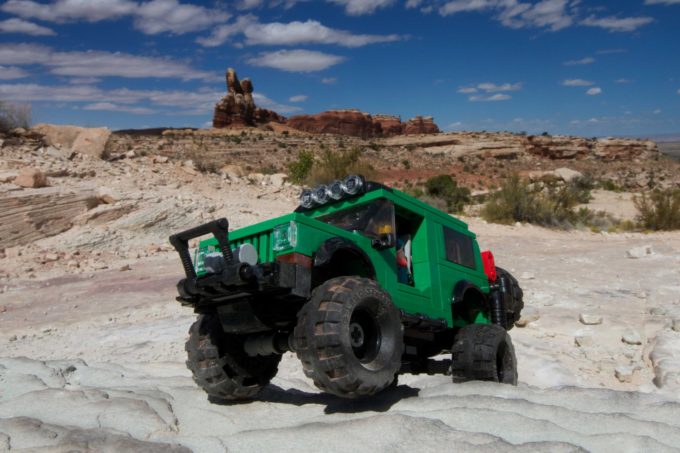 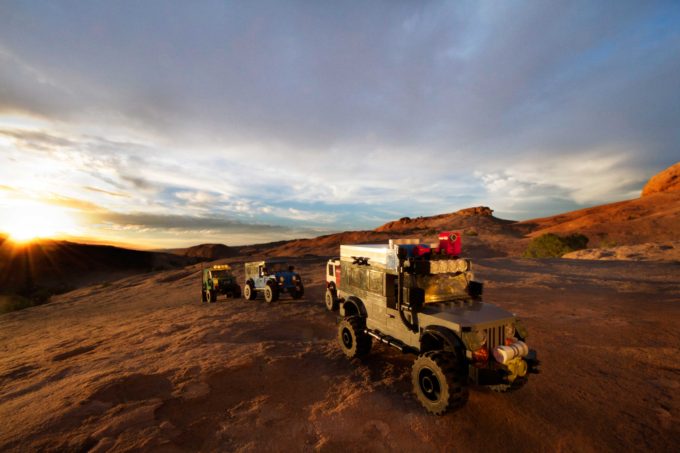 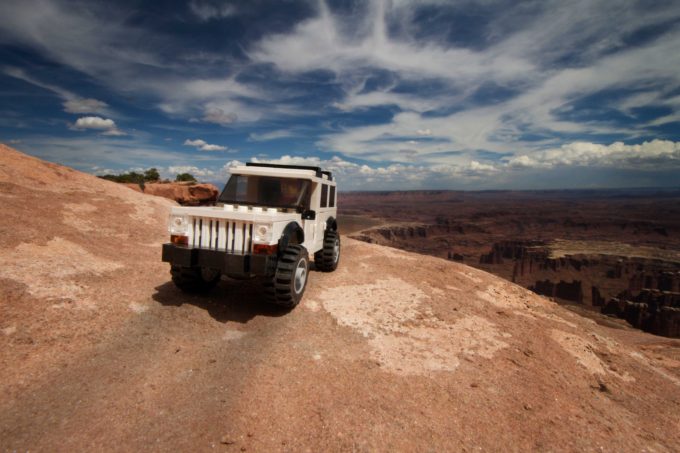 Jake Headlee is an avid Jeep fan. Having spent years working in the Jeep and Off-Road aftermarket, Jake is now a full-time freelance automotive journalist. He is constantly searching for new and different stories and vehicles to share with the world.