king of the hammers12 Koh14 Ultra46
Editor’s Note:  Following the announcement of the $125,000 purse for the Trophy Truck class, King of the Hammers founder Dave Cole announced he would...

Hammerking Productions announced this week that the world’s toughest one-day off-road race, the Nitto King of The Hammers Powered by Optima Batteries, has tripled the purse for Friday’s ULTRA4 race to $100,000 for 2019. The Unlimited 4 Wheel Drive class, known as ULTRA4s will race Friday, February 8th, 2019. The winner will receive $75,000, 2nd place takes home $15,000, and 3rd place $10,000 for finishing on the podium. An additional $3,750 in payout will go to the driver that has the fastest time up one of the infamous Hammers Trails named “Idle Issues”.

2019 King of the Hammers Purse

“Every year the support and excitement from our partners for King of the Hammers just keeps growing,” said King of The Hammers founder, Dave Cole. “This increased purse is made possible through Monster’s belief in ULTRA4 and their commitment to the sport. In just over a decade we’ve gone from 12 guys racing for bragging rights, to more than 100 elite off-road racers competing for the crown and now $100K in prize money. This type of growth is only possible through the support and commitment of dedicated partners like Monster Energy.” 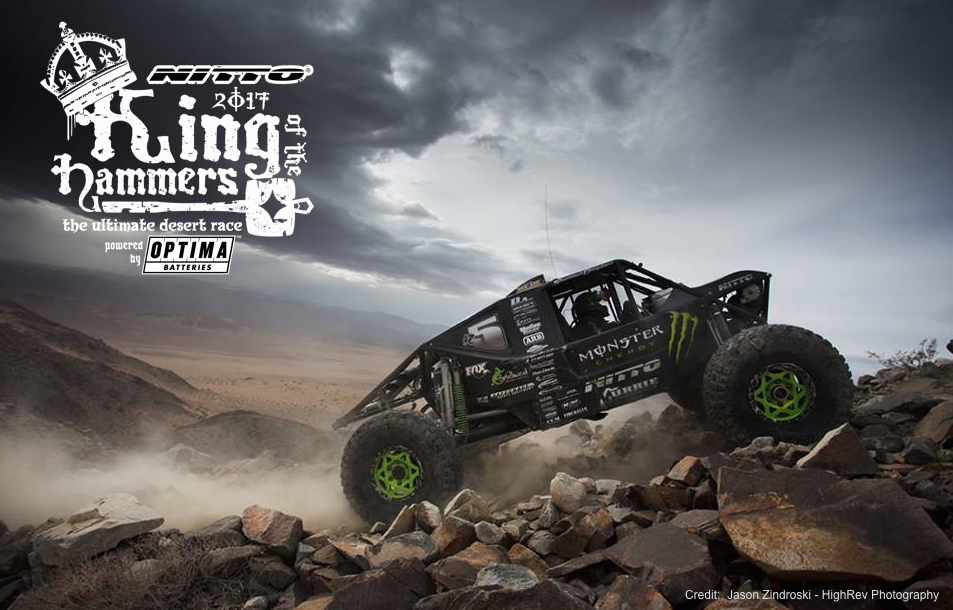 Due to the brutal terrain, many competitors consider finishing the race itself a victory. In the 12-year history of the race, only six drivers have stood atop the podium to be crowned King of The Hammers. Four drivers have won twice, and only one driver, Shannon Campbell, has won the race three times. With this increase in prize money, 2019 may be the first time a new king is crowned since Randy Slawson in 2013.

The 2019 running of the King of the Hammers marks the 13th annual event held each February in Johnson Valley, CA. The week-long off-road race and festival begins with Hammertown opening on February 1st, 2019. The week consists of multiple qualifiers and races for a variety of classes ranging from UTVs, to limited 4 Wheel Drive classes. More than 500 competitors and 50,000 spectators are expected to descend upon Mean’s Dry Lake Bed in 2019, which turns into a city for one week each year known as Hammertown.

Fans of King of The Hammers should be on the lookout more exciting updates to the 2019 KOH Week schedule.