Jeep Gladiator9
The Gladiator is still making headlines and news!  We are sharing this report from New Zealand and our friends at the Robb Report.  The...

The Gladiator is still making headlines and news!  We are sharing this report from New Zealand and our friends at the Robb Report.  The epic flood conditions and trail performance of this truck are worth a read.

We Took Jeep’s First Truck in Almost 30 Years Through a Flood—Here’s What Happened
During an off-road test-drive in New Zealand, the Gladiator Rubicon faced epic conditions. 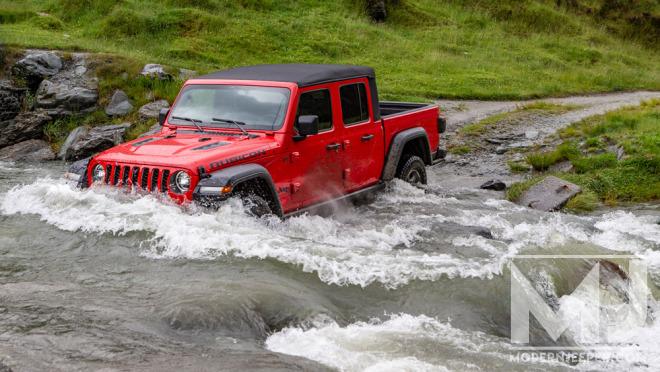 New Zealand’s southern island is experiencing historic floods, the likes of which haven’t been seen here since the 20th century. We’re working our way north from Queenstown, which just lost its entire access to the internet, and its normally tranquil lake overflowed so high that the lapping tides submerged trees. When we left for our drive that morning, it was clear that things could get hairy, quick.

A couple of hours later, at remote Wanaka Lake, we find that the entire road is under three feet of water, the flooding looks straight-up Biblical. If we were on an Aston Martin or McLaren drive, we would’ve been done; an opulent flagship sedan or high-performance coupé would be rendered utterly useless. Lucky for us, we are testing a Jeep—specifically, the celebrated marque’s first truck in almost three decades: the all-new Gladiator. And even more specifically, in flagship Rubicon trim. 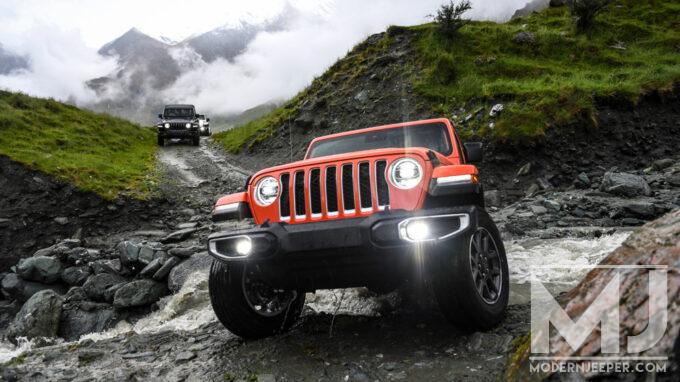 Knowing it’s a Jeep, we have a prayer, so our entire caravan clicks into Off-Road High and noses our Gladiators’ signature seven-slot grilles into the cool, clear lake one-by-one. Although crossings this deep always goose anxiety levels, the fact the Gladiator can ford up to 30 inches of water bolsters us with shaky confidence as we work our way across the skinny dip. We were told that Jeep “trail rates” the Gladiator in traction, articulation, maneuverability, ground clearance, and water fording, installing all its fully insulated electronic modules above the fording line. I silently hope this will keep our caravan moving forward.

But that’s when I see something moving rather quickly across the water—an aluminum boat on the lake to our left. Suddenly it turns and heads straight toward us, its pilot staring at us as quizzically as we gaze back—twin ships passing in the cold drizzle. When he zips by, less than 10 feet from us, the wake splashes our windshield and I can only shake my head in disbelief.

“We’re going to make 4×4 cool again,” declared Christian Meunier, Jeep’s global president, that morning over coffee. I laughed it off at the time, wondering if he was really unaware that it’s never been uncool. But now, passing so close to a skiff in his new off-road vehicle—literally sharing terrain with a fishing boat—I realized to what level he was referring. 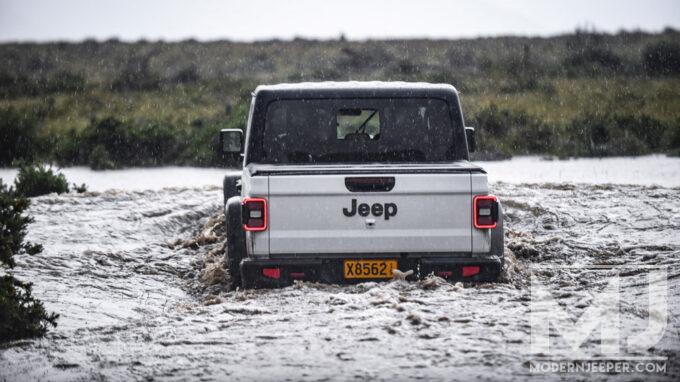 The vehicle can ford up to 30 inches of water.

Read the rest of the story here.

The ModernJeeper Show, Ep. 38 – Being a Jeep Listener, Wheeling in Tennessee, Banning Sex in Pods, and Mayday Miami

Exposed! My Date with a Paper Plate