Fix It or Retire It: When Should You Let Go of Your Jeep?

fixit1 maintenance4 repairs2
Last year before summer wheeling season, Tom Severin brought us this tech breakdown on when you should give it up!  By that, we mean...

Last year before summer wheeling season, Tom Severin brought us this tech breakdown on when you should give it up!  By that, we mean your Jeep!  We fully get it that some of us will never let go, but we figured this would be a good time to flashback on his advice on some thresholds for saying, “That’s enough.”

It’s a challenge every four-wheeler faces at some point: Should you hold onto the current vehicle or replace it?

If you’re like most four wheelers you’ll hang on as long as possible. Something breaks, and you replace it. Another part snaps, and you head to the store. Or you take the vehicle to the shop. This goes on ad infinitum, which is Severin-speak for “way too long.” Adding to the conundrum is that you’re probably really attached to your vehicle.

Have you gone “vehicle blind”? You are so accustomed to fixing things that you lose sight of the big picture. You keep sinking money into what really is a sinking ship.

Money always plays a factor. At the time it seems cheaper just to fix the vehicle. But at some point you begin to question this process. (Or you should.) You know that over time parts become more difficult and expensive to acquire. Every model year manufacturers make tweaks to their vehicles. These can be subtle or significant. As is the case with computers, there comes a time when technology passes you by. Then what?

Hey, I’ve been there. More than once. One thing I discovered is that there are always options. Sometimes you can find a similar (but newer) model and transfer parts. However, you must be open to the possibility of upgrading.

I know what it’s like to go through this process. It’s not easy. Just like you, I can get attached to a particular model (have a huge soft spot for Grand Cherokees). But I’m also very pragmatic. When something goes, it has to go. I don’t like continuing to throw money at it that might be better used on the replacement vehicle. 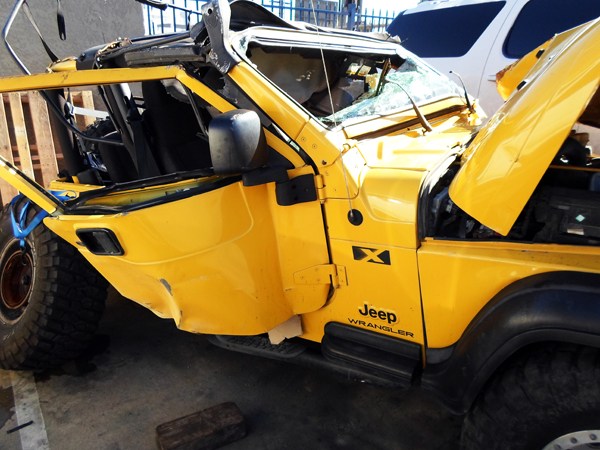 Fix it or Replace it?

While every situation is unique, mine serves as a good illustration. Back in 2008 I faced that crossroad. The ’93 Grand Cherokee was about shot. At 335,000 miles, it was just plain worn out. I had already replaced most of the parts at least twice. Worse, the metal on the unibody suffered severe metal fatigue. I couldn’t bolt anything to it.

As much as I loved that Grand Cherokee (and still do), I knew it was time to send her to the scrap yard. It was kind of sad watching the fork lift put in on top of 6 other vehicles, but they gave me $100! But then what?

Here were my options:

I spent a lot more than I initially planned to but ended up far ahead. The LJ features body-on-frame construction, which is a better platform. If I had stayed with a Grand Cherokee, I would eventually suffer the same issues inherent in the unibody. That frame can’t take the abuse I expose it to on the Rubicon, the ultimate test of a 4WD vehicle. 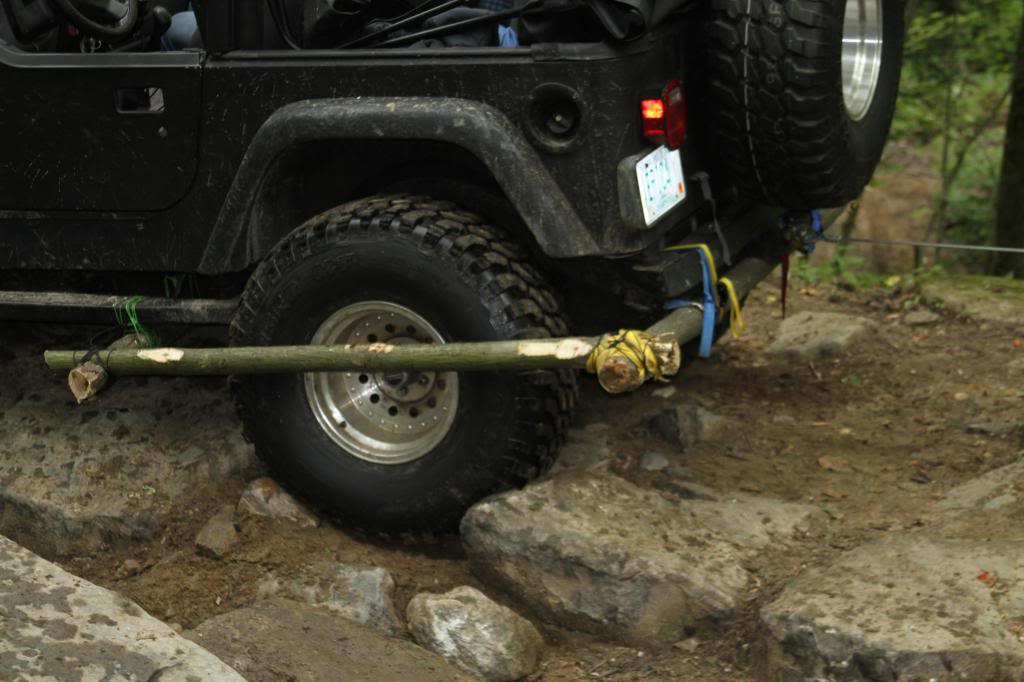 If you find yourself constantly doing trail repairs, it may be time… [pic from JeepForum]

Critical signs it’s time to look for another vehicle

It’ll work out in the end

You will endure this process as well. Once you get over the emotional hurdle at the outset, momentum kicks in. And even a little excitement.

It will be exciting because you have a whole new assortment of possibilities. Not quite like Christmas morning, but the research and buying process will actually be interesting.

Of course, once purchased, the vehicle requires upgrading. You’ll put blood, sweat, tears, curse words, and whatever else into your machine. The first time you hit the trails, though, that’ll all be behind you. When you’re back with your buddies, with the wide open landscape and a long weekend ahead of you, you’ll realize that it was all worth it. If fact, you’ll wonder why you didn’t take the plunge sooner.

Is your 4WD machine bleeding your bank account dry and robbing you of quality time on the trails? Raise a toast to what was, take her to the junk yard, then turn around and get another vehicle. You deserve it, so just do it.