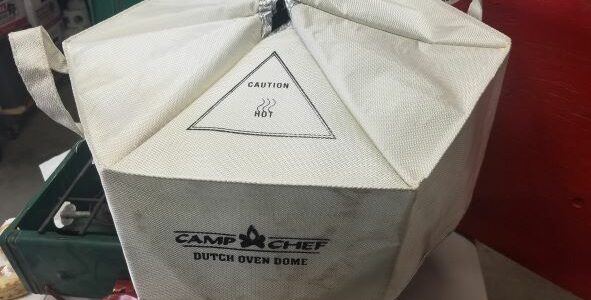 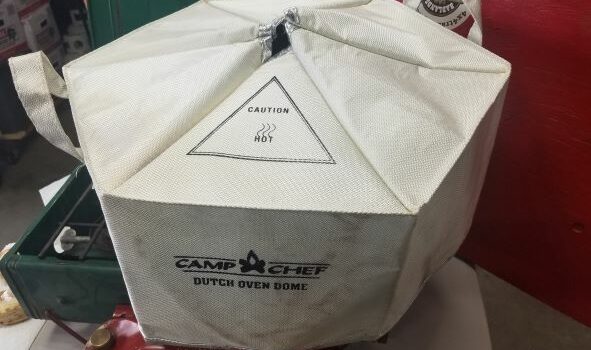 Camp Cooking1
Dutch ovens are great for cooking in the outdoors over charcoal and wood. Most hot dishes prepared at home can be enjoyed in the...

Dutch ovens are great for cooking in the outdoors over charcoal and wood. Most hot dishes prepared at home can be enjoyed in the field as well.

What is the Camp Chef Cooking system?

But what if fire restrictions are in place and charcoal and wood are banned?

I recently learned of a cooking system by Camp Chef designed to enhance a person’s experience with a Dutch oven. The “system” is comprised of two parts, a Dome and a heat diffuser plate. The Dome drapes over the Dutch oven, trapping heat and simulating a convection oven. The diffusor plate helps to spread out the heat for more even cooking and baking.

The Dome can be used with ovens up to 14 inches in diameter. At about $52.00 each, the kits aren’t cheap, but the Dome and diffusor should last a long time.

These Domes are really handy wherever fire restrictions are in place. Such is the case here in California.

You might wonder about the source of heat. Simple: a camp stove. Whether fueled by propane or liquid gas, those stoves are allowed (with a permit) because you can turn off the stove (source of flame) instantly.

But when charcoal isn’t banned, the Dome saves charcoal in two distinct ways:

Testing it on baked goods

This kit piqued my interest due to the aforementioned fire restriction.

With the Camp Chef system in hand, I experimented at home with cinnamon rolls, biscuits and a chocolate cake.

The stove used is a 2-burner Coleman 425B camping stove. I like the 2-burner style because it saves space in the vehicle. The goal is a balanced heat source. I’ve baked about a half-dozen items in recent weeks. Overall results are good, but some tweaking was called for.

As with any new piece of equipment, the Dutch oven cooking system requires experimenting to achieve the best results. When used with charcoal, for example, you can add more coals (briquettes) on top to push down the heat. As with the Dutch oven in general, variables such as altitude, wind, cold, size of dish, and ingredients affect baking times.

As noted above, I used a camping stove for these experiments. Initial batches of cinnamon rolls were OK at best. The rolls were fine, but the bottom edge tended to be hard and lightly burned. That despite using the heat diffuser. 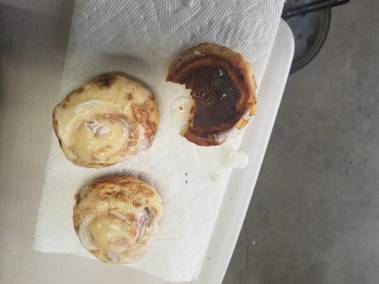 These image provides a before and after comparison. Note the burned bottom of first batch of rolls. 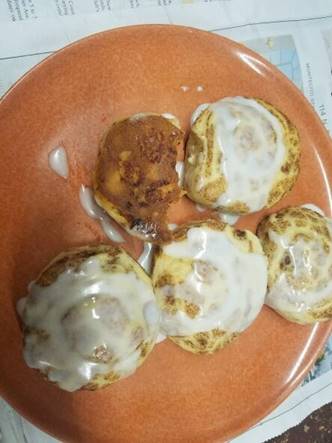 Temperatures under the Dome are pretty consistent. I’m seeing 345 to 350 F on the bottom and about 209 F on the top. You need to adjust the burner to find the right balance of heat going to the top under the Dome without burning the bottom. 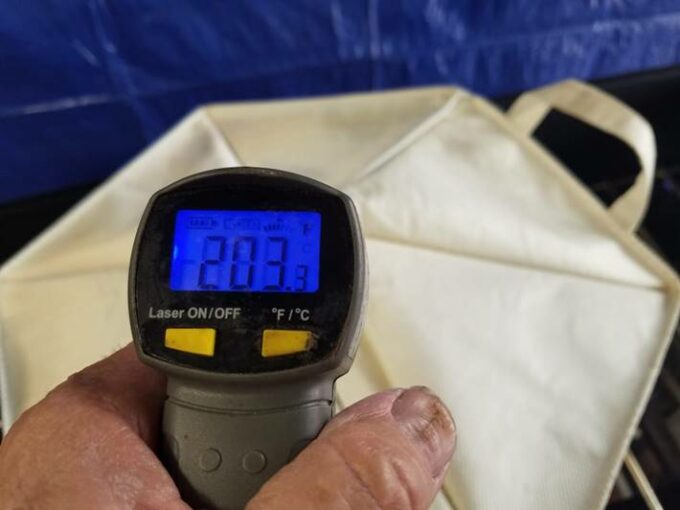 Based upon baking in a traditional oven, cooking times seem to about the same with and without the Dome.

Though designed to withstand high temperatures, the Dome gets quite hot. Always wear hot mitts when removing the Dome. 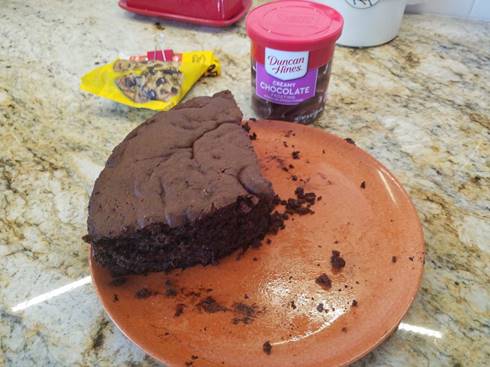 While the trivet helped create a properly baked bottom, the tops of the rolls tended to be plain. Working from a tip, I decided to remove the Dutch oven lid about halfway through the baking process. (Keeping the Dome on, though.) The rolls developed a reasonable browning on top. I have tried leaving the lid off entirely. The rolls were still doughy after the full baking time. So the lid is needed for most of the baking time.

The trick is to brown properly without burning. That’s where the experimenting comes in. Plan on making several batches of a given baked good. Make a slight change to the process for each batch and check the results. Eventually you’ll develop a process for each type of bakery.

Unlike any other “science experiment,” with this process you can eat most of the mistakes. How can you beat that?

Familiarity with a Dutch oven crucial

Due to the experimenting involved, I suggest first becoming experienced with traditional Dutch oven cooking. A Dutch oven isn’t difficult to master, but it has its own nuances.

Cook without a Dome – charcoal as a heat source where permitted – and get accustomed to how the oven performs with various dishes. Then advance to using the Dome and diffuser.

The Dutch Oven Dome by Camp Chef adds an interesting dimension to cooking with a Dutch oven. In addition to stews, casseroles and soups, four-wheelers can confidently add baked goods to their camping meals when fire restrictions are in place.

If the area is under a fire restriction, just pack a camp stove to use with your Dutch oven with the Dome.

With a little experimenting, you can produce some tasty baked goods thanks to the Dutch oven and Camp Chef Dome.