death valley11 Fuel1
Editor’s Note: With gas prices being cheap right now and with the understanding that many of us can’t go to the places we would...

Editor’s Note: With gas prices being cheap right now and with the understanding that many of us can’t go to the places we would like to, our friend Tom Severin provides us another perspective of traveling into the remote area of Death Valley. It’s amazing how some things can become so valuable when the demand is high!

We were well into a four-day drive through Death Valley. Our trip had taken us across the Slate Range of the Iyno Mountains into Panamint Valley. From there, we traveled through Gohler wash, and up and over Mengle Pass into Death Valley. 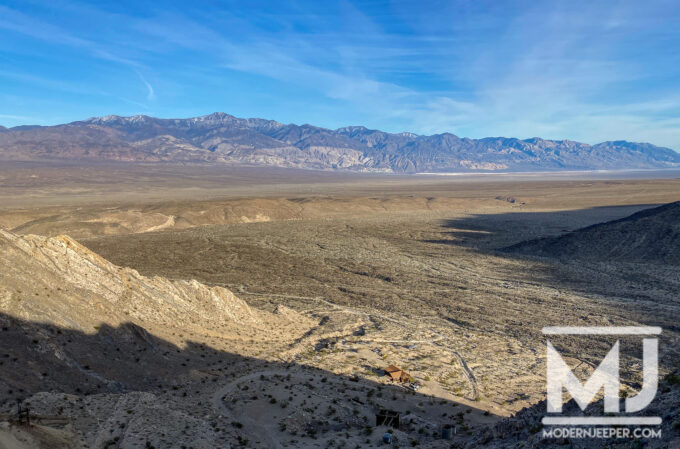 By this time our fuel tanks were about half empty. Up ahead was Furnace Creek, Calif., which I knew had only one gas station. We pulled in, only to realize that the station was out of gas.

Our next option was in the community of Stovepipe Wells. This town was in the right direction, north, but a little out of the way. We set off.

Upon arriving, we discovered that the one gas station was closed due to high winds. Management feared the canopy overhead would blow down. With no recourse, we changed our route and drove to Beatty, Nev. to fuel up. Needless to say, these detours put a crimp in our plans. The extra fuel we carried in cans was a comfort that we would not run out before finding a viable station. The extra fuel cans by themselves were not sufficient for the rest of the trip.

Get your fuel when you can 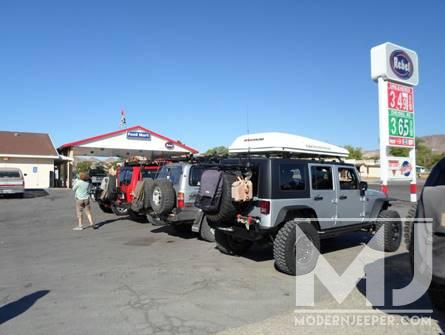 Beatty Nev. – Have group fuel up before dispersing.

This incident was a stark reminder that four-wheeling doesn’t always go according to plan. In this case, we had difficulty getting fuel. Engine fuel, whether gasoline or diesel, is absolutely critical for four-wheeling. All drivers know that, which is why many carry extra fuel in portable gas cans. By its nature, our sport puts us in remote areas, with long distances between small towns, which also have limited services. 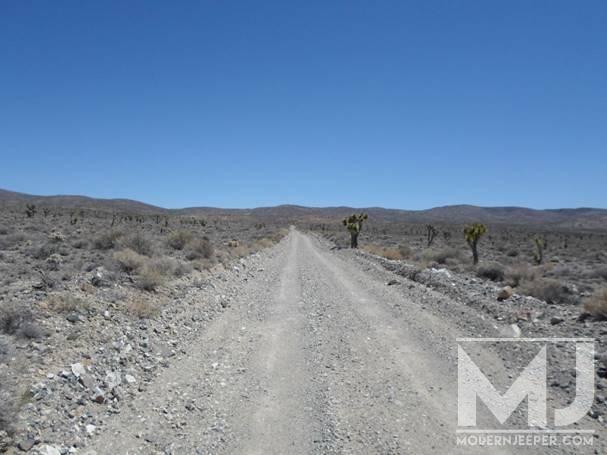 Which brings me to Rule #6: Gas First!

Fueling up in remote areas is problematic. Gas stations are few and far between. They often offer only one grade of gas (87 octane) and diesel fuel. As discussed above, a station could be out of gas or closed.

A mechanical breakdown won’t necessarily derail a 4WD trip. But a vehicle out of fuel is in real trouble. Don’t assume that the gas station you’re counting on will come through for you.

All vehicles in the group should fuel up together 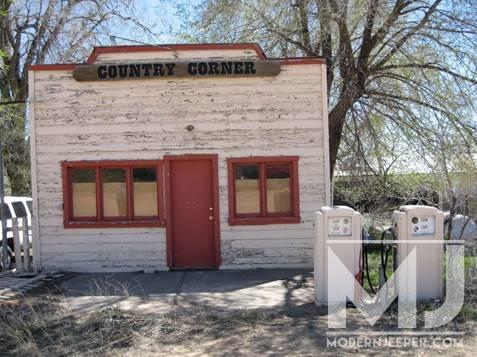 If you’re the Trail Leader, make a point to lead the group into the gas station. Ensure everyone tops off their tanks even if they need just a few gallons. Those few gallons could come in handy later.

This process is challenging when a group splits up. After a long day of driving, some drivers may want to visit a restaurant or hit the campsite. Some will put off fueling up until the next morning. It is so easy to forget, once you put it off. Encourage everyone to gas first when a station is available. As we’ve seen, you can’t always count on the gas stations.

In addition to being out of gas (as was the case at Furnace Creek), my group once encountered a station closed the next morning because it had lost power. With no power to the pumps, there was no way to get gas. Those who did not fuel up the evening before had to wait until mid-day when the power was restored.

Even if drivers are able to gas up the next morning, that stop will delay the group’s departure. Do all you can to have them fuel up the night before.

Some drivers skip the pit stop because they are carrying extra gas. That’s unwise. The spare gas – especially the final can – is for emergency purposes. Perhaps the owner won’t need it, but another driver could. 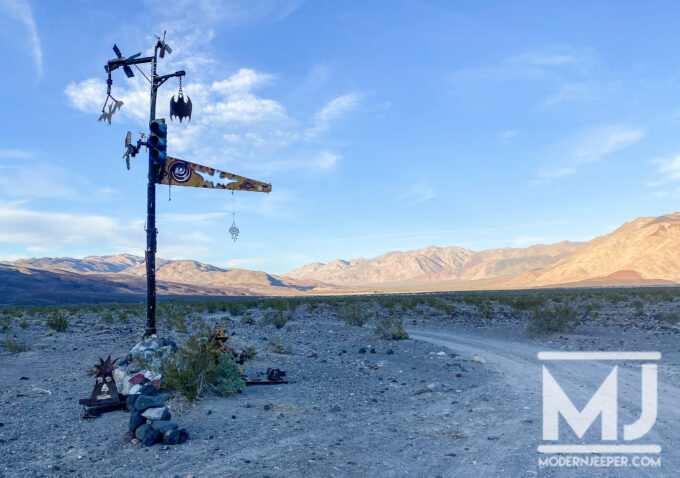 Four-wheelers are a versatile, resourceful bunch. They know that 4WD trips don’t always go according to plan. A trail is closed, requiring a detour. Campsites are full, forcing you to find an alternative. A particular route may take longer than you thought. These and other issues cause drivers to use more fuel than planned.

When you go off-road, remember Rule #6: Gas First. And top off your tank any chance you get. Because you don’t know what issues gas stations along the route may face.