DD Explorer â Daily driver and backcountry explorer all in one

aev2 bfgoodrich5 daystar1 Metalcloak9 nemesisindustries1 reddesertoffroadofficial1 rockkrawler1 ruggedridge1 warn7 yukongear1
The JK Wrangler Unlimited took the Jeep world by storm when it was introduced in 2006 as a 2007 model. With four doors and...

The JK Wrangler Unlimited took the Jeep world by storm when it was introduced in 2006 as a 2007 model. With four doors and a longer wheelbase, the Unlimited carried more people and gear, provided a less âtwitchyâ ride on- and off-road, and climbed steep obstacles better. The Rubicon trim level came with 4.10 gears, Tru-Lok electric lockers front and rear, a SmartBar swaybar with electronic disconnect, and the 241OR Rock Trac transfer case with 4.0:1 low range.

The 2007-2011 JK Wranglerâs only powerplant was a 3.8 liter six that some maligned as it had less low end torque than the venerable 4.0 liter inline six it replaced. I liked the 3.8, although it did continue the Jeep tradition of gutless mills. It had much better highway manners than the 4.0 liter and it could run up to redline all day long. With the 4.0:1 low range in the Rubiconâs transfer case, the new Wrangler crawled fine. I purchased my first Wrangler Unlimited in 2006 and immediately went to work modifying it, including installing 5.38 gears, as I would in every 3.8-equipped JK project up through the 2011 model year.

There was one problem with the 5.38 gears. On steep freeway climbs, the 3.8 with automatic couldnât hold overdrive so would shift into third. As mentioned, it was fairly gutless, so on steep grades it would then downshift to second. The little mill valiantly ran up to redline and would run there all day, but with 5.38s, at redline the Jeep couldnât go faster than the mid to upper 60s. As Utah has an 80 mph freeway speed limit in many places, this was too slow. If I ever did another 3.8 JK project, I was going to leave the OEM 4.10 Rubicon gears in it, which should allow uphill second gear speeds of 80 mph at under 5000 rpm.

Jump to the present. My JK magazine projects had been built using the best aftermarket parts and the builds had become quite radical (and expensive). With the JL Wrangler introduced and showing every sign of carrying on the tradition of being expensively [over]built, what could someone do with a relatively inexpensive used JK Rubicon that could be used as a daily driver and backcountry explorer?

I found a very clean 2009 JK Wrangler Unlimited Rubicon being sold by a widow and purchased it for a third of the price a new JL Wrangler would cost. Project Daily Driver (DD) Explorer was born. The plan was to use high clearance Nemesis fender flares so 35â tires could be installed using the OEM Rubicon suspension. Bumpers and armor would replace the OE offerings, and just enough mechanical mods would be made to fix what the factory hadnât. 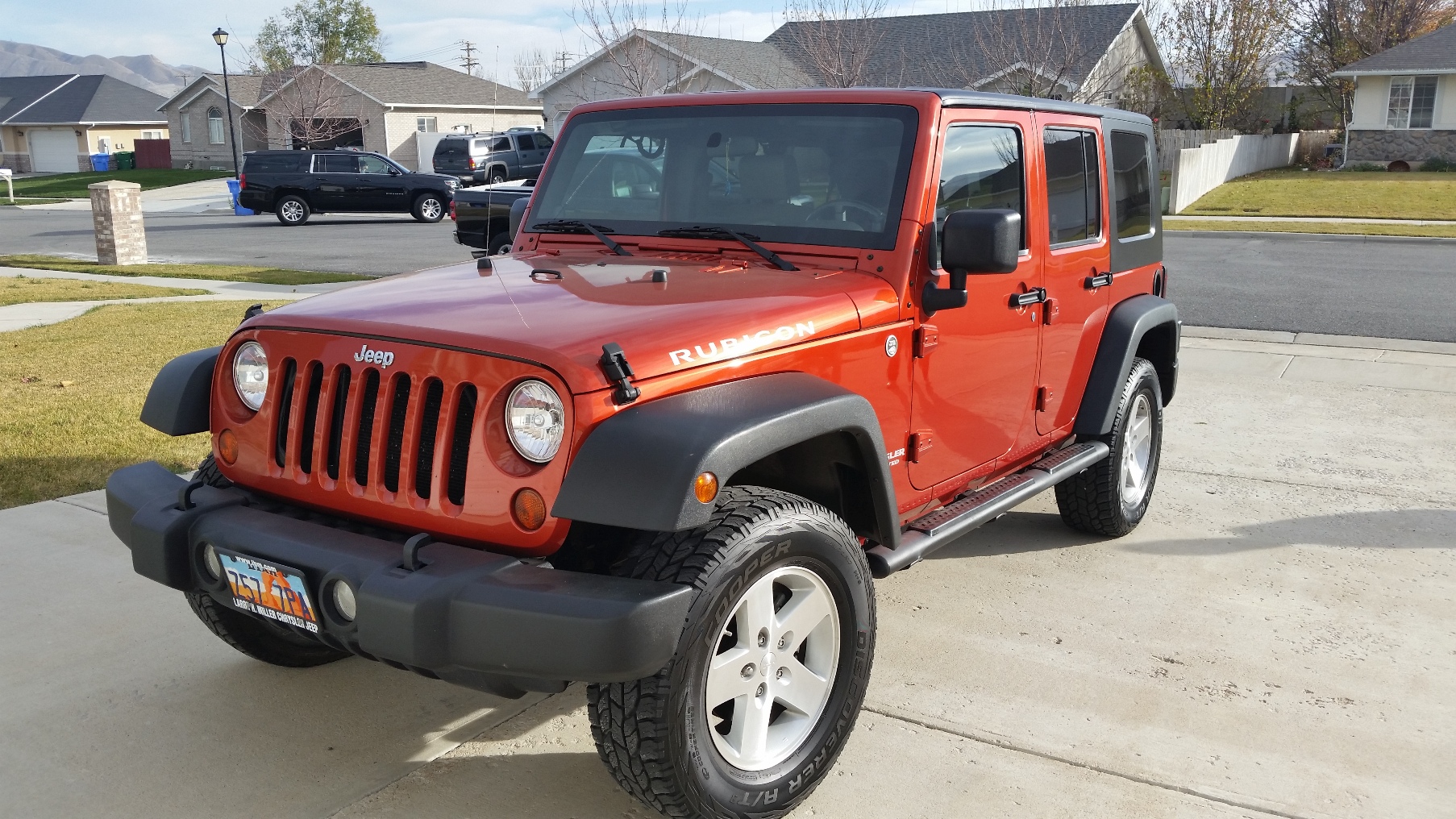 A pleasant older lady was selling this extremely clean, one-owner 2009 JK Wrangler Unlimited Rubicon with 49970 miles. I purchased it for a fraction of what a new JL Wrangler costs and Project DD Explorer was born. 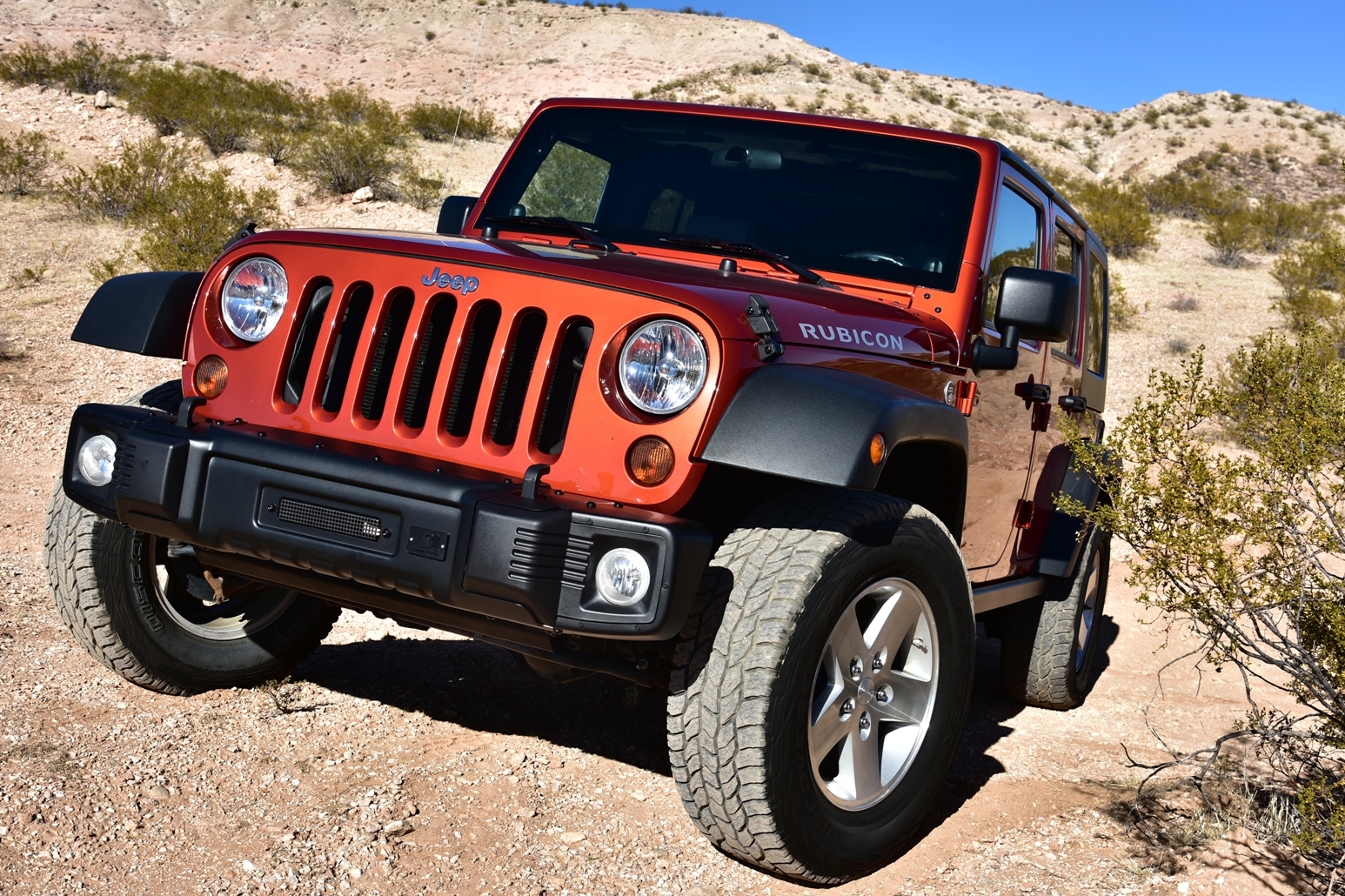 The first thing I did was install Rugged Ridge Spartacus front and rear bumpers. The Spartacus bumpers are stamped steel so are quite lightweight and not designed for hard core rock crawling, although theyâre an improvement over the OE plastic bumpers. Theyâre similar to Mopar Anniversary/Hard Rock/Recon bumpers as they have removable wings. I didnât like the wings, so this is the bumper in its good looking stubby configuration. 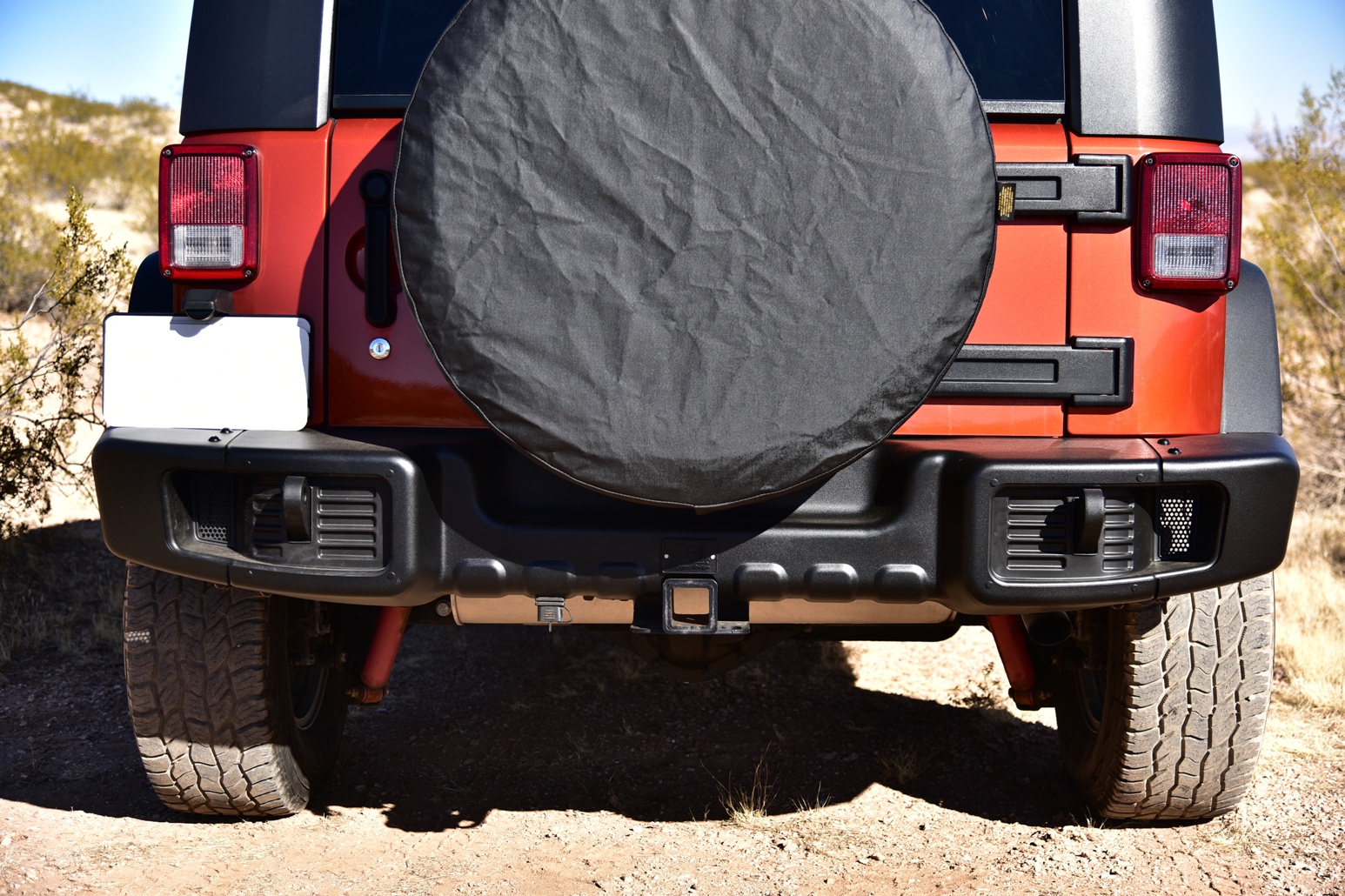 The rear Spartacus bumper has removable wings, too. The Spartacus bumpers, being stamped, provide more style than plate bumpers. Theyâre lightweight, but the frame bracketry provided is heavy duty. 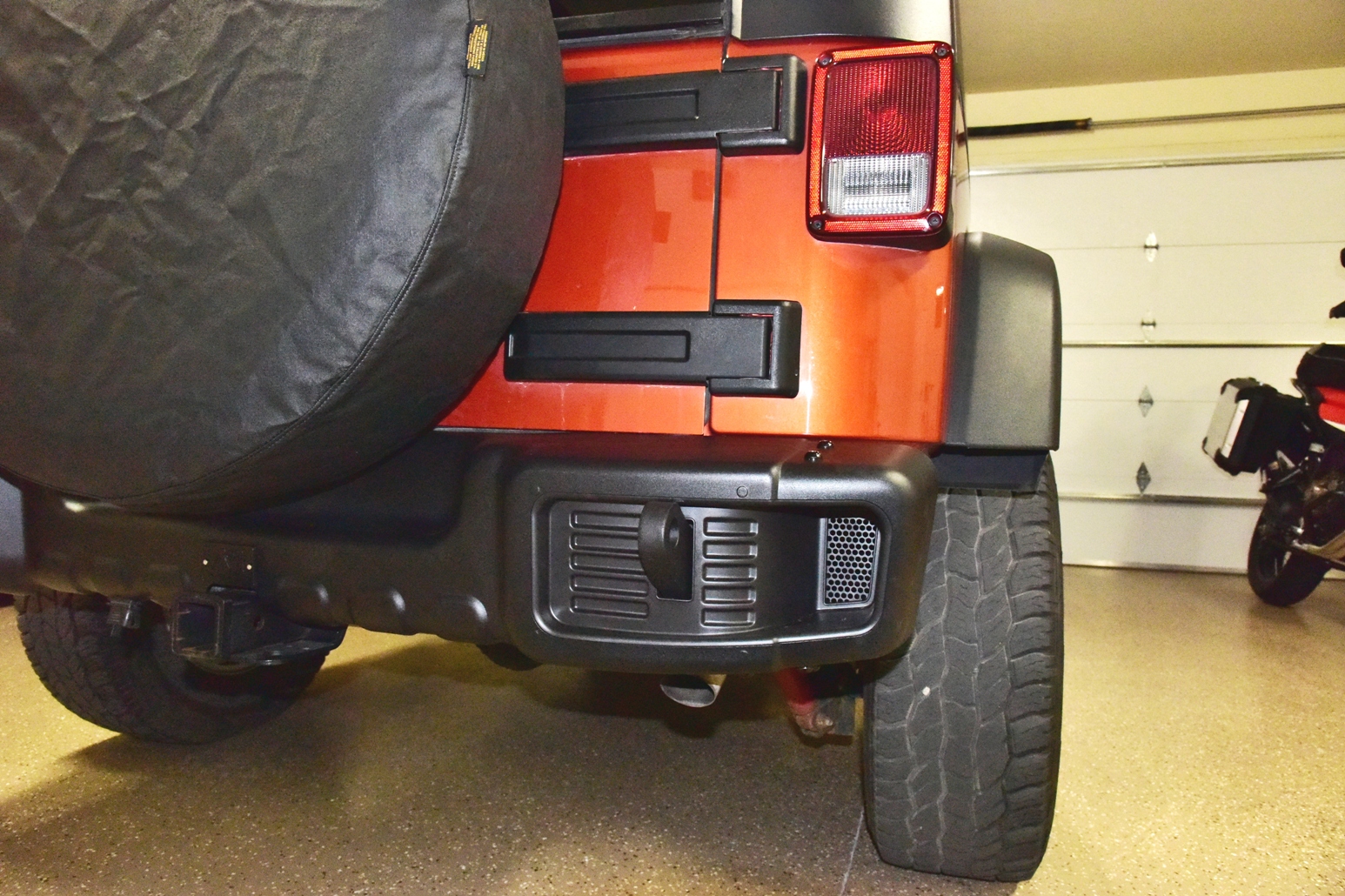 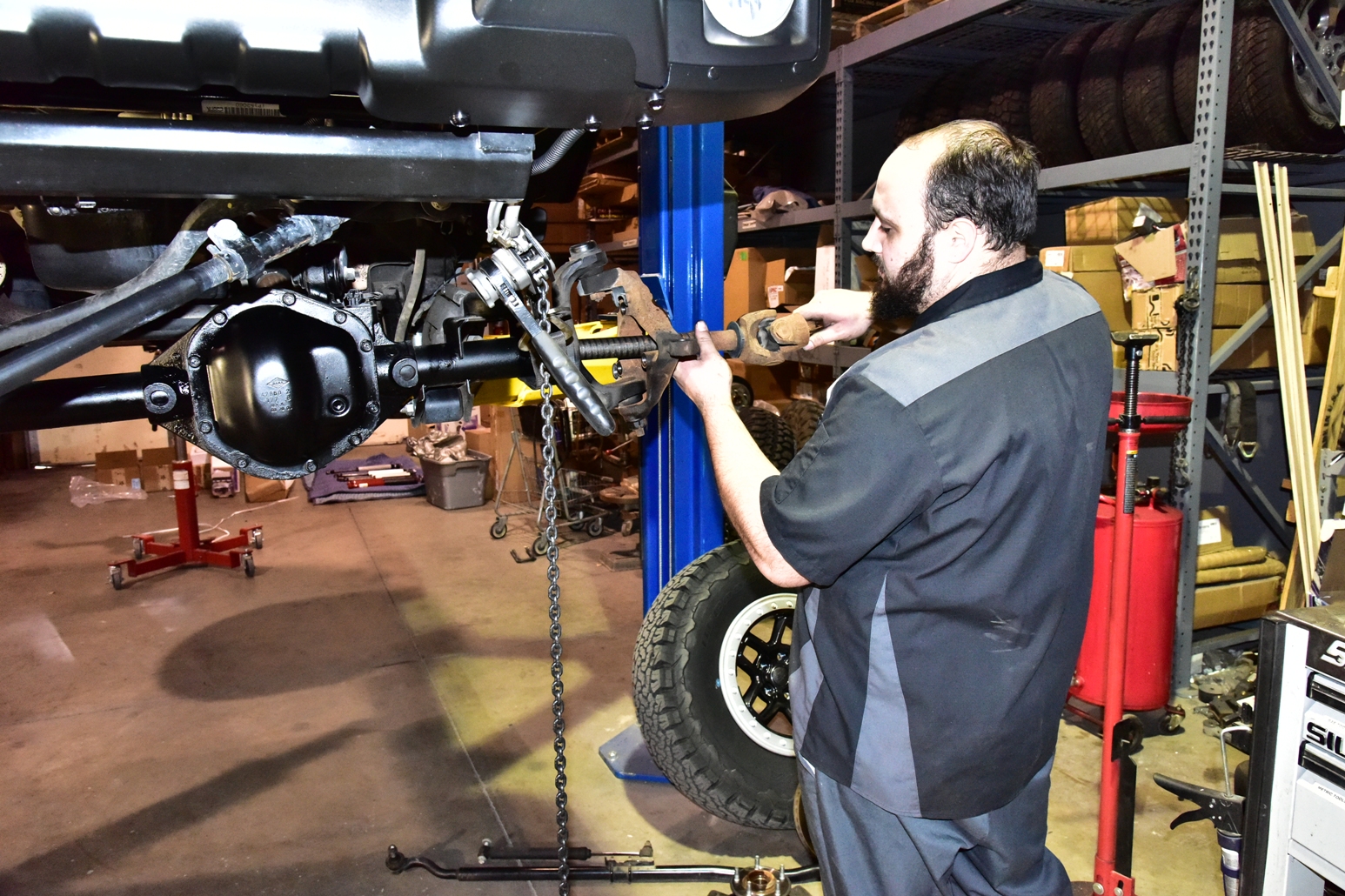 Once the bumpers were installed, the Jeep went to Red Desert Off Road/LINE-X of Southern Utah in St. George, Utah, so Trevor Sudweeks could beef up the axles and help with Nemesis flare installation. 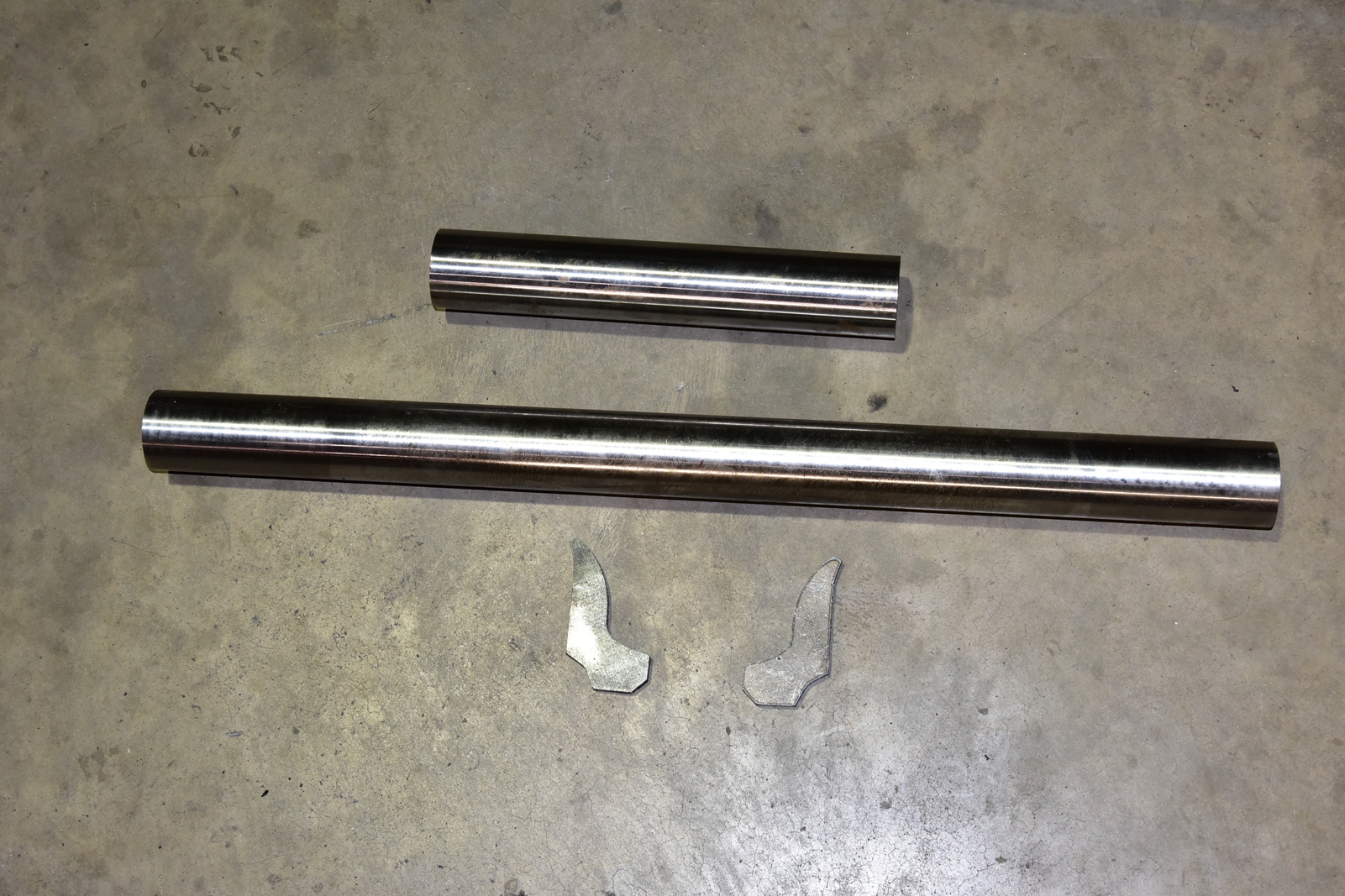 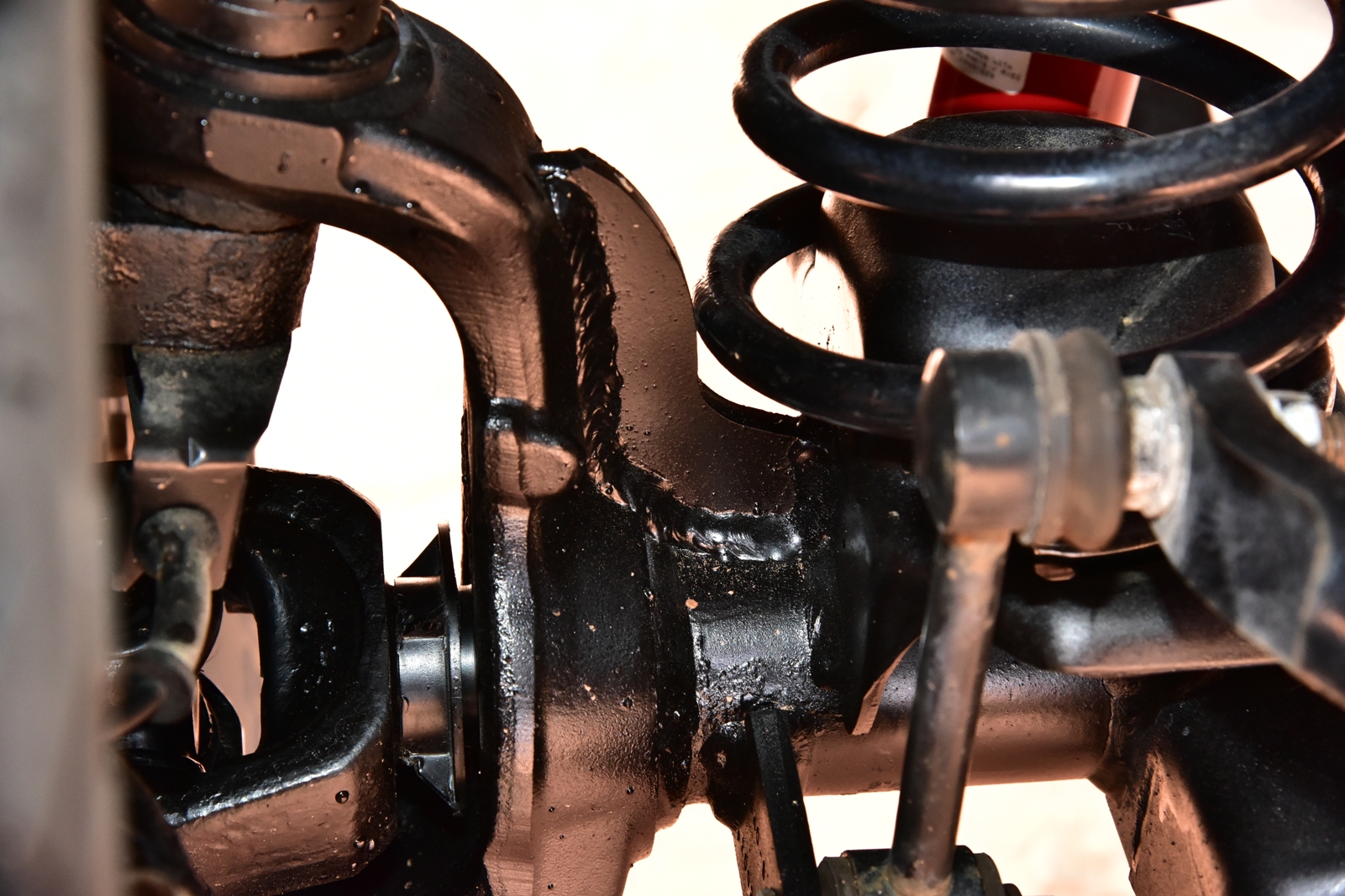 The OEM Rubicon Dana 44 front housing is weak. We beefed ours up with Synergy axle sleeves and Rock Krawler upper knuckle gussets. Lower gussets arenât needed and the sleeves will be enough reinforcement for DD Explorerâs planned use. 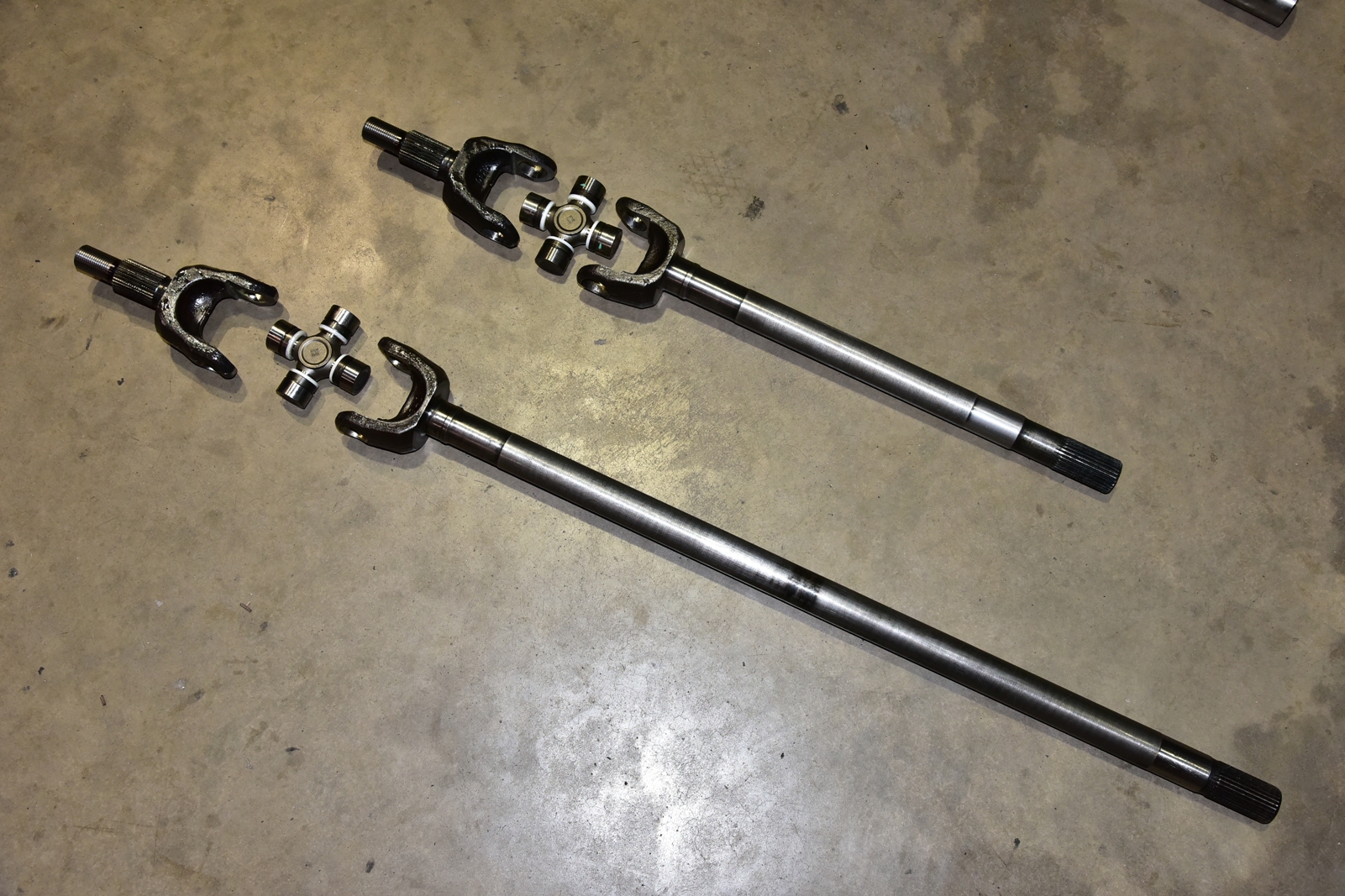 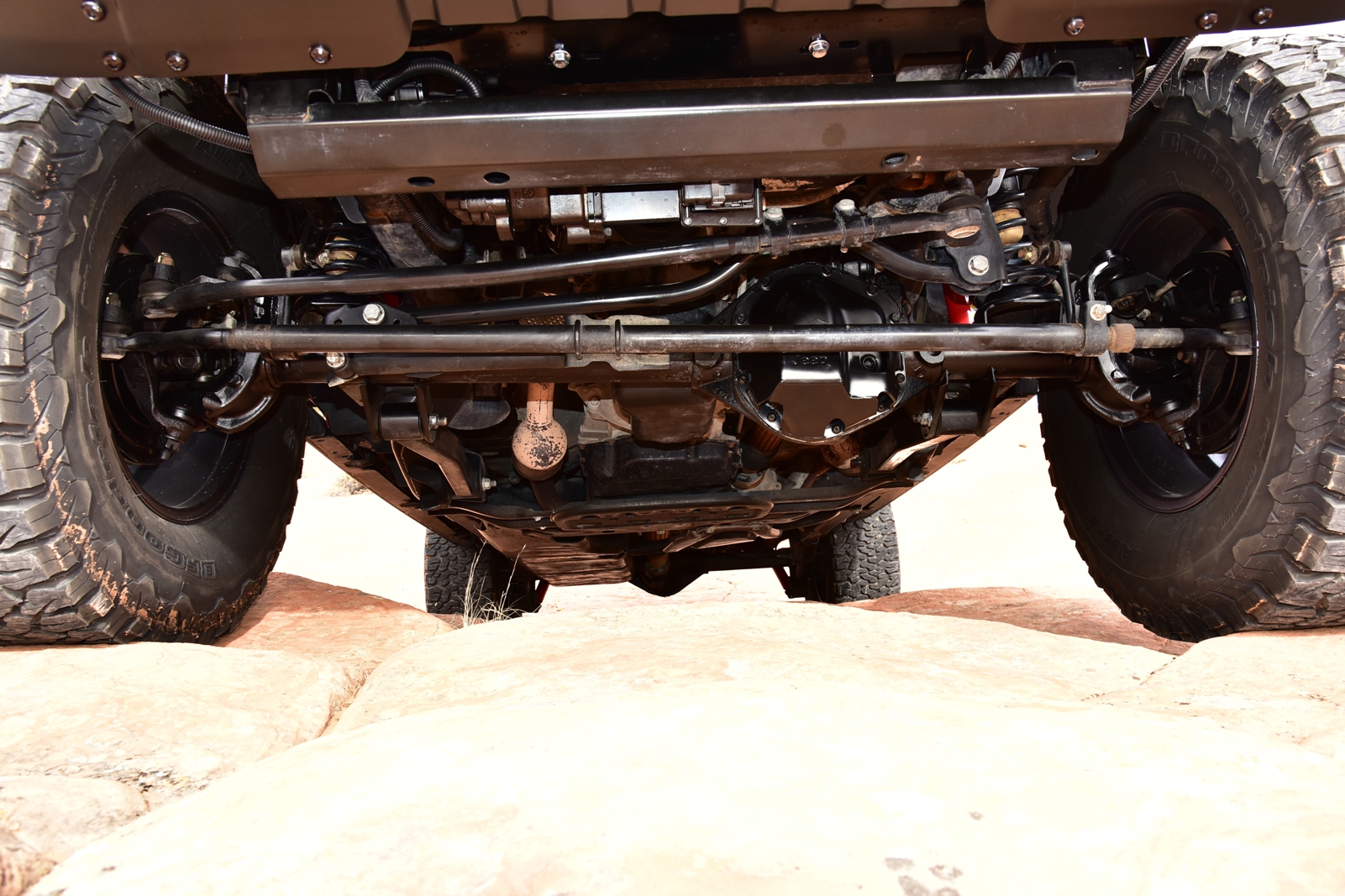 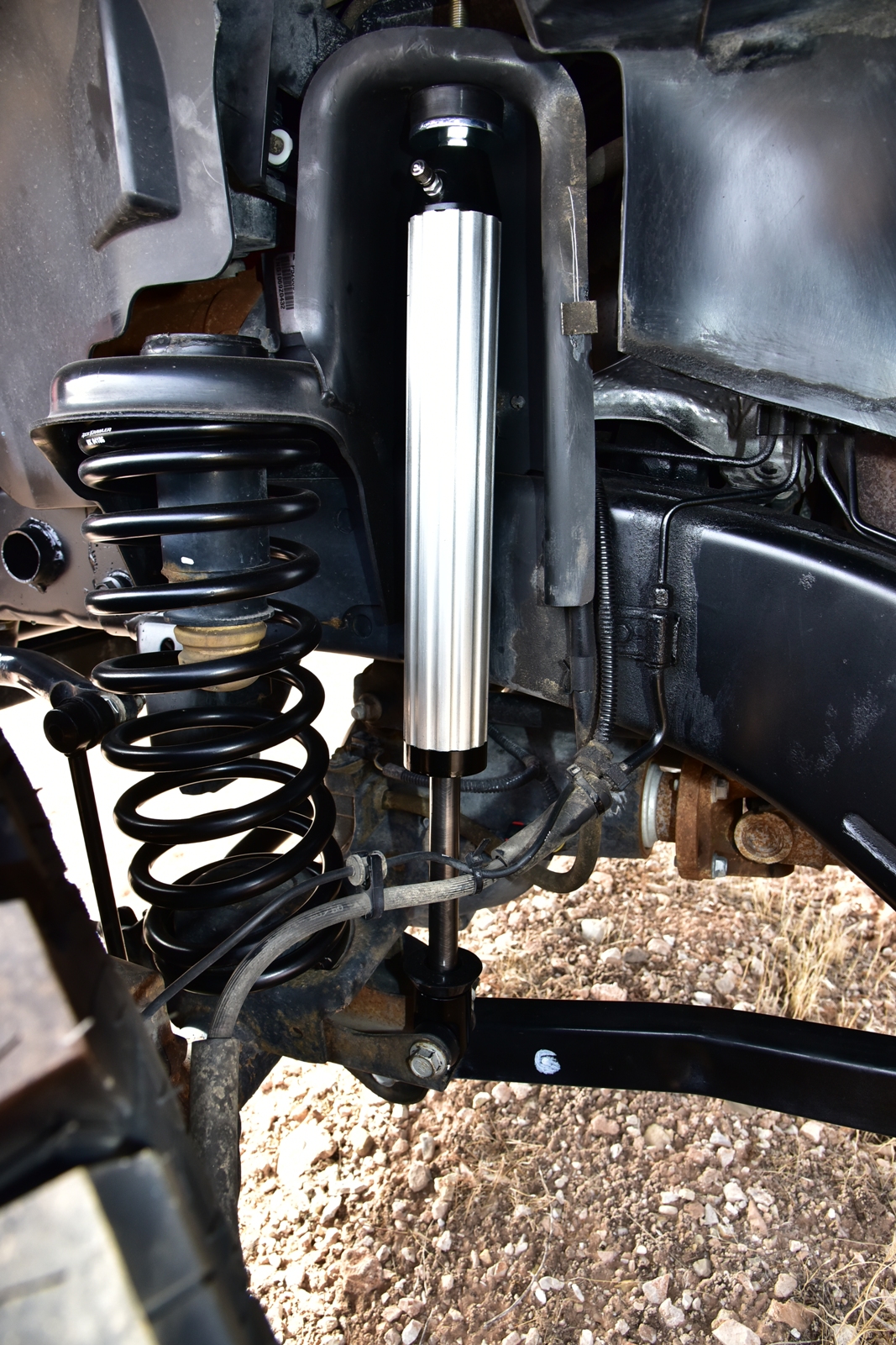 I originally planned on running 35″ tires with the OEM suspension and Nemesis flares. After talking with Jeremy PurickÂ at Rock Krawler, the decision was made to install Rock Krawler’s 1.5″ coils and RRD 2.0 shocks. Once the armor, bumpers, winch, and larger carrier/spare were installed, the Unlimited sat perfectly on the 1.5 coils. Rock Krawler RRD 2.0 shocks are lightweight, rebuildable, tunable for custom compression and rebound damping, and cool twice as fast as steel shocks. 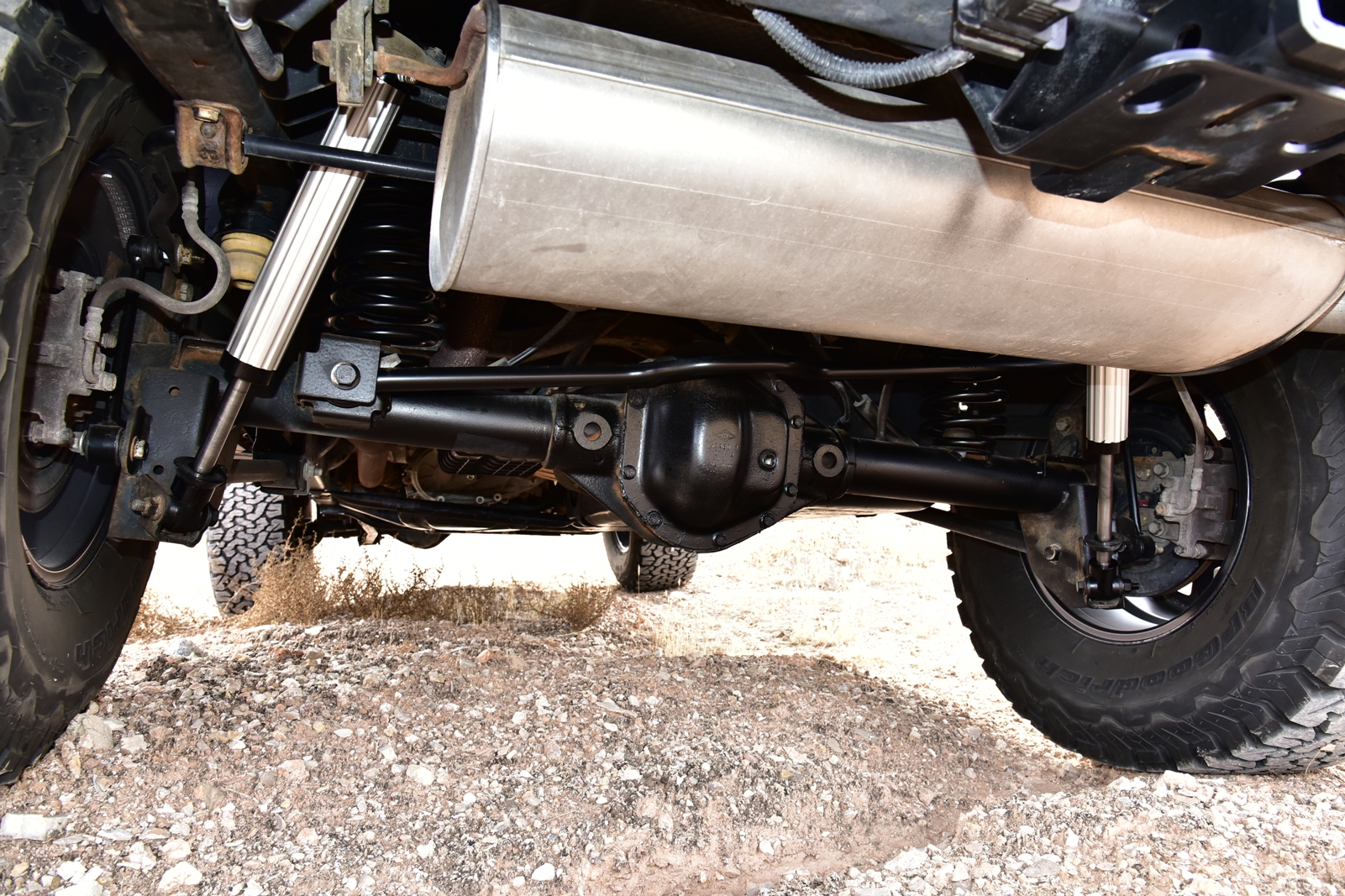 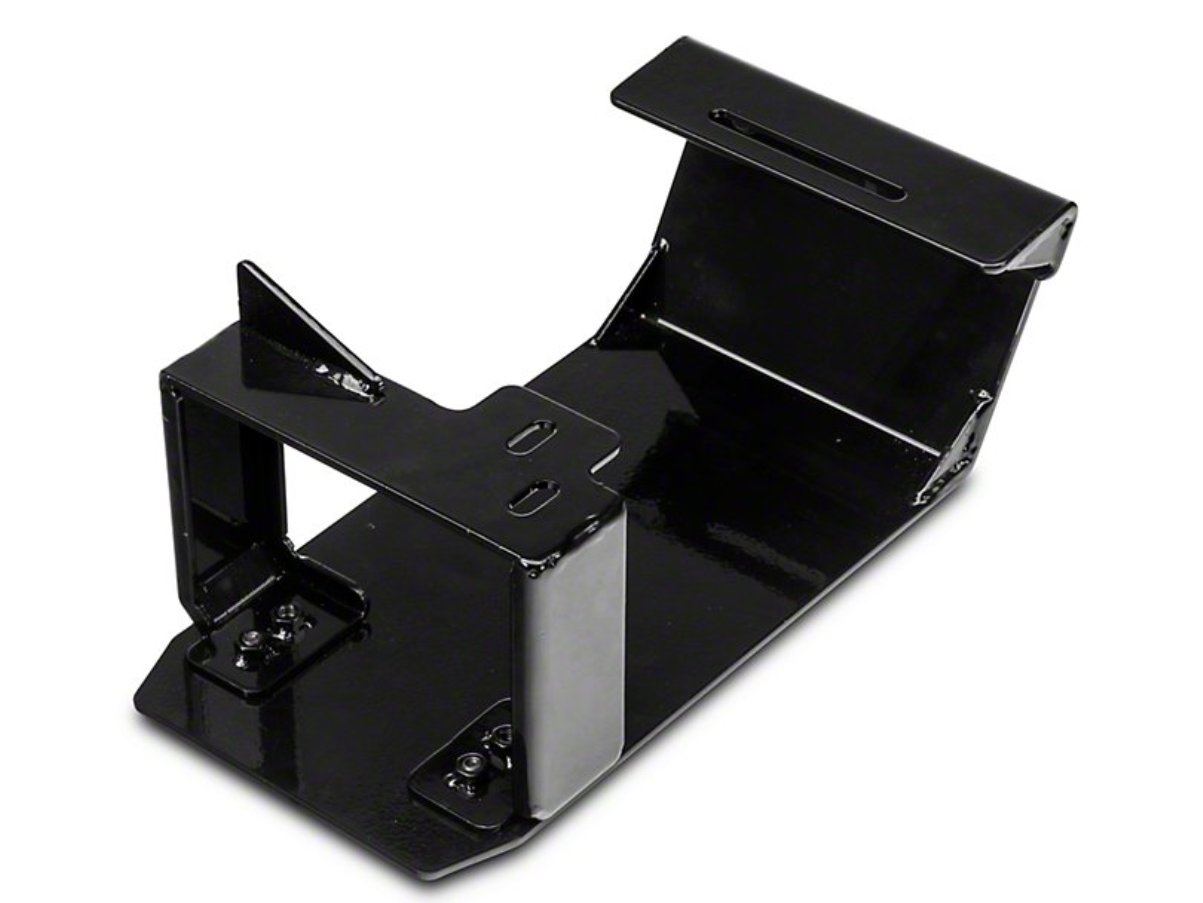 The JKâs evap canister needs to be protected or moved out of harmâs way. Rugged Ridgeâs 2007-2011 JK Wrangler Evap Canister Skidplate is an easy install as no lines had to be cut and installation took about eight minutes. 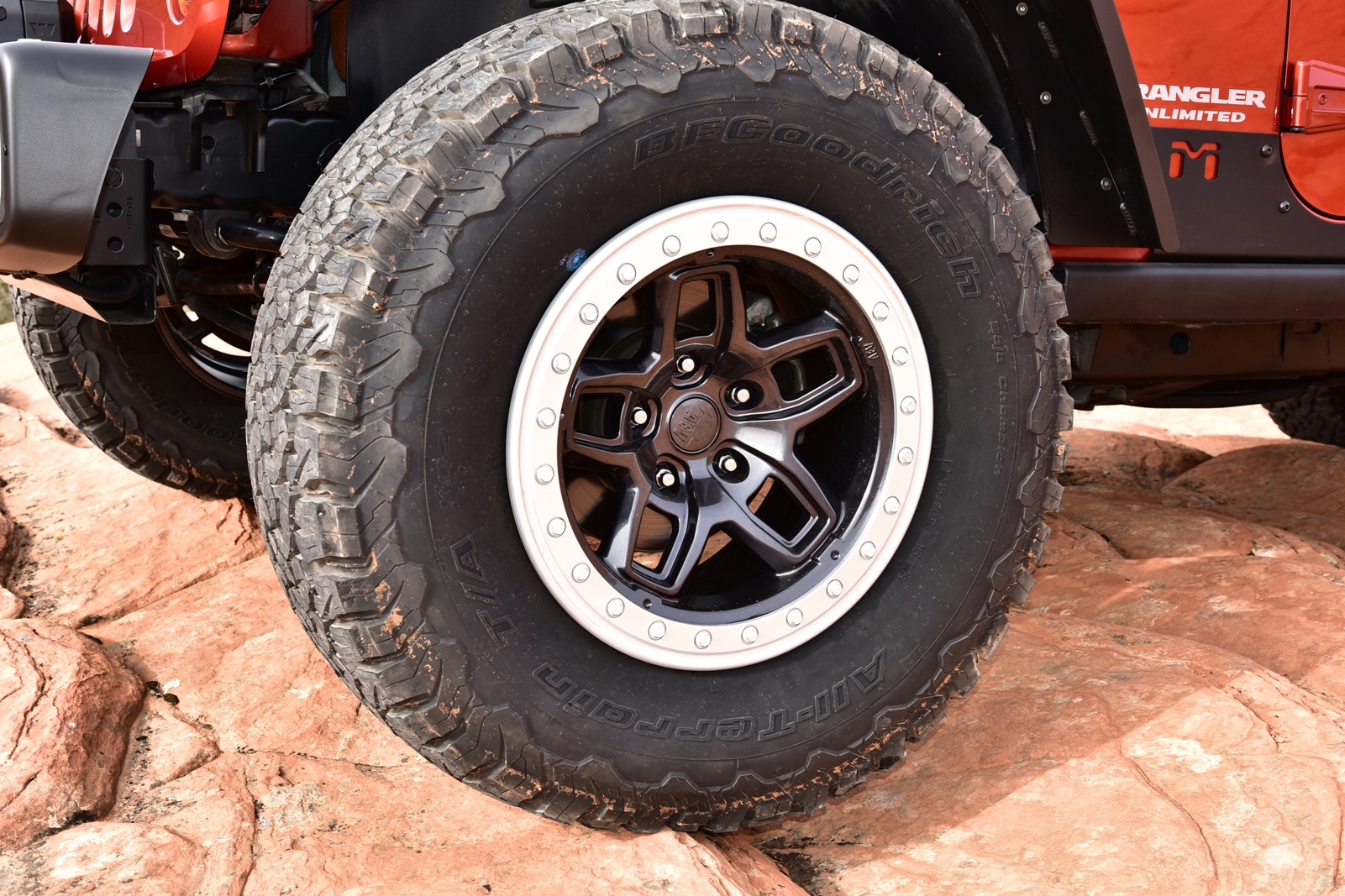 While Trevor was performing his work, Hurricane Tire Pros mounted LT315/70R17/C BFGoodrich All-Terrain T/A KO2 tires on AEV Borah DualSport Wheels. The KO2âs on- and off-highway prowess has become legendary. AEV Borah wheels can be run in three different configurations. They can be installed without rings for a simple, minimalist look. AEV supplies black nylon bolts for this configuration to prevent dirt and debris from building up inside the threaded bolt holes. We chose to run our Borahs with the protection ring, a beefy cast aluminum ring designed as a sacrificial part to protect the wheel from trail scratches while also looking like a beadlock ring. The protection ring includes Grade 8.8 hardware. The final Borah option is to run them as a functional beadlock wheel. The beadlock ring is a 16mm thick, forged aluminum ring with custom Grade 10.9 metric hardware for increased shear strength and to meet the higher beadlock torque requirements. 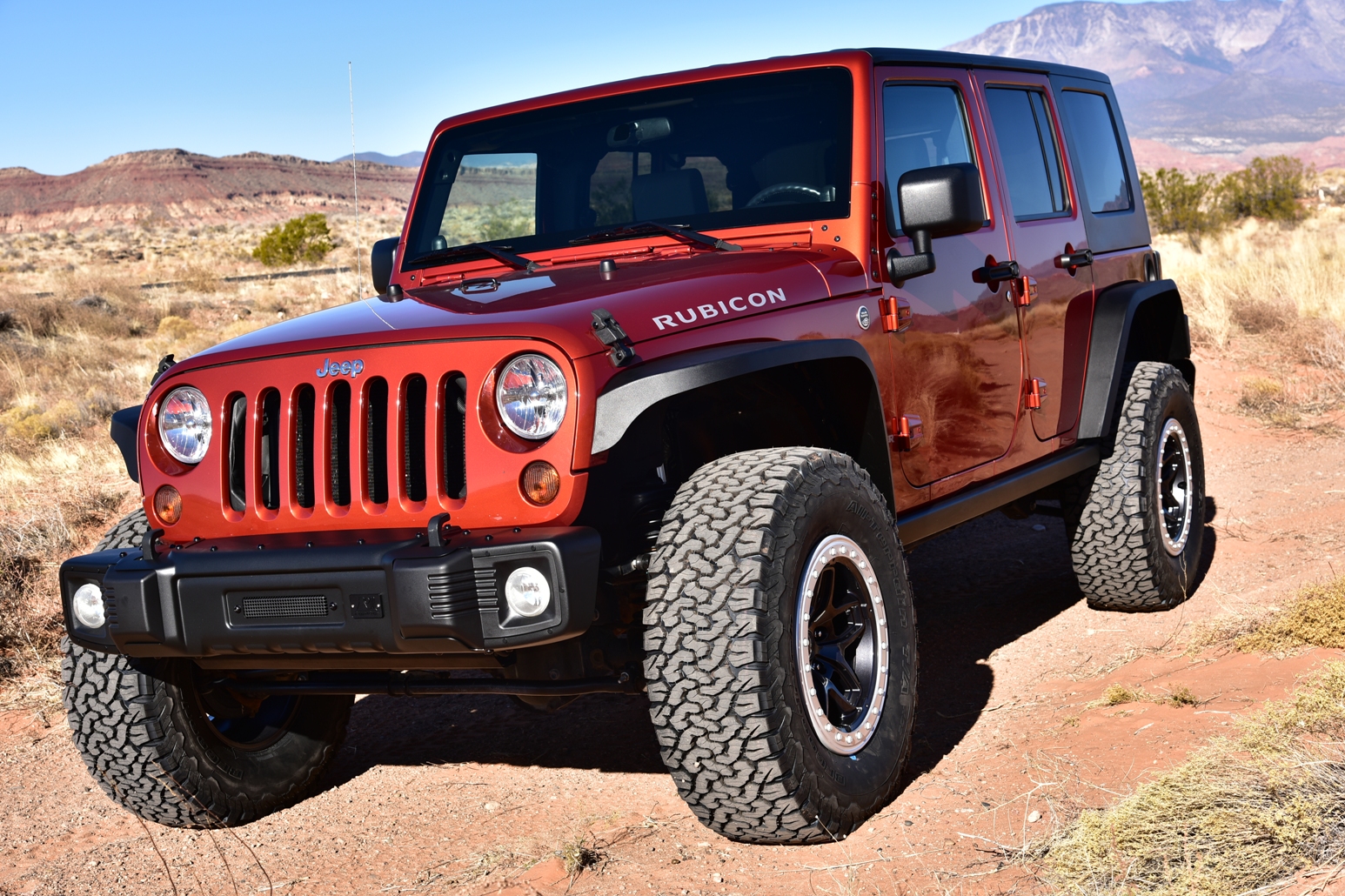 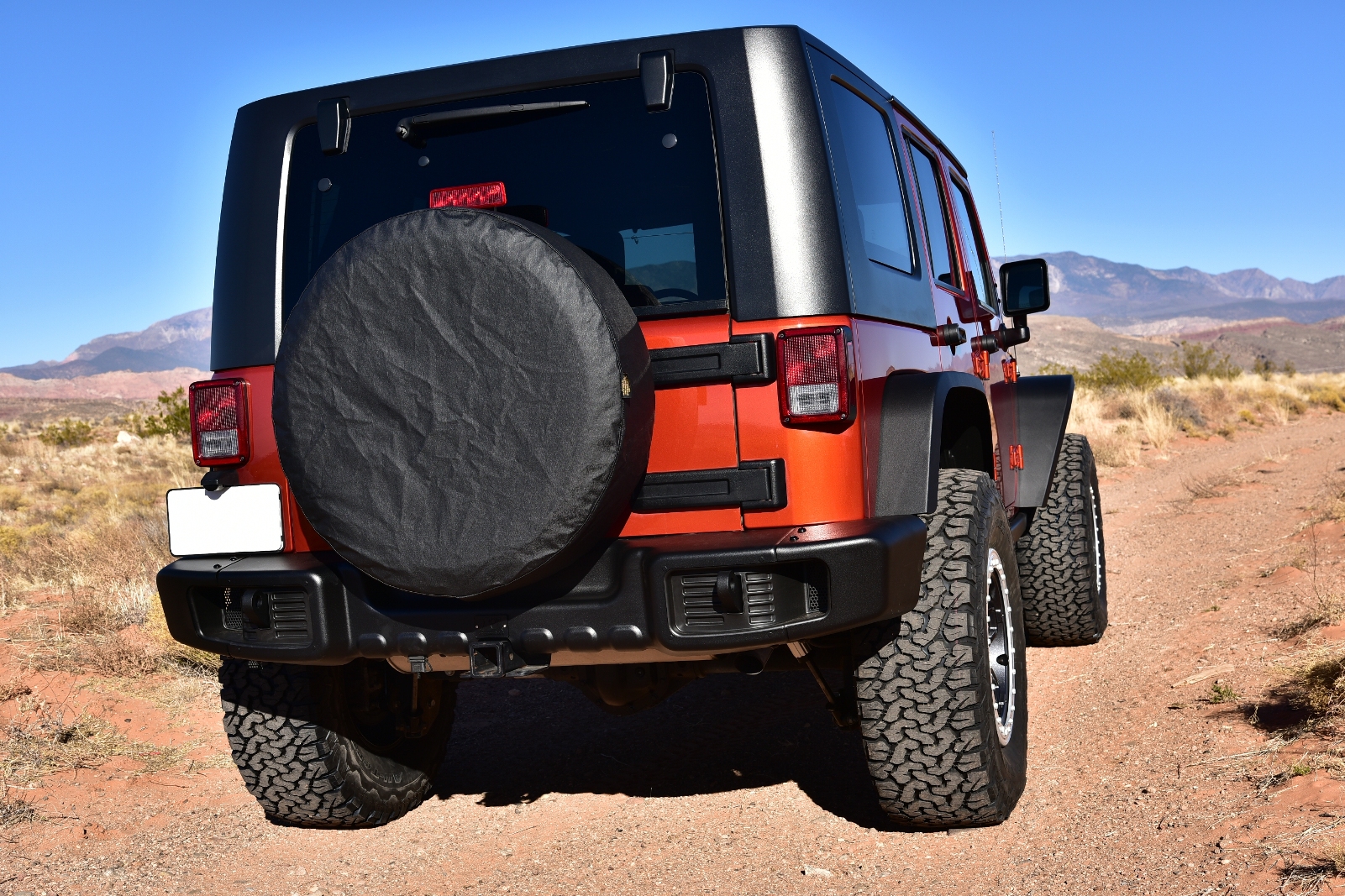 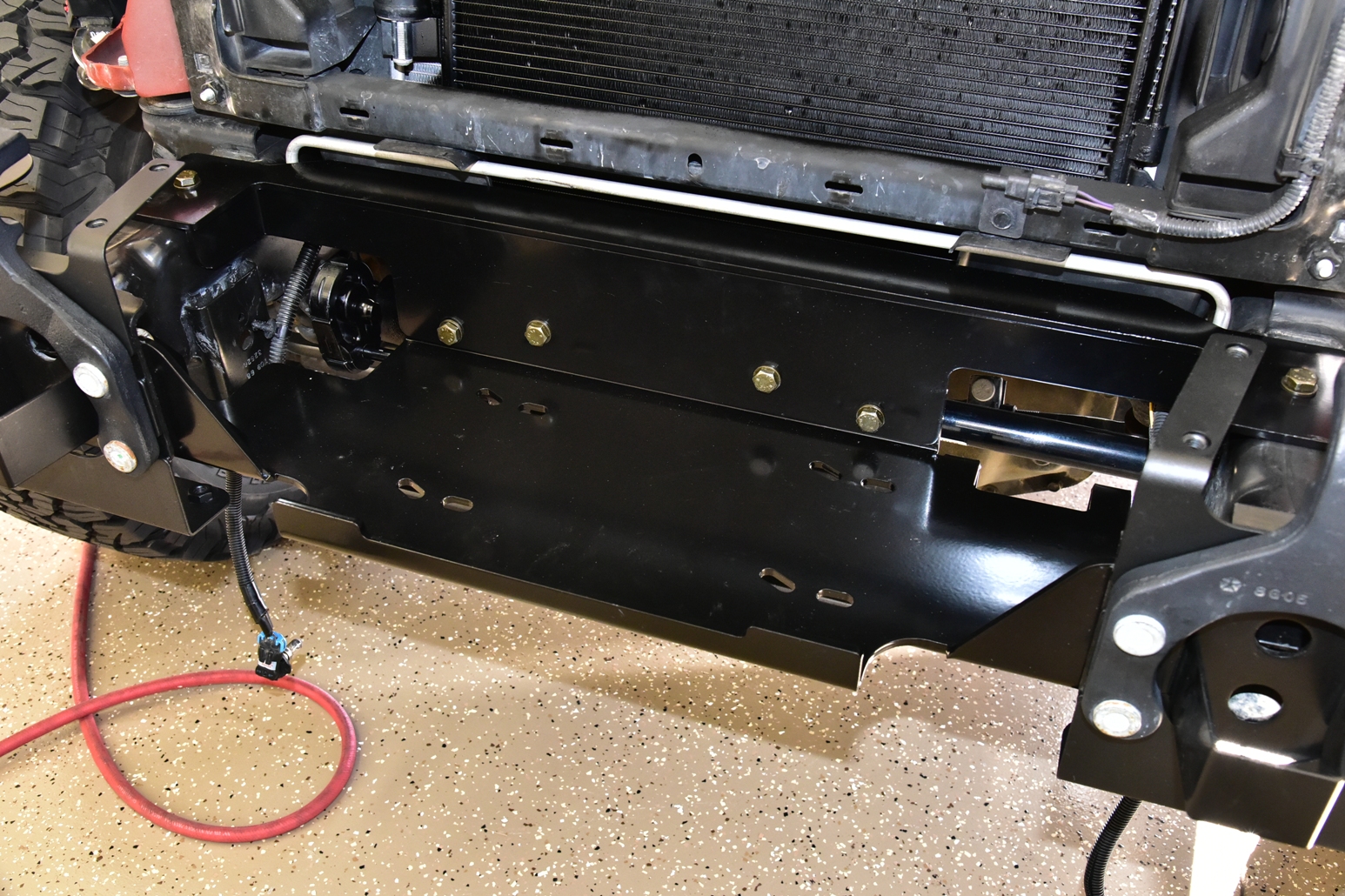 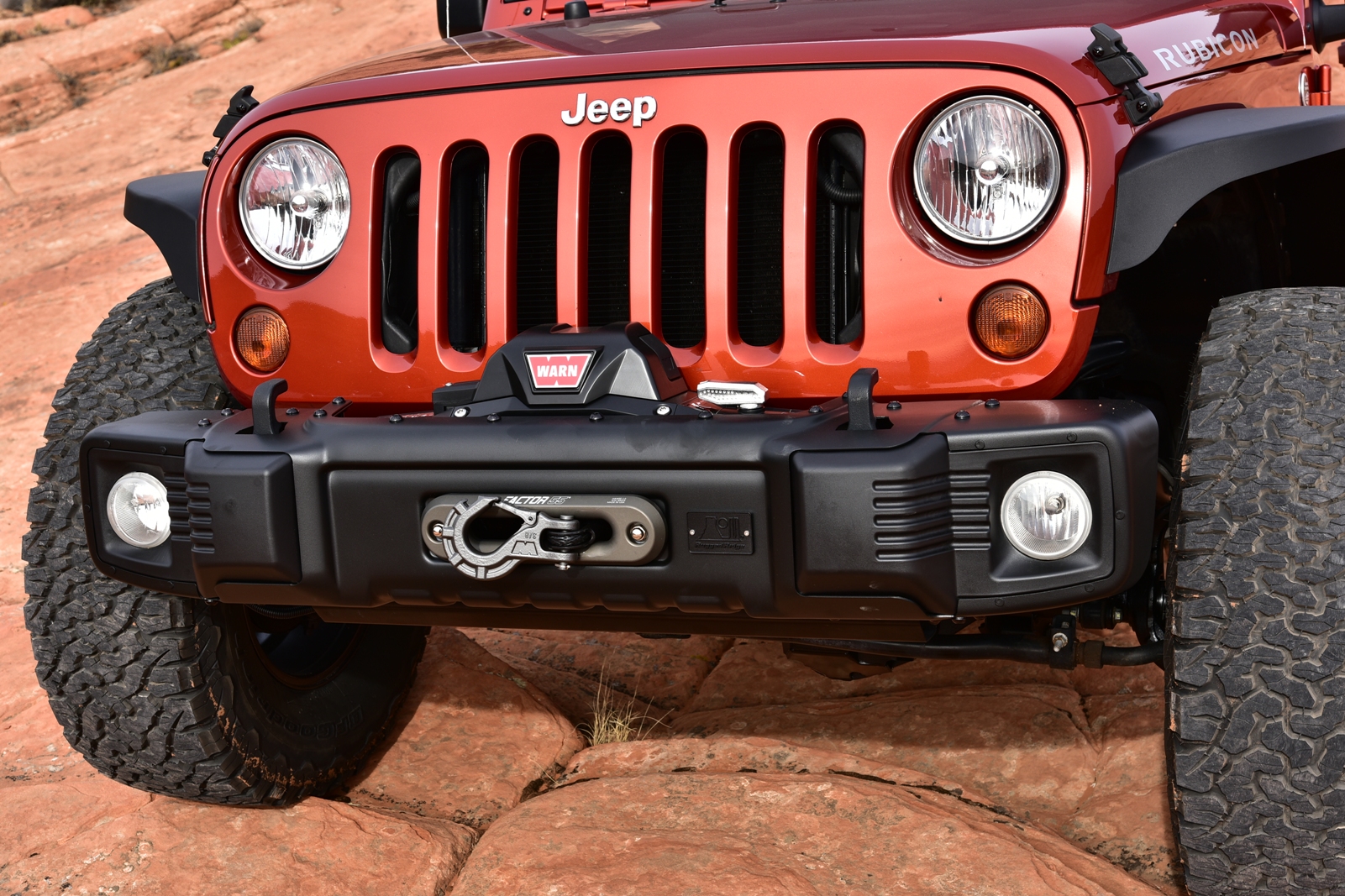 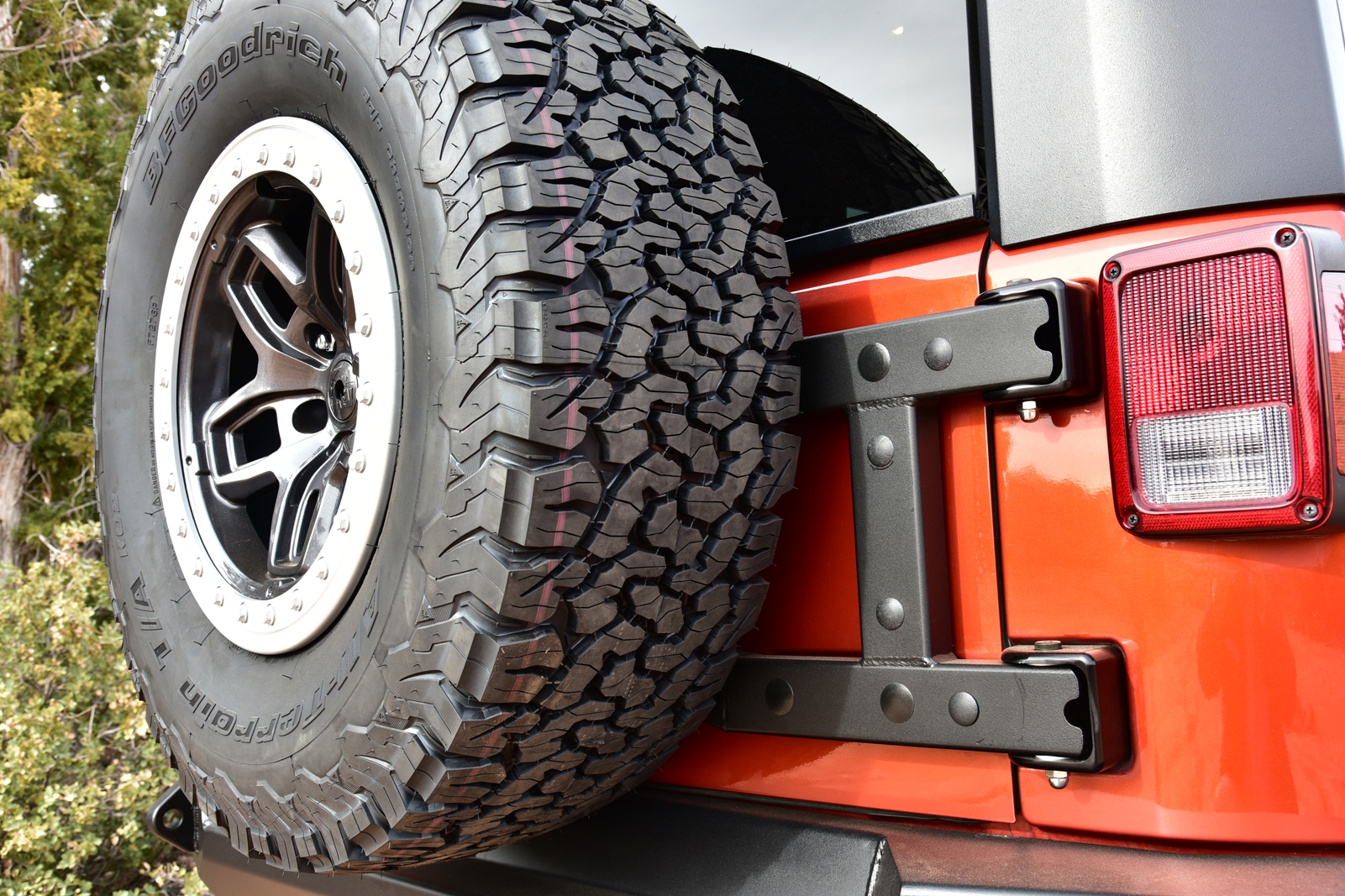 To carry a full-size spare, the OEM spare carrier and tailgate hinges didnât cut it. MetalCloakâs SportGate Tire Carrier for the JK Wrangler is designed to support the extra weight and size of a bigger (up to 150 pounds) spare tire and wheel. The made in USA support system features rectangular steel tube exoskeleton brackets, heavy duty billet aluminum hinge replacements, and adjustable height/depth spare attachment plate. An added plus is you retain the easy to open convenience of the OEM tailgate handle. Plastic plugs cover threaded mounting points for a Metalcloak accessory bracket that can carry a Rotopax can. A Hi-Lift Jack mount is also available. 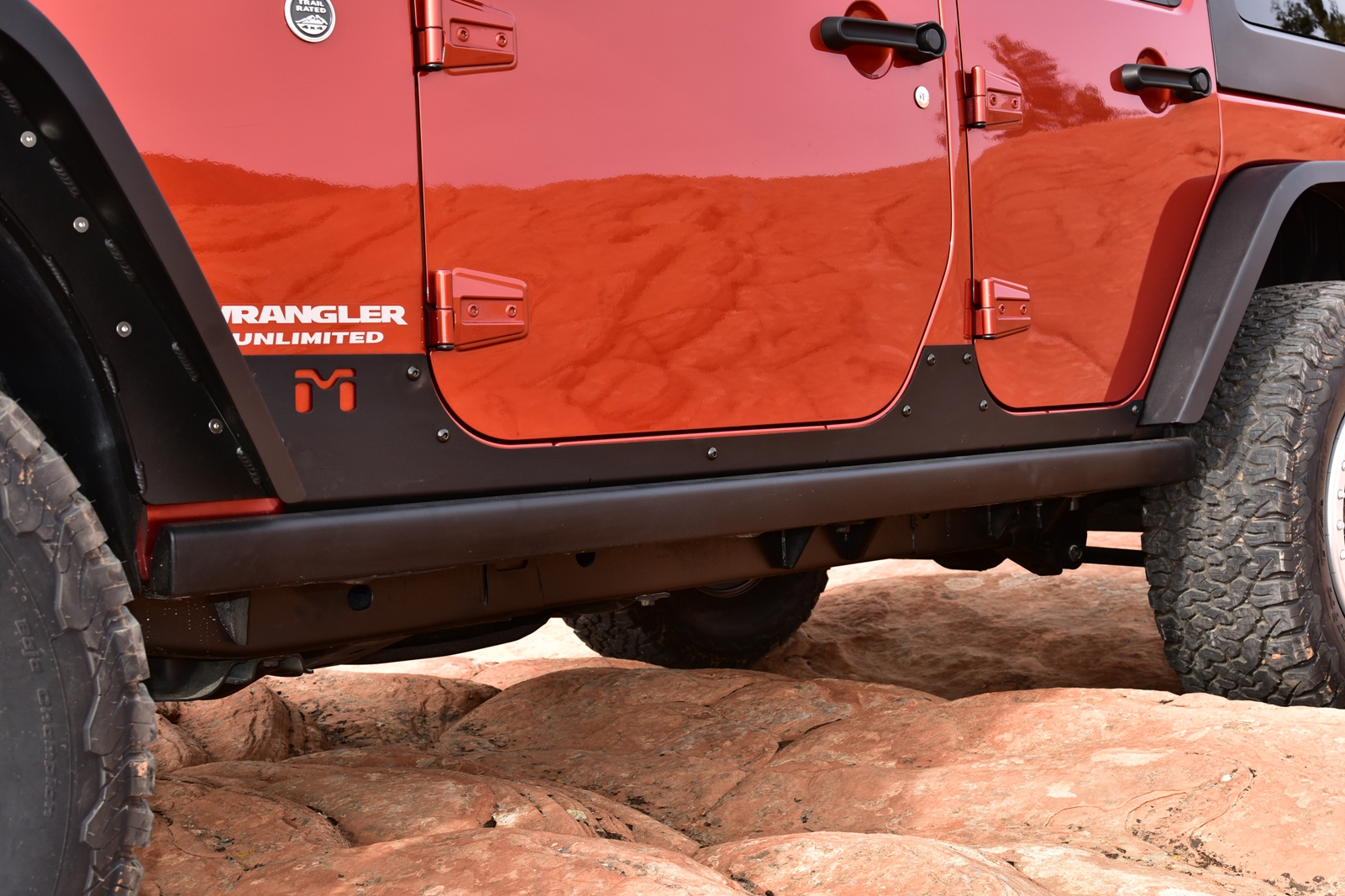 Metalcloak JK Wrangler Unlimited Rocker ExoSkins are made of aluminum and provide strength and reinforcement to vulnerable, thin rocker panel sheet metal. The ExoSkins bolt on securely with included rivet nuts. I used these with the OEM Rubicon rocker guards, but they can be used with MetalCloak Overland Rockers, too. The ExoSkins work with the Nemesis flares and are also compatible with factory fenders (as well as many other aftermarket flares and fenders). 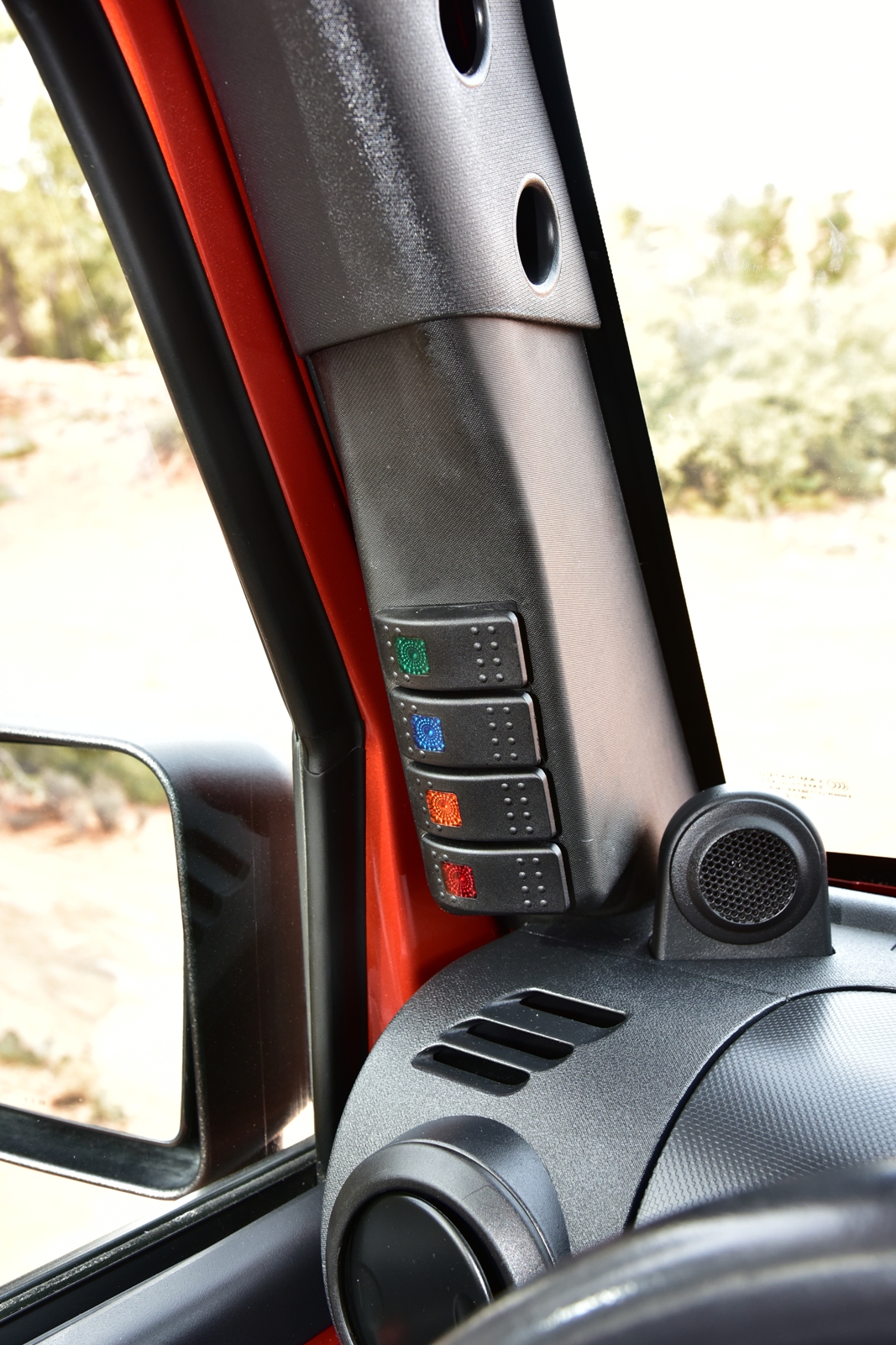 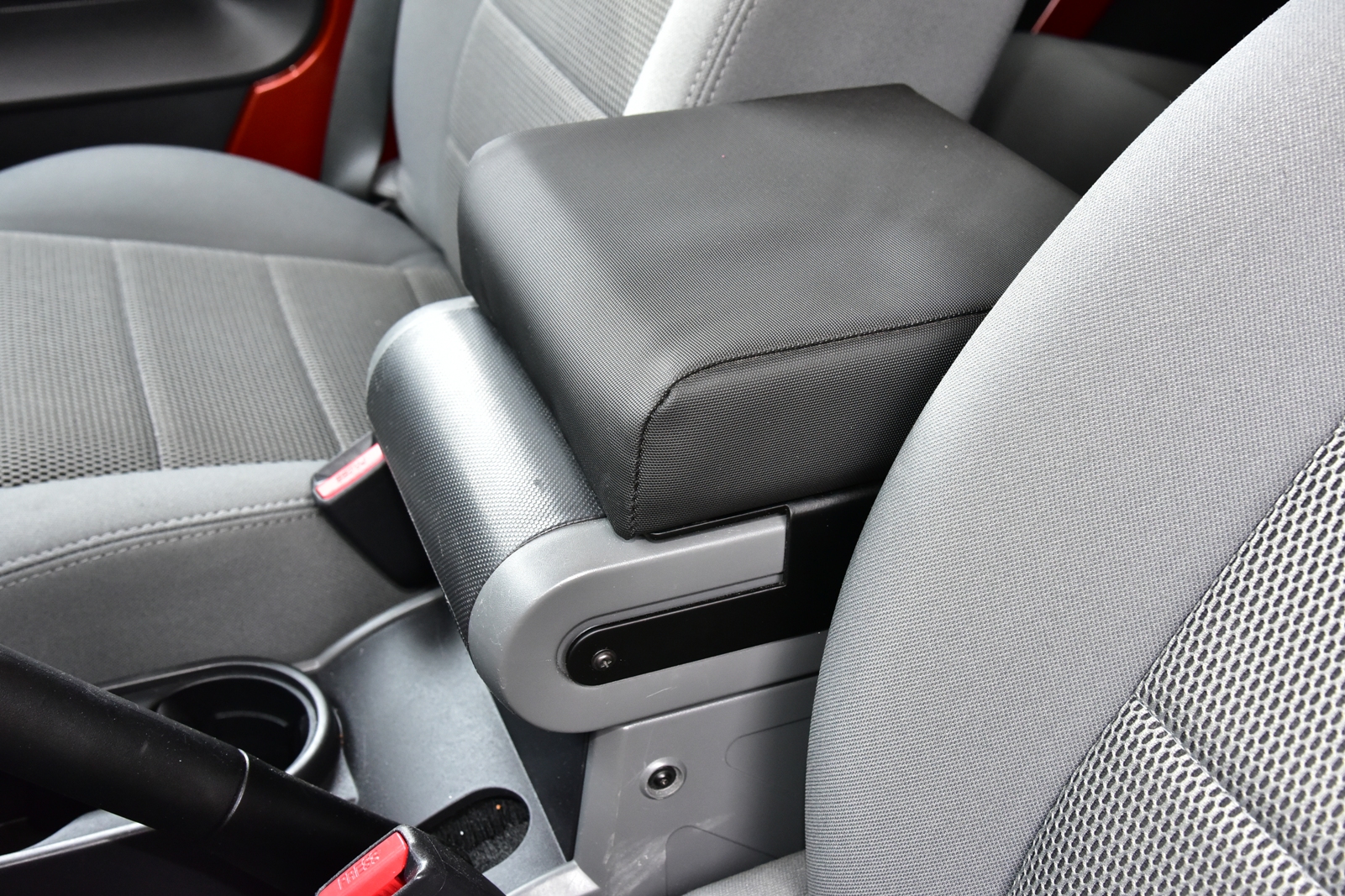 A center console pad from Rugged Ridge is a comfortable armrest. 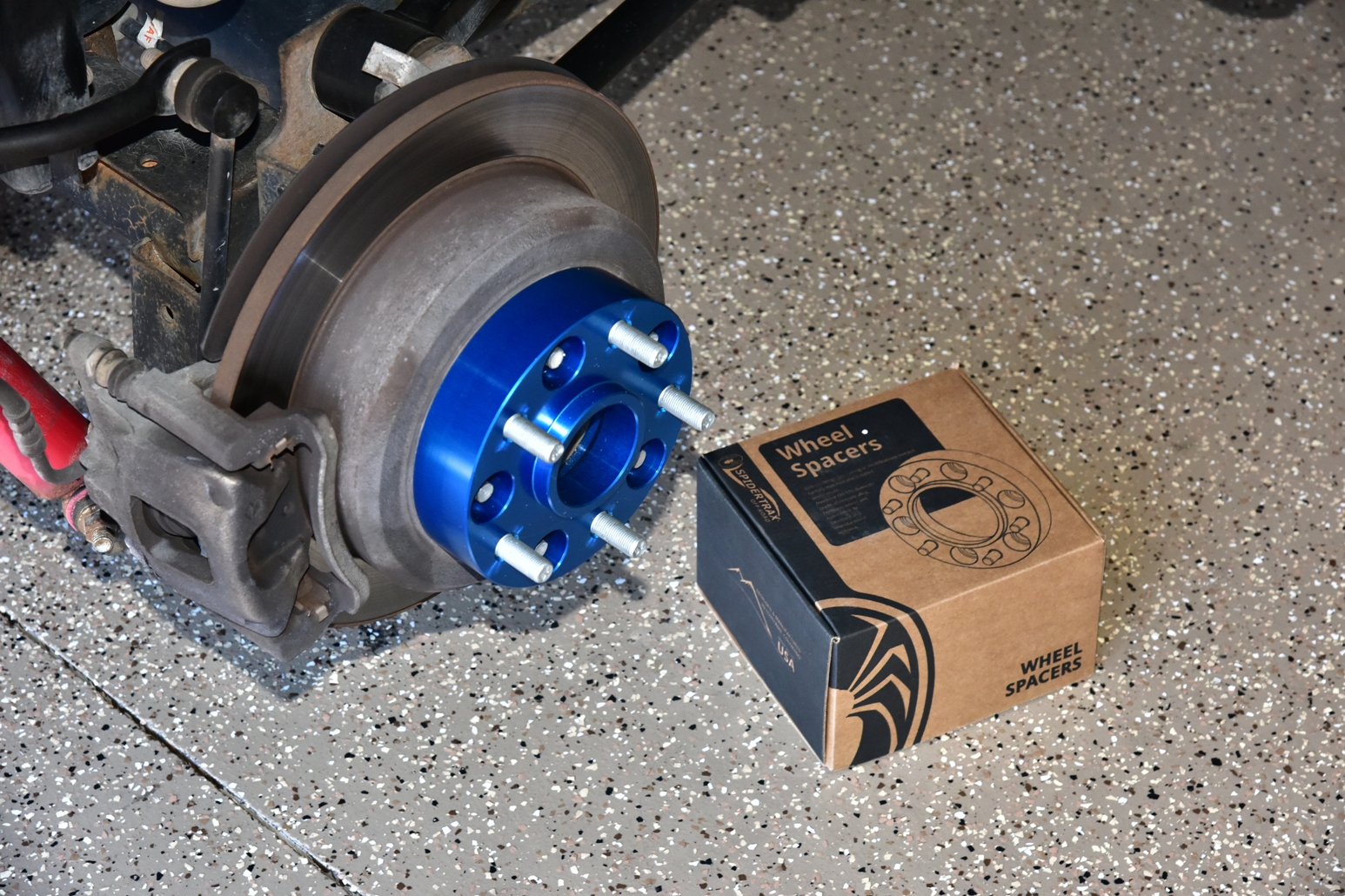 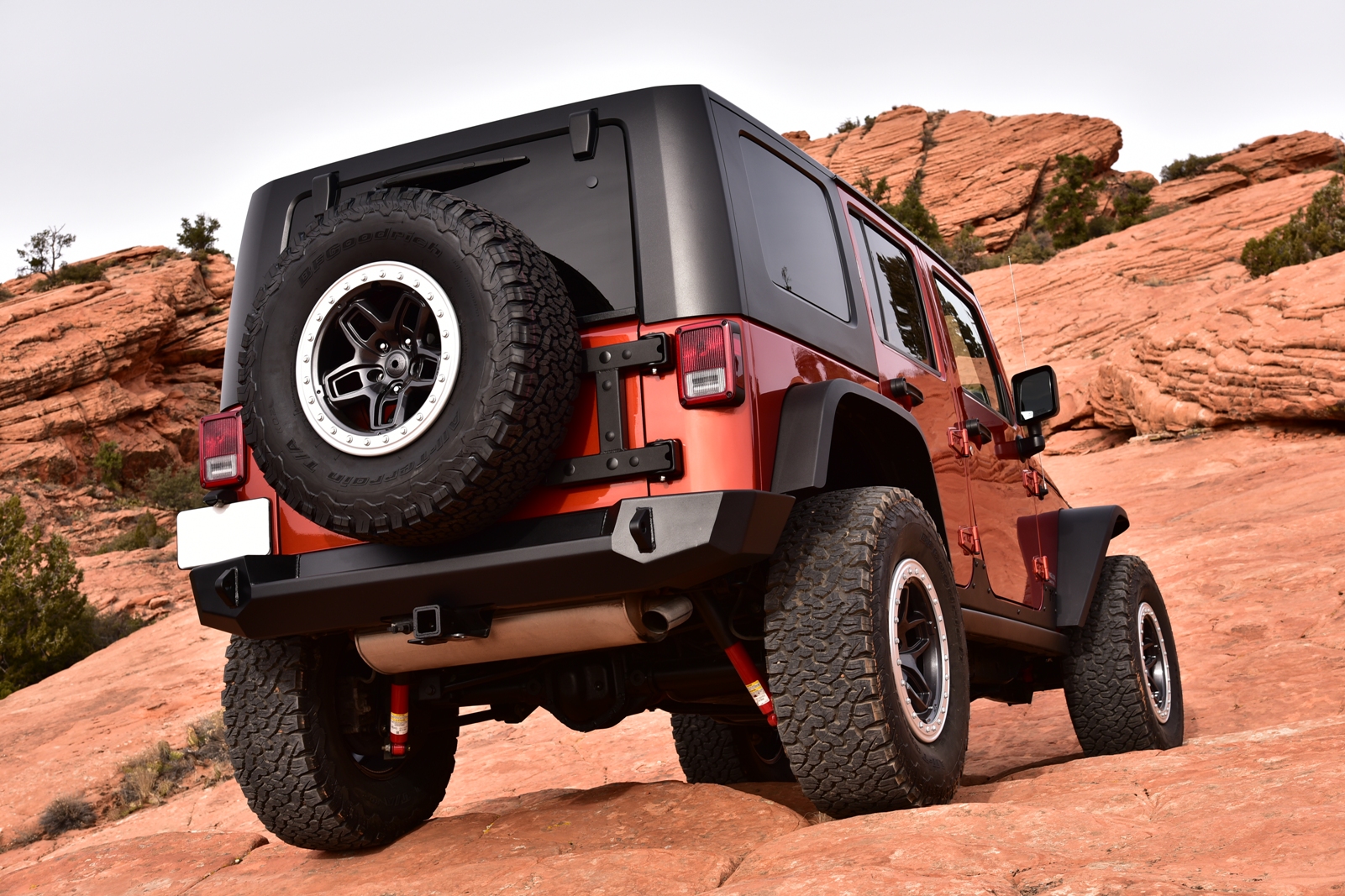 If tougher four wheeling is on the agenda, this Expedition One Core Series bumper is installed. 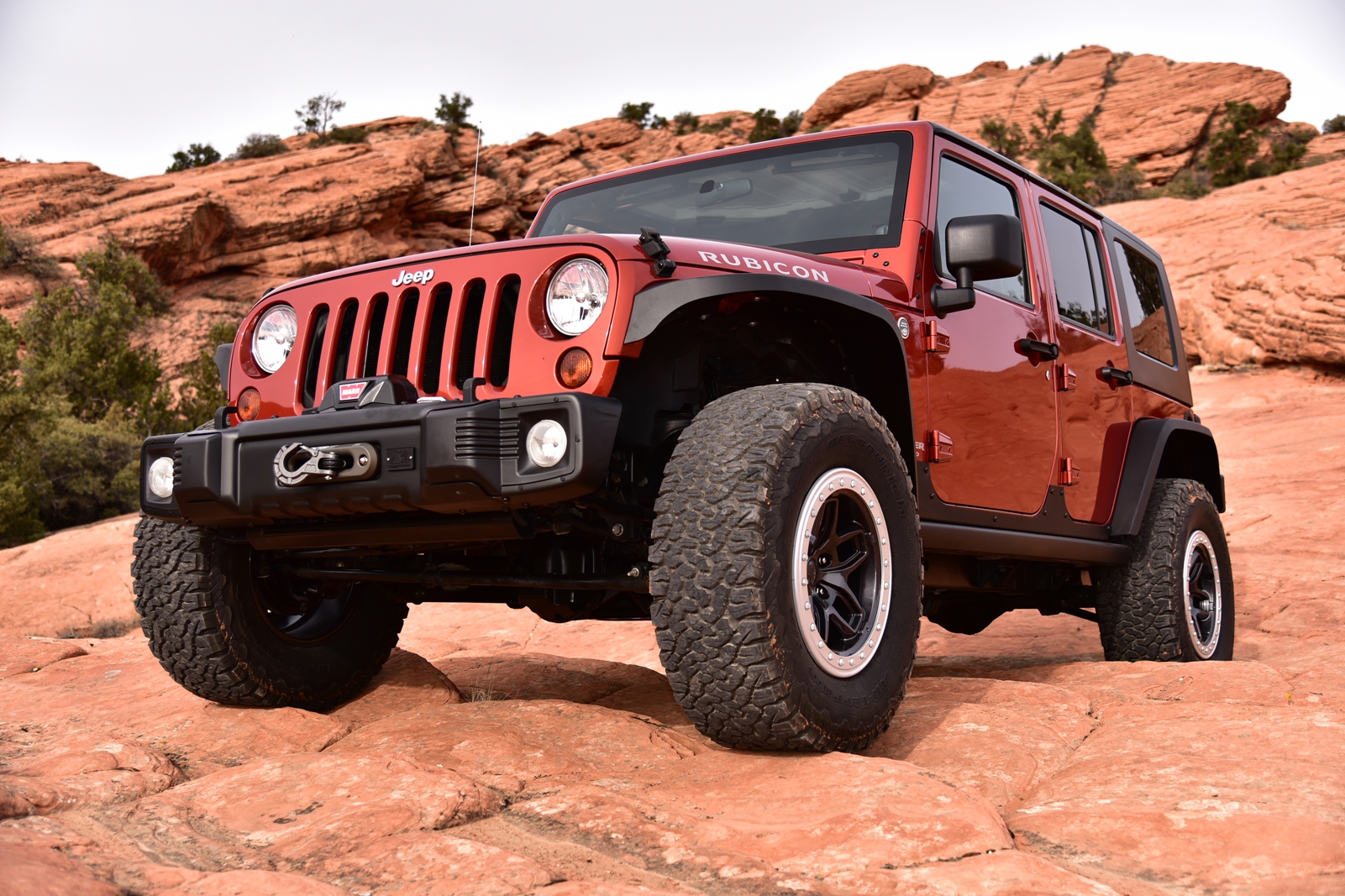 DD Explorer looks great and works well on the street or trail.

As past Editor-n-Chief of 4Wheel Drive & Sport Utility and Off-Road Magazines, and co-host of the Outdoor Channel's Four Wheeler TV, Phil's been participating and bringing four-wheeling action to the world for decades.

The ModernJeeper Show, #194 â Building “Funshine” and meeting the Winners of the $5000 Giveaway