Living in a rural location definitely has its ups and downs…its positives and its negatives. I’ve been needing to install some MetalCloak control arms...

Living in a rural location definitely has its ups and downs…its positives and its negatives.

I’ve been needing to install some MetalCloak control arms on the front of my 2006 Dodge Ram 2500 for quite some time. Once I switched to a 35” tire, the rubbing on the rear of the front fenders was getting old…even after some “finessing” of the spot it was rubbing.

This is the same truck I used for a few years taking the CTI Trailer to events across the country. It’s been a strong truck for me and one I’d like to hold on to for a while still. It has Lorentz leveling coils in the front with bilstein shocks at all 4 corners. An Edge Revolution CTS tuner; SouthBend dual disc clutch (yes, its a 6 speed); an S&B intake; no cat; and Kenwood and Kicker sounds with Bestop Powerboards. At 250,000 miles, its just getting broke in!

So…lets swap in some control arms that are not only 1/2” longer than stock but also feature the Duroflex Joint! While MetalCloak is mostly known for its quality engineered Jeep parts, they also manufacture some really well built arms for your Dodge Ram!

The Ram Truck is definitely a leader in the field and you want only the best for your rig.

Welcome to MetalCloak and the proven Duroflex Control Arms for your 1994-2012 Dodge Ram!

Engineered for lifted or leveling applications of your full size Ram Truck, the MetalCloak Dodge Ram Control Arms feature our Patent Pending Duroflex? self-centering composite bushings — a significant improvement over stock bushings and up to 76 degrees of misalignment.

The lower Control Arms have bends strategically placed to provide added tire clearance while the upper control arms are made of Solid Chromoly for ultimate strength. Duroflex bushings are fitted on both ends of the control arms and are known for their proven durability and the smoothest ride on and off-road.

All parts are treated with Gold Zinc Chromate for the ultimate in defense against the elements. MetalCloak takes the guess work out and engineered these in corrected lengths designated for lifted or leveling applications.

MetalCloak Dodge control arms are the perfect upgrade when modifying or upgrading the suspension on your Dodge Ram Truck.

If you would like to know more about the Duroflex Bushing take a look at this: https://vimeo.com/94082211

This is an easy garage install….kind of. If you can lie on your back and turn a wrench…you can accomplish this upgrade. But, its important to know that these are larger than the typical 10mm nuts and bolts, so get out the bigger wrenches! 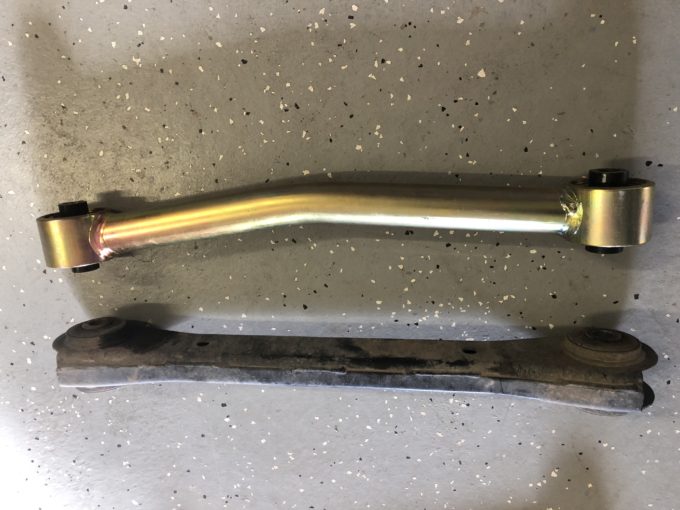 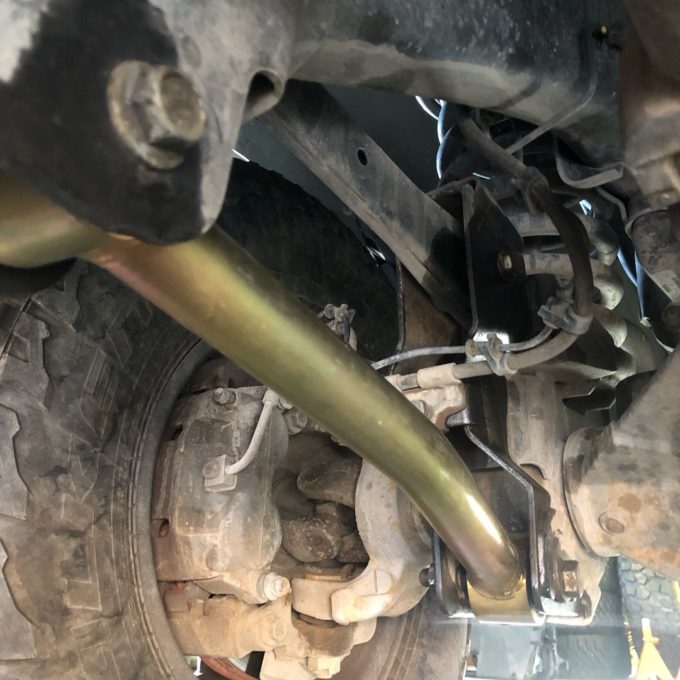 I worked on the driver side of the truck first…which is also the easiest! Removing one arm at a time and replacing it with the new MetalCloak arm, re-using the factory hardware, was actually very simple and didn’t require a ratchet strap or anything to re-align the bolts, which I was prepared to do. I took me about an hour, taking pictures and hunting for the tools I needed. Then came the “fun” side! 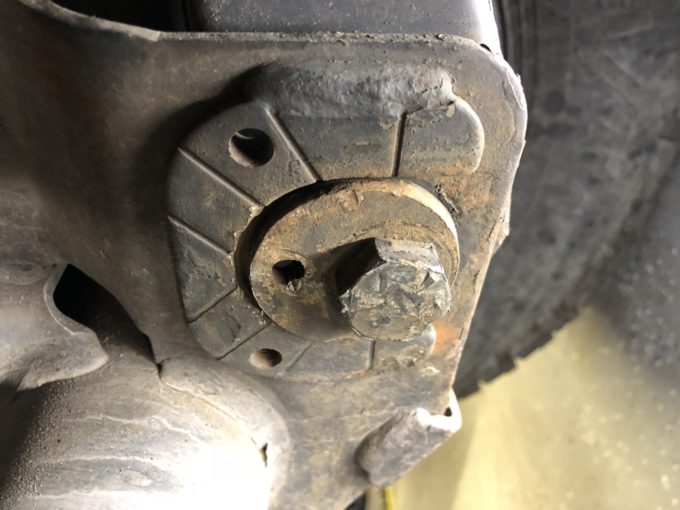 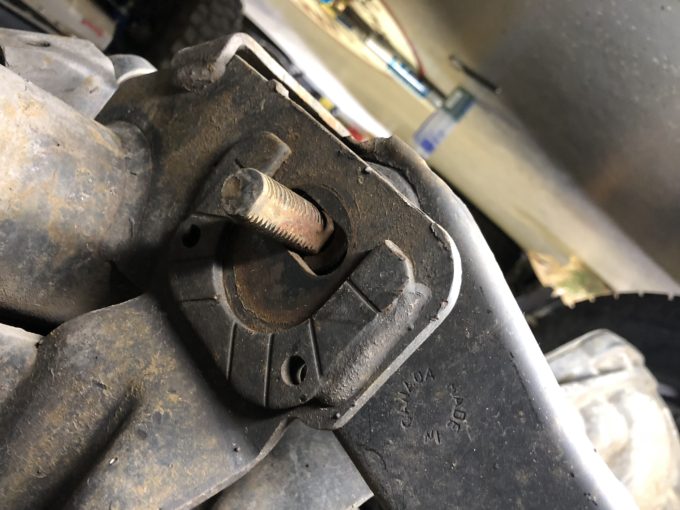 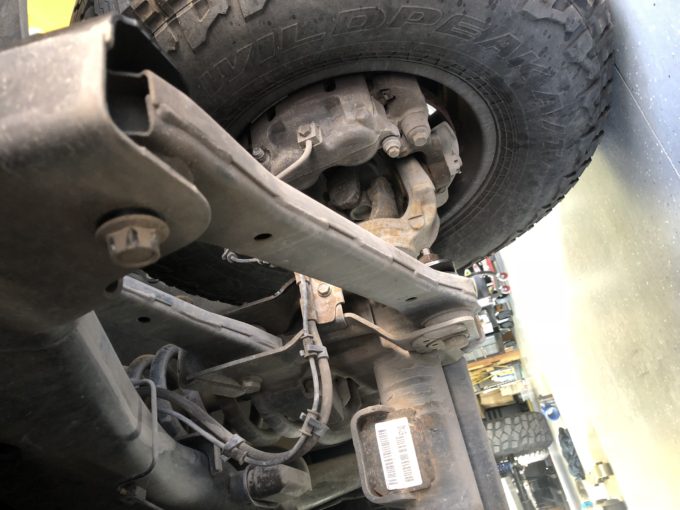 A typical issue with lower Dodge control arm bolts  (or any manufacturer for that matter) is them “seizing” inside the bushing of the control arm. While the driver’s side simply pushed out, the passenger side was not giving up. These are also Cam bolts that have an eccentric washer on them that allows for pinion angle and caster adjustment. The nut came off just fine…but the bolt was not going to come out of the bushing…ever! I used every trick I know, including penetrating oil overnight, a torch, a good impact gun, even 3 and 5 lb hammers. It wanted to live right where it was. So, out came the sazall. These are 16mm Grade 10.9 bolts. Make sure you have a sharp blade (or 2) and that they are made for metal. Two cuts with my 18v Ryobi and a Milwaukee bi-metal torch blade finally let me remove the lower control arm axle side bolt. 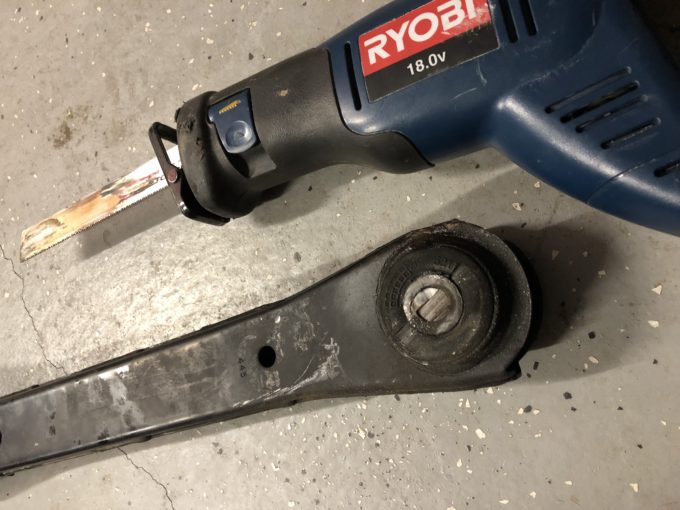 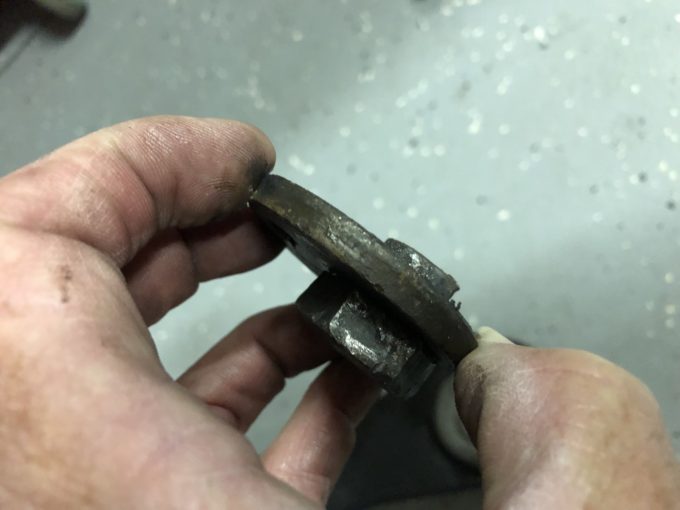 Next up was the frame side bolt on the upper control arm. Apparently Dodge assembled the suspension prior to the installation of the exhaust.  The only way to remove this upper bolt is to either remove the downpipes at the turbo…or do as I did and keep that sawall handy. I cut the head of the bolt off on the inside of the frame. Another blade bites the dust, but, the upper control arm is out. 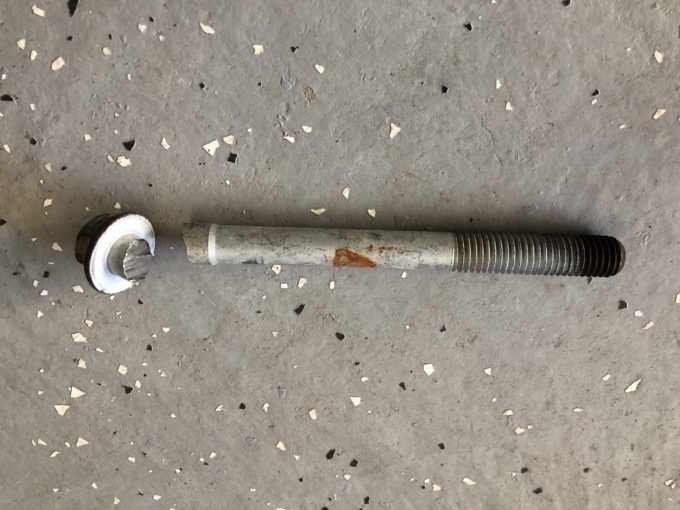 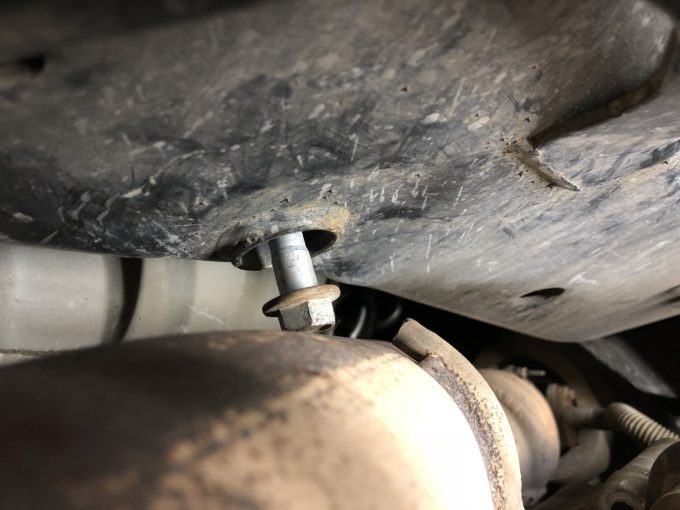 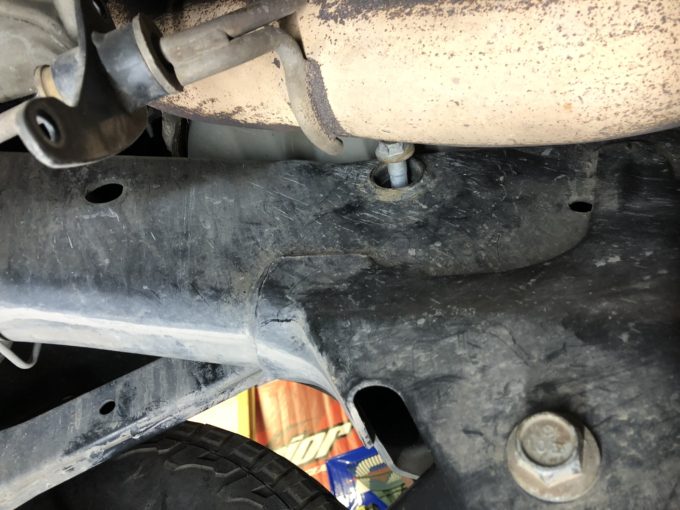 I ventured to my local Dodge dealer for some replacement hardware. The lower control arm cam bolt and washers were no problem, but it would take 4 days for an upper bolt. Hmm. I grab the lower bolt and head out in search or an upper bolt…which shouldn’t be that big of a deal, unless you live in a remote small town in Western Colorado.

So, the dealership, then Fastenal, then Murdochs, then tractor supply, implement shops (John Deere, Kubota, etc)…eveyone could order me one and I could have it in my hand in 3-4 days. One of the guys at an implement shop called a local ACE hardware…score! Kind of. It was the only place in town to find a 9/16” bolt 6” long…they had 3. 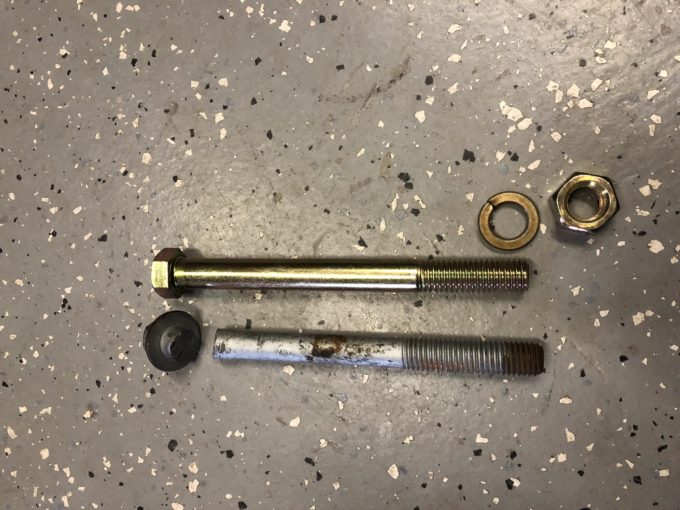 Lesson learned: Make sure you can replace the bolts you cut…before you cut! 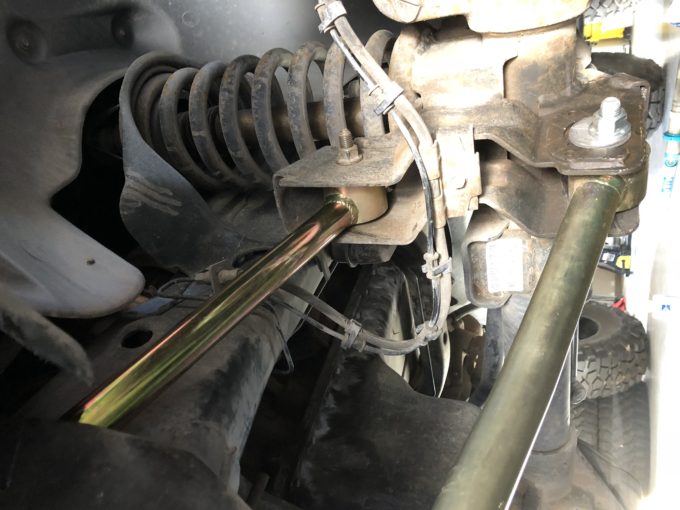