Land Use13 landuse62
HOW ABOUT A FIST FIGHT IN A GAS STATION? About 15 years ago, when I had only a couple decades of land use and...

HOW ABOUT A FIST FIGHT IN A GAS STATION?

About 15 years ago, when I had only a couple decades of land use and access involvement, I finally met my first real “wacko.” I don’t mean the harmless, dress up a like an owl and parade around town kind, I mean the kind that wished me dead.

It started at a gas station where I’d stopped with my motorhome during a trip from northern to southern California. As I was filling up, a frumpy looking guy walked by and said, “How’s it feel to be a pig?” 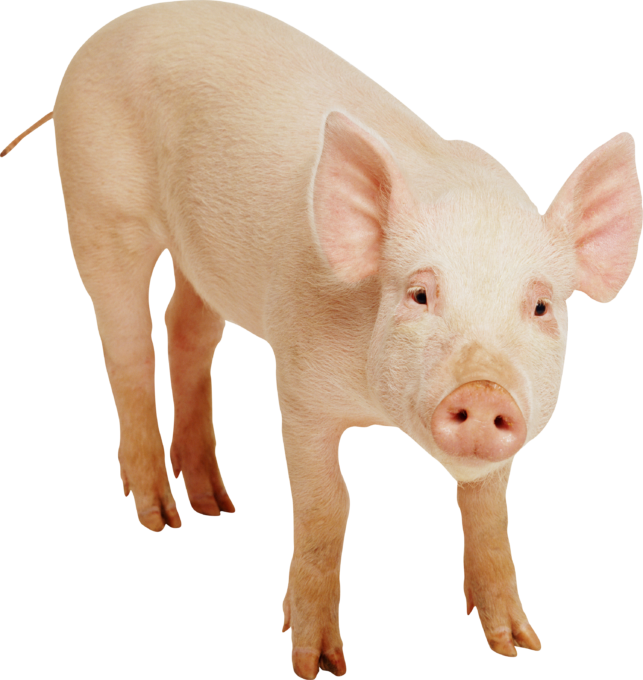 I thought this was a joke or something, so I said, “Fine.” Then as Mr. Frumpy (I’ll call him) continued to walk towards his own car, he said, “You realize you’re the scum of the earth, a pig.”
Now I was really confused. But it quickly dawned on me that he didn’t like my motorhome and figured I was gas pig. So, I asked him if he was calling me scum and a pig over the fact that I owned a motorhome? Well, that did it. Mr. Frumpy went into a tirade, the likes of which I don’t think I’ve ever seen in public. I had pushed his button somehow.

Not only did he commence to call me all sorts of names, but he stood in the middle of the crowed multi-island gas station with women and kids around, and began a vulgar, profane-laced rant about me being responsible for depleting the earth’s resources, for “sucking the earth dry” as he put it. Every fifth word was the f-word. 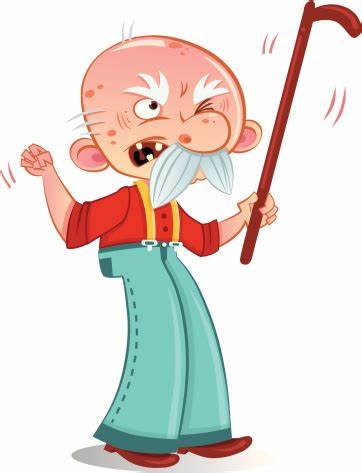 When he caught a breath, I asked him if he got up on the wrong side of the bed or had too much coffee, and if he always talked like this in front of women and children? People were starting to retreat to the safety of their cars figuring a battle was going to ensue.

The more civil and logical I was, the more enraged Mr. Frumpy got. And the more he talked, the louder and more profane he got. He started shouting that I was reason we (the US of A) were at war. Imagine that! My 14-year old motorhome was the cause of war! 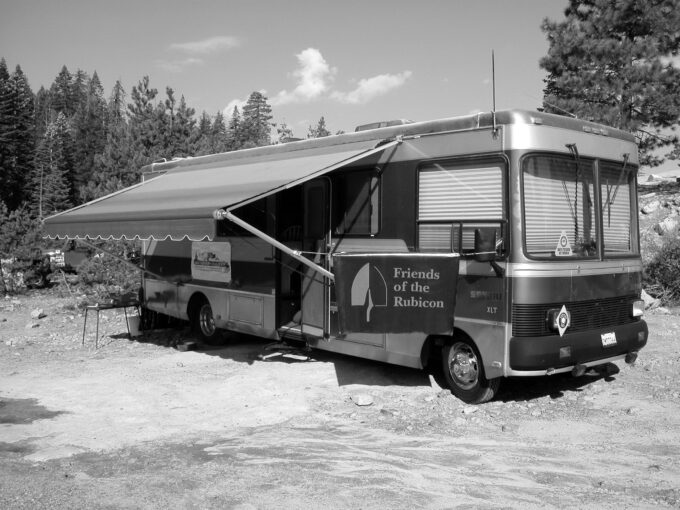 This is the old motorhome that helped launch Friends of the Rubicon (FOTR) but according to Frumpy, probably caused the near end of the world! (LOL)

He kept telling me (and the crowd) that he wished he could come over and kick my #[email protected] In fact, he said that several times — that he wanted to kick my you-know-what. I guess the only thing that kept holding him back was his cowardliness. There was only twenty feet between us. 🙂

With my military background in Special Ops I did not fear him or his foul mouth; but I did worry a bit about collateral damage once I got done with him.

As he continued his diatribe, he again blamed me for the war overseas, and said, “You deserve to die.” He meant it too. He had just wished death upon me. The hate slobbered from his mouth like foamy spit from a rabid dog. I had never witnessed anything so ugly, so hateful, so prejudiced, and so mis-placed. 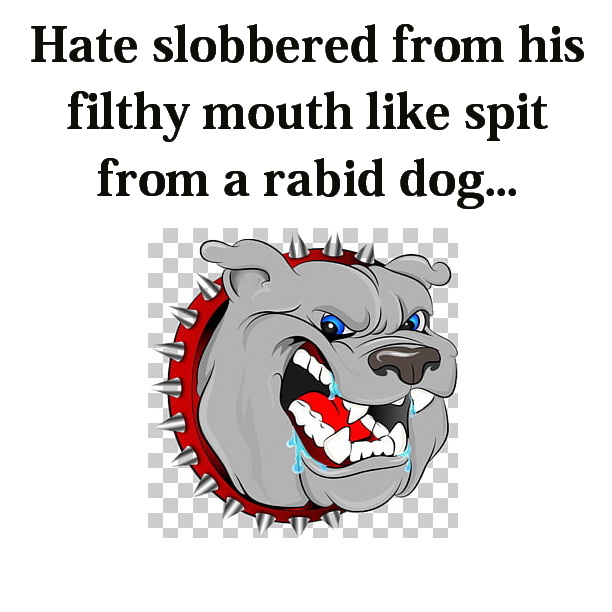 I am not much on name-calling, but “wacko” is the only word I can find that fits this guy. He hated my guts over the fact that I drove a motorhome.

Ouch. At one point in his loud and long-winded verbal assault on me, I asked him if he belonged to the Sierra Club or the Wilderness Society or ELF or any such organization. He mumbled yes, but I couldn’t tell if that meant all, one or what. He didn’t have the courage identify any particular organization.

I’ve met plenty of weirdos and passionate odd-balls in my life, but this was truly my first encounter with a full-fledged wacko. In fact, I actually admire folks who believe in their causes enough to dress up like owls or chain themselves to a tree. They are just passionate about what they believe in and willing to stand up and be counted, whether I agree with them or not.

A lesson for us all

I advocate using diplomacy in such situations — a smile and some honey. Never find yourself on the wrong end of a physical battle or trying to compete for volume in public. Keep the high ground as much as possible. Be the example for others to follow. Let the world see how idiots like Mr. Frumpy are truly wacko and don’t deserve our attention. Always try to maintain control and be logical when you’re arguing with a ding-bat like this — up to a point it will work. But like with Mr. Frumpy, he had a speech (and a threat) to make. Until he accomplished that, he was not going to quit. 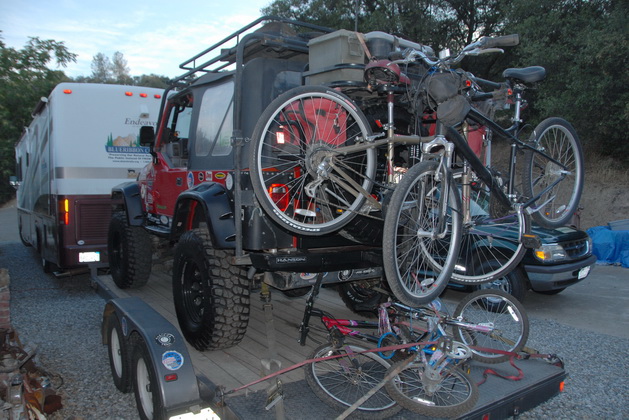 On many occasions we have taken along bicycles with our Jeep — doing our part.

The sad aftermath of this encounter is that I spent the next hour watching my rear mirrors to make sure Mr. Frumpy did not come alongside me with rude intentions. I guess I paid a small price for standing up for what I believe in. I stood my ground with him, even though I kept my smile.

The rest of my trip was tainted just a tad by the encounter. I will not forget that there are Mr. Frumpy’s out there, albeit few and far between. On the other hand, I choose to not allow wackos to dictate my freedom and happiness.

These Are Our Lands; In Our Hands Hot

These Are Our Lands; In Our Hands Hot

ModernJeepers in Death Valley — the Fun, Food and Campfires!