politics4 wildfire8
Getting ready for another fire season in the West, our staff wildfire professional Del Albright paints a realistic picture for ModernJeepers of  how we...

Getting ready for another fire season in the West, our staff wildfire professional Del Albright paints a realistic picture for ModernJeepers of  how we got to where we are on public lands with our Jeeping access and living conditions, what our future might look like, and what we can do about it to end the crying shame.  We also acknowledge and appreciate all the great firefighting professionals who do their jobs — in spite of impossible odds, sometimes crazy politics, and life-threatening dangers.

WILDFIRE DESTRUCTION AND BUG KILLED TREES WILL DICTATE OUR FUTURE.

Public land managers are no longer able to properly manage our forests and wildlands because of “bad” politics. “Bad” politics come from undue influence by special interest groups who many times use “bad” science to promote their hidden agendas.

This is my opinion of the shame we sometimes see when our lands and forests are devastated by wildfire or killed by massive bug attacks, especially in the West.

As always, however, before I even begin, I tip my hat to the federal, state and local professionals who want to and try to manage and protect our public lands.  There are a lot of them.  I was one. 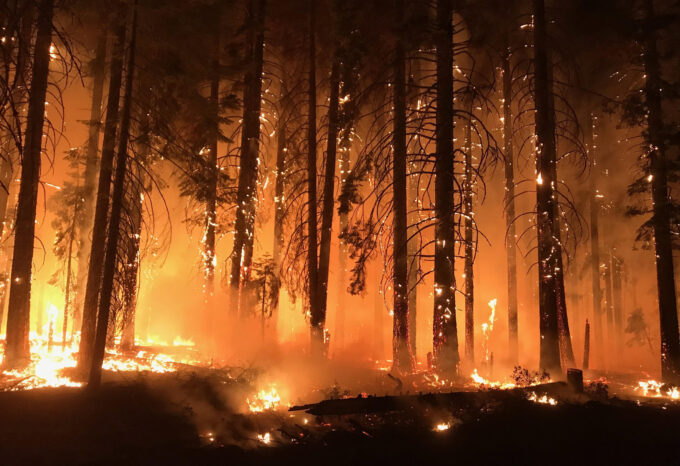 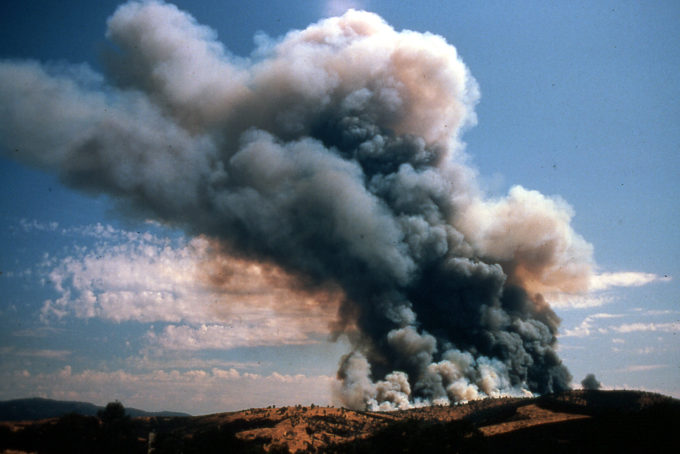 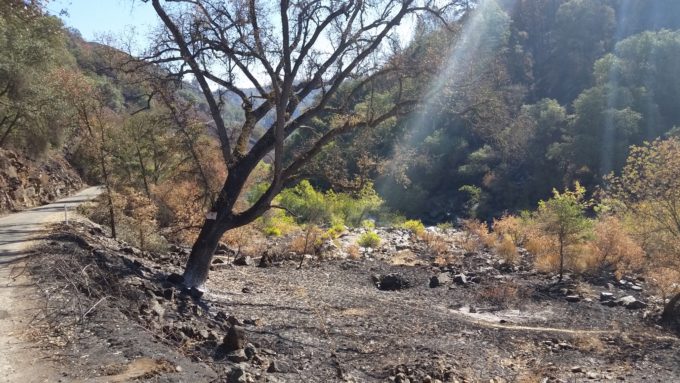 The edge of a wildfire path of destruction 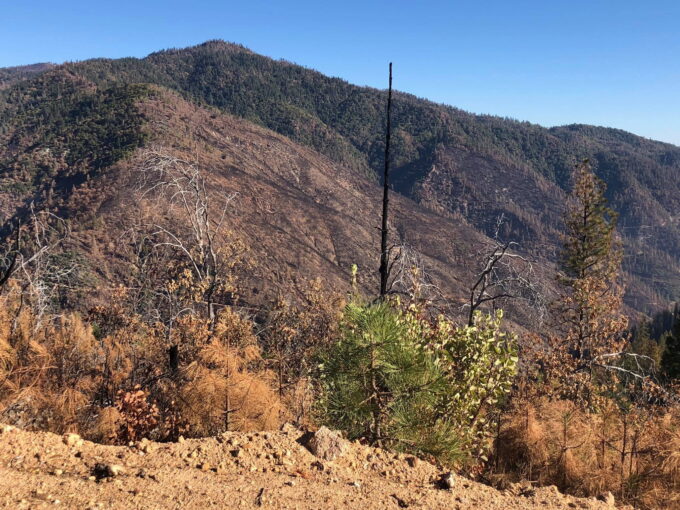 Chappie-Shasta OHV Area (CA) and the raging inferno, the Carr Fire of 2018 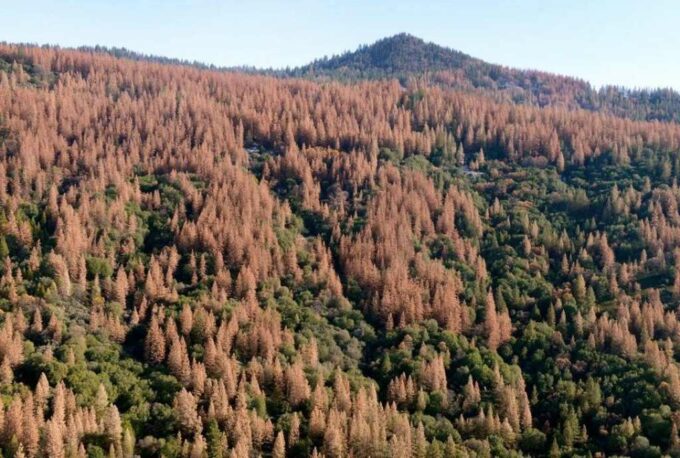 Bugs (insects) have killed millions of trees in the west over the last few years — this is ready to burn!

Thousands of acres of forests and many homes have been lost in recent years because radical environmental groups have influenced elected officials to buy into their rhetoric and bad science.

Crown jewels such as Yellowstone National Park, Yosemite National Park and Sequoia/Kings National Monument have been unnecessarily blackened by wildfire, a few more than once. It’s a crying shame.

Recreationists and homeowners inevitably pay the price. Roads are closed. Forests are turned ugly and black. Restrictions to Jeeping, re-building, and more follow shortly after wildfires. 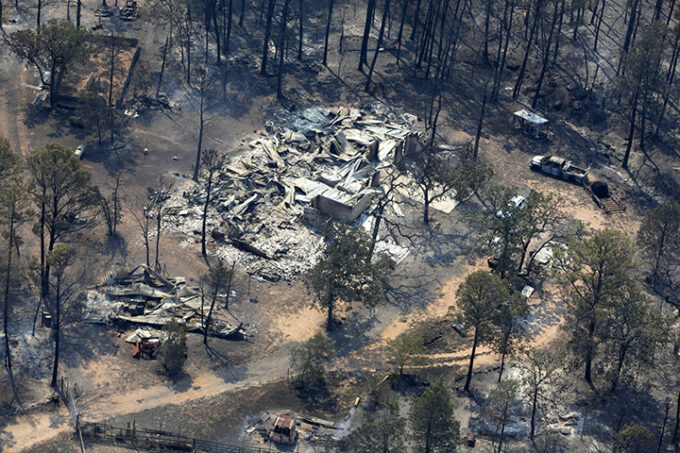 People lose their homes because of some wildfire burning off public land onto their private property. Jobs in the timber, mining, cattle and recreation industry are lost at an alarming rate in today’s political climate. It’s truly a crying shame.

How did we get here?

Wildfire is the result of human impact combined with nature doing its thing (such as lightening). We cannot prevent all forest fires; but we certainly can do a better job of preventing the large and damaging forest wildfires that seem to make the news more and more these days.

Unfortunately, the radical environmental organizations that influence our elected officials have gotten their way too often. Our public lands are being lost, damaged or destroyed because we can no longer thin forests or log timber.  We build too many houses in rural areas without proper fire protection measures.

Further, some federal firefighters are burdened with  massive and restrictive regulations that prevent aggressive firefighting. We can no longer spray or kill bugs that kill trees and make them fire susceptible.  It’s a crying shame.

Wildfire suppression and prevention is possible

Forests can be managed in many ways to maintain a healthy and safe environment. Among those are mechanical fuel reduction, controlled burning, herbicide treatments and good timber harvesting techniques. 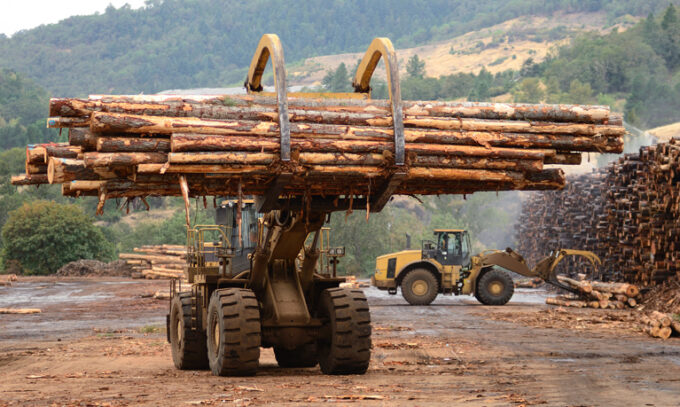 The days of seeing smart forest management through timber harvesting (logging) are about over in the Pacific Northwest due to impossible, unnecessary radical enviro-group pressure.

Large and damaging wildfires can be minimized with good fire prevention, timber management and fuel reduction. However, we cannot expect nature to take its course and keep us safe from fire.

We have changed nature by our mere existence. Now we must manage it. To not do that is a crying shame.

Most, if not all fire managers will tell you that controlled or prescribed fire is a great tool for fire prevention. With prescribed fire, we can eliminate large buildups of forest fuels (large limbs on the ground), without burning down all the standing trees.

It takes some science to do this, though. But when done properly, it gives us a place where the fuel types change enough to allow fire suppression tactics to stop a major fire, for example.

Mechanical thinning and brush control can also aid in this effort. But the tools and authority, as well as the budget to do this must be in place for our public land managers.

Mechanical treatment munches, crunches and masticates the brush along roads like these

Wildfire suppression, prevention and control are not driven as much by science as they are by politics (and radical-enviro influence). In other words management of  public land is environmentally driven (by that I mean folks who would rather not have us out there using the public land).

The National Park Service mentality of what so often appears to be *let it burn in its natural state of fire* is a disgrace in my mind. They have a “minimum requirement” fire fighting plan that really doesn’t let firefighters put out the fire.  Period.   It would OK to let little fires burn the undergrowth or clean up the ground accumulation of fuels; but to let a crowning conflagration rip thru trees that are older than dirt is a crying shame.

2018 gave us the deadliest fire season ever in California, with unheard of and unpredictable wildfire behavior and impossible suppression odds for our brave firefighters with infernos like the Ranch, River (Mendocino), Carr and Camp Fire (Paradise, CA). 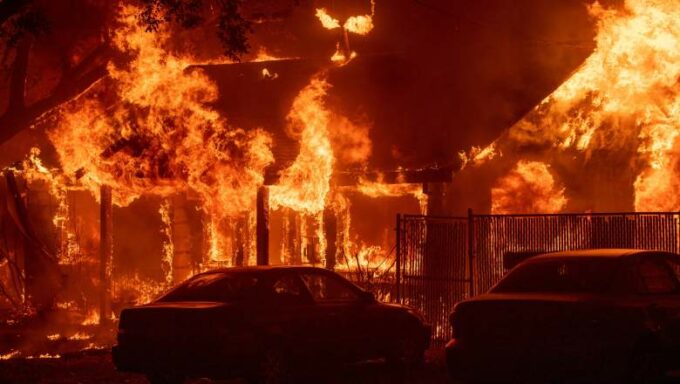 Crazy fire behavior, raging infernos and no hope for a better future with the way we are managing our lands now…

We can’t afford wildfires – certainly not ones we can prevent. We need to get politics under control.  I’ll leave it up to you whether we need to curb new construction or build more dams; but we cannot let this continue.  That would be a crying shame.

No matter how you look at it, if we users of public lands and members of the tax-paying public do not get involved, we will continue lose.

Specifically, we need to:

→First, I believe we should support well thought-out controlled burning and other fuel reduction programs (and yes, the temporary road closures that may come with them). But if we’re not there in the planning process, the gates will outnumber us before too long.

→Second, we must hold bureaucrats and politicians accountable for their actions. It can be a vicious circle, but nonetheless, when politicians cut federal budgets, folks don’t get to go to training like they used to. Experience begins to dwindle. Tools needed to do the job right become less available.

It compounds when money to properly treat the land becomes too tight. Morale begins to wane. Efficiency is affected in everything that takes place in government. It’s all related — much like our ecosystem.

→Third, this is where we the taxpayer should be saying to our elected officials who dictate over many state and federal agencies, that we want qualified folks with experience, doing the right thing for our land. And certainly, we want experienced and qualified fire service folks in charge anytime we’re putting fire on the ground or fighting a wildfire. That may not be the case in the near future unless someone pays close attention.

→Fourth, we need to stand behind our firefighters of all agencies and types!  Support them.  Give to their fund raisers (volunteers especially). Don’t let the politicians pass blame to the firefighters.

That is why I entered the fight. I refuse to let a vocal, well-funded, enviro-eco-driven minority rule the landscape. We need our voice to be raised for competition in the halls of congress.

We’ve got to be there; and every little letter helps! Do your part. Don’t let the management of our public lands continue to be a crying shame.

(Del holds a Master’s Degree based on Prescribed Burning Using Coordinated Resource Management and Planning for Wildlife Habitat. Featured photo is the house of Del and Stacie during the raging Butte Fire of 2015 — thankfully saved).

Get involved in the West with disaster and wildfire OHV/Trail restoration with the Post Wildfire OHV Recovery Alliance (PWORA) here.

Write a hard-hitting letter to your elected officials with these tips here.