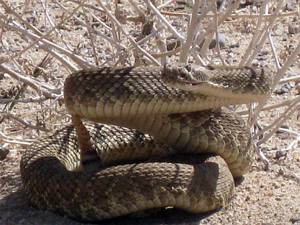 Beware Of Toxins While Off-Road!

Offroad Safety1
Hazards are an accepted part of four-wheeling. Driving off-road, in remote parts of the country (or the world), oftentimes on uneven or (treacherous terrain)...

Hazards are an accepted part of four-wheeling. Driving off-road, in remote parts of the country (or the world), oftentimes on uneven or (treacherous terrain) is naturally risky. But it’s not just mechanical issues we face.

Toxins occasionally present themselves, so it’s important to be aware of the situations that may arise.

The word toxin sounds awful. Well, toxins generally are awful and harmful to the body. But their effects vary. Some generate just mild symptoms (pain, swelling, diarrhea); others can lead to life-threatening situations.

How toxins can enter your body

Injected: Includes bites and stings from bugs and animals. Some critters that carry toxins include rattlesnakes, scorpions, ticks and jelly fish.

Ingested: The most common cause is eating tainted food. Eggs, milk and ground beef are particularly susceptible to delivering pathogens such as salmonella and E. coli.

Remember, anything containing eggs and dairy products must be handled carefully. That includes egg salad, mayonnaise, yogurt and more. Keep chilled to the proper temperature before eating.

Proteins (meat and fish) must also be kept chilled until cooked, then cooked properly. Try to ensure internal temperature of the meat reaches at least 160 degrees.

Water from streams and lakes can contain giardia disease. Treat properly before drinking. Failing to sanitize the water can have nasty consequences for your GI tract.

Less common, though still noteworthy, is poisoning from inedible plants. Mushrooms (fungi) are probably number one here. But even green, leafy plants can make you sick. Foraging is fun – and adds interesting and tasty greens to a meal. But don’t pick anything you’re not sure of. 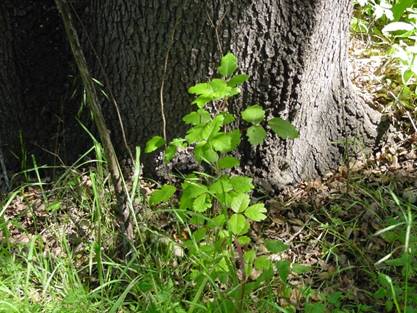 Absorbed: Think poison ivy, poison oak and poison sumac. But the effects depend on the person. Some people simply aren’t allergic to the active agent (urushiol) found in the sap.

Another way to absorb a toxin involves siphoning gas the old-fashioned way (sucking on a hose). Gasoline can quickly be absorbed in the soft tissues of the mouth, and particularly under the tongue. Yes, if it’s swallowed, the gas is then ingested. And the results are equally bad.

Inhaled: Biggest risk is carbon monoxide (CO) poisoning from improperly vented space heaters. Be careful when using in a small space, such as a tent. The furnace in an RV or camper can also cause a build-up of CO if the unit is not functioning properly or not vented well.

How toxins affect the body

Each situation is unique. The effect on the person depends on several factors, including the type and amount of toxin, the person’s age and overall physical condition, and to what extent the person is allergic to the toxin.

In many cases, symptoms are mild to moderate. They can include pain, swelling, and redness at the point of contact. Bug bites and stings are like this (unless the person is allergic).

Food poisoning, the result of spoiled or improperly cooked food, can cause a host of symptoms, primarily in the GI tract. Those include an upset stomach, cramps, gas, diarrhea and overall discomfort. Nausea and vomiting may also be present.

Those symptoms, while initially mild, bear watching. Often the food poisoning will run its course. That’s not a problem if you can control it.

But if symptoms persist – especially more than 24 hours – seek medical attention. If in a remote area, you may need to evacuate.

Constant diarrhea and vomiting cause a loss of fluids, which can lead to volume shock. That’s why it’s important keep the person well hydrated during this period.

Different levels of shock to watch for

Exposure to a toxin can have severe consequences. Effects can be loss of perfusion pressure due to vascular shock, respiratory distress, and sometimes impact to the nervous system.

Vascular shock: A severe drop in blood volume. This can be bleeding caused by traumatic injury, but also through a significant loss from diarrhea or vomiting.

Acute diarrhea and vomiting remove so much liquid, the body is unable to maintain a sufficient level of blood pressure. 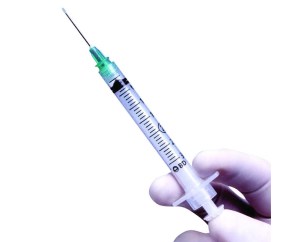 Anaphylactic shock: Respiratory distress that severely affects a person’s ability to breathe. It’s caused by an allergic reaction, typically from bee or wasp stings, but some food items, like peanuts, produce the same reaction.

People with those allergies usually carry an epinephrine (or “eppie”) pen of medication. These situations are serious, and require urgent medical care and an evacuation if epinephrine is administered.

Staffed 24 hours a day, the National Capital Poison Center (commonly known as Poison Control) provides useful advice during an emergency. The agency focuses on poisonings due to prescription drugs, household chemicals, and other products. Keep this number handy:

As with any emergency call, gather as much useful information as you can. Some details to gather:

Helpful additions to a first-aid kit

A good first aid kit typically contains supplies for many injuries or situations likely to occur. To address the issues raised in this article, include these items if not present.

Calamine also relieves painful and itchy skin. It’s particularly useful against poison ivy, poison oak and poison sumac. Hydrocortisone, a topic steroid, works on all these, as well as many bug bites.

Ibuprofen (Advil, Motrin IB and others) is a general pain killer. Useful for mild pain from cramps, minor injuries, muscle aches and others.

Loperamide (Imodium A-D, for example) is effective against mild diarrhea.

I also recommend carrying a pair of tweezers specifically designed to remove ticks. But learn how to properly remove ticks and stinging bugs.

Many outdoor activities present opportunities to be exposed to toxins. Symptoms generally are mild and don’t affect the event. But some cases cause severe reactions in the person. Knowing what to do can make a big difference in the outcome.

If you can treat the person, do so. But if you cannot stabilize the situation in the field an evacuation is necessary.

As we say before any off-road adventure: Prepare, and be aware.