Are Aluminum Body Panels A Problem? We Want To Know!

Jeep35
Inquiring minds want to know! If you are the owner of a newer model Jeep…you know…the ones utilization aluminum body parts…you may experience issues...

Inquiring minds want to know! If you are the owner of a newer model Jeep…you know…the ones utilization aluminum body parts…you may experience issues with your paint. So much so that there is in fact an open Class Action lawsuit filed December 3, 2021 according to information found at ClassAction.org.

The proposed class action alleges automaker FCA US has falsely represented the quality and benefits of the aluminum body panels found on its 2018-2021 Jeep Wrangler and 2020-2021 Jeep Gladiator SUVs.

The 70-page lawsuit claims FCA US has failed to disclose to consumers that the Wrangler and Gladiator body panels, including the hood, doors and fenders, corrode and that the exterior paint found on each affected vehicle’s aluminum body parts can bubble, flake, peel, rust and/or blister due to a “latent defect” that manifests over time. 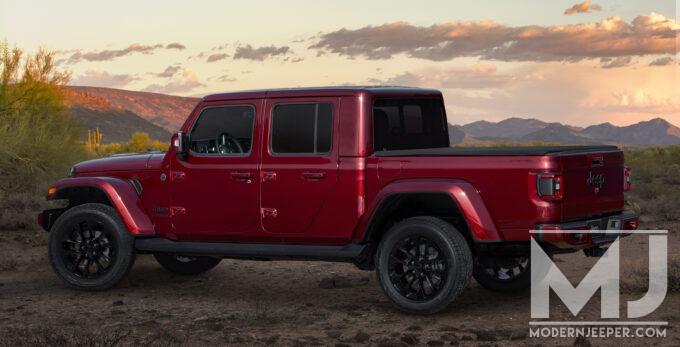 The case contends that drivers had no way of learning that FCA’s representations about the Wrangler and Gladiator aluminum body panels was false given the automaker “failed to disclose and knowingly concealed” the issue in its marketing materials.

“It was only after Plaintiffs has purchased their Class Vehicles that FCA’s incomplete marketing, which omitted reference to the Corrosion Defect, was revealed,” the filing claims.

Per the lawsuit, neither FCA nor its authorized dealers have acknowledged the alleged defect in response to Wrangler and Gladiator driver inquiries. Moreover, owners and lessees who bring their vehicles to FCA dealers for repairs have learned that the provided fixes, even if done properly, do not cure the corrosion problem, the case alleges, claiming drivers have been left to pay out of pocket and gone unreimbursed in the event they need to repaint their vehicle.

According to the complaint, the Jeep Wrangler began to be equipped with an aluminum chassis and body panels with the release of the fourth generation of the vehicles in the fall of 2017. The major design change, from steel to aluminum, was meant to improve fuel efficiency in light of increasingly stricter regulations, the suit relays. The 2020 Gladiator, Jeep’s first new truck in almost 30 years, was also equipped with aluminum body parts, all of which, the lawsuit alleges, suffer from the same design and/or manufacturing defect.

As the lawsuit tells it, FCA, prior to publishing marketing materials on the fourth-generation Wrangler with aluminum body panels, would have required suppliers to test the aluminum to see how it performed in simulated real-world conditions, as well as determine its effect on the vehicle’s paint. The suit alleges FCA thus would have engaged in at least four years of development and testing of aluminum parts prior to incorporating them in the Wranglers and Gladiators at issue. Further still, the complaint relays that FCA US has in the past had to rework certain aluminum components due to corrosion concerns.

Overall, the lawsuit alleges FCA failed to disclose to Wrangler and Gladiator owners and lessees that it was aware of the corrosion problem through pre-production testing, design failure mode analysis and early consumer complaints online and to its dealer network and the National Highway Traffic Safety Administration.

The case goes on to argue that even if the Jeep vehicles at issue were properly repainted, their values would nevertheless be diminished given repainted vehicles are worth less than those with original paint.

The lawsuit aims to cover all persons or entities in the United States, including its territories and the District of Columbia, who purchased or leased a 2018-2021 Jeep Wrangler or 2020-2021 Jeep Gladiator. 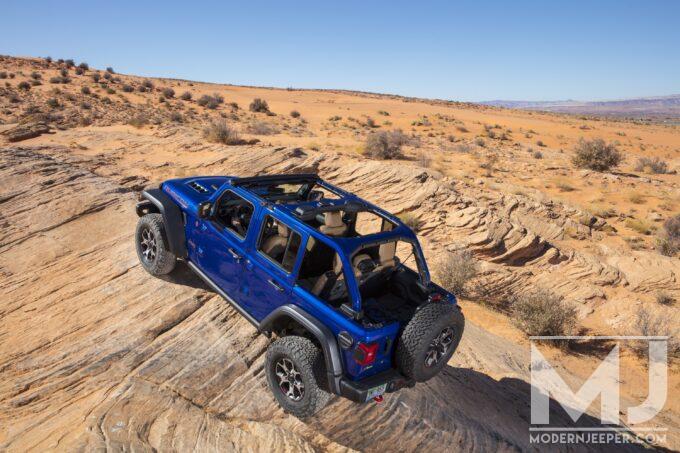 We want to know. Have you experienced problems with your paint?