30x301 landuse69
4-Step Call to Action to Assure Jeeping Recreation The Biden Administration’s pledge to conserve 30% of America’s land and waterways by 2030 is undoubtedly...

The Biden Administration’s pledge to conserve 30% of America’s land and waterways by 2030 is undoubtedly one of the biggest and strongest environmental actions in recent history that could negatively affect where we Jeep.  Land use advocate Del Albright summarizes what this means and what we need to do with a 4-step call to action for all of us to be the eyes and ears.

To Jeepers, America is beautiful at its best when viewed from a backcountry trail.

Known as the America the Beautiful Plan, America the Beautiful, or the 30×30 Plan, this effort (Executive Order N-82-20) will supposedly protect biodiversity, head off some mass extinctions, and help prevent the economic disasters predicted by some scientists associated with climate change. But, as with most media-enhanced programs, this is couched in “climate fix” and global warming.

It’s hard to argue with that wording. It is hard to argue with the goals of conservation, protection, restoration, and saving the earth. But, unfortunately, corporate environmentalism has always found the best emotional language to sell a cause! It’s about saving the world. They have been proven right in a few cases, but in others, it is just a money-building scam!

While we may not want to argue with the wording and goals, we must be at the table where the argument is occurring to have our voices heard. Motorized recreation must be part of the discussions and solutions to changes in the American landscape and public land access. 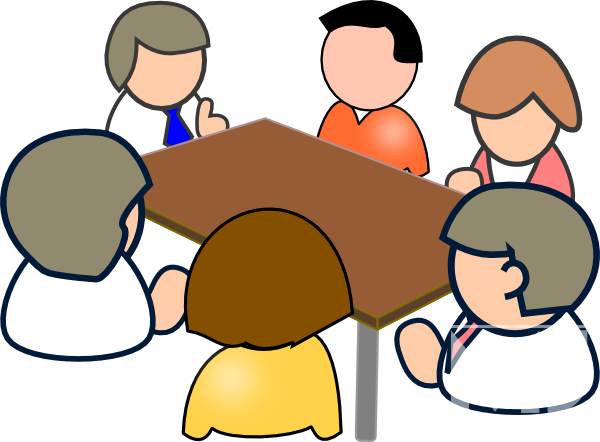 Motorized recreation must be at the table when 30×30 discussions are taking place!

Environmental groups rave over the purposes and possible long-range changes to our world. Some say it’s nice but not enough. The new catchphrase could be 50% by 2050.

As with all programs and changes in how we might do business in America, funding is critical. Money (funding) comes from Congress. We will have to wait and see how our elected officials react in 2023 to spending money on 30×30.

In December 2022, at the “Montreal Summit,” nearly 200 nations met and agreed to “halt and reverse the destruction of nature by 2030.” This means they have a strategic vision and a global roadmap for the “conservation, protection, restoration and sustainable management of biodiversity and ecosystems for the next decade.” **

While not legally binding, the agreement sets the tone, in this author’s opinion, for the next few decades of outdoor recreation in America.

The U.S. was not part of the U.N. Montreal Summit or agreement due to some political gridlock in D.C. (imagine that?). However, as noted here, the Administration developed its own version of 30×30 with many of the same goals/visions.

How did we get here?

If we were to look (briefly) at the evolution of the environmental movement, we know that the 1960s and 1970s started it (for the most part).

1970 Earth Day: had 20 million Americans “protesting” the management of the environment.

1990s era Agenda 21: founded in sustainable development, the most used word in federal land management documents (in my opinion), “sustainable” still rules the day. Agenda 21 is a 40-Chapter master plan to reorganize national laws to the socialist principles of central control.

The 1990s – 2000: The Wildlands Project asked for 50% of the U.S. to go into “wildlands.” It would create corridors along streams, rivers, and mountain ranges that interconnect the core reserves. Then create buffer zones around land not in core reserves to manage them sustainably.

1992 Rio Earth Summit: United Nations Conference on Environment and Development; a blueprint for international action on the environment with 179 countries, ensuring sustainable development.

The 2000s to the current era: Along came “programs” and slogans like Global Warming, Climate Change, Sustainability, Habitat Connectivity, Sustainable Development, and more.

If you add all these together with 30×30, they lead us to the same conclusion – this appears to be radical preservation couched as conservation with a new media face at every turn.

12% of American land is within permanently protected areas today. So, where will the additional 18% come from? Private land? More Wilderness? Closures and gates? And just for clarification, 30% of American land and waters is about 720 million acres.

Scientists say that 17% and 10% of the world’s terrestrial and marine areas are under current protection. **  So, when they make the jump to 30%, our landscape access is going to change a lot!

The 30×30 Plan wants to change the wording on what constitutes conserved land – make it more acceptable to the public.   Further, this Initiative is heavily ironing out tensions that have existed for decades between conservation programs and Native American ancestral land.

There is so much more to this. Everyone in the motorized recreation world needs to pay attention to the changes in public land use and access. When we hear/read words like “sustainability,” “biodiversity,” or even “conserve,” we now need to take a second look. In the author’s opinion, while some positive conservation may come from this Initiative, the plan is insidiously sneaking up on more restrictions and closures for Jeepers and all forms of motorized recreation. 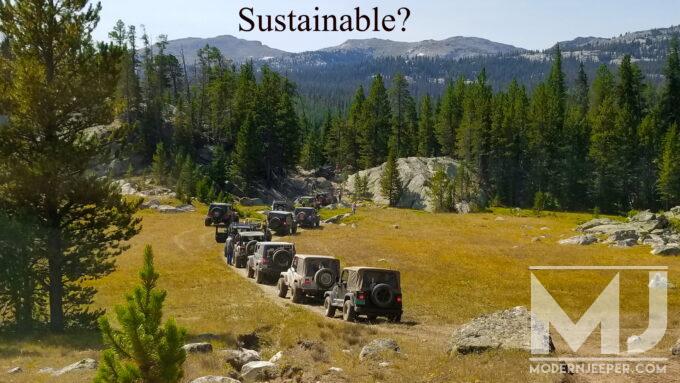 Jeeping recreation and the trails we use must be sustainable — and we are the ones to make that happen!

Here is what we need to do.

First Step = Be Involved: Do your part to ensure “they” hear the voices of Jeepers by joining every organized recreation group that makes sense to you, so we have the resources (and numbers) to be a significant voice in 30×30.

Second Step = Learn: Take a few minutes and cruise the internet for more info to increase your understanding of the “Biden 30×30 Initiative.”

Third Step = Write Letters: When your favorite motorized recreation group fighting to protect your recreational rights asks for letters of support, write them!

Fourth Step = Be the Eyes and Ears: The most important thing all Jeepers can do is when you see or hear “stuff” that looks like 30×30 sneaking up on us, speak up! Get ahold of your group/organization’s landuse/advocate/leader and let them know the details.

If we all do our part and pay attention to any walls closing in on us, then we can ensure our Jeeping access to public lands for responsible motorized recreation stays solid while being part of the solution to sustainable recreation. 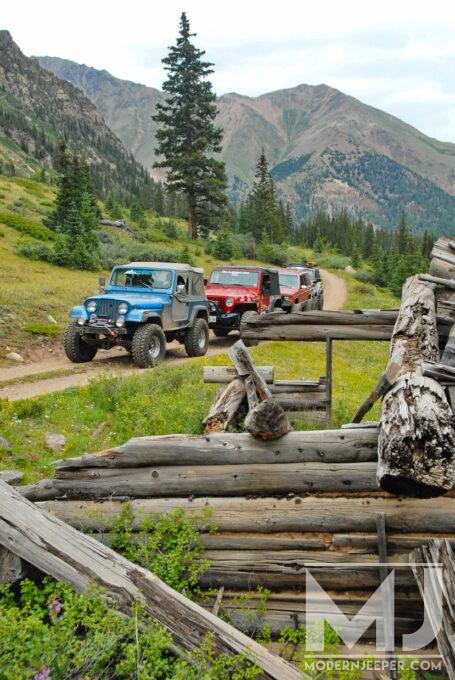 Let’s all make sure this is in our future!

(Note: Permission to share is granted to motorized recreation-friendly outlets.)